Where would the horror genre be without our iconic killers? Freddy Krueger, Jason Voorhees, Michael Myers, and Chucky have been slicing and dicing victims since the 1980s and are some of the most recognizable faces in pop culture, let alone horror. By now, dear reader, you know how much I deviate from the norm and love celebrating the underrated and underappreciated. What better way to continue the tradition than with “Five More Underrated Female Villains,” the third article in my series highlighting some of the infamous killer ladies of the horror genre who deserve more time in the spotlight.

While they may not have the star power of Jason, Michael, or Freddy, these ladies are no less bloodthirsty and dangerous, and they have no qualms with leaving trails of dead bodies and misery in their wake. These ladies aren’t the Pamela Voorheeses or Jennifer Tillys of the horror genre, but they know how to have a bloody good time, and each has made her mark in some way on the genre.

Without further ado, here are five more underrated female horror villains. Be warned: I will be discussing spoilers from movies and television, so consider this your official spoiler warning. 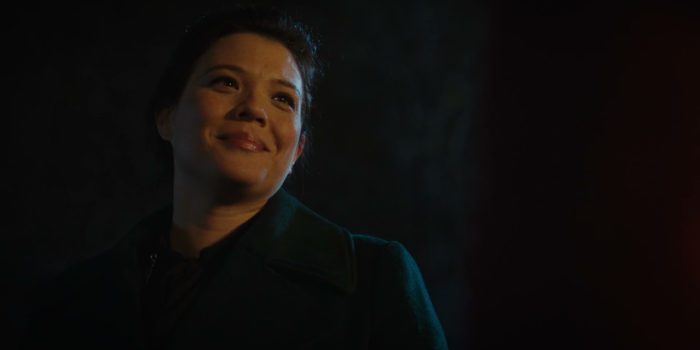 I knew there was something magnetic about Dr. Persephone Trinh when she appeared on screen in the horror anthology television series Slasher‘s fourth season titled Flesh and Blood. It wasn’t that I’d seen the actor before—Jeananne Goossen appeared in the pilot episode of The Following, alongside Kevin Bacon—it was that she radiated mystery and charm.

At first glance, she’s a professional woman who’s come to help Spencer Galloway, patriarch of the Galloway (David Cronenberg) family, with an assisted suicide after he’s diagnosed with stage 4 lung cancer. Dr. Trinh is quickly established as one of the only people Spencer trusts. When he is murdered by masked killer The Gentleman, it’s Dr. Trinh who’s left to carry out his wishes and oversee the lethal series of games his family is forced to participate in to secure Spencer’s fortune and estate. One can’t help but feel bad for Trinh; she’s stuck on an island with a terrifying killer and a family of selfish dirtbags, most of whom believe she was responsible for Spencer’s death.

The family’s paranoia gets the better of them, especially as The Gentleman gruesomely (and I mean this to my core—this show gets NASTY) claims more victims. One member of the Galloway clan, Florence, becomes violent towards Trinh and chases her through the woods, culminating in a standoff near a woodchipper. Florence causes Trinh to fall into the woodchipper and turns it on, seemingly killing her. But there is way more to Trinh than meets the eye, and she prepared for such an altercation. Why? Because Trinh is The Gentleman.

It doesn’t seem surprising now, but as a viewer, I legitimately thought Trinh was dead. There was even plenty of blood and chopped-up guts to confirm my assessment, but Trinh fooled the Galloways (and myself) by using the blood and entrails from one of her previous victims as her own. After faking her death, Trinh continues her killing spree and makes the Galloways’ lives a nightmare.

Trinh is fun to watch because of how she relishes violence and bloodshed. Death is her game, and she’s a cruel master. When the surviving Galloways catch Trinh, she reveals that Spencer knew about her brutal nature and allowed her to butcher his family in a series of games to determine his heir. Trinh lusts for violence and bloodshed, and the Galloways made perfect targets with their secrets and lies.

I petition Shudder to make a Trinh prequel series about her early days as a murderess. She was an absolute blast of a villain and rightly deserved her top spot on this list. 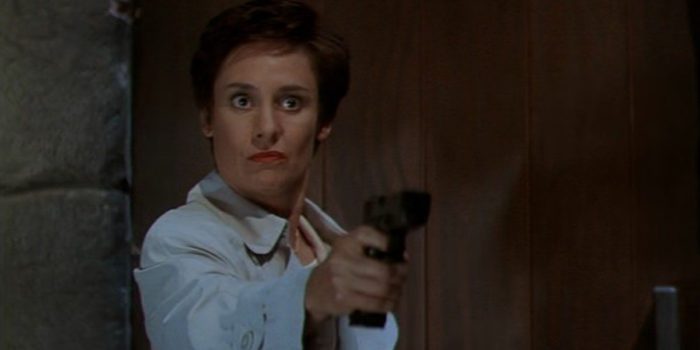 Watch out, Pamela Voorhees—Mrs. Loomis (Laurie Metcalf) is in town and looking for blood. Mrs. Loomis, who initially presents herself as a mild-mannered and eccentric local reporter, is the primary antagonist of Scream 2 and the mastermind behind the second Woodsboro massacre. She’s driven by vengeance following the death of her son Billy, one of the original Ghostface killers whom Syd kills at the end of the first film. Mrs. Loomis ropes the unhinged and fame-hungry Mickey Altieri into her schemes and starts targeting Syd and her friends as they try to move forward with their lives and attend college. Mrs. Loomis’ mission is deeply personal. Not only did Sydney kill her only child, but Sydney’s mother and Mrs. Loomis’ husband also had an affair, destroying her family life.

Mrs. Loomis doesn’t have a lot of screen time in Scream 2, but once the gloves come off and she reveals herself as the driving force behind the second spate of killings, the vengeful mother totally devotes herself to insanity and very nearly puts an end to Syd’s Ghostface fighting days. The thing the killers of the Scream films never seem to understand is that you don’t mess with Sydney effing Prescott. While her body count is lower than any other killer on this list, Mrs. Loomis gets points for her maniacal motherly act and for killing fan-favorite Randy Meeks.

The Director, The Cabin in the Woods

The Director, from the 2011 horror comedy film Cabin in the Woods, has the shortest amount of screen time of any villain on this list, but don’t let that fool you. She’s in charge of overseeing The Facility and keeping the Ancient Ones—gods who used to rule the world—from destroying the Earth, which she does by sacrificing youthful innocents in their name. You could argue that the Director is trying to save the world, but as Marty—one of the survivors—points out, her actions led to the deaths of his friends.

The Director is the epitome of what we sacrifice to ensure our survival. The other survivor, Dana, briefly seems to consider the Director’s words, but before she can shoot Marty, she’s attacked by a werewolf and drops her gun. Marty and the Director fight over it, with the Director determined to kill Marty and save the world. She comes close to succeeding until Patience Buckner, a member of a killer cannibalistic family, puts an ax in the back of her head.

The Director is interesting because the audience can almost sympathize with her viewpoint. She’s trying to protect the Earth, even if it is at the expense of five people every few years across different cultures. Also…what’s not to love about the casting of Sigourney Weaver in the role? 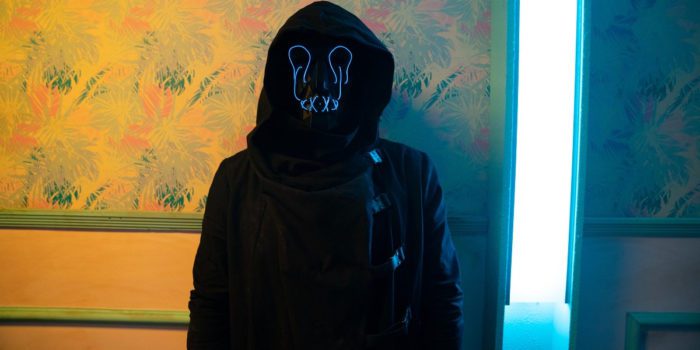 Slasher: Solstice takes place over 24 hours during the summer solstice and focuses on the residents of the Clayborne apartment building who are targeted by the Druid Killer one year after the deaths of two of the people who lived in the building. One of them is the mother of Jen and Connor Rijkers, and her death has a terrible impact on the siblings which leads to plenty of blood and violence.

Jen Rijkers (Mercedes Morris) is the second villain from the horror anthology Slasher to end up on this list and rightfully so. After her mother is driven to suicide from cyber harassment, Jen vows to bring justice to those responsible. She and her brother don the mask of the Druid Killer and begin targeting the people in their apartment building who were connected to their mother’s suicide. Like Debbie from Scream 2, vengeance drives Jen, and she delivers some of the most graphic kills of the season.

In the end, her best friend Saadia kills Jen in a struggle over an ax, but she leaves her mark on the series by delivering truly gruesome kills and sporting one of the coolest masks in the horror genre. 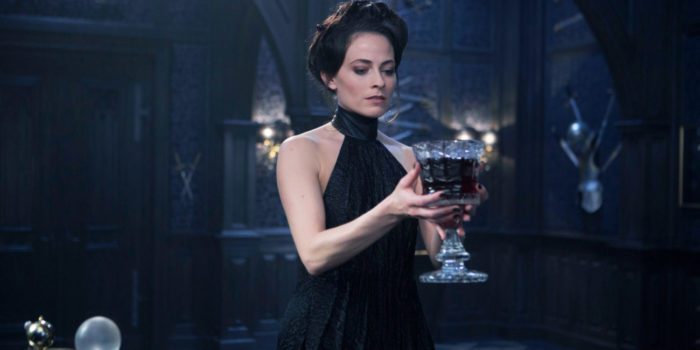 Semira (Lara Pulver) is an ancient vampire and the leader of the Eastern Coven. Following the Purges, which nearly wiped out both vampires and Lycans, Semira was appointed to the Vampire Council and tasked with finding Selene, who was responsible for the deaths of vampires Viktor and Marcus Corvinus. Semira appears to be an ally of Selene’s and personally vouches for her.

However, she has plans to take power away from the rest of the Council and inject herself with Selene’s blood, which will make her a more powerful vampire. Semira is ambitious, cruel, determined to consolidate power at all costs, and has no problem killing her underlings.

Though she’s seemingly killed at the end of the movie, considering her strength and abilities, there’s a slight possibility that she survived. Vampires make the best villains, and Semira has all the classic vampire traits—beauty, charisma, intelligence, and a desire for power—that often lead to their undoing.