I have a confession to make—I’m not a big fan of slashers. I know, that’s borderline heresy for a guy who writes about horror movies, but it’s true. Stories about a villain who just walks around killing people tend to bore me, so I usually gravitate towards other kinds of horror, like ghosts and monsters. But that’s not to say I avoid the subgenre entirely. While your more straightforward slashers like Friday the 13th, Prom Night, and Sleepaway Camp aren’t my cup of tea, there are some other, less conventional ones that I do enjoy. I even have a small slasher section in my Blu-ray collection.

So if you’re in the market for some slasher recommendations for people who don’t like slashers, I’m your guy. Whether you’ve been trying to dip your toes into this subgenre but you just can’t seem to find anything you like, or you’re a slasher aficionado yourself and you want to find some common ground with friends who have different tastes in scary movies, I’ve got you covered. Here are five of my favorite slashers that can appeal to a wide range of horror fans, even those who normally prefer other kinds of fright. They’re perfect gateways into this time-honored brand of terror, so you’re sure to find something here for even the most slasher-averse horror lovers in your life. 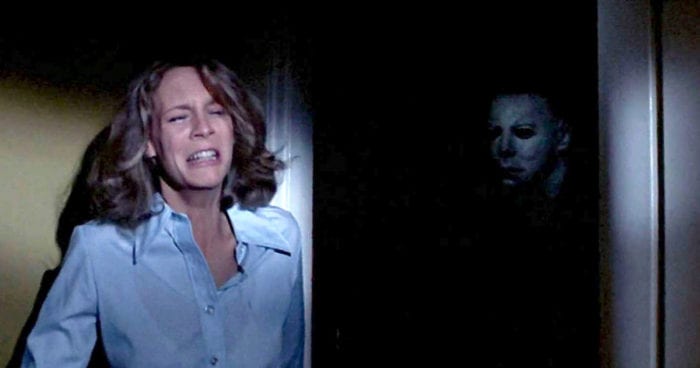 Let’s start with the most obvious movie on this list. Halloween isn’t just arguably the best slasher ever made, it’s one of the best horror movies of any subgenre. What makes it so great is also what gives it a broad appeal beyond the typical slasher fanbase.

For the first half of the movie, he simply stalks Laurie Strode for no discernible reason, and it’s super creepy. You’re never sure what he’s planning or when he’s going to strike, so whenever he’s on-screen, the tension immediately ratchets up to eleven because you know it could be the time when he finally lashes out.

Then, when Michael does go on his inevitable killing spree, it’s a welcome change of pace. It keeps the story fresh and turns Halloween into the perfect mix of two different kinds of horror, so the film totally works for a non-slasher fan like me.

A Nightmare on Elm Street 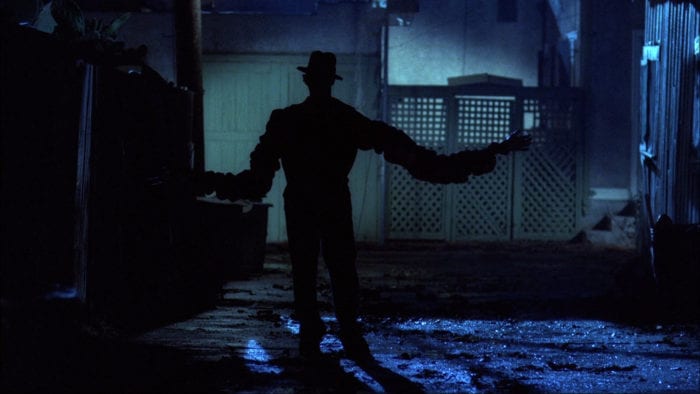 At his core, Freddy Krueger is basically a ghost. Sure, he may be different from any other ghost we’ve ever seen, but he’s essentially just the soul of a dead guy who comes back to haunt the living. And when he’s on-screen, he’s just as dangerous as any other evil specter. He can appear anywhere and at any time during his victims’ dreams, he can distort and change his body in unnatural ways, and he can control the environment around him.

This supernatural element sets the film apart from its slasher peers, making for a very unique viewing experience. It’s just as much a ghost movie as it is a slasher, so it can appeal to fans of both subgenres. And like I said before, I’m a big fan of ghosts, so A Nightmare on Elm Street is hands down one of my favorite slashers ever made. 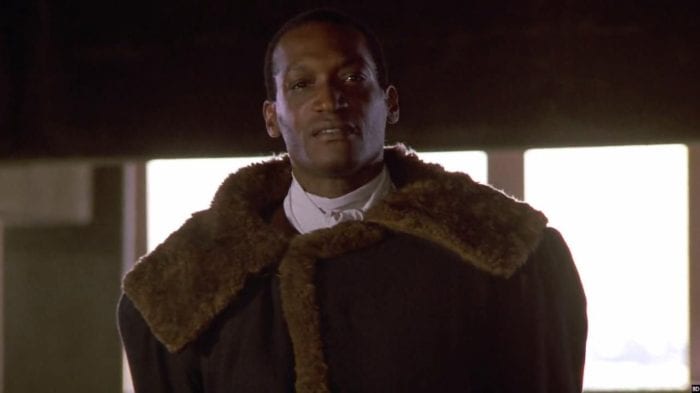 It would be easy to just call Candyman another ghost story and say that it can appeal to non-slasher fans for the same reason A Nightmare on Elm Street can, but that’s a bit of an oversimplification. It’s true as far as the comparison goes, but it doesn’t go far enough. For me, the big appeal of this movie isn’t just that it’s a ghost movie. Rather, I love it because it’s about an urban legend.

See, I grew up hearing urban legends from my friends and classmates. For example, as a child, I was terrified to say the name Bloody Mary in a mirror, and the kids at my elementary school used to talk about a killer named Smiley who lived in the school’s basement. These were some of the stories that helped form me as a young horror fanatic, so even though I no longer believe in them, they still hold a special place in my heart.

When I watch Candyman, it brings me back to my days as a kid hearing all those stories about monsters and maniacs, and I’m sure I’m not the only one. A lot of people heard similar stories when they were young, so watching this movie can stoke the same flames of nostalgia for them, too. It can tap into some of their most formative experiences as budding horror fans, so they don’t need to be slasher fans to appreciate this film. They simply need to be kids at heart who love to hear spooky stories that just might be true.

Behind the Mask: The Rise of Leslie Vernon 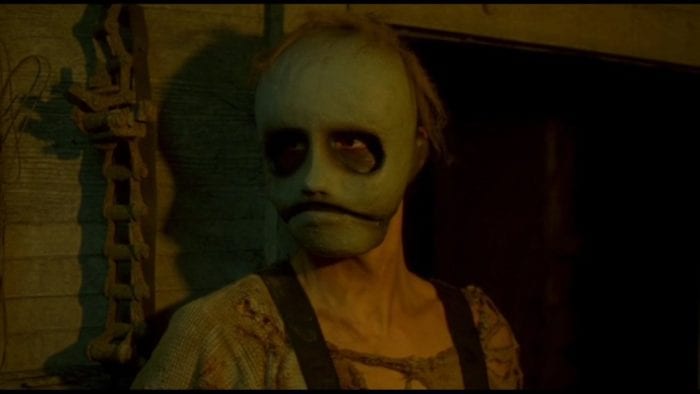 At first, Behind the Mask: The Rise of Leslie Vernon might seem like an odd choice for this list. It’s about an aspiring young slasher named Leslie Vernon who lets a documentary crew film his intense preparations for his first job, and it’s a love letter to the slasher movies that came before it. It lovingly pokes fun at the clichés and conventions of the subgenre, so you’d think it wouldn’t hold much appeal for non-slasher fans.

But you’d be wrong because I, for one, love this film. Yes, it’s a love letter to a subgenre I’m not a big fan of, but it’s so good that even non-slasher fans can appreciate the way it plays common slasher tropes for laughs. To take just one example, there’s a scene where Leslie explains that he needs to do an insane amount of cardio to be able to keep up with running victims but still look like he’s just walking. It’s a really funny joke that’s accessible to everybody, fan and hater alike, and the rest of the movie is like that too. It plays on clichés that most people are aware of, so you don’t need to love slashers to enjoy Behind the Mask. You just need a good sense of humor and a decent familiarity with the well-known tropes this subgenre uses over and over again.

The Cabin in the Woods 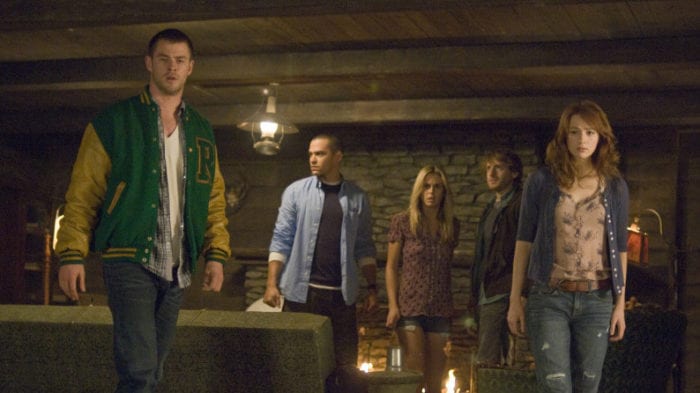 If you liked Behind the Mask, then you’re going to love this next movie. Not only is The Cabin in the Woods a great slasher, but in my opinion, it’s also the ultimate horror-loving horror movie. It’s about a group of college students who travel to a cabin in the woods and then get picked off one by one by a group of monsters. So it’s definitely a slasher, but that synopsis barely scratches the surface of what this film is really about.

Like any good meta-horror, it also alludes to tons of different movies, monsters, and genre tropes, but what really sets this one apart is the way it pays homage to horror fans as well as horror films. For example, there’s a clandestine organization that’s secretly pulling the strings behind the scenes, and when the people who work there watch the main characters get killed by the monsters, they react the same way we fans often do when we watch our favorite movies. On top of that, this film also has a bonkers third act that completely bursts the bounds of the slasher subgenre and turns into the kind of horror mashup fans will drool over.

So if you like horror at all, you’re bound to get a kick out of The Cabin in the Woods. It puts so much extra meat on the bones of a typical ’80s slasher plot that you won’t even notice you’re watching a slasher. You’ll just know that you’re enjoying the hell out of it, and that’s all that really matters.