Welcome to the third entry of the “Horror Movie Victims Who Should’ve Survived” series, in which I take a look at the characters in horror movies who, despite their best efforts, couldn’t beat death and didn’t survive their respective film or franchise. Making it alive to the end credits in a horror film, much less multiple, is no easy task, and death could appear at any time, even when we think our onscreen faves are safe and in the clear. Sometimes it doesn’t matter how sympathetic or relatable a character is or how integral they are to the film’s plot; if a bloodthirsty filmmaker marks a character for a date with the grim reaper (or an insane, unstoppable, masked brute), then their fate is sealed. There’s little we as the audience can do other than placing our bets on who we think will make it out alive.

Unfortunately for the characters on this list, death snared them in its ugly sadistic claws. It’s a shame because most of these entries were likable and fought like hell, while others seemed to be at the beginning of consequential story arcs when their early demises left audiences scratching their heads, screaming in rage, and wondering how things would’ve turned out if these characters survived. Without further ado, here are even more horror movie victims who should’ve survived. 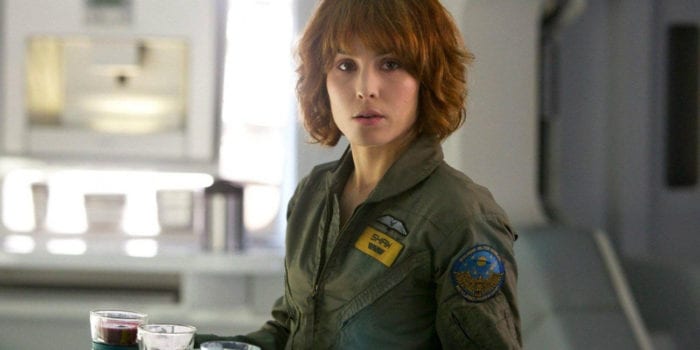 Perhaps there’s no embodiment of a character cruelly dispatched at the height of a consequential story arc quite like Dr. Elizabeth Shaw (Noomi Rapace). The protagonist of Ridley Scott’s 2012 sci-fi horror flick, Prometheus (the fifth film set in the Alien franchise), Dr. Shaw is the last human survivor of a doomed expedition seeking the origins of humanity. In the final moments of Prometheus, Shaw and the duplicitous android David (Michael Fassbender) steal an alien ship and set out to find the Engineers, an advanced species credited with the creation of humanity.

Shaw is a fascinating character torn between the crossroads of science and religion. As an accomplished archeologist, the question of humanity’s origin is always on her mind. Unlike other characters in the film who seek knowledge as a means of exploitation, she seeks knowledge out of pure curiosity and a desire for growth. By the film’s conclusion, Shaw’s faced down horrifying alien threats, the deaths of her loved ones and fellow crew, and an emergency C-section she PERFORMS ON HERSELF after being impregnated with an alien lifeform. She’s a survivor through and through, which is why her fate in the proceeding film, Alien: Covenant, is so frustrating.

Instead of focusing on Shaw and David’s quest, Alien: Covenant takes the series in a different direction and introduces a crew of colonists who hear a recording of Shaw singing in space and investigate a nearby planet. They’re horrified to learn that David killed Shaw and used her DNA to create several xenomorph variations. What a “thank you” for putting him back together. It’s a gruesome and twisted fate for the brave and illustrious Shaw, and it’s clear her demise was a result of behind-the-scenes machinations and studio interference to return the franchise to its classic and familiar roots. The results sent Shaw to the chopping block, prematurely robbing the series of a compelling protagonist. 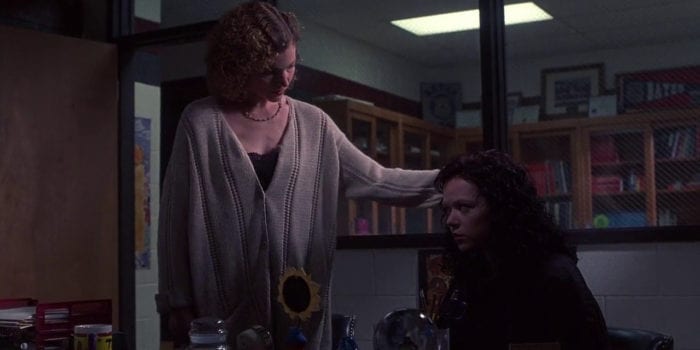 The Rage: Carrie 2 is a 1999 sequel to the Brian De Palma flick no one asked for, but that ended up being not an absolute misfire, thanks mainly to the returning Sue Snell—that is until the movie unceremoniously kills her. In the first film, based on Stephen King’s novel, Sue (Amy Irving in both films) is a high school student who initially participates in the bullying of outcast Carrie White (Sissy Spacek). She feels guilty and arranges for her boyfriend to take Carrie to the prom. The night ends in horror and bloodshed when her classmates cruelly dump a bucket of pig’s blood on Carrie’s head, causing Carrie to unleash the fury of her telekinetic abilities. Sue is naturally traumatized by the events, but she resolves to learn more about Carrie’s powers. She becomes a guidance counselor and eventually meets a student named Rachel Lang (Emily Bergl), who displays the same telekinetic abilities.

Sue discovers Rachel is the daughter of Carrie’s father, and she tries to help Rachel come to terms with her abilities. Unfortunately, Rachel’s powers violently manifest when she’s bullied and humiliated at a mansion party. Desperate to prevent a massacre, Sue and Rachel’s mother attempt to force their way past the locked mansion doors, but Rachel flings a fire poker which tears through the front door and accidentally impales Sue through the head. Her death is an enraging moment because of how invested the film makes us feel in her emotional journey. The storytelling potential of Sue tracking down people with incredible abilities and helping them cope is fascinating and could’ve left Sue as the horror genre’s version of Professor X. Sadly, her journey was cut short, though the endless parade of reboots of Carrie promises the character will never truly die. Still, Amy Irving brought warmth and vulnerability to the flawed character, and it felt like her version of Sue had more story to tell. 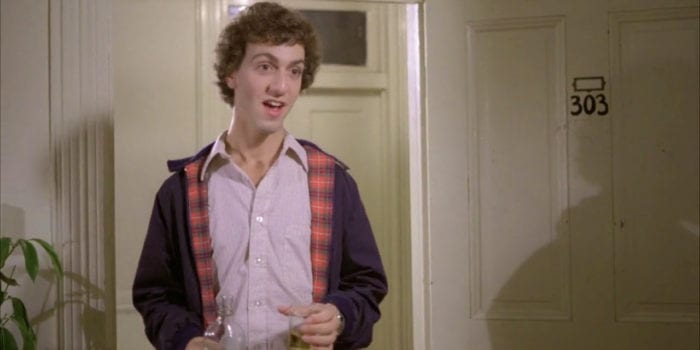 Poor Radish. Nerds aren’t always guaranteed safety in horror films, despite their knowledge of the genre, and the cautious and anxiety-prone Radish is an early example. Before the similar character of Randy graced our screens in the Scream franchise (more on him later), Radish (Joel S. Rice) appears in the 1981 underrated slasher flick, Final Exam, which follows a bloodthirsty killer picking off students at a mostly abandoned college days before summer vacation. Radish is friends with likable Final Girl Courtney (Cecile Bagdadi) and has a morbid fascination with the macabre (don’t we all?), but that doesn’t spare him when death comes knocking.

At the beginning of the film, a fraternity pulls a twisted staged mass shooting as a prank to buy the students more time to study for their final exams. Radish calls the police in a panic, but they admonish him for wasting their time when they arrive. Seriously though, who can blame him? That’s one demented prank. It spells doom for Radish later when he discovers the very real bodies of his murdered friends, and when help doesn’t arrive, Radish attempts to save Courtney. He arrives at her dorm only to be pulled through the door by the killer and murdered offscreen. Every Final Girl needs her nerdy best friend at her back, but the genre doesn’t care, and more often than not, the nerds bite the dust. Radish was among the last of the killer’s victims, and even though he may pale in comparison to the more iconic Randy, I still had my fingers crossed that this confusingly named horror fan would make it out alive. 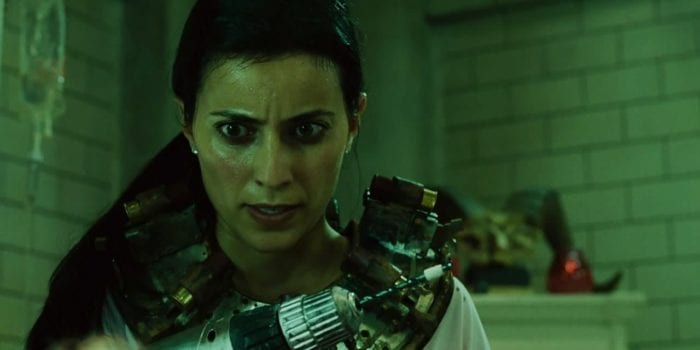 The Saw franchise is known for gleefully and gruesomely butchering its characters, most of whom deserve the bloody vengeance dealt to them by the Jigsaw killer, John Cramer (Tobin Bell). However, occasionally a character less deserving of a horrifying fate finds themselves entangled into Cramer’s traps and twisted games, and Saw III‘s Dr. Lynn Denlon (Bahar Soomekh) is one such character who didn’t deserve her grisly end. When her husband Jeff is forced into John’s games, his apprentice Amanda kidnaps Lynn and forces her to operate on the terminally-ill Cramer. Amanda fits Lynn with a shotgun collar that will kill her if Cramer dies. Throughout the horrifying experience, Lynn gains a new appreciation for life and her family. She might not be a perfect character, but due to the tragedy of losing her son and the erosion of her marriage, it’s not hard to see why Lynn was pushed to extreme lengths to find some solace, even if it meant neglecting her surviving family. Her time with Cramer and the unstable Amanda is suspenseful and intense, and she’s forced to think on her feet to keep Cramer alive. Lynn was pushed to her breaking point, but she pulled through, and I hoped she would live to save more lives in the future. Even when Amanda shoots Lynn, it seems like she’ll make it to end in mostly one piece.

Despite the game testing him on his worst qualities, Jeff’s impulsivity and desire for revenge ultimately lead to Lynn’s death. After completing his trials, Jeff finds Cramer, Amanda, and Lynn and shoots Amanda. Not realizing that Lynn’s fate is connected to Cramer’s, Jeff slashes his throat with a power saw, and the shotgun trap activates, blowing Lynn’s head into a million little pieces. It’s a dark ending to the film, but this is the Saw franchise we’re talking about, and horrible deaths are the name of the game. Lynn’s new appreciation for life and desire to be a better mother wasn’t enough to save her from the grave, but did her actions and mistakes really justify her forced participation in Jeff’s game? 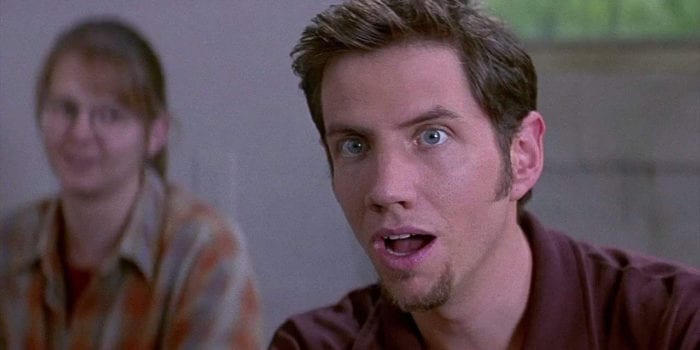 What was Scream 2 thinking? Randy Meeks (Jamie Kennedy) is the embodiment of every horror nerd and knew he was trapped in a slasher-film-like scenario—twice. Full of twists and turns and meta-commentary on the slasher genre, Wes Craven’s 1996 flick Scream revitalized the horror genre and introduced the world to the unstoppable trio of Sydney Prescott (Neve Campbell), Gale Weathers (Courtney Cox), and Dewey Riley (David Arquette). The film follows Sydney and her friends as they’re stalked and murdered by the Ghostface killer. Randy is integral to explaining the rules of surviving a horror film, and he stands alongside Sydney and others, bloodied but alive, in the closing shots of the film. Scream 2 picks up a few years later, with Sydney and Randy now in college. When a copycat killer terrorizes the campus, Randy, Gale, and Dewey try to find the new killer’s identity. They’re pulled into Ghostface’s twisted games, and while taunting Randy on the phone, the killer grabs the ill-fated nerd and stabs him to death in an unmarked van in broad daylight.

Randy is the outcast we all root for, and his hyper energy and self-aware nature made him one of the many breakout aspects of the franchise. He deserved a longer run in the franchise, and even though he made a posthumous cameo in Scream 3, his absence was felt, and the franchise never felt the same