Gather round ladies, gentlemen, and the frightfully curious! Much like the town crier in ye olde English village, I’m about to bring attention to my top five horror movie shots. The criteria for selection are simple; these are images that came immediately to mind and that come from what I consider “pure” horror movies, i.e., they belong squarely to the horror genre. At the same time, I hope to expound on why these picks have stuck with me, beyond simply their visual power to evoke a good scare. 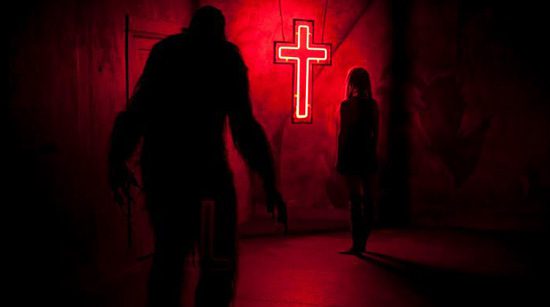 In a departure for Rob Zombie, The Lords of Salem proves to be a glacially paced mood piece in the spirit of The Shining. It depicts its main character, Heidi, (Sheri Moon Zombie) losing her grip on reality in a manner akin to a depressed person who feels they’re slowly fading away.

This shot speaks to the tragedy of that situation by visually telling us that even when Heidi attempts to seek salvation, her demons (in a sense) never leave her. There’s also something incredibly powerful about a cross being juxtaposed with an inhuman creature. In nearly any other horror movie, this symbol would be enough to stave off such a horrifying creation. However, this shot reinforces that sometimes in our struggles, our faith is not enough. If you were to look at this shot in isolation, then you would be forgiven for thinking that director Jordan Peele and cinematographer Mike Gioulakis have created a feverish and adrenalized homage to 90s action movies. However, in the context of the scene from Us, the shot proves to be far stranger. In essence, it encapsulates Peele’s appeal as a horror director, which is depicting a potent sense of the uncanny in mundane situations.

In this instance, Peele takes a seemingly innocent act—a child’s game wherein Jason Wilson (Evan Alex) is getting his Tethered, Pluto (Evan Alex), to mimic his movements—and has it result in Pluto’s fiery death. In so doing, the true horror comes from the seeming ease with which Jason gets his counterpart to burn. It’s a powerful image that carries the weight of a theme we have seen in films such as The Hills Have Eyes and The Last House on the Left—the blurred line between the civilised and the savage.

3. Mother Suspiriorum is unleashed, from Suspiria (2018) 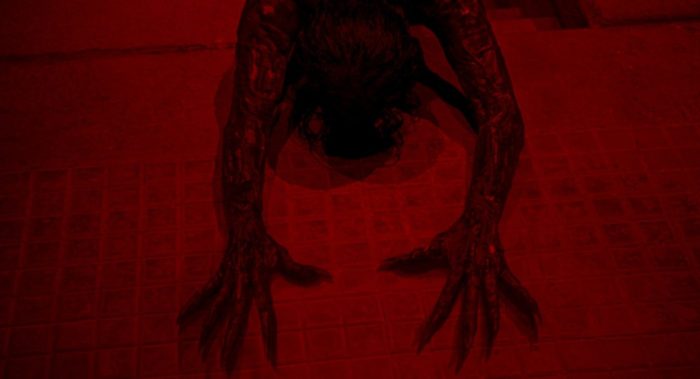 In the context of Suspiria’s aesthetic, this shot is the equivalent of Wolverine activating his claws and going into a full berserker rage. Up until this point, the Suspiria remake has visually resembled a 70s film insofar as having a desaturated and grainy documentary look, with only flickers of color (via various nightmare sequences). However, this shot and many subsequent ones fully embrace the technicolor fairy tale visuals of Dario Argento’s original.

This quality is also mirrored in Susie Bannion’s arc (Dakota Johnson), as the naive and talented student has just awakened as Mother Suspiriorum. The harmony between the film’s visuals and its protagonist awakening (in a sense) and illustrating the true horror is what makes this shot so indelible. At the same time, this image has haunted me since seeing the film by often functioning as a sharp and swift prelude to some nightmares I have. 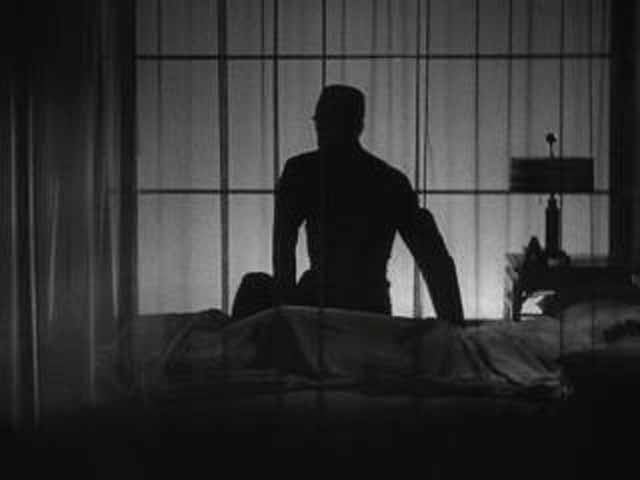 Arguably, this shot is one of the first post-modern shots in horror cinema. It seemingly plays with the expectations of the audience, who had gotten to know Boris Karloff via his role as the creature in James Whale’s Frankenstein (1931). At first blush, you’re almost fooled into thinking that you’re looking at the famous movie monster. However, the more you look at the shot, the more subversive it becomes. There’s something powerful and sexual about it, illustrating Poelzig’s magnetism and the sway he holds over certain characters in the story.

The Black Cat (1934) was made during the pre-Code era of Hollywood where censorship was quite loose. Along with a horrifying implied act of torture, this shot speaks to the effectively simple power of horror movies at the time. They could be arresting and boundary-pushing in subtle ways. But they also existed at a time when the medium was nascent, so their cinematic influences felt novel. In this case, the shot in question has the quality of an image that’s been plucked out of a German Expressionist film, with its use of shadow and the dreamlike way it’s cast against the window.

1. Sally Hardesty revels in her escape, from The Texas Chain Saw Massacre (1974) 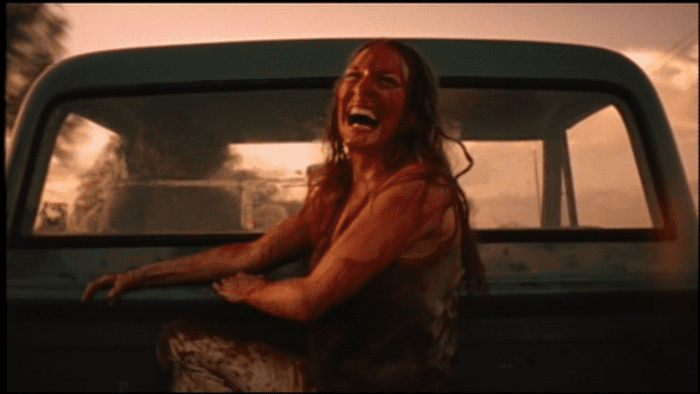 Much like the shot from The Black Cat (1934), the above shot from the closing moments of The Texas Chain Saw Massacre (1974) feels like a watershed moment in the history of horror cinema. It cements the slasher film as a sub-genre that’s interested in depicting the struggles of its victims. It also places value on the importance of the Final Girl and their various attempts to best and ultimately escape from the killer.

But, above all, the shot is akin to a Rorschach test. Depending on the viewer, you can interpret Sally’s laughter in two different ways. You can see it as the act of someone who has snapped as a result of everything she’s gone through. Or, you can read her final moments as someone who’s just incredibly relieved to have escaped, with her laughter functioning as an outpouring of emotion in that moment.

What are some of your favourite horror movie shots? Let me know in the comments below!