You’ve seen all the classic Dracula films, you’ve eaten up all the beloved 1980s and 1990s vampire movies like Fright Night and From Dusk Till Dawn, and you’ve sped through all the more recent franchise flicks like Blade and Underworld. So where do you go now? What other films should a vampire aficionado watch? This subgenre has a ton to offer, so once you finish all the top-tier classics and the well-known mainstream hits, the sheer quantity of lesser-known titles can be pretty overwhelming.

But don’t worry, I’ve got you covered. To help you dive deeper into the world of the undead, I’ve compiled a list of five of my favorite lesser-known vampire movies. These films may have flown under your radar, or maybe you’ve heard of some of them but you just never got around to watching them. Either way, if you can’t get enough of these undead bloodsuckers, these five movies are sure to scratch that itch and get you started on your quest to master the vampire subgenre.

The Return of the Vampire 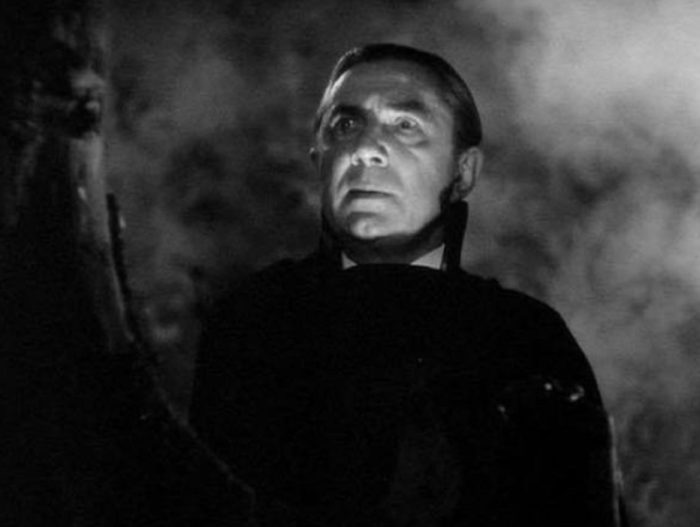 Admittedly, The Return of the Vampire isn’t a great movie. It’s pretty much just a generic Dracula ripoff, but it has one standout element that elevates it to the level of a legit cult classic: Bela Lugosi. He made a name for himself when he played Dracula in Universal’s 1931 adaptation of Bram Stoker’s novel, but surprisingly, he never returned for any of the follow-ups (he was in the quasi-spoof film Abbott and Costello Meet Frankenstein seventeen years later, but by that time, he just wasn’t the classic Dracula that we all know and love). Instead, the studio went with other actors like Lon Chaney and John Carradine, so when rival company Columbia Pictures put him in The Return of the Vampire, fans finally got the Lugosi-led “sequel” that had been denied to them for over a decade.

Sure, this vampire isn’t called Dracula, but he might as well be. Almost everything other than his name is exactly the same, and Lugosi injects this vampiric role with a lot of the same charm and charisma that made his portrayal of the Transylvanian count so great. He’s smooth, he has the accent, and he carries himself with an air of dignity and arrogance. In short, Lugosi puts this entire movie on his shoulders and makes it way better than it has any right to be, so this is a must-see for both classic horror aficionados and fans of cult classic vampire films. 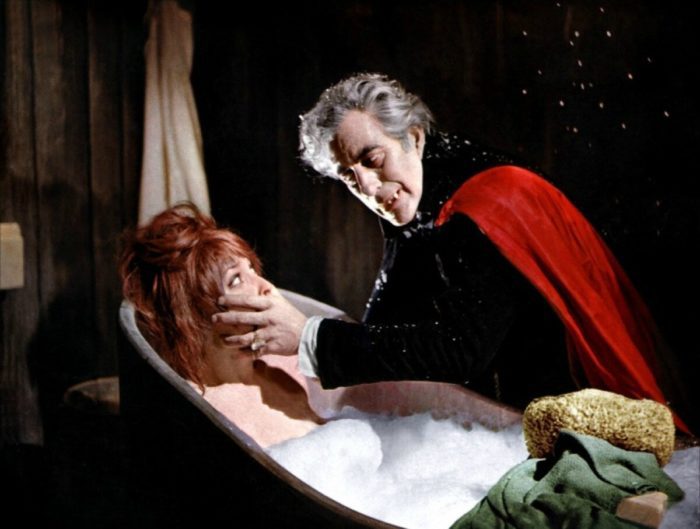 When I was in college, a friend of mine introduced me to the classic hardcore punk band Bad Brains, and one of the first songs of theirs that I heard was called “F. V. K.” That title is an acronym for Fearless Vampire Killers, and when I first came across it, I had no idea what it meant. I decided to look it up, and I found that the name comes from a 1967 horror-comedy about a duo of hapless vampire hunters. I love classic horror movies, so I wanted to see this film. I figured that if Bad Brains wrote a song about it, it must be good.

And when I finally got around to watching The Fearless Vampire Killers, it did not disappoint. While these Van Helsing wannabees are pretty inept, they try so hard that you can’t help but love them anyway. They make for a super quirky horror-comedy that has heart and laughs aplenty, so it quickly became one of my favorite vampire films. Admittedly it starts off a bit slow, but it grows on you as the story progresses. Soon enough, you’ll realize that you’re actually having a really good time with it, and when the credits roll, you’ll find yourself wishing you could see more adventures with these lovably incompetent monster hunters.

If you were to make a Mt. Rushmore of great horror directors, John Carpenter would definitely be on it. His masterpieces Halloween and The Thing are consistently ranked among the top ten or twenty best horror films ever made, and I don’t see them being knocked off those lists any time soon. But not all of his movies are quite as beloved as those two classics. Case in point: John Carpenter’s Vampires.

This was one of the last films Carpenter directed, and you can definitely tell that he was running out of steam at this point. But that doesn’t mean it’s a bad movie. Sure, it’s disappointing if you compare it to his best work, but if you just take it on its own merits, it’s an enjoyable vampire flick with pretty much everything fans of these blood-sucking monsters could want. It has badass vampire hunters, an even more badass master vampire, and some cool mythology behind its seemingly unstoppable villain. Simply put, Vampires may not be peak Carpenter, but it’s a really fun ride that’s sure to please fans of this undead subgenre. 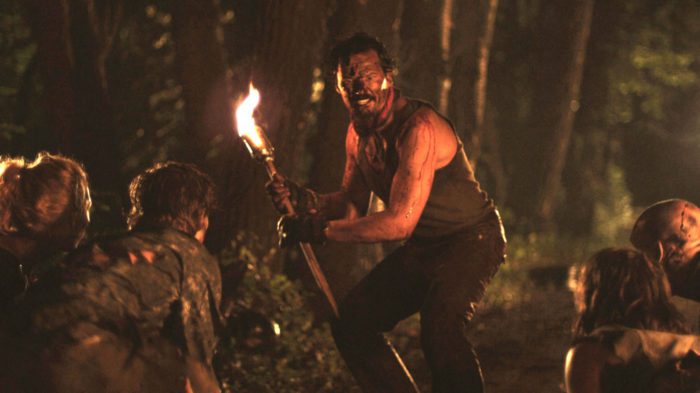 If you’re a fan of zombies, then I’ve got just the vampire movie for you. No, you didn’t read that wrong. Much like Richard Matheson’s classic novel I Am Legend and its multiple cinematic adaptations, Stake Land takes the concept of a zombie apocalypse and transposes it into a vampiric key, but unlike its forebears, this one isn’t just about a lone survivor. Instead, there are a bunch of people left in this world, and since vampires can’t come out during the day, there are even a few semi-functioning towns and villages as well.

In this dreary post-apocalyptic setting, the film follows a young man named Martin and his vampire hunter mentor, a mysterious figure known only as Mister. They travel the land fighting for survival and looking for a safe haven called New Eden, and the story takes some interesting twists and turns that you might not expect.

This movie has some of the coolest, most animalistic vampires I’ve ever seen, but it actually focuses more on the characters than the monsters. Because of that, you come to really care about Martin, Mister, and the people they meet along the way, so the blood-sucking thrills pack a strong emotional punch that hits harder than you might expect. These strong characters allow Stake Land to rise above the generic genre fare we’ve become all too familiar with, so if you’re looking for a vampire film that does more than just throw a bunch of scares and action at you, you can’t go wrong with this one. 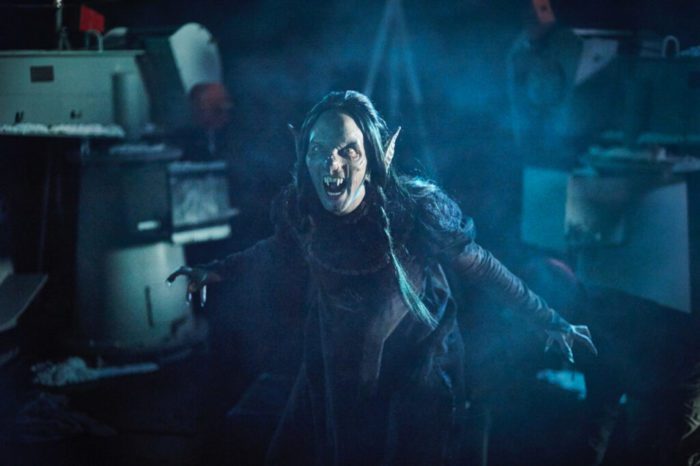 In 2020, Shudder released some really good films that garnered a lot of buzz in the horror community. For example, The Beach House, Host, and Anything for Jackson were lauded by hardcore genre fans in just about every corner of the internet, and rightfully so. They’re excellent movies. But there were also a few Shudder releases that flew under the radar, and one of them was a little vampire flick called Blood Vessel. In my opinion, this film deserved a lot more praise than it received when it came out, so if you’re a fan of vampires but you haven’t seen this one, you need to check it out.

It’s set during World War II, and it follows a ragtag group of people on a lifeboat who come upon an abandoned German ship in the middle of the ocean. When they hop aboard, they realize that something terrible happened to the crew, and they unwittingly release that same evil upon themselves. Much like Stake Land, this movie is a really great combination of cool vampires and likable characters, so it rises far above the pack of typical Dracula knockoffs.

For starters, the humans all feel like real people, and they come together to form a great ensemble that’s just delightful to watch. They keep you entertained and intrigued every minute they’re on screen, so you never feel like you want to fast forward to the “good stuff.” On top of that, the movie also features some of the best vampires I’ve seen in a while. They’re so ugly they make Count Orlok from Nosferatu look like Ryan Reynolds, and the movie even manages to make them a bit sympathetic, adding an extra layer to the story that you don’t normally get in this subgenre.

All in all, Blood Vessel is a wonderful, underrated vampire gem that deserves to be seen by more people, so if you haven’t checked it out yet, do yourself a favor and add it to your watchlist. You won’t regret it.