Can you get enough Joe Bob Briggs? That’s a rhetorical question, especially if you are reading this article. I would assume you love horror just as much as I do, and the witty stylings of Joe Bob even more than that! There is nothing better than enjoying something special to you, and along with that, having a person you idolize be a guiding force and offer wisdom, enlightenment, and, most important, laughs. To me, Joe Bob is that guiding force. He allows me to be myself, being a movie geek, liking films that others would look down upon, and praising those with goals to make it in the horror community. He’s the type of idol one would want, and those of us in the horror community do not realize how good we have it with Joe Bob around.

Speaking of how good we have it, if you are familiar with the man himself, I would assume you know about Joe Bob’s Drive-In Jamboree. If you have been in exile for the past few months, I’ll enlighten you briefly with the goings-on. Between July 16 and July 18, Joe Bob and Darcy will be heading the first-ever Joe Bob’s Drive-In Jamboree at the Mahoning Drive-In, located in Lehighton, Pennsylvania. Events include an independent film festival, The Last Drive-In Live, a haunted drive-in experience, and more! With tickets going fast, the decision was made to add an additional day to the festivities with EVEN MORE Joe Bob goodness!

That’s right! On Thursday night, July 15, 2021, the Jamboree will kick off with a “Welcome to Appalachia” barbecue. Once filled with locally-catered cuisine, Joe Bob will perform his one-man show, How Rednecks Saved Hollywood. The night will conclude with a 35mm screening of Smokey and the Bandit—or as Joe Bob calls it, “the greatest movie in the history of the world.” 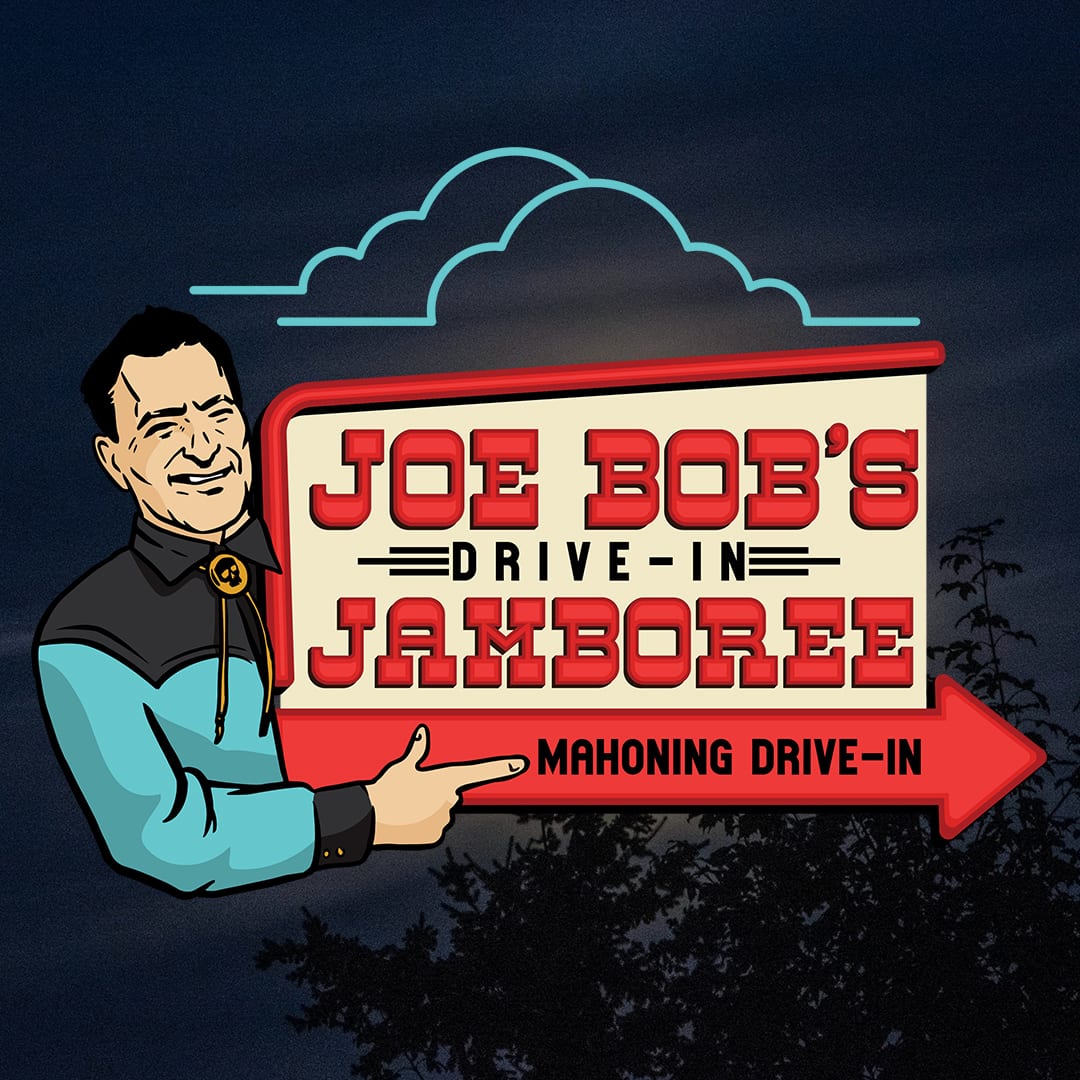 Why was there an additional day added? I’ll let the man himself explain:

I had to be talked into this because my live show has 300 cues, uses 200 movie clips and stills, makes extensive use of maps, and relies on my being close to the audience—because so much of it is comedy. Let me put it this way: we tried it out on the humongous Mahoning screen, and I said to Virgil Cardamone, the programming director, ‘We’re gonna need a bigger projector.’ He bought the projector, and I bought a $150 laser pointer, and we’re going for it.

What do you say, Mutant Fam? Can you ever have enough Joe Bob? The Mahoning Drive-In will be the epicenter of horror for one entire weekend. I hope each and every one of you will be able to go and enjoy some time with those who appreciate the geeks, dorks, nerds, or whatever you identify as. It’s going to be a great time! Get it while the gettin’ is good!

Tickets will go on sale for the Thursday show on Friday, June 11th at 12 PM EST and will be sold only through the Mahoning Drive-In.