Calling all horror filmmakers! Joe Bob Briggs is looking for your horror films to coincide with the Joe Bob Drive-In Jamboree! No Mutant will be left behind.

For as long as I can remember, I always wanted to work in the film industry. From the time I was a little kid, even to this moment of my typing out this sentence, my love of film is absolute. As a child, I spent a lot of time putting pen to paper and crafting some of the worst stories imaginable. From cop procedurals, sequel-izing established films, and even copying movies verbatim and feeling like I created something original. Every awful idea was out there. Even though all signs pointed to saying that I should stop writing, I continued to plug away—mostly because I had nothing better to do.

Fast forward many years later, and I teamed up with my brother, who can actually write, and got a script made. Though it was mainly his work, I was able to join him, and we observed how hard it is to make a film. He and I got our first taste of the Hollywood machine, and I can tell you, it is not easy getting something from the page to film. It took a lot of work—at the same time, just as much luck—to get our idea produced.

If luck is not on your side, have no fear; Joe Bob Briggs is looking to help out us Mutants. As we previously discussed, Joe Bob will be hosting the Joe Bob Jamboree at the Mahoning Drive-In from July 16–18, 2021. Today, “Mutant Fest” was announced to be held on July 16, 2021. What is “Mutant Fest?” I’m so glad you asked.

Joe Bob Briggs understands the pitfalls and struggles a filmmaker goes through when trying to get their film to the public. Understanding the turmoil that filmmakers go through to see their project from beginning to end, “Mutant Fest” is there to help the creators who need it the most. All film entries submitted to the Film Freeway website through May 1, 2021, will be in consideration for “Mutant Fest.” 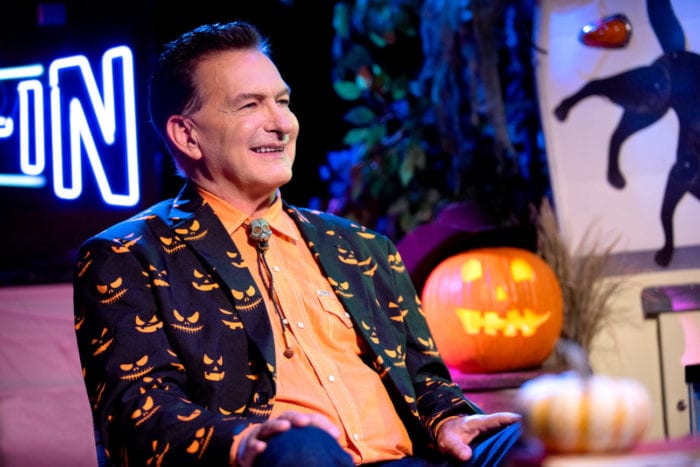 If you know anything about Joe Bob Briggs, he loves cinema and those who traverse off the beaten path. As he states,

The purpose of the festival is to bring attention to films that have no marketing budget. Some of these guys mortgage their homes to make the film, then discover they can’t get into the major festivals without spending several thousand dollars on the various fees charged—fees required simply for ‘consideration,’ guaranteeing nothing. We have a team set up to screen films continuously right up until the film submission cut-off date of May 1. We also have an educational component, with industry professionals conducting practical seminars on filmmaking with impossibly low budgets. These are basically ‘how to get stuff free’ classes.

Making a film is hard, expensive, and exhausting. It’s refreshing to see Joe Bob understand what it takes to get a film off the ground and remove one of the many burdens that would cramp a filmmaker’s style. Forget the burden of where and how to screen a film—and for what cost. Those worries go out the window, and the creators can keep their attention focused on where it matters the most.

I honestly can’t think of anything else you would want for a horror weekend festival. I would hope that this is not a one-off event and could be seen by other locations as a way of celebrating horror and maybe even reviving the drive-in experience as a whole? Yeah, maybe that’s a little far-fetched, but as Joe Bob says, the drive-in will never die.