We are drive-in mutants. We are not like other people. We are sick. We are disgusting. We believe in blood, in breasts, and in beasts. If life had a vomit meter, we’d be off the scale. As long as one drive-in remains on the planet earth, we will party like jungle animals. We will boogie till we puke. The drive-in will never die. Amen.

I think it can be safe to say that 2020 has not been the best year. Regardless of your politics, residence, and situation, each and every one of us has felt the effects of COVID-19. From a business standpoint, the impact of the virus on Hollywood has been front-and-center. With numerous blockbusters pushed back for years to come, theaters are in dire straits. Without a vaccine in the near-future, theater owners have struggled to stay above water and have resorted to re-releasing classic films of Hollywood’s past to keep the lights on. Everyone loves to see movies on the big screen, but the elephant in the room is: is it worth it?

While Hollywood theaters and their futures seem to be up in the air, all is not lost. One cinematic experience is thriving: the drive-in. Where else could patrons go to enjoy films on the big screen without having to deal with the additional indoor bullstuff that comes with sitting in a theater? For a public trying to keep a safe distance from one another, there is no better way than to enjoy a film from the comfort and safety of your automobile.

And, there is one man who has been championing the drive-in experience for decades now: Joe Bob Briggs. For those uninitiated, Joe Bob Briggs is America’s foremost drive-in movie critic. For decades, Joe Bob has campaigned against the closure of drive-in theaters and appreciative of lesser-known cult films and B-movies. 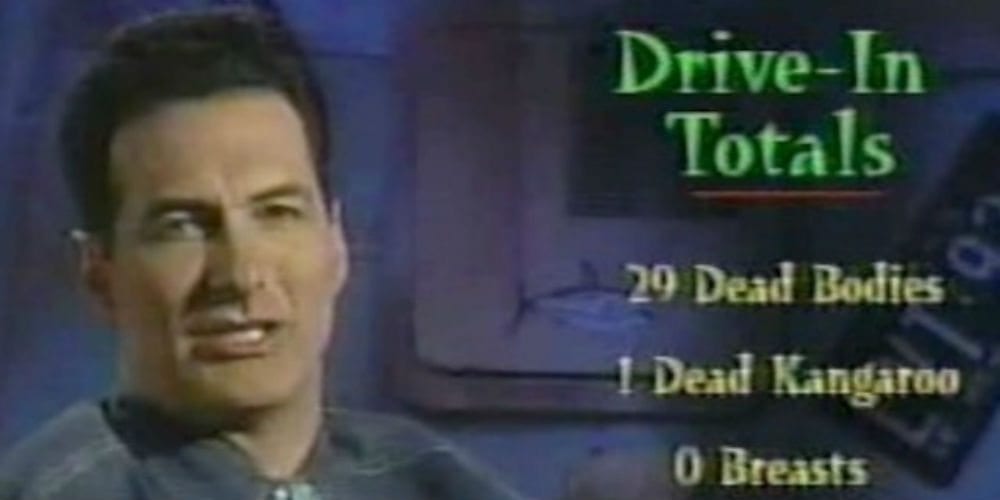 Even before getting regular media exposure through his time at The Movie Channel with Joe Bob’s Drive-In Theater, Joe Bob was making a name for himself as not just your average movie critic. During his time as the film critic at the Dallas Times Herald, Joe Bob crafted his persona and infused his written works with trademarks and catchphrases like adding the suffix “-fu,” breast count, and the number of dead bodies per film. These traits and an affinity for movies considered “outside the norm” would follow Joe Bob to this very day.

Unfortunately, I missed out on the true drive-in experience. By the time I was old enough to go to the theater and catch a flick, most of the time, they would be playing the latest blockbuster. As a child of the ’80s, I was able to hit up the local drive-in, but Southern California drive-ins were not showing sleazy, exploitation films. Instead of classics like Gas Pump Girls, Blacula or Antropophagus, I saw typical Hollywood fare like Tombstone, Ghost in the Machine, and In the Mouth of Madness. Sure, those are fine films in it of themselves, but they don’t compare to what grindhouse cinema can provide.

1995 was a year of change for me. I said goodbye to Southern California and moved away from my local drive-in. My love of cinema never left, and I got reacquainted with the drive-in mentality when I caught Joe Bob hosting MonsterVision on TNT. Enjoying the dry wit balanced with historical factoids and an entertaining-as-hell personality, Joe Bob quickly became a staple of my weekly television viewing.

I’m not the end-all-be-all for Joe Bob, but I feel there are three points in time where one became cognizant of Joe Bob. There was his ten-year stint on The Movie Channel, his time at MonsterVision, and his current gig with Shudder. Not being rich, I wasn’t able to splurge on the excessive expenditures like The Movie Channel, so I had to bide my time and wait until Joe Bob made his way to basic cable.

For those unfamiliar with the format of MonsterVision, Joe Bob would host two films and, during film breaks, would provide film facts, humorous stories, and colorful comments. Though Joe Bob would host movies that would not get his highest approval, the remarks about the film were not mean-spirited. There is an appreciation that Joe Bob has for filmmakers, even those who make Howling: New Moon Rising. 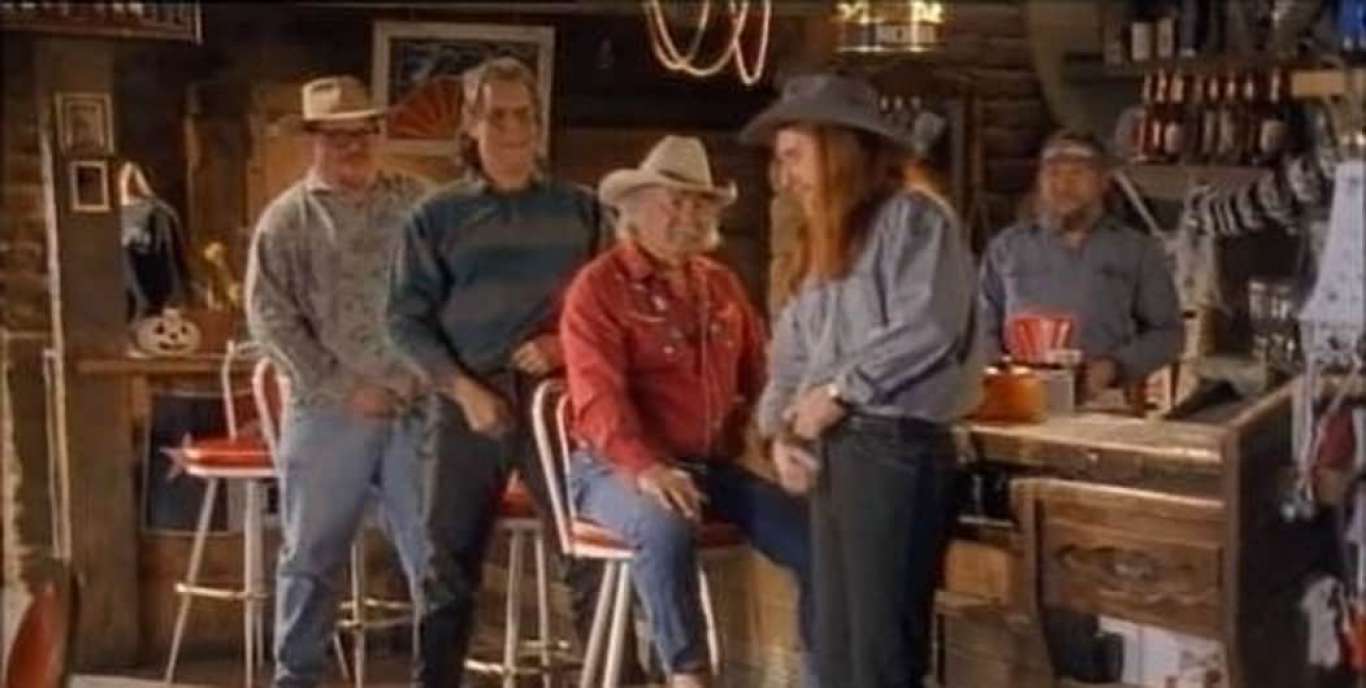 Even with an established formula that he perfected between his time on The Movie Channel and TNT, it did not last, and he exited MonsterVision in 2000. For someone like myself, who looked forward to Joe Bob’s wry sense of humor and witty insights, this was a big blow. Obviously, not as much as it was for Joe Bob, who was able to stay busy, even if he wasn’t reaching as wide of an audience as he had prior.

After what seemed like an eternity, news broke that Joe Bob would be making his triumphant return. Keeping the television skills he had accumulated over the years, and able to mesh that with the mindset of the 21st century, Joe Bob took his show to the internet, specifically Shudder.

Friday, July 13, 2018, Joe Bob Briggs made his triumphant return for The Last Drive-In: a 24-hour marathon of horror movies, hand-picked by the man himself. Viewership for The Last Drive-In was in such high demand that the servers crashed due to the influx of viewers. What struck me most about Joe Bob’s return on Shudder was his first choice of film. With Shudder being a one-stop-shop for all things horror, Joe Bob had his pick of the litter, and he chose Tourist Trap to begin the current stage of his career. Sure, he hosted well-known classics like Hellraiser and Re-Animator, but to lead with a semi-obscure horror film was a bold choice. 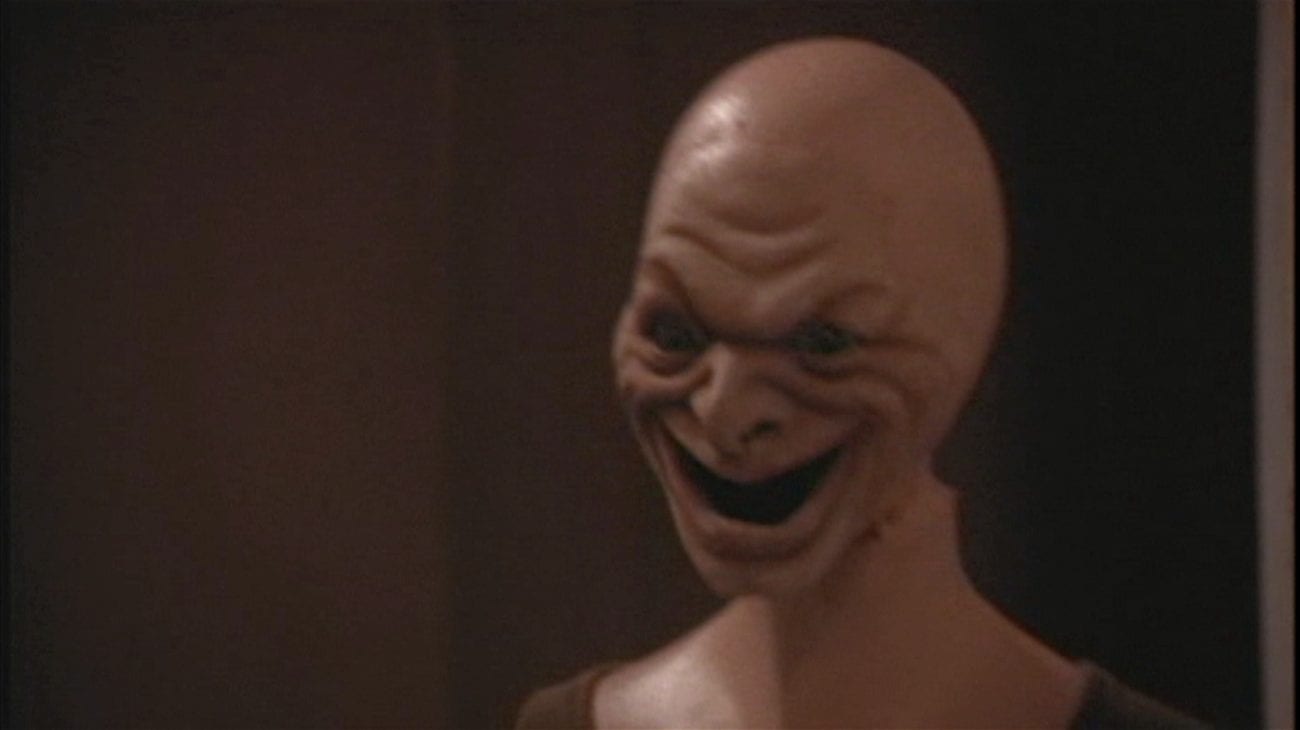 Tourist Trap is a severely underappreciated horror film, and one that all horror fans should see, but to make your big comeback with this little film proved multiple things. It first proved that Joe Bob knows how to pick them, but it also proved that Joe Bob never lost touch with his drive-in roots. And the best part was that, even if he was showcasing obscure films, his audience of “mutants” were right there with him every step of the way.

The original marathon looked to be a one-and-done deal, but the fan demand was so great that Joe Bob hosted a Thanksgiving and Christmas special for 2018. By this time, it appeared that The Last Drive-In might become a regular thing, and did so with the first season premiering in 2019. Now that he has fully returned to a steady gig, what will be his premiere double-feature? C.H.U.D. and Castle Freak. 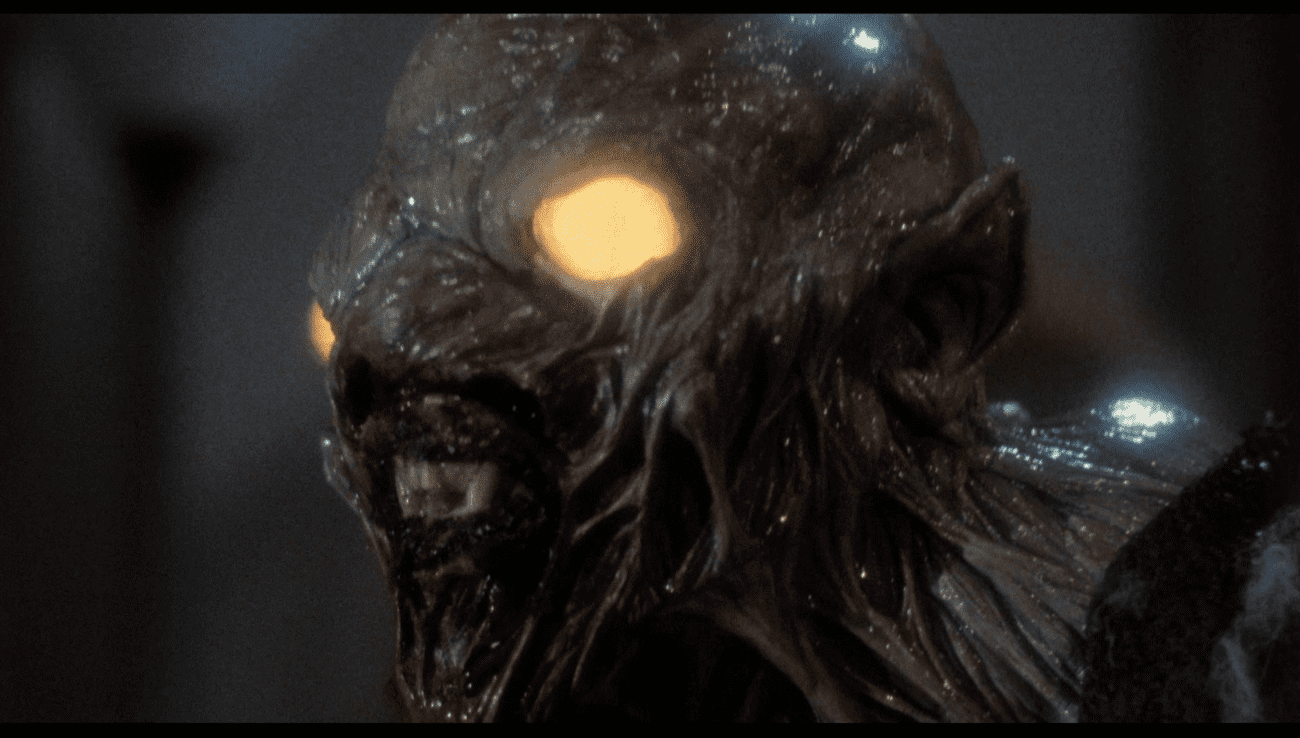 Choices like these are what I believe endear Joe Bob to his fans. A lot of horror fans could feel like outcasts, just like the outcast films that Joe Bob has shown over the years. Nowadays, Disney and other film studios seem to have an unlimited checkbook and spend every cent to get every cent you have spent. Then, there are those filmmakers with a fraction of what the Hollywood studios spend, who have an idea and a passion but need someone to lead the way.

So, now we’ve reached a crossroads as Covid-19 looms large over everything these days. Joe Bob has hit a resurgence via The Last Drive-In on Shudder while drive-ins, the same places that Joe Bob has championed for decades, are also seeing an influx in popularity. Add on to that, with the current Covid-19 restrictions in place, filmmakers with shoestring budgets are able to make the most of what they have with present-day technology at their fingertips.

With effective horror films like Rob Savage’s Host, Leigh Whannell’s adaptation of The Invisible Man, and Richard Stanley’s Color out of Space, to name a few, horror is alive and kicking. And so are drive-ins and what they stand for. Maybe drive-ins are not showing the latest exploitation films anymore, but they are packing in a new generation of filmgoers.

Going back to Georges Méliès’ House of the Devil from 1896 to 2020’s 1BR, horror has always been a genre that adapts with the times. From Tod Browning’s Freaks, through William Castle’s gimmicks of the 1950s, the 1970s grindhouse experience to the remakes of the 2000s, and the present slate of films, the horror community has always been able to change with the times. 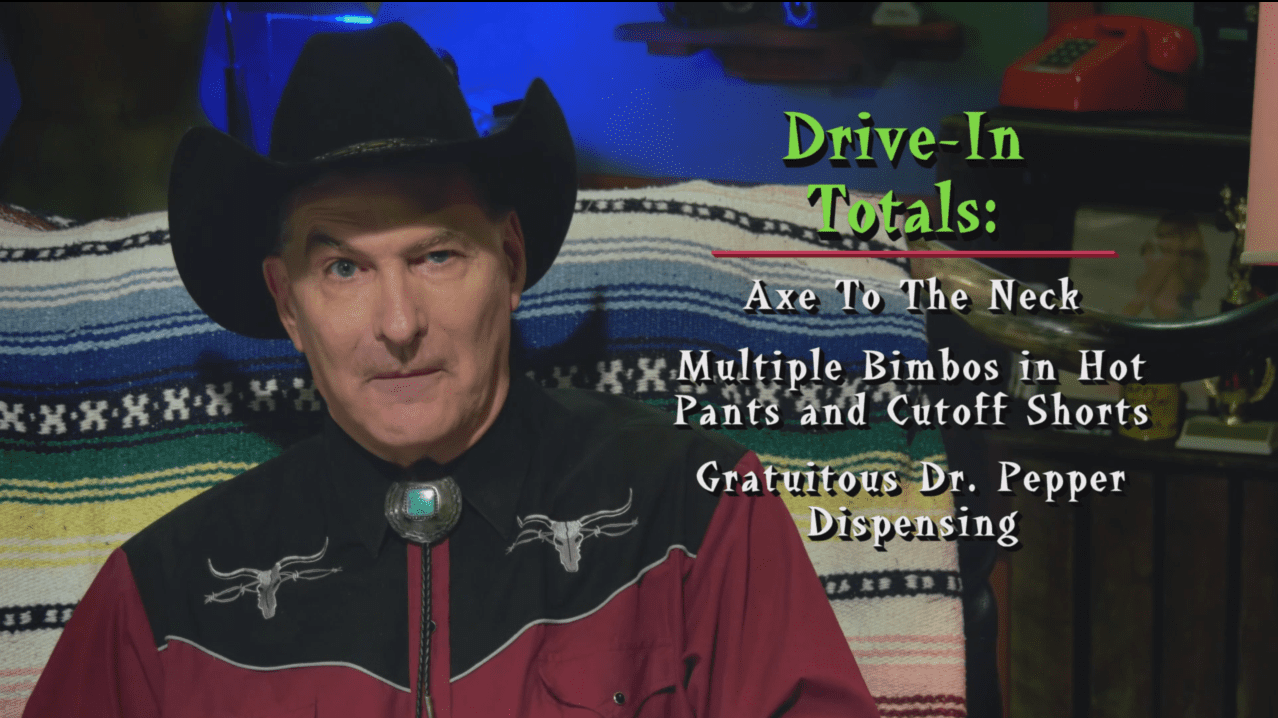 And, with the current state of affairs, drive-in theaters have been able to thrive and prosper. Maybe these theaters are not offering up classics like Motel Hell, The Texas Chain Saw Massacre, or Faster, Pussycat! Kill! Kill!, but the drive-in experience is still alive and kicking. So, maybe this is how the drive-in will adapt? Will it last forever? There’s no point in thinking that far ahead.