The witching hour is upon us, as we venture out into the dark depths of the night. What lurks behind the shadows? What indescribable creatures of horror await? Oh, what’s that? It’s…another block of horror shorts! The sixth block of horror shorts from the Final Girls Berlin Film Festival is centered around midnight and the horrors that come out at night to frighten and disturb us. From zombies to cryptids to epilepsy warnings and back to zombies, this block of short films is gnarly. 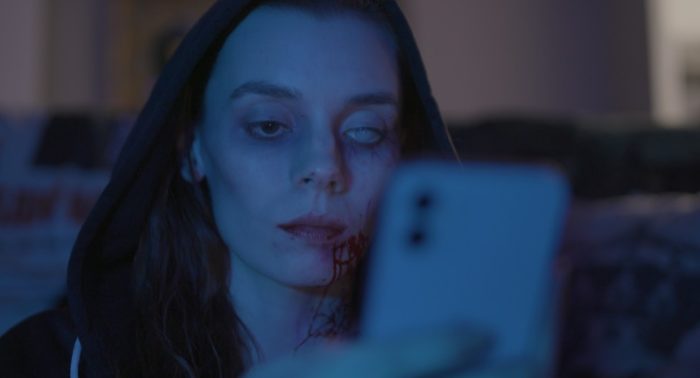 Whenever a serious content creator uploads a clickbait video titled, “DONE,” or, “THIS IS THE END,” one of the main things they usually bring up is their need for a break. The grind of content creation really can be a full-time job, and often creators may not know how to maintain a work/life balance; with no help from the YouTube algorithm. Verified is an interesting take on this whole idea of lusting for fame, especially when the lines are blurred about life and content.

Nicky (Arielle Edwards) is on that content creation grind with the hopes of getting fame from her IRL streams. After getting bitten by someone on the street, a zombie, she slowly starts her bleak transformation into the land of the dead. As her health gets worse, her views go up, leading her closer and closer to a verification checkmark on her platform.

Chappell’s short is an excellent piece of criticism on that lifestyle, while not necessarily vilifying it. It brings to light the side of content creation most people don’t think of until their favorite creator takes a mental health break. Add on top of this idea some excellent practical SFX makeup and wonderful acting from Edwards, you get an all-around poignantly scary piece of horror. 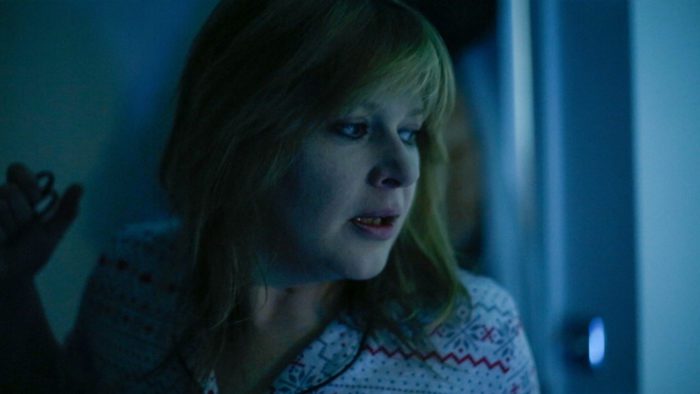 Arm is a short that doesn’t take itself too seriously but really gives us a really solid and original genre piece. Filmed during lockdown, this short film really is tackling the idea of loneliness and isolation that many of us faced during the lockdown[s]. One thing that I am noticing lockdown movies do is shoving the fact that they are in a lockdown down our throats, this one does not. The lockdown exists to drive the story, but it doesn’t take over the story.

We are given glimpses of our lead’s loneliness, which culminates in her buying one of those pillows that have an arm that comes out to wrap around yourself. And lockdown or not, I want one of those pillows. Once the arm pillow becomes sentient, our lead enters a life or death fight. It’s cheesy, delightful, and surprisingly funny.

It Came From The Kitchen, Written and Directed by Jessica Salgado 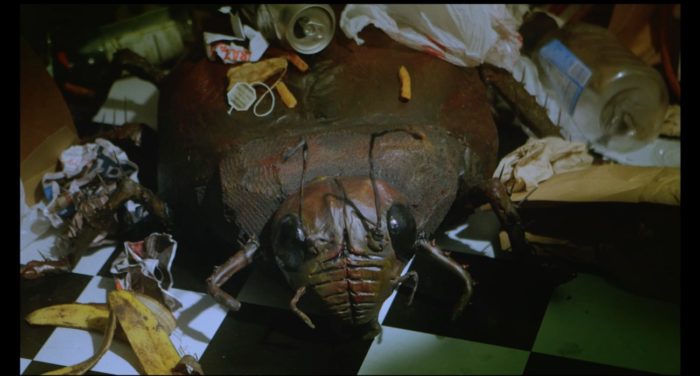 Garnishing fun ’60s title text and some campy-ass looking mega bugs, It Came From The Kitchen comedically excels as a short that has a bit to say. A woman, Savannah Zito, is having difficulty getting her life together. She wants to clean her apartment, redo her resume, and get a job. It’s not until the introduction of some larger than life bugs, that she decides to do something about it. Salgado does a good job telling the story visually, but the bugs really carry the short. If you’re a fan of bug-related horror then this is definitely something for you to watch. 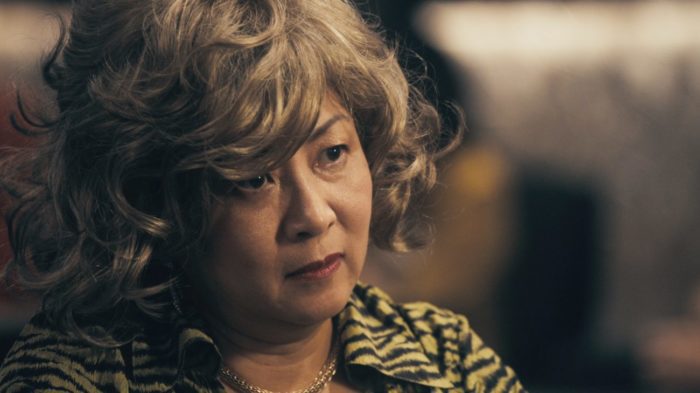 Young Forever is a dark tale about Young Lee (Young Lee) as she tries to navigate life, taking each day in stride. Her gambling addiction has led her to work for a multi-level marketing scheme selling makeup. She is cheating on her husband back home with an elderly man here in the states. It is a bit unclear as to whether or not her husband knows that she is doing this because the man has money, or if she really does like the man she’s cheating with, but things are soon to work out in her favor…one way or another.

Lee’s performance in this short is really something to admire. There is a real pain and sincerity behind her performance and it elevates this short and gives it a sense of realness. All in all, this is a short about the risks of trying to make something of yourself and really asks how far you would be willing to go to make yourself successful.

Victim No. 6, Written and Directed by Nancy Menagh 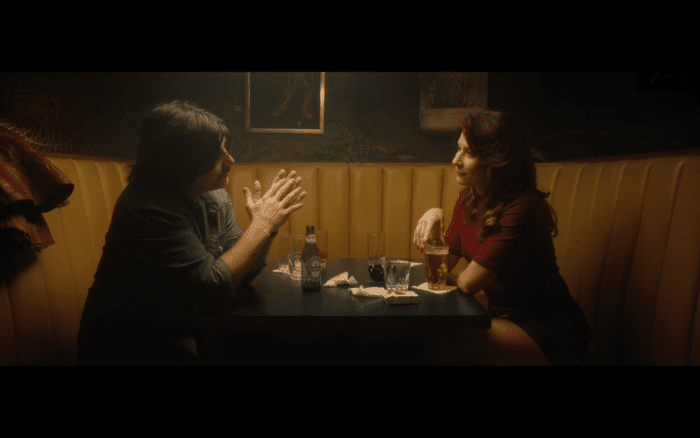 Fresh off the presses! There’s been another murder! Despite a serial killer being on the loose, though let’s face it, who knows how many are currently out on the loose, Donna (Heather Brittain O’Scanlon) decides to go out for drinks with her friend. When a sketchy-looking dude comes to Donna’s rescue when another sketchy dude is chatting her up, Donna decides to befriend him and drink with him. Little does one of them realize who the other actually is.

Victim No. 6 will flip the idea of whatever you think is happening right on its head right at the perfect moment when you raise the question. While it’s questionable why [character] does what they do, it doesn’t cease to be entertaining and leaves you going, “ahh!” Also, New York in ’75 gives it extra points. 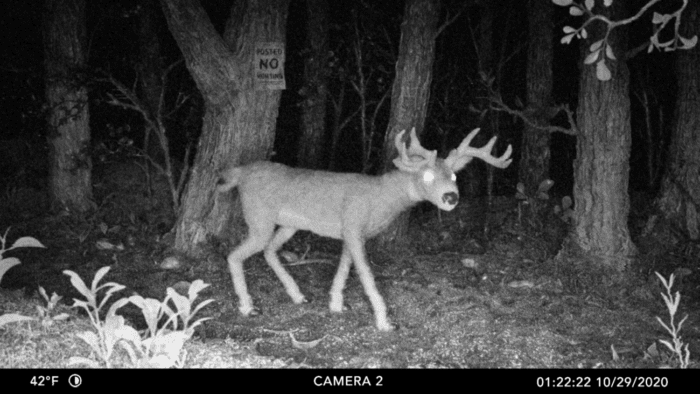 Not only has my love for stop motion/claymation grown from this festival but throw in my weird obsession with cryptids and you have a recipe for success. I don’t want to give much detail about this 2 1/2 minute long piece other than if you can, go watch it. It’s an extremely fun short and a BIG recommendation. 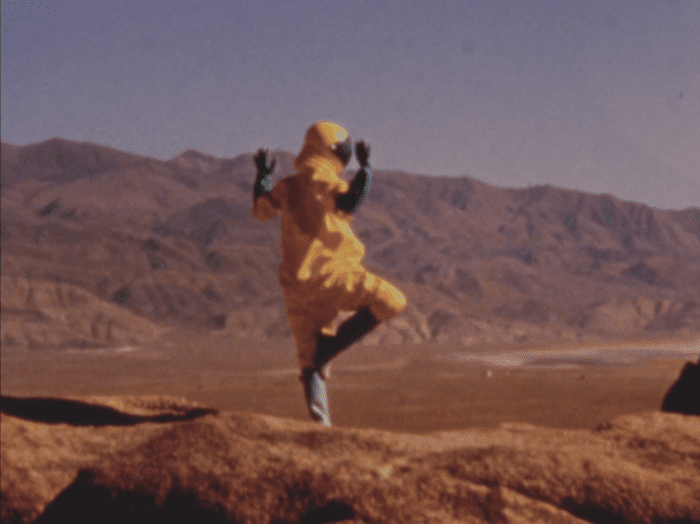 Dystopic sci-fi films always wig me out. I’m terrified of space and I hate aliens (there aren’t aliens in this, but just making a point); only because it makes me so uncomfortable. So films like this one already have a leg up when it comes to making me uncomfortable. It’s New Year’s Eve 2079 and Zadie (Norma Kuhling) is planning to take a trip down to earth to do some yoga before joining in some New Year’s Eve space festivities. After she experiences an accidental tumble on earth, Zadie stays longer than she was supposed to.

Death Valley, in the best way possible, looks like a modern-day restoration of a lost-on-VHS ’70s sci-fi film. It feels incredibly authentic, and, again saying this as a compliment, looks like a really good Star Trek set. This is one of the more aesthetically pleasing shorts I’ve seen at this festival. There is some brilliant imagery throughout this, with a super trippy scene halfway through. Sans an epilepsy warning at the beginning, Death Valley is a creepy, fun, and inventive short about space and loneliness. 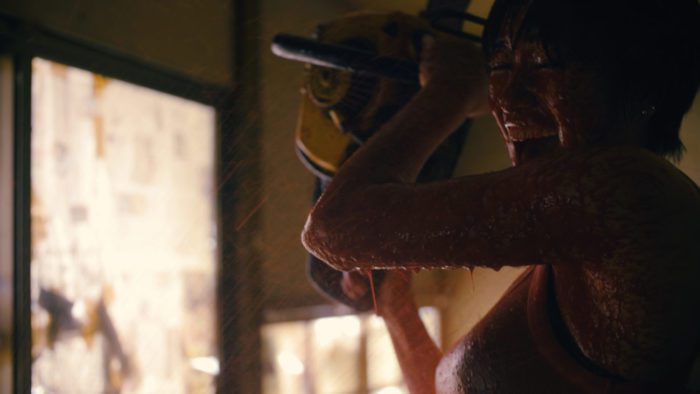 A group of friends go to see where their friend Sota has been recently, and what they find is something out of a nightmare. This slapstick Japanese short film pays homage to some really great films, the number one being The Evil Dead. The zombies in this have distinct characteristics that are shared by the Deadites, but what sets this apart is it seems like Ugana has gone out of their way to create new zombie lore.

The SFX work in this is insanely good, leading us to have a final product that is some disgusting blood and loud piece of genre filmmaking. There is not a negative thing I could find to say about Visitors as it takes a tired subgenre, pays homage to the greats before it, and then paves its own way to being able to stand out on its own. Visitors may just be the most enjoyable short film out of this festival.