If there is one subgenre of horror my knowledge lacks greatly in, it is folk horror. It is a rich subgenre full of some great genre films like Hereditary, Gaia, and Hagazussa: A Heathen’s Curse, just to name a few newer examples. One thing about these folk films that a lot of people can relate to is family and the horrors that may associate with that in some way. You Are Not My Mother is an interesting look into the ideas of family, while also bringing mental health and adolescence into the mix. This film takes some chances in ways that not many films do, and it forces you to either accept or reject these ideas. It is introspective and is a good piece of work to make you take a step back and reflect on reality.

You Are Not My Mother starts fairly heavy with a baby being taken, and some unsavory things done to it. It quickly transitions into a story about a young girl, Char (Hazel Doupe), who lives with her ailing grandmother, Rita (Ingrid Craigie), and her severely depressed mother, Angela (Carolyn Bracken). The picture painted of Char is that of a lonely girl who exhibits some signs of mental health issues as well, when she eats alone at lunch, and the art that she makes for school; her art teacher Ms. Devlin (Jade Jordan) even goes so far as to comment on the type of art she is creating. 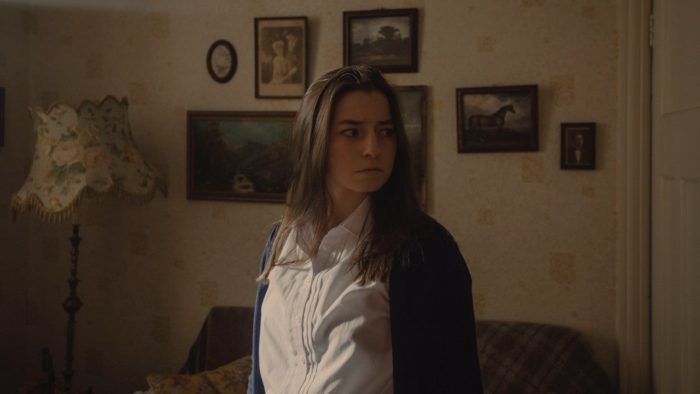 On the day her mom decides to get out of bed and take her to school, she also goes missing. Her uncle Aaron (Paul Reid) enters the fold when he comes over to aid in the search for Char’s mom. Between her mother’s disappearance and the severe bullying she is getting from other students at her school, and I mean severe bullying like they try to do some messed up things to her, Char is really having a go of it. Upon her mom’s return a day or so later, Char recognizes that something strange is afoot…maybe that she is not her mother? You Are Not My Mother finds some new and inventive ways to frighten and disturb with bone-chilling images and fever dream-like sequences.

You Are Not My Mother features the majority of things that are needed to be a successful folk horror film. There is a sort of reliance on religion, or at least religious ideas. Themes of isolation are rampant throughout, from, like I mentioned, Char eating lunch alone, or the fact that she is basically the adult in her household and the majority of responsibilities seem to fall on her shoulders. And, this goes a bit hand in hand with the religious ideas, nature does play a decent role in this, partly in reference to the stick balls Rita makes, which are supposed to be beacons of protection. 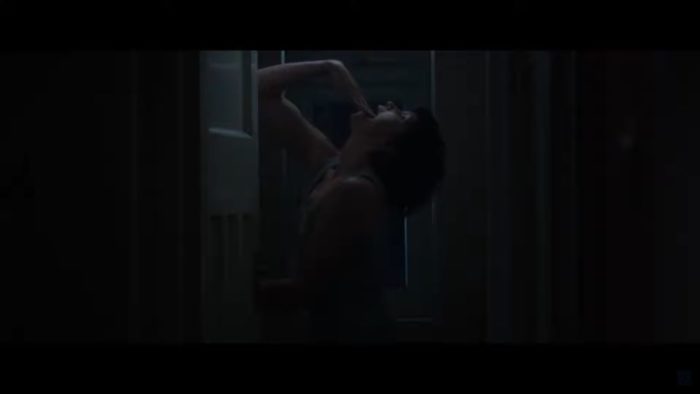 The acting in this film is nothing short of phenomenal. This is not Hazel Doupe’s first rodeo, but she absolutely nails this performance. She is a kid stuck in an incredibly unfortunate position, which leads her to do what she thinks she has to do just to get by. The scenes of bullying are raw and wholly uncomfortable, it borderlines unsafe, adding to the horror of it all. This is not a slight on writer and director Kate Dolan, but it would not be surprising to read an article at some point comparing the side effects of making this movie mirrored the feeling Linda Blair had after making The Exorcist. To me that is how raw and effective the film is, there are so many points throughout where I felt like I was experiencing something I should not be watching.

On the other hand, Carolyn Bracken just absolutely kills her role in this. When you are playing a character with two sides to it, there is the challenge of being able to separate the two characters and make them stand out on their own. Bracken expertly switches from one performance to another, time after time. There is one scene in particular where Angela tries to get Char to dance with her and it gets supremely intense. The whole scene juxtaposes itself in some unsettling ways and makes for one of the most uncomfortable scenes in the whole film. Bracken’s performance is akin to the mom from The Babadook on bath salts. 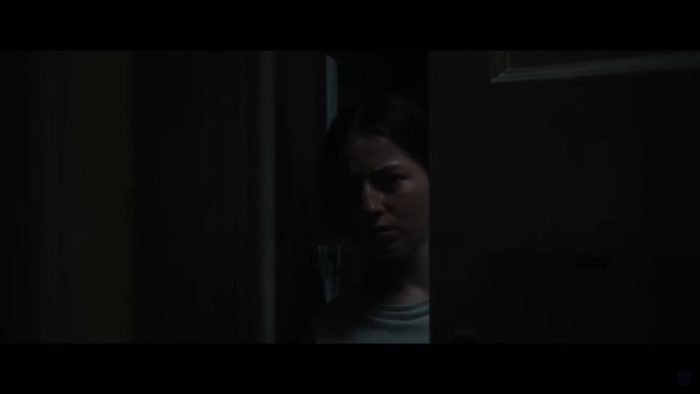 This is the third film I’ve seen from the Final Girls Berlin Film Festival that was made by someone making their feature film debut, and not to repeat myself, but this just reinforces my statement that horror is in good hands. Imagine making a film THIS good and it is the first film you made? Kate Dolan’s short film Catcalls was a promising short film, and You Are Not My Mother delivers on that promise. The script is tight and has no unnecessary fluff, effortlessly flowing from scene to scene, and scare to scare. Also when making a film, that seems as personal as this project does, I think it’s important to have the person who conceived the idea to execute it with the direction of the project. There are some truly startling images in this film that will get under your skin and make you squirm in your seat over and over again.

As with some other reviews, I have hesitated to label or categorize something as “elevated horror,” due to the negative connotation that term can have. And if Dolan doesn’t like that term I would not want to offend her by using it. The one thing about You Are Not My Mother is that it is exactly what an elevated horror film should be. It is smart, witty, and frightening, but it also doesn’t try to be pompous and condescending. This film is highly accessible with the scares to please a regular audience, but the soul of a genre film to appease a hardcore genre fan. It is not often a film of this nature is created, especially on someone’s debut, but a film like this is necessary to watch.