There really aren’t too many films that surround the idea or themes of gluttony, very little in fact. One of the only ones I can even think of off the top of my head is Swallow and one of the shorts from The ABCs of Death called XXL, which is more about body dysmorphia, even. But this is a really interesting concept that doesn’t get enough coverage in the genre when it could really be an effective idea to create horror around. Well, anyway, let’s talk about some short films that surround the idea of gluttony. 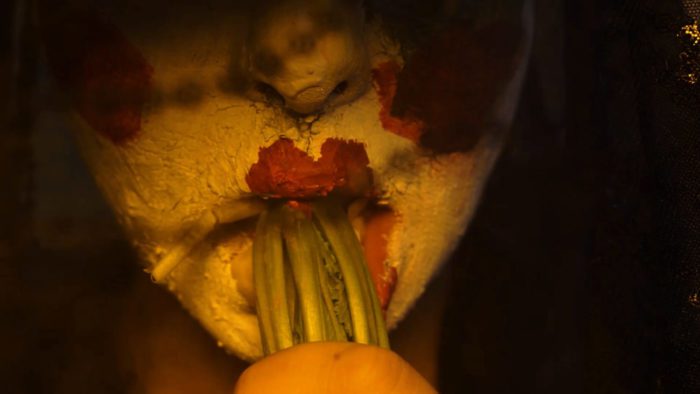 Ghoul Log is just helping continue my newfound love for stop motion films. A group of people is, disgustingly, chowing down on a feast before some weird things happen to them. This one was just very disturbing in regards to the sound design. Thanks to this block of short films I found out I suffer from misophonia, and this is one of the shorts that really pointed that out to me. There is excellent stop motion in this short, and will definitely make anyone who hates the sounds of eating very uncomfortable.

This piece is actually a video essay that explores horror’s relationship with eating and covers many films to support the argument. I’ve never really been huge into documentaries, but I do love video essays. If you saw my recommended feed on YouTube, you would be overwhelmed. The one thing I love about this piece is how extremely well it is put together. Too many video essays seem thrown together with little to no evidence put forth in an educational and interesting manner. Three Ways to Dine in Hell does a great job putting their ideas front and center and providing the proper evidence to make its point. If you are a fan of video essays and want to learn something interesting that you may not have noticed beforehand, then this is a great video essay for you.

Demon Juice!!! What happens when you bottle up The Evil Dead into a tasty cocktail? Well, you get Demon Juice! This one made me cackle so incredibly hard. A bunch of friends travels for a getaway weekend to have fun and blow off some steam. When their wild friend Deb (Maddy Wager) drinks some of the newly discovered Demon Juice drink, she basically turns into a Deadite, and that’s just the tip of the comedy iceberg. There is a fantastic piece of visual comedy where they say they are ready to have some fun, and then it cuts to a shot of all of them silently doing a puzzle.

Brown’s script is sharp and witty, from a 1-800 Demon Juice hotline to, my favorite line, “Deb’s got stigmata,” this script is just all-around perfect. There is plenty of blood and gore to satisfy a genre fan, and tons of jokes to satiate a nongenre fan. The SFX work on this piece is solid and even does one of the things The Evil Dead does, but better. Overall this short film hits the mark on all fronts.

Binge and Purgatory, written, directed, and edited by Becca Kozak 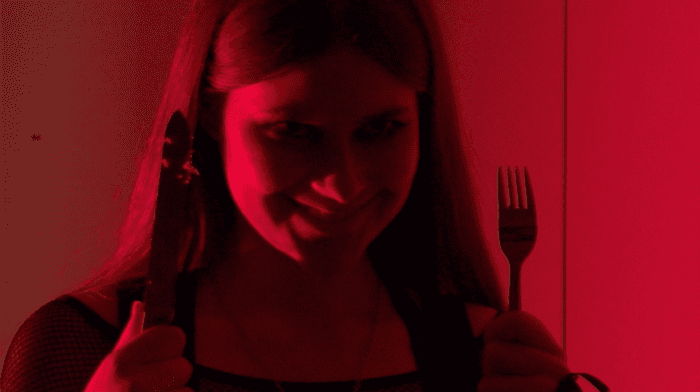 This is one of those films that I can’t really tell if it was made to look how it does on purpose or if it is a complete accident. Binge and Purgatory is a supremely bad-looking short film, that is terribly acted, and just all-around boring. Maybe there is commentary deep in it somewhere about how bulimia isn’t the most attractive thing (not shaming at all), but the direction does not feel strong enough to successfully make that statement. The acting is just not good and creates a wholly unappealing atmosphere. It doesn’t seem like there was any thought or care put into the SFX work, and the editing makes it look way too choppy. 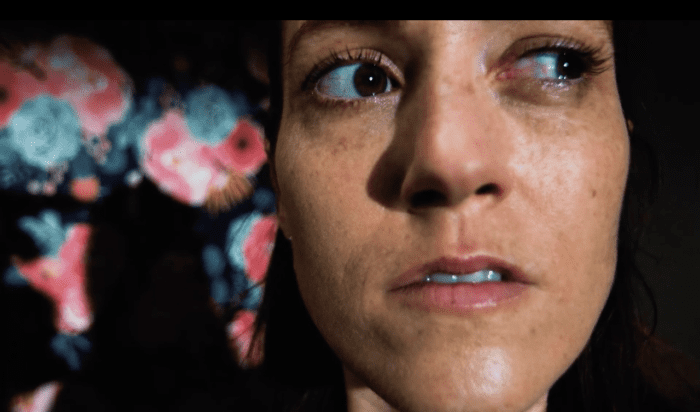 Misophonia is a disorder where people have extreme negative responses to the sounds of people eating, chewing, or swallowing. And oh boy, I think I found out what was wrong with me. The sound of lips smacking together, food being bitten into, or drinks being slurped down makes me so unbelievably angry and nauseous it’s not even funny. It was nice to connect with someone who had this idea and really went all Tell-Tale Heart with it.

After Grace’s (Abby Eiland) toxic husband passes away, all she hears in her life is the disgusting sound of his chewing, which may even be what got him un-alived in the first place. The sound design for this short film made me incredibly nauseous and elicited such an adverse reaction in me that I felt like I was trapped in Grace’s mind. I’m not sure if I’ve seen a film that only relies on the horror of its sound design, but my god was it effective. If you have misophonia, this short film will be your next nightmare.

Such Small Hands, written and directed by Maria Martinez Bayona 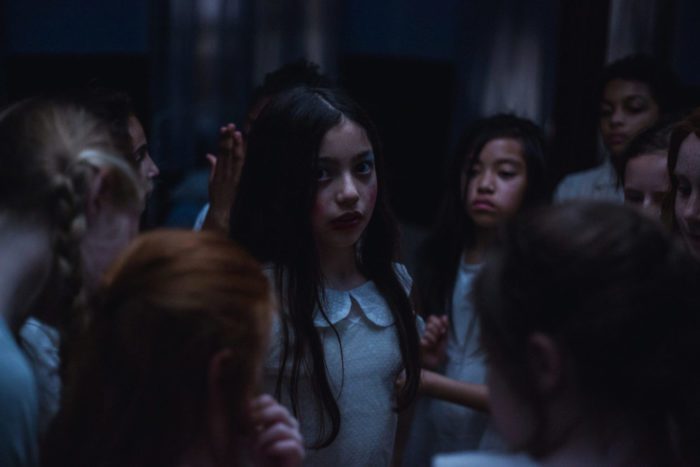 Such Small Hands may very well be one of the most beautifully shot short films from this entire short film programming, and definitely in this block. Add on top of that a cast that is almost performantly children who can really act, and you have one great horror piece. Marina (Sophie Mulhall) is the new girl at an all-girls boarding school and feels alienated and alone. In order to try and fit in, she creates a game to get the girls to like her. Things soon become really damn weird.

This short film takes the idea of gluttony and makes it figurative when the game Marina creates is about consuming gossip and secrets from the other girls. There is a deep unease to this whole short and you aren’t really sure what direction it will decide to head in, and it definitely doesn’t go the way you think it is going to. Such Small Hands is just an all-around interesting film that looks at the human condition and the need to want to fit in.