To say I have been looking forward to the Final Girls Berlin Film Festival is an understatement. The festival promotes horror that is directed, written, or produced by women and non-binary filmmakers. When I found out this information, it made me tremendously more excited, as it made me aware of the wide variety of work I would be seeing. The majority of the festival did not disappoint in any way shape or form and was an overall positive and terrifying experience. The first block of short films covers social ills; the things that sometimes go beyond our capability of controlling. For the most part, these short films fit in pretty neatly to this category, creating a strong opening to the festival.

The Goldfish, Written and Directed by Ashley Paige Brim

One of the best things a horror film can do is subvert your expectations of what’s to come. If a filmmaker is talented enough they can create a certain feeling and then BAM, they take it in a whole different direction. The Goldfish started to feel like a piece on race but quickly turns into a piece about the struggles of relationships with our parents and depression. There is a really heartfelt, and incredibly depressing, moment where Audrey (Diarra Kilpatrick) asks her pregnant sister, in regards to her baby, “What if you don’t like her?” This is both a question in regards to Audrey’s weltanschauung as well as a glimpse into her unclear motivations about her and her husband’s attempt to conceive.

The only thing that is still a bit shaky is the purpose of the goldfish symbolism. It seems to either be based on the theory that goldfish will eat their children, which is not necessarily true, or it stands for the Chinese ideology of goldfish representing wealth and good fortune. That being said, the minor questions about the goldfish are outweighed by the deeply intense feeling of dread that grows throughout, making The Goldfish one hell of a short film to start the shorts program on.

She Whistles, Written and Directed by Thirza Cuthand 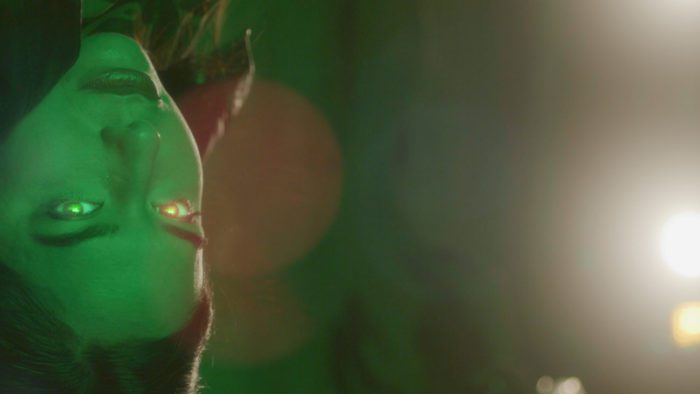 One of the unfortunate truths we must face is the fact that for a very long time, sexual assault (in all definitions) has been used as a “tool” to subjugate Native populations in so many parts of the world. In Alaska, for instance, more than 1 out of 2 Native women have experienced some form of sexual violence. She Whistles does something about it. On a night where the Northern Lights are shining Stephanie (Sera-Lys McArthur), who is thinking about her missing mother, decides to try and blow off some steam with a friend. Unfortunately for Stephanie, and many women like her, she gets into the wrong cab.

Thirza Cuthand handles this piece with chaos and class, giving us a sort of “good for her” moment. When watching She Whistles it’s hard to not be uncomfortable, which is the purpose of it. There are some wonderful fire effects and great acting all around. Needless to say, this piece is a gut-punch of emotion by the denouement.

There’s nothing more entertaining than a good ole creature feature, especially when the creature looks as original as the one created by The Butcher Shop FX Studios. Anna (Konstantina Mantelos) experiences mental health issues and has medication for it. What this short feels like is a commentary on mental health, but maybe not in the way I was initially thinking. After forcing a fake smile with her fingers, Anna takes her medication, and from there, all hell breaks loose.

I could be misreading this, but it seems that once Anna takes her medication is when the Smile Creature invades her life; is this commentating on the stigma behind medication or is it reinforcing the stigma that medication makes you into someone you’re not? Are we being told to accept our [social] ills for what they are? I have my own theories on what I think it all means, but, for once, I am not completely sure if that is what I was actually supposed to take away from it. The story is not sloppily told in any way, shape, or form. Rather, I think there are two ideas being told to us, and we are the ones who are to make the connections. Regardless, this is an excellent creature feature with a truly jarring finale. 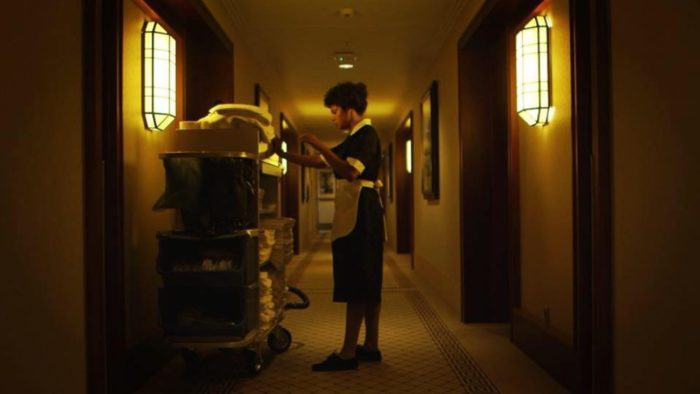 Dedication is an elegantly told story, with a stomach-turning moment and an insane twist. It seems like this short hits every beat on what it means to be a great film. Sandermann’s direction perfectly complements her screenplay, and Raquel Villar’s acting as Martha Roseiro is exceptional. Sandermann has Villar do some unsavory things, and there seems to be zero hesitation from Villar to do what was asked. I really don’t want to go into any details about the plot or anything, as I think Dedication is a short film that must be experienced; and trust me it is an experience.

The Expected, Written, Directed, and Animated by Carolina Sandvik

What can one say about The Expected other than it is truly f*cking bonkers, pardon my French. As someone who is not a huge fan of stop motion/Claymation, The Expected is very effective. The sound design, also by Carolina Sandvik, is stomach-churning and absolutely gross in the very best way possible. There’s so much that happens in such a short period of time, it is overwhelming, again, in the very best way possible. It was mind-blowing to see stop motion convey such horror and emotion. This short has given me the opportunity to rethink what a stop motion film can be.

Beta Male – The Tale of the Dark L, Written and Directed by Marianne Chase 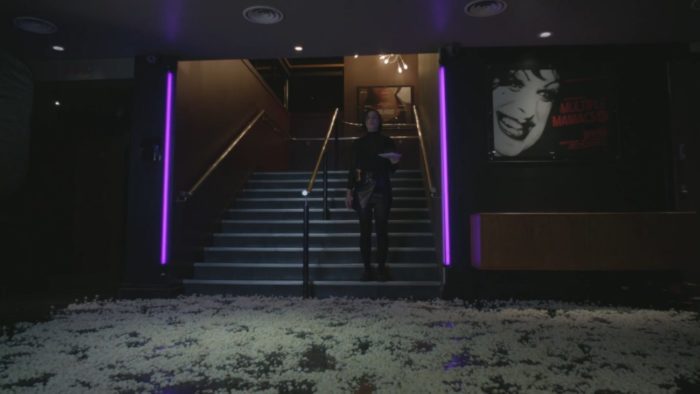 This short film, written and directed by Marianne Chase, is apparently based on a real-life story, though after a good hour of research I was unable to find information regarding what this is based on; this is not a slight against Chase, but I am genuinely curious about this story. Audrey (Marianne Chase) is closing up the Curzon Soho cinema, which is an iconic theatre, when the embodiment of Always Sunny‘s Dennis Reynolds decides to stay after and forcefully shoot his shot. The Dark L (Gabriel Basset-Smith) is a wannabe suave man, who just comes across as creepy and unattractive in every way possible. Beta Male is an insanely interesting and fun short that ended with a positive, “oh!” from me.

The direction of this lends to the authenticity of the feeling and creates a questionable atmosphere. Eduardo Cariglino’s editing gave me heavy Natural Born Killer vibes, which gives credence to Chase’s character arc and makes the short just that more entertaining. Overall, this short plops a giant exclamation point on the end of the first block of short films.

Looking for more on the Final Girls Berlin Film Festival? We’ve got you:

“Final Girls Berlin Film Festival: Time To Get Pissed off With These Wrathful Horror Shorts”

“Final Girls Berlin Film Festival: You Are Not My Mother Is a Terrifying Folk Horror Tale”