Out of all of the sins, envy is the least fun. It’s full of sadness, regret, and pain. Envy can make a sane person in, or the nicest person go dark. It also creates some great moments for genre filmmakers to seize. The fourth block of shorts for the Final Girls Berlin Film Festival is on the topic of envy. This block has shorts that cover everything from nihilism, to friends arguing about which one they think the home intruder is attracted to. Let’s give it a look!

Red Is The Color of Lonely, Written and Directed by Beck Kitsis 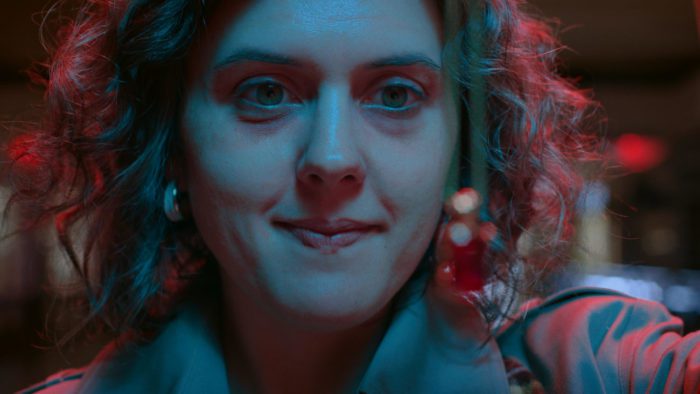 A woman finds a necklace in a jewelry store that speaks to her, figuratively, and decides to get it. At that point, a young goth girl comes up and says that the necklace is hers. After the young girl gets booted from the store, our lead buys the necklace. Once she puts the necklace on, we see just why exactly the young girl wanted it for herself.

The idea behind this short is simple and to the point, but provides some commentary on self-image. Once we know what power the necklace holds, it’s kind of depressing to see that’s the reason the young girl wanted it. She just wanted to feel happy in her own skin. Even though the pacing seems a tad off, this short film is a really interesting one and says more than you would think a film like this is saying. 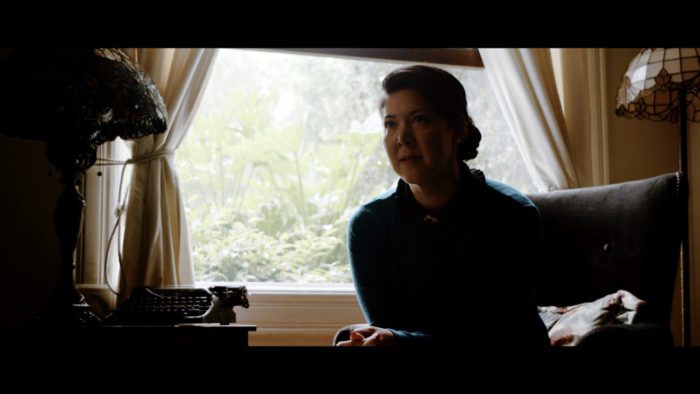 What you think is happening, actually isn’t. Inch Thick, Knee Deep is a story about a woman named Quinn (Anatasha Blakely) as she questions Adrienne (Whitney Morgan Cox), about the man she has been seeing recently. It soon turns out that Adrienne may be the dreaded “other woman.” But…is she? Things soon to turn out to be not as they seem when a huge information bomb gets dropped on us.

This short was supremely entertaining, with some great moments of horror. The big reveal happens roughly a quarter way through and completely changes the dynamic of what is going on. Both Blakely and Cox do an excellent job selling their respective roles, especially Blakely when she gets her moment to do what she wanted to do to Cox. Inch Thick, Knee Deep is a great piece of psychological horror.

In the midst of overcoming something that happened to her recently, Ana (Anaïs Parello) goes to a party full of friends of her boyfriend Mathieu (Mathieu Lourdel), at the behest of her mother. Ana soon becomes jealous of the long, almost borderless friendship between Mat and his friend Marie (Sophie de Fürst). Everything gets weird and trippy when they all take an acid-like drug, which is accompanied by some fantastic shots.

Hannya was a really solid short film and is shot fantastically. There are some interesting ideas of lore brought up due to Marie’s recent trip, where she brings back some masks, one of which is representative of the Oni. Talk about Chekov’s Oni mask! The tension that builds between Ana and Marie is expertly handled by the two actors and creates such a thick layer of anxiety. This short film is 100% a definite recommendation.

Hermanas, Written and Directed by Costavetsky

Two sisters are stuck in an elevator with nothing to do but talk. They seem to have a strained relationship and spend the majority of it arguing about their memories. But all is not what it seems to be once we learn the truth behind one of the sisters. A film about mental health and how it’s dealt with from person to person, Hermanas is a sad and painful film to watch; it’s an emotional gut punch.

The filmmaking in this one is simple, black and white with a 4:3 aspect ratio. This feels very claustrophobic, not only making us feel like we are stuck in the elevator with the sisters, but also stuck in their mental predicaments. Costavetsky created a really powerful piece of art with this one. We’re treated to one final image as the power to the elevator turns back on, it is one of the most effective shots I have seen in a film, short or feature, in quite some time. 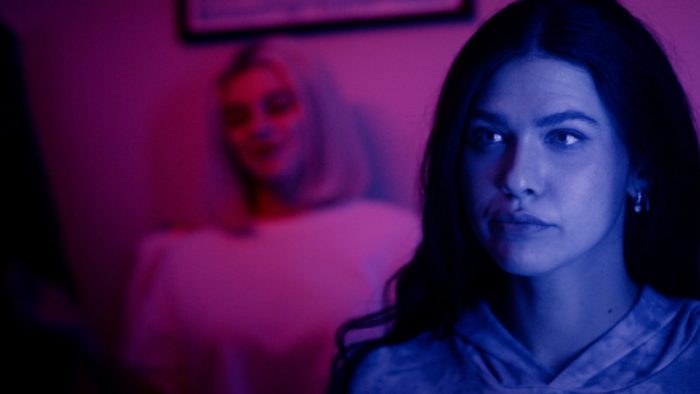 On the heels of Scream (2022), this short is a quick and easy slasher film that, as with Scream, subverts the idea of the rules a slasher can follow. Two friends, Becca (Jess Adams) and Delaney (Skylar Benton), decide to order some pizza and have some wine for a chill and relaxing evening. Moments before Delaney’s arrival there is a knock on the door, but no one on the other side. Later in the night, once Delaney arrives, they get chased through the house by the slasher. What entails from there is pure comedy gold. They slowly start to get into an argument about who they think the killer would be attracted to.

This short was created based on the Bechdel test, which asks whether two [named] women in a piece of work talk about something other than a man, which this short promptly fails. LaRue’s script is hysterical in all the right ways, poking fun at itself and the slasher subgenre. Also, the design for the hunky slasher is incredibly dope, as he rocks a bat with some rusty nails poking out of it. Girls Night In is a wonderful piece of satire that would probably make anyone laugh. 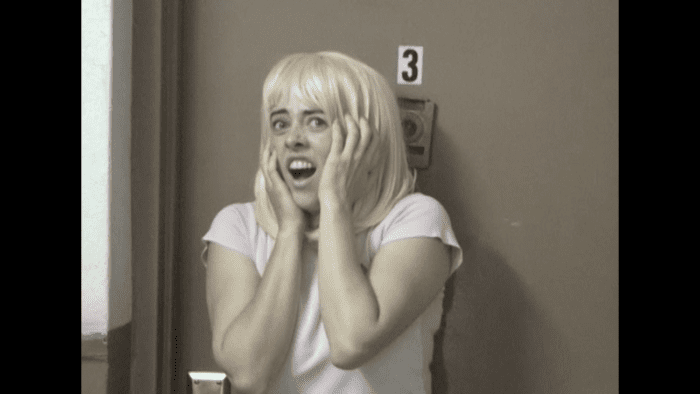 Murderers Prefer Blondes is weirdly comedic and makes little sense, but that doesn’t stop it from being entertaining as all hell. The blonde sister (Mary Neely) sits on the phone and annoyingly chats with her boyfriend, while the brunette sister (also Mary Neely) tries to read a book. The sisters bicker back and forth for a bit before her boyfriend comes over. Then, well, the title says it all. This short is whacky, offers a few laughs, and is done before you know it. The idea behind this short is interesting, but I think 4 minutes of it is about enough.