It’s happening. After being first reported to be in the works almost two years ago, Disney+ has officially given a 10 episode order for a live-action series based on R.L. Stine’s Goosebumps.

Early details are sparse, but Variety reports that “The series follows a group of five high schoolers who unleash supernatural forces upon their town and must all work together—thanks to and in spite of their friendships, rivalries, and pasts with each other—in order to save it, learning much about their own parents’ teenage secrets in the process.”

From what little we know, it sounds like it will be similar to the pair of live-action Goosebumps movies that adapted several different books into one large narrative. Rob Letterman, who directed the well-received 2015 Goosebumps movie, is attached as a writer, executive producer, and director for Episode 1, so by all accounts, the series looks to be in good hands.

What’s more up in the air is how much influence will be drawn from the original Goosebumps series that aired from 1995 to 1998. That series, along with its contemporary Are You Afraid of the Dark, wasn’t afraid to get into some dark territory for a kid’s show, and it’ll be interesting to see just how far the showrunners are able to go on the generally more family-friendly Disney+ platform. 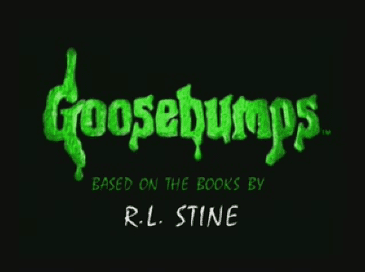 Personally, I’m most intrigued by that last line, “…learning much about their own parents’ teenage secrets in the process.” It sounds like the story will more than likely take place over multiple time periods and look at multiple generations while adopting different styles and influences depending on what time period we’re in.

If that sounds familiar, it would be similar to what was done with the other R. L. Stine adaptation we were recently gifted with: Netflix’s Fear Street adaptation that premiered in 2020. That adaptation took place over three movies, with each one taking place in a different time period and taking on a different style of horror. Given that those three films were also generally well-received (as well as being a personal favorite of mine) it wouldn’t be surprising to see Goosebumps go down a similar route—even if it will almost certainly be toned down, since Fear Street was always for a slightly more mature audience, and I don’t think a Disney+ series is going to go anywhere close to hard R/TV-MA territory in the way that the Fear Street movies did. After all, Goosebumps is still very much made with that younger audience in mind.

Given how influential the Goosebumps and Fear Street books have been—as well as the sheer volume of quality books in each series—you’d be hard-pressed to find a horror fan who grew up in the ’90s and beyond who doesn’t have a soft spot for Stine’s books. Between this upcoming series, the Fear Street films, and the recent Disney+ series Just Beyond, it looks like we’re at the beginning of a full-blown Steinessance—and likely, a whole new generation of horror fans just waiting to discover the genre for the first time.