Films like Wake in Fright, The Babadook, and Wolf Creek have proven that Australian horror is gnarly and unforgiving. The Aussie’s really know how to make some memorable and truly frightening works of horror. Luckily for us the Brooklyn Horror Film Festival collected some of the best Australian horror shorts and put them in a block together for our viewing pleasure, and needless to say they were pretty great. 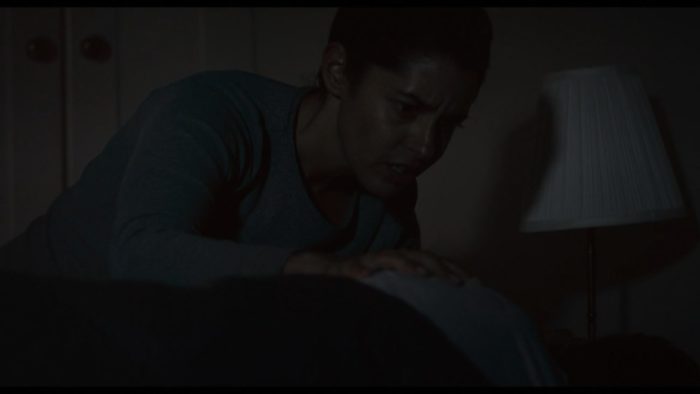 The Australian Shorts block started off with a, “thanks I hate it,” uttered from my mouth in the most positive way possible. Kelly (Jessica Saras) comes home from a work shift, only to find her husband weirdly sleep talking. She goes to check on him, only to be surprised there is blood on him. What happens next is spine chilling. The antagonist is The Smiling Man (Rhys James), a truly horrifying and nearly featureless figure.

One of the major things that made my whole body shiver is something that The Smiling Man does to Curtis (John van Patten) while he is asleep. It’s a very simple effect, in theory, but Firth really pulls off the effect with class. Sleep Talker is a direct, simple, and effect piece of horror and makes one think twice about whether or not their windows are locked at night.

Inferno is a twisting blaze of glory. To start the fire that takes place in the opening looks absolutely great. As someone who has had experience working with first responders and responding to home/apartment fires, this really took me aback and choked me up. I must assume that the fire is VFX, but it looks insanely realistic. Props to 3D VFX artist Tim Bahrij and VFX Supervisor Matthew Sawyer as I can only imagine the work that has to go into creating a shot like that.

The short is about a man who is reconciling the fact that he burned his house down as a child. He must return to his childhood home as the Council gave him a demolition order on the property. What ensues is a mind bending psychological piece of horror that caught me pleasantly by surprise and looks absolutely fantastic. There is a specific creature effect that looks and sounds very gnarly, and completely elevates the short to a whole new level. Said creature looks fit to be in the CryptTV cinematic universe.

Putnam’s direction of the scenes and actors is the cherry on top of the cake. She takes the viewers on a psychological trip through this man’s damaged psyche, and captivates you for the entire runtime. 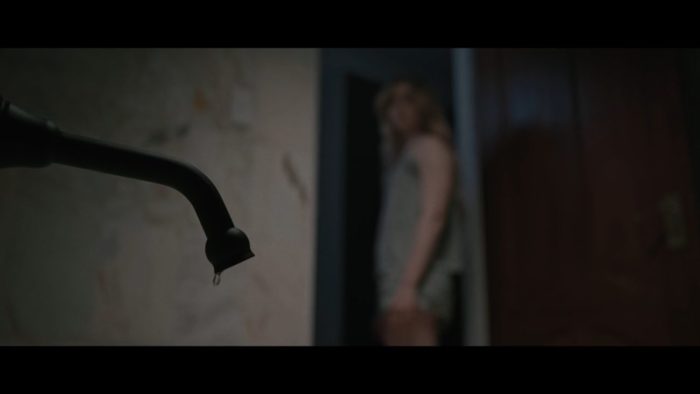 Drip is a knock-down-drag-out home invasion piece with a heavy emphasis on supernatural horror. What’s interesting is Elle Harris is credited as The Housemate, implying that she is a roommate of The Spirit (Yuliya Napier), which adds a fun level to the entire thing. After doing everything she can to stop the bathtub faucet from dripping, The Housemate must confront the supposed force making the dripping occur.

The creature design and makeup of The Spirit is gross, waterlogged, and pretty scary, creating an intense antagonist. I’m not completely sure what the underlying story behind The Spirit is, but I can assume it’s Grudge-esque; perhaps it is a tortured soul looking for retribution? Fenton’s directing accentuates the interesting script and creates a wholly unique home invasion piece. It left me wondering, is it actually The Housemate that is the home invader? Drip delivered on some pretty solid scares, and I would be excited to hear of a feature length version of it.

The Golem written and directed by Ryan Cauchi 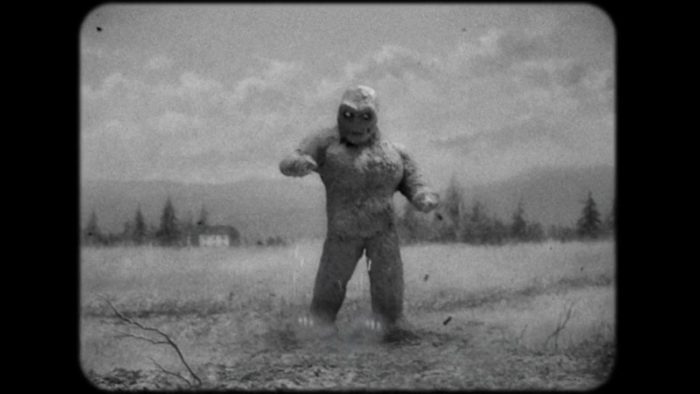 This may come as a surprise but this is the only short I have personally seen played over multiple festivals. Although it’s not a huge surprise seeing what impressive work had gone into creating the wonderful effects. While heavy praise must go to Cauchi for his script, a huge shoutout must be given to Norman Yeend who is the Stop Motion Animator and puppet builder. Yeend also had a stint as a model maker on Ultraman: Towards the Future which is just plain rad. Yeend’s work stands out in a scene towards the end with a Gamera like scene with the Golem. What can I say, I’m a sucker for good some solid stop motion.

The Golem finds a group of Nazis hassling a Rabbi, who has recently finished sculpting a mini clay Golem statue. What the Nazis don’t know is what will happen when they destroy it. I’ve always found myself uncomfortable with the Nazi trope, but thankfully, in this and in history, they get what they deserve. The Golem’s ambiguous ending leaves a few questions, but you can’t help cheer when you see the Nazis fail to defeat the Golem. I just wished we could have seen some more Nazi death.

Sweet Mary, Where Did You Go? written and directed by Michael Anthony Kratochvil 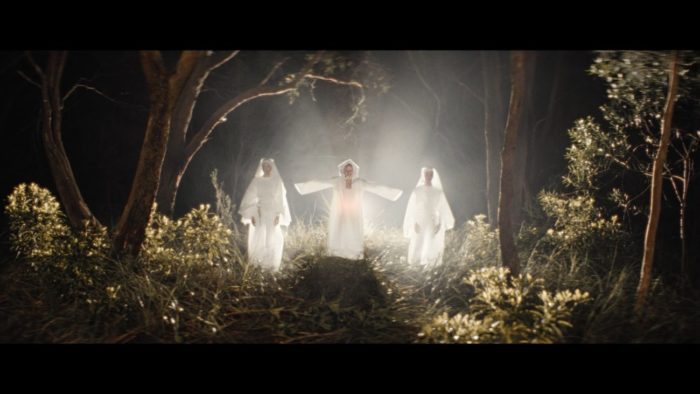 “In 1803 Australia, Britain administered the first convict settlement in the state of Victoria. . . An estimated 21 convicts escaped.” Sweet Mary follows one of these escaped convicts who has camped out along a river, while they try to survive and figure out his next steps. One day the convict encounters The Visitor (James Wardlaw), who is accompanied by Dee (Eliza Baker) and Dum (Darcy Halliday). These futuristic traveler’s goal is to understand life and mortality, by ending that of others.

Kratochvil’s direction and Mark Kenfield’s cinematography create a beautifully haunting short. They do a great job of making you almost feel sorry for the convict who is put in this unfortunate situation, and must deal with these insidious forces. There is a very memorable scene towards the end, after a very distinct time jump, that delivers a great moment of gore. The SFX for the beach scene is absolutely fantastic and creates such an exciting and explicit stylistic change. I would also be remiss to not mention how perfectly Benedikt Schiefer’s score meshes with the images to create an all around fantastic aural and visual aesthetic.

Yummy yummy sushi time! Sushi Noh follows a young Ellie (Geneva Phan) who has to spend time with her surly Uncle Donnie (Felino Dolloso) when her parents go away on a trip. Ellie is just trying to be a kid, and play with toys, but Donnie is just not a fan of childhood happiness apparently. He destroys her toys, and any sense of joy she could have. One day they see an infomercial for a device called Sushi Noh, and their lives would irreparably change.

The design of Sushi Noh looks simultaneously like a cheap infomercial product and incredibly foreboding. The idea of Sushi Noh is you put a whole fish into the device and bippity boppity boo, a whole sushi roll pops out. After a visit from Donnie’s evangelist friend and hopeful conquest Caroline (Jodine Muir), Ellie learns how to manifest her dreams, which may not be good for Donnie.

Sushi Noh devolves into madness and pain for all involved parties as Hua’s fantastical script deteriorates into horror, and visually manifests the style of Kabuki theater. The single location adds a heaping helping of claustrophobia and helps us empathize with the unfortunate situation Ellie is thrown into. This was probably the strongest short that the Australian shorts block could end on, with such an intense final image that I have not been able to get it out of my head. Sushi Noh? More like Sushi yes!

Looking for more on Brooklyn Horror Festival 2021? We’ve got you:

“Brooklyn Horror Film Festival: When I Consume You Is a Dark and Gritty Masterpiece”