As the year comes to a close, I’m again looking to the new year and indie horror. So many of my favorite horror titles are indies and I think they’re a great way to get more people into gaming. You (generally) don’t need a high-tech PC to run them, making them highly accessible to newcomers and veteran gamers alike. Not every title I mentioned on last year’s list was released due to delays or other factors, so I won’t be repeating those. As always, if a game interests you, the best thing you can do is Wishlist it or follow the developers on social media. 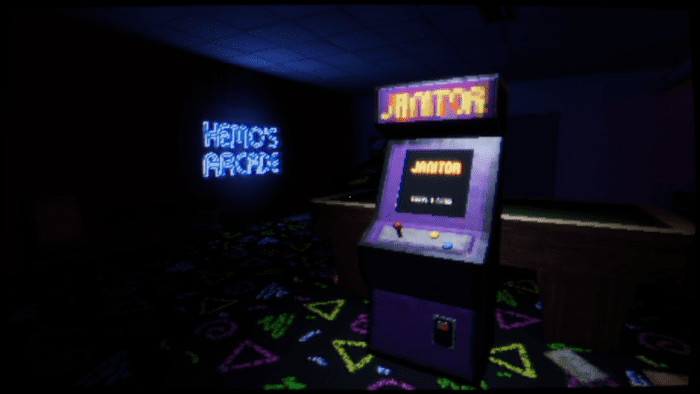 I loved the previous title from Korpus which was titled Buried over the Black Soil, so when JANITOR BLEEDS was featured in the 2021 Haunted PS1 Demo Disc, it caught my interest. Explore an old arcade that appears mysteriously. Inside you’ll find JANITOR, a cabinet just begging to be played–except you physically cannot stop, as the machine is cursed! I’m a fan of the chunky graphics and “game-within-a-game” setting.

JANITOR BLEEDS will release in early 2022 for PC (Windows, Linux, macOS), Nintendo Switch, Xbox, and PlayStation systems. A free demo can be downloaded on Steam or Itch.io. 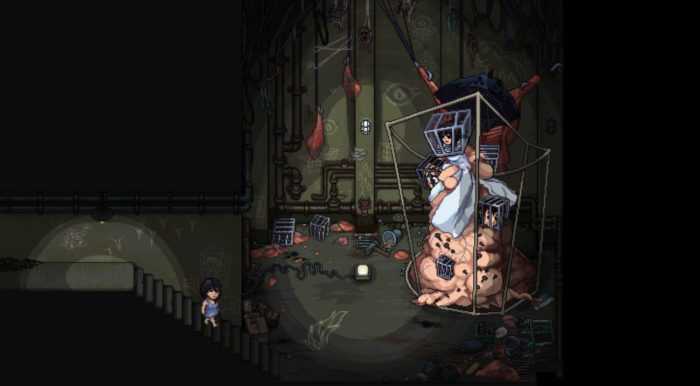 In my own fiction writing, I have two themes I go to over and over again: dreams and body horror. It would take a whole article to go into the full reasons why I love these two, but safe to say when I saw Decarnation, I raced to find out as much info as I could. Developer atelier QDB describes the game as including metaphorical minigames and cryptic puzzles, with Gloria conquering her dream demons to face real-life challenges. These deeply detailed pixel-art horror titles are gorgeous to look at, as well.

Decarnation will release sometime in 2022 on Steam.

Taking heavy inspiration from survival horror classics like Resident Evil and Silent Hill, Post Trauma flips the script by having you play as an older, quite an average-looking man named Roman as he tries to return to his family in a hostile, strange world. Ordinary people dealing with extraordinary, horrifying circumstances are some of the best in horror, and I think this will deliver in those departments. While it has no release date yet, I wanted to mention it because it looks amazing!

Post Trauma has a free demo available on Steam and Itch.io. 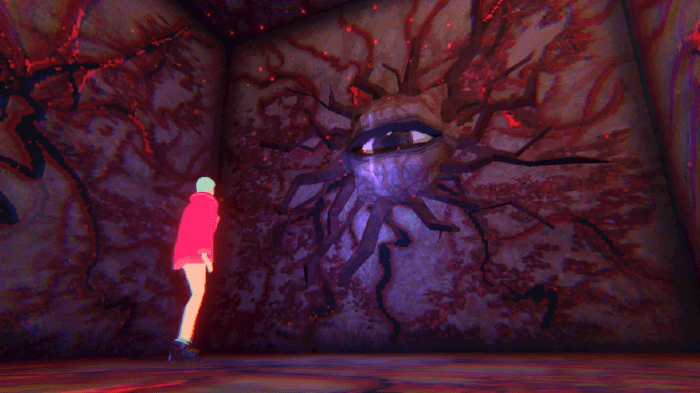 Michelle only has a few days left to live after being cursed by a demon. Explore her stomping grounds and interact with residents, or delve deeper into the demon world. The game includes light FPS-combat and multiple endings. It was revealed during the Haunted PS1 EEK3 Showcase (a riff on the popular E3 convention, with indie horror games) and sports a vivid array of colours, including my favourite: pink!

Sorry We’re Closed will release in late 2022. Available to wishlist on Steam and follow on Itch.io. 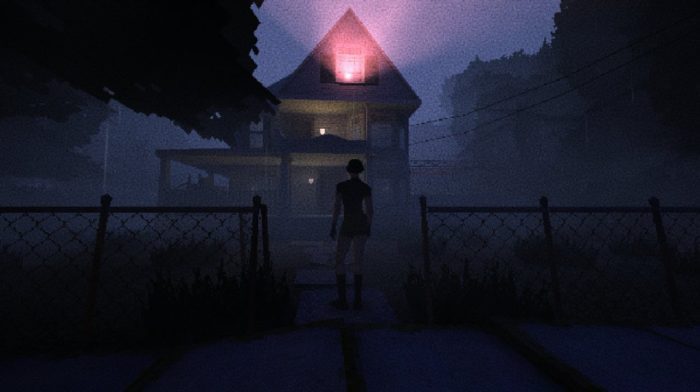 I feel like a kid at a buffet with all these PS1, low-rez horror games coming out. It’s great to see developers who are around my age making games like the ones we grew up with and using the style and tropes to tell new, original stories. Heartworm is one of them, looking like you could pluck it straight out of a Blockbuster circa 1999. It’s a self-professed love letter to classics, and it shows.

Heartworm has an alpha demo available to download on Itch.io, and can be wishlisted on Steam. 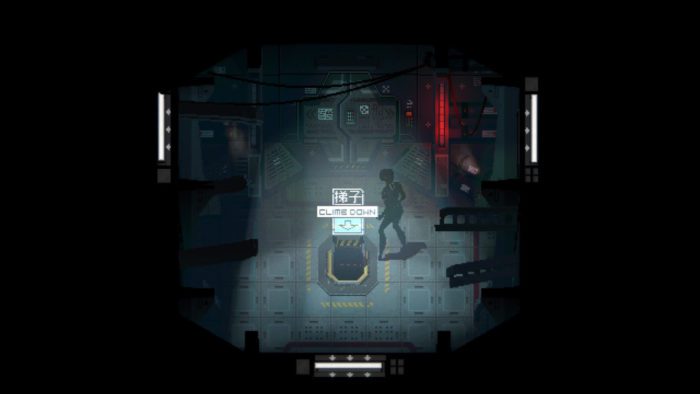 While the majority of games on this list feature either retro graphics or gameplay, SIGNALIS takes the survival horror genre and mixes it with cyberpunk aesthetics, like a slick crossover of Blame! and Blade Runner. It’s also a bit more action-orientated, with the Replika protagonist Elster using a variety of guns as she traverses a world full of retro-tech and monsters. Plus, it was presented by Guillermo del Toro at the 2021 Tribeca Games Spotlight digital showcase, which has got to feel great.

SIGNALIS has no confirmed release date but can be wishlisted on Steam. 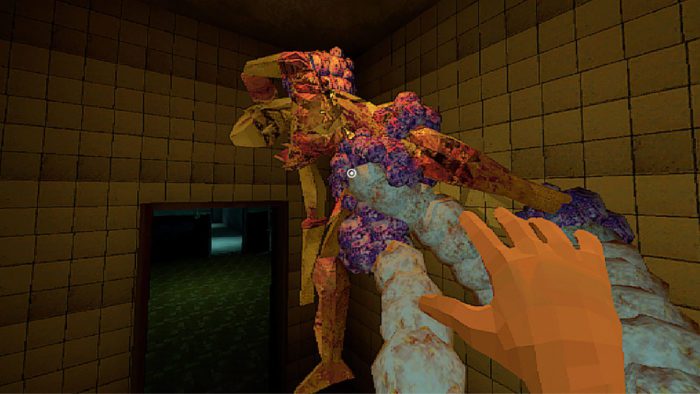 What if you couldn’t directly attack your enemies, but could contort their flesh into horrible shapes? Misshapen is the game for you! The Zheltikov military base, while studying the volcano of the same name, was caught in the eruption and things started to get a bit…lumpy. If this concept sounds interesting and you’d like to give it a test run (and why wouldn’t you), BRUTO released the free Misshapen’s Greeting Card Simulator to let players experiment with the physics engine. I will expect all my future holiday cards in this format with no exceptions.

Misshapen has no confirmed release date but can be wishlisted on Steam. 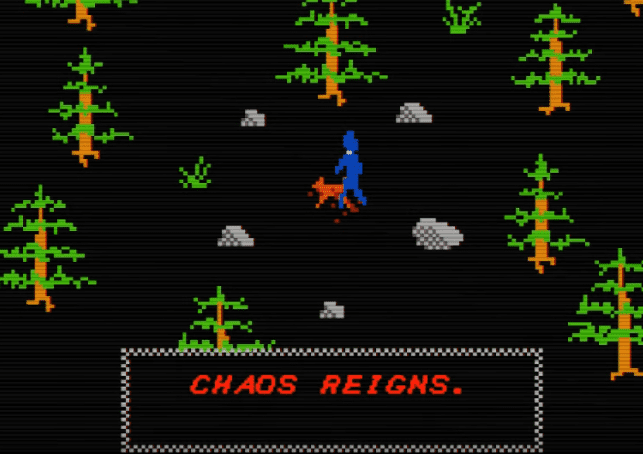 FAITH is an Atari throwback horror title from Airdorf. Chapters I and II have been out for several years now and gained a lot of traction on Youtube and Twitch. Yes, it looks incredibly simplistic—but that somehow makes it creepier. Plus the rotoscoped cutscenes are extremely disturbing like an arm coming out of a girl’s mouth, or a demon crawling on all fours. And remember…Gary Loves You.

FAITH Chapters I and II can be downloaded on Itch.io. The trilogy can be wishlisted on Steam. A demo is also available.

I could go on forever with games; it’s a great time to be a horror fan! Several titles to also look out for include Ikai, set in feudal Japan; Eldritch House, a hybrid Lovecraftian-detective game; Loveland, about a frog-worshipping cult; Witching Hour, learn dark magic and explore a creepy town; Blue June, a young girl confronting her nightmares; Dead Letter Dept., transcribing old mail that begins communicating with you…You get the idea.