Welcome back to my series on the wild and wonderful enemies of Elden Ring. In the two previous installments, I examined monsters and bosses from the first few areas of the game. Now I’ll take a detour and focus on completely optional encounters. The world of Elden Ring is incredibly vast, and as such, there’s a lot that players can miss either by missing an area, or even in some instances by not advancing an NPC quest. 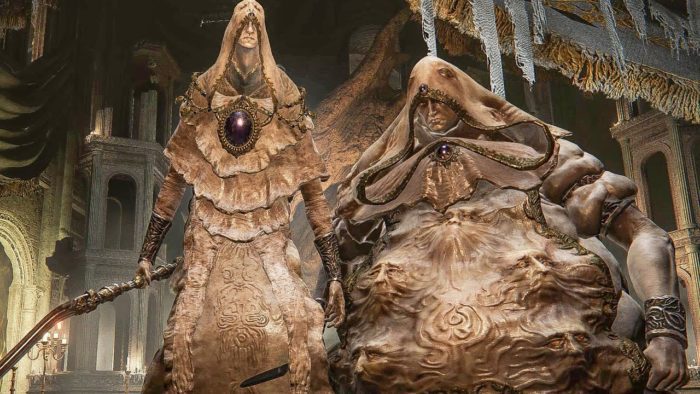 Apostles and Nobles (left and right in the image above) are optional bosses that appear in various areas of the game. They each appear to be wearing robes made of skin, hence their name. Both use Black Flame magic and have a variety of devastating moves—and later on, you fight the duo together! Many suggest this is a reference to Ornstein and Smough from the original Dark Souls, who likewise are a duo featuring both a tall and a stout character.

The Apostle’s weapon is called the Peeler—one end is a sickle, the other a twisted spear for boring into flesh. When their health is half depleted, the Apostle will stretch his body from the waist outwards like Mr. Fantastic, which is terrifying and strange. They can then “fold-up” like a slinky and close the distance to reach you. Another Apostle can be found at the top of Dominula, Windmill Village, which is full of women dancing and singing (very Midsommar vibes). A nearby spirit offers a clue: “no, no, please don’t skin me. my hide is filthy, I swear!” As the women are known as Celebrants or Festive Dancers, we can only assume what the festivities involve… 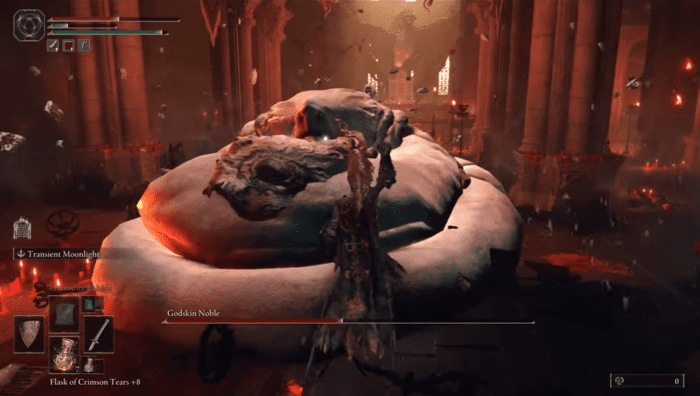 Their counterparts, the Godskin Nobles, are like a horrible Michelin Man, they have rolling folds of flesh and are equipped with a rapier called the Stitcher. They have two special attacks, each telegraphed by a large shockwave. The first will have the Noble turn on its side and roll at you, and this will kill you if not careful. It does a ton of damage and can be extremely hard to dodge. The second attack is a large ground pound, equally devastating. Envious of the fit? Have no fear! Both sets of armour are available if you really want to look like a lump of old chalky Play-doh.

Astel, Naturalborn of The Void First off, what a name! Reaching Astel requires quite a journey through the depths of the earth once a meteor crashes into the Mistwoods. After traversing the Lake of Rot, a temple of Shrimp-humans worshipping an altar, and riding in a coffin down a waterfall (yes really), you find this beautiful and ethereal creature, a massive dragonfly with planetary globes segmenting its spindly body. If you remember the Malformed Star from Part 1 of this series, Astel feels like a fully grown version of those. Elden Ring has many references and plot details relating to the stars and space, so I can only assume Astel is not of this world. 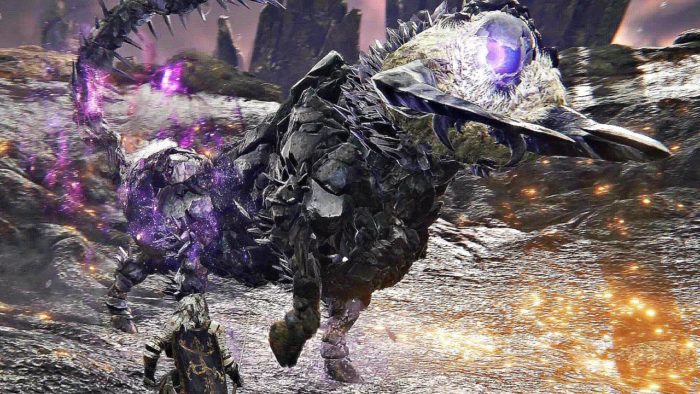 Fallingstar Beasts are another optional boss that might come from the same place as Astel; both have centipede-like features, appear in craters, and use gravity magic. The Beasts differ in that they behave more like bulls, charging and ramming into the player. One Fallingstar Beast near Lyndell is surrounded by men digging for gravity stone chunks and a priest raising his arms towards the Beast in worship. 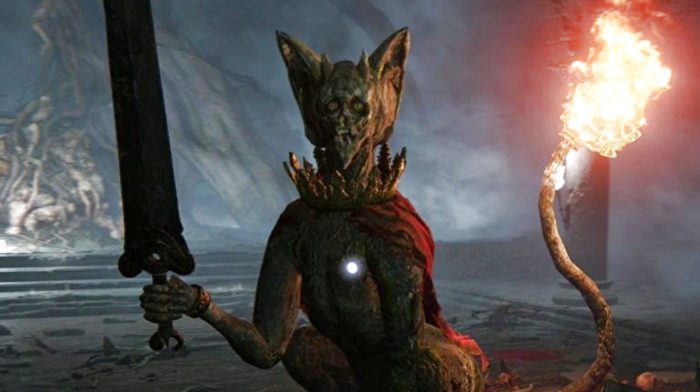 Watchdogs (who look more like cats to me personally) might be one of the first bosses you encounter, but they are still optional! Watchdogs only appear in Catacombs, small dungeons scattered around the map. They are mechanical guardians of the Erdtree roots and come in several variations, with one or three heads, and either a greatsword or staff. Their cold, dead stare is really creepy and the way they move is stiff and mechanical. The first time I met one, it rose straight up into the air and approached me like it was on wires and I felt my blood run cold. Once you get the hang of the game, these guys are not too big of a threat, but they still give me the heebie-jeebies. One “fun” thing FromSoftware likes to do is make early bosses into regular enemies later on, and that’s the case with Watchdogs and our next enemy! 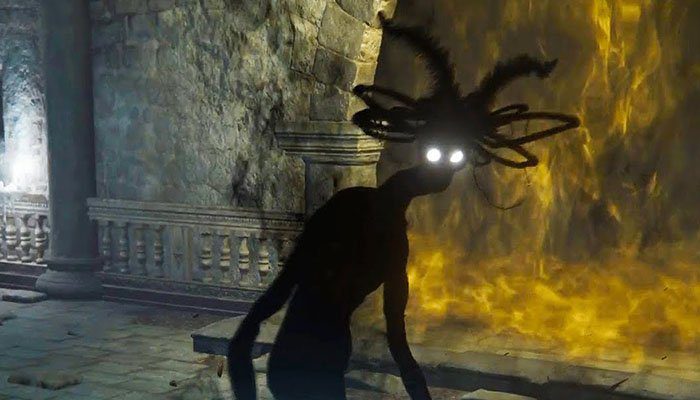 If you don’t fight a Watchdog as your Catacombs boss, you’ll probably face a Cemetery Shade instead. Cut from the night itself, Shades flick in and out of existence as they approach you with double sickles and poison bubble traps which you’ll need to button mash to get out of. If you’re too slow, the Shade will stab you repeatedly with their spiked head. The glowing eyes are super creepy to me! 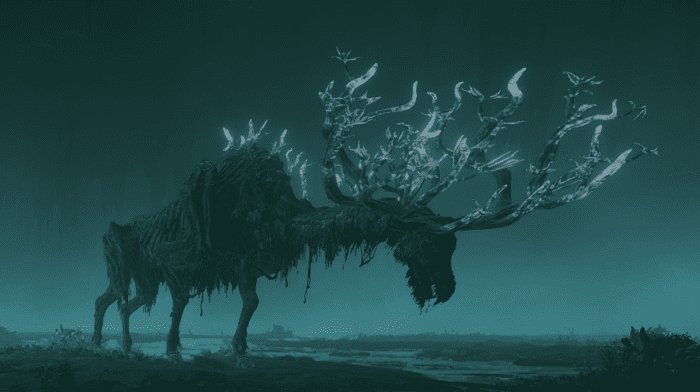 The reanimated corpse of long-dead Gods, Ancestor Spirits can only be found at the bottom of the two wells, Ainsel and Siofra, and after activating a series of braziers. Their boss arenas are huge, waterlogged caves with ghostly spirits of animals residing alongside the Spirit. They’re beautiful and sad, in the same way the Spirit of the Forest is in Princess Mononoke. Representing when nature once reigned supreme before men overtook the Lands. It has one of my favourite music tracks in the game, with sombre strings that reflect the mood. It doesn’t feel GOOD to kill these guys.

I hope you’ve enjoyed these explorations of the enemies of Elden Ring. In the next installment, I’ll be getting into major spoilers, covering some of the major players within the plot and their place within the world.