There is something to be said for the “world traveler.” You know these people—the ones who say, “Oh, I just got back from a long weekend in Greece,” then continue like it’s nothing. You look at someone like this and try to understand that traveling the world cannot be delivered in the same manner as running down to the local 7-11 and getting a carton of Parliament Lights. You think to yourself, what does a long weekend in Greece entail? For someone like myself, residing in the United States, a long weekend in a different county doesn’t even get thrown around as casually as some world travelers throw around their world-weary stories. This week’s The Last Drive-In features two films made outside of the US, and it got me thinking about seasoned travelers.

Before we get into this week’s episode of The Last Drive-In, I wanted to get back to those who fly the coop multiple times a year. There a different types of “world travelers” out there. Yes, the name gives it away, but some hit the trendiest spots and move on, then some want to see what the world has to offer. I’m not going to turn this piece into a long rant-and-rave article, nor will I be yelling at the clouds; it’s just that there are different types of travelers throughout the world, and I’d like to talk about a few of them. 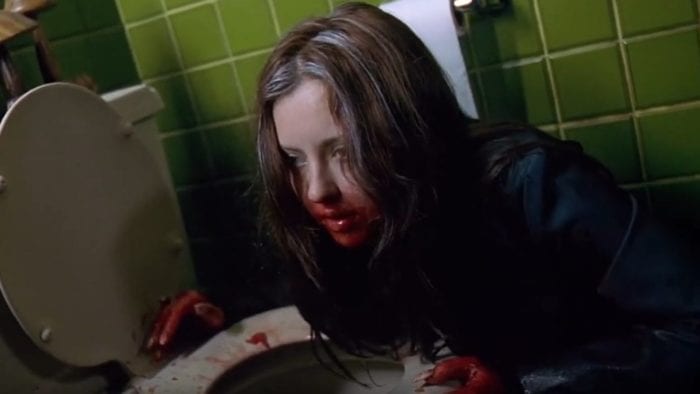 The first type of traveler I would like to talk about is the type I call the “Plane Janes.” These travelers fall into the category of flying to a destination, hitting the usual destination spots, and taking a flight back home. There is nothing wrong with being a “Plane Jane,” as most travelers fall into this category. It’s a safe way of seeing the mandatory sights, the cliched restaurants, and top destinations on Trip Advisor. By traveling there, you are a “world traveler,” but what you see is a cherry-picked version of the world. Sometimes, you want to travel somewhere and relax; there is nothing wrong with that!

The other “world traveler” I would like to touch upon is the group of people that want to travel off the beaten path. If you’re wondering why this group doesn’t have a cute nickname, well, I couldn’t think of one. Anyways, these are the travelers who pack light and don’t plan their trips via an itinerary. These travelers understand where they want to get to, but everything in between is up for grabs. There’s plenty to see worldwide; it’s your choice on what you want to experience.

And speaking of places that I’ll never see, Joe Bob Briggs picked up from the prior week, trekking around the world for two horror films made outside of the United States. After concluding last week’s episode with Australia’s Next of Kin, Joe Bob Briggs continues his globetrotting ways as he makes his way to Canada for Ginger Snaps and then heads to South Africa for Fried Barry. 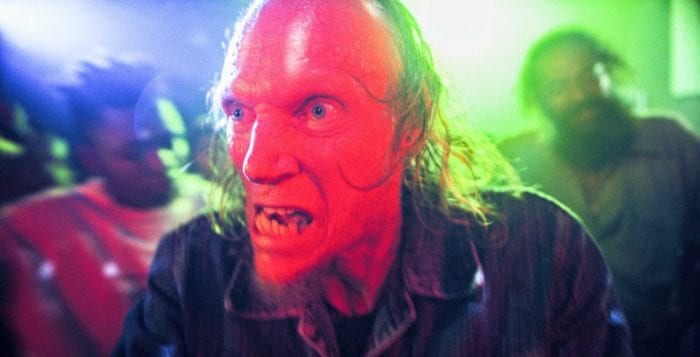 Anyone who is not familiar with Ginger Snaps should rectify this immediately. Werewolf movies have been around almost as long as cinema, and it is hard to create a new spin on a well-worn idea. Thankfully, director and co-writer John Fawcett came together with writer Karen Walton to craft a well-made werewolf film from Canada.

When a lycanthrope attacks an outcast high schooler, her equally outcast sister works to find a cure. As the sister’s body begins changing for the wolf-ier, she also has to deal with her first period. Not just your typical monster film, Ginger Snaps is a tightly wound and entertaining horror film with a hint of satirical bite (yes, pun intended). It had been a few years since I had seen the movie, but I was to revisit the fictional Canadian town of Bailey Downs with The Last Drive-In crew.

As someone who has not traveled the world as much as I would like, Toronto has always been on my list of “must visit” cities. After watching the Toronto suburbs in Ginger Snaps, I give a slight pause to my travel hopes. Rows of similarly themed houses and a depressing lack of vibrancy showcase a landscape that does not offer a welcoming vibe. I am not someone that uses a film to decide whether or not to visit a location, but the depressing locale works well for Ginger Snaps, not the tourist board. 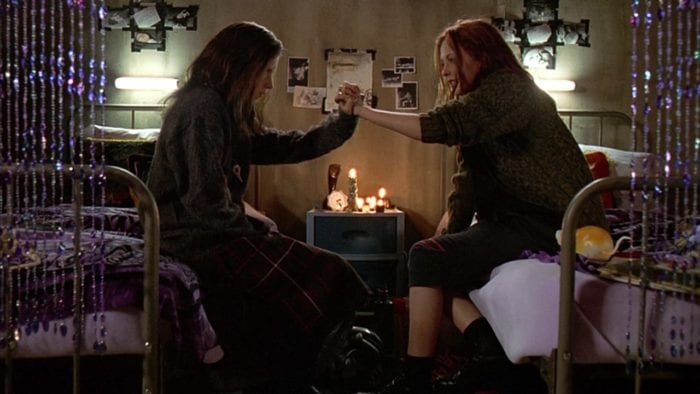 What was that I said about a welcoming vibe? The second film on this week’s double-bill comes courtesy of South Africa and is either the worst advertisement to visit the area or the best. Fried Barry is a hard film to describe and is the type of film that usually irritates me, personally. When Barry, a heroin addict, is abducted by aliens, he finds his body taken over by the extraterrestrial. The alien uses Barry’s body to experience everything that South Africa has to offer. And what does South Africa have to offer?

According to Fried Barry, South Africa is wall-to-wall with drugs, sex, gangs, and child prisoners. Not a film that the Department of Tourism would use, one would think after watching Fried Barry that setting your feel down on South Africa’s soil, you will be presented with pills or offered sex. Granted, this may not be the worst thing in the world; there would also be the possibility of being assaulted by street thugs or winding up caged in a pedophile’s dank warehouse with other exploited children.

I had mentioned earlier that a film like Fried Barry irritates me, and that is because of a frenetic pace and hyper-editing. Stylistic choices like this are not a bad thing, and for the film, it works, but it uses these flashy techniques to cover up a lack of substance. Not to say that Fried Barry isn’t an entertaining film or worth at least one viewing; it’s a hollow film that is kept afloat by its relentless pacing and oddball story. Does it make me want to pack my bags and head to South Africa? Not in the least, but I did get to see a side of the world that was foreign to me before Friday night. 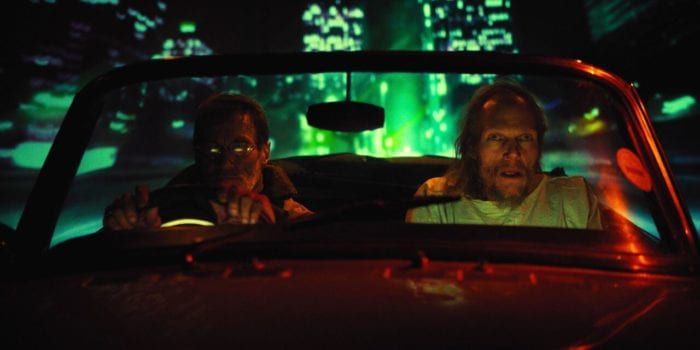 Episode 4 of The Last Drive-In is why Joe Bob Briggs, Darcy, and the entire crew make Friday nights on Shudder the best night of the week. We get together with friends and experience new things—good or not, that doesn’t matter; it’s the journey. And you don’t even have to pack your bags.