Hey, everybody, have you heard the news? Yes, those are the opening lyrics to the theme for Shudder’s The Last Drive-In, but the question also pertains to the reappearance of Joe Bob Briggs. When we last saw the man himself, he and Roger Corman were wrapping up another classic season of The Last Drive-In. As is customary with the end of the season, we Mutants have to wait patiently for news of Joe Bob, Darcy, and the crew to grace our screens once again. Wait no longer, as Joe Bob made the announcement official: he will return on October 8, 2021, at 6:00 PM PST / 9:00 PM EST with Joe Bob’s Halloween Hoedown.

That’s right, Mutants. Another year, another Halloween get down. Granted, Joe Bob did not divulge a large number of details to go along with this announcement, but there is the promise of “serial killer mayhem” along with “Halloween experts to tell us how to carve.” Could additional Michael Myers flicks make an appearance after the original The Return and The Revenge had their time to shine on Joe Bob’s Halloween Hootenanny from 2019? Will another slasher get a chance to flaunt their stuff? As of right now, most serial killer films are on the table and leave a nearly endless amount of options that Joe Bob might show. 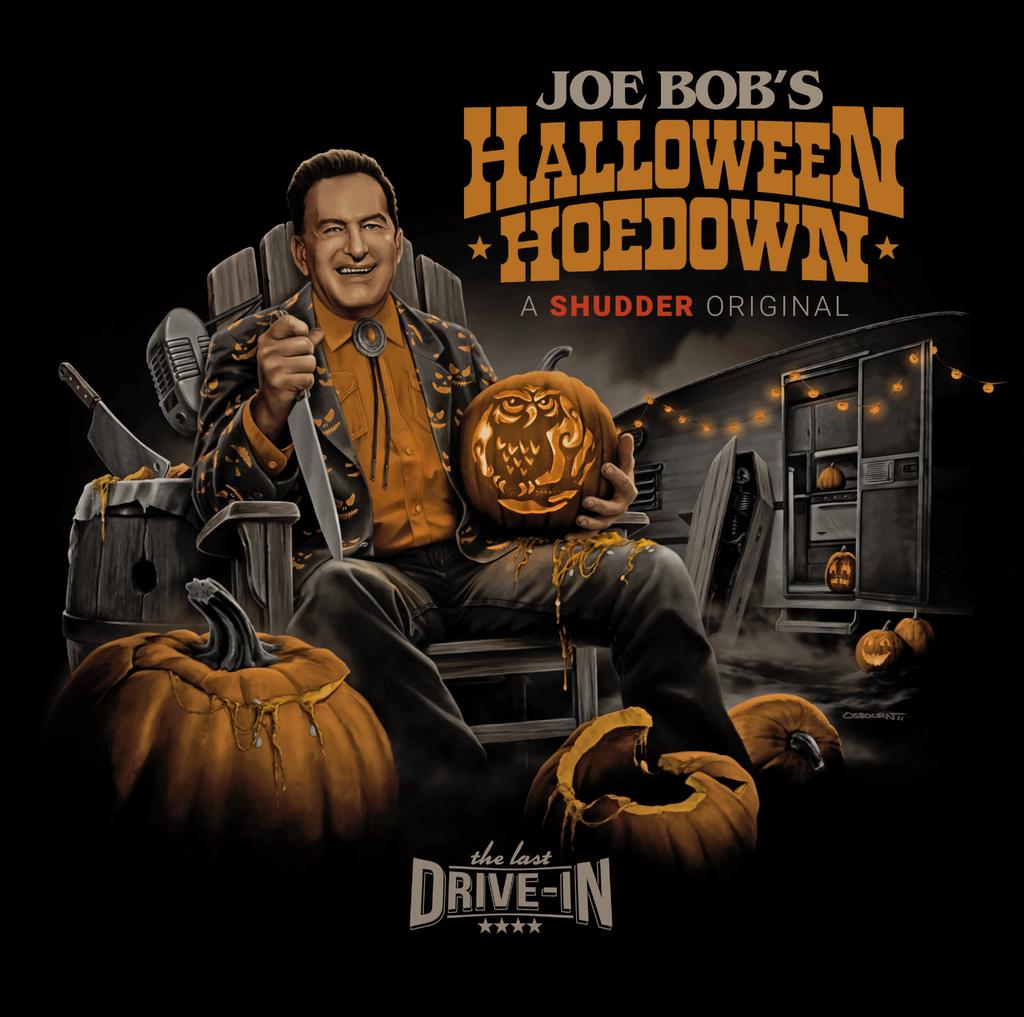 Along with good-old-fashioned mayhem, there is the possibility of guests joining Joe Bob and Darcy, though it’s not clear if it will be in person or via satellite—darn you, COVID-19! As with the potential for movies on the docket, it’s anyone’s guess as to who might join The Last Drive-In team for Joe Bob’s Halloween Hoedown. Could the resident MDE, Felissa Rose, drop by? We know Chris Jericho is always welcome. Perhaps someone who has yet to join The Last Drive-In might co-host? As I said, the possibilities are almost endless.

Now, if I were a betting man, I would take a stab (pun intended) in the dark and venture that Halloween III with Tom Atkins joining The Last Drive-In crew would be my pick for one of the films. Anyone who knows Joe Bob understands that he despises the third entry in the Halloween franchise, but Darcy loves it, and both love Tom Atkins. With the pestering that Darcy has dispensed towards Joe Bob over the years, the Halloween Hoedown would be the perfect time for Joe Bob to give Darcy what she wants. This way, he can move forward and never have to visit the Silver Shamrock Novelties company ever again.

The above is just my opinion, and whenever I bet on something, I lose, so take the above paragraph with a grain of salt.