Few things in this world bring me real joy, and one of those things happens to be the ’90s era miniseries. The made for television masterpieces of my childhood bring me instant nostalgia; like a warm hug, they suck me in and entertain me for a handful of hours. If it were up to me, I would have a never-ending pool to choose from; however, my favorite type of miniseries is literally anything from Stephen King.

I like King’s miniseries the best for many reasons, including the things for which people tend to criticize them. Yes, they are campy. Yes, they are often low-budget. Yes, sometimes they are downright silly. These are all things that I am tuning in to see. I am here for a silly good time. That is not to say that the underlying work isn’t fantastic, because it absolutely is.

Stephen King is one of the greatest; he is a horror icon, and not only that, he is just overall an inspiration. His life’s work is a thing of beauty. He is a gift to our generation, including his low-budget made-for-television works of art. Here are my top four favorites.

The Shining miniseries makes my favorites list for a handful of reasons. It fits all of my previously mentioned criteria, with an additional twist—a little added spice. King has never made it a secret that he didn’t like what Kubrick did with The Shining; that has got to hurt. I believe in sticking closely to the source material; if it’s good enough to make a movie out of, why don’t we just do that?

I felt like there was a ton of character development in the miniseries version, which made a world of difference. I like that it had all of the familiar trappings of a King miniseries from that time. Silly things, but still magical (cue the murderous topiaries) and true to the King brand at the time.

The cast was perfect for the time as well; Steven Weber as Jack Torrance might be hard to get into at first, given how Jack Nicholson is so famously tied to the character. That was probably the biggest hurdle for me, but I have divorced the film and miniseries in my mind and put them into their own universes. One belongs to Kubrick and one, rightfully, belongs to King.

Rebecca De Mornay was cast as Wendy, and I’ve got to say, King treated this version of Wendy with more care and certainly more respect. I am not about to take away from the brilliant (and tormented) Shelley Duvall here, but I can assure you King did not allow director, Mick Garris, to torment anyone on the cast. Probably.

Another stand out casting was with Dick Hallorann, played by Melvin Van Peebles. I was very smitten with this version, and I felt like we got a lot more time with and information about Dick from the miniseries. Given that we again see Dick Hallorann (and this could be a spoiler) in Doctor Sleep, it really makes a lot more of an impact when you are pulling your information from the miniseries.

I am not here to tell anyone that this made for TV miniseries is any competition for the theatrical masterpiece of the motion picture version of The Shining. I will tell you that I love it and I watch it regularly, and I think you should give it a go. 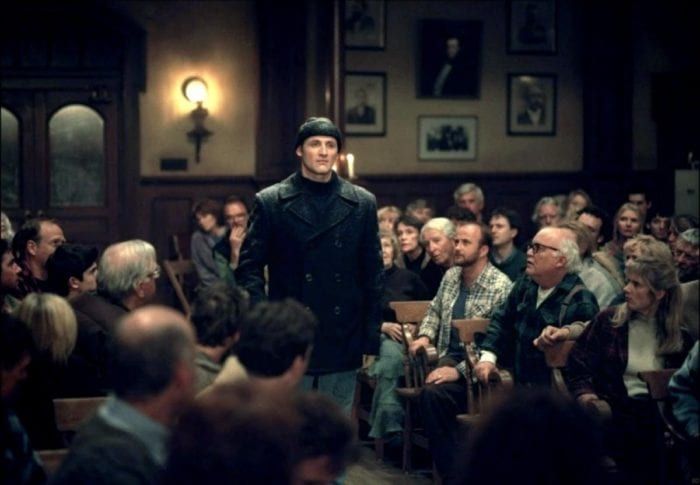 Thanks to a friend (hey Aaron!) I was made aware of Storm of the Century just this year. I immediately purchased the DVD, and it was instantly on my favorites list. It feels familiar from the get-go, and that is due to The Stand. Storm of the Century is probably, currently, the most like The Stand out of all of the miniseries King has from the time.

I was sure that I had seen all of the miniseries from that era, but I was very wrong. Finding Storm of the Century was like an early Halloween for me. I don’t generally like to re-cap, but I will give a bit of information just because I don’t know if this miniseries is on everyone’s radar, and it should be.

An interesting bit of information, before I dive in, is that Storm of the Century is not adapted from a novel. King wrote the screenplay specifically for television, and Craig R. Baxley directed it. It has a great cast with familiar actors of the time.

Timothy Daly plays supermarket manager and part-time constable (yes, you read that correctly), Mike Anderson. Mike is an integral part of the story and a great character. Mike is married to Molly Anderson, played by Debrah Farentino. You have a whole list of amazing actors that I was honestly happy to see as the series played out. I am really struggling here not to give everything away.

A strong storm essentially deems everyone on the fictional island of Little Tall, stranded. Little Tall and its residence are entirely cut off from the outside world, leaving them vulnerable to all manner of evil. And you know there is about to be some evil.

I went into this completely blind, and I want the same for everyone because that is honestly the best way to go into this story in particular. Because there is no novel, I had absolutely no idea what was going on, which made me that much more invested.

It is a mystery, filled with great characters, insane dilemmas, and the perfect creepy small-town atmosphere we have come to expect from King. I think Storm of the Century is only available on DVD, but I promise if you love King miniseries, specifically The Stand, you will not be disappointed. 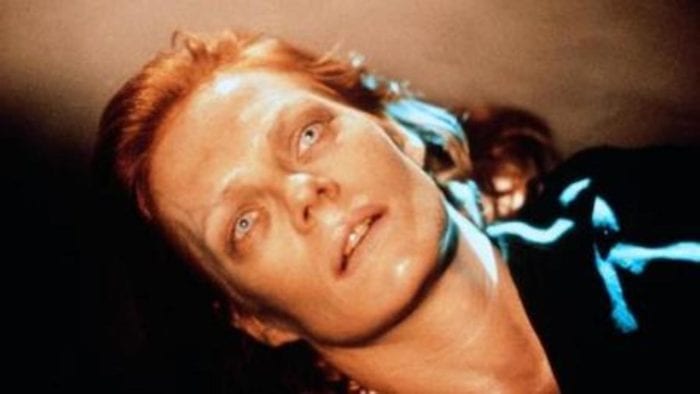 The Tommyknockers is a weird one, based on a 1987 novel of the same name—it is likely the strangest on my list. King has all kinds of horror stories; he doesn’t write just one type, and in the end, it’s all supernatural. There is just something about The Tommyknockers that is a bit more bonkers than the rest.

The Tommyknockers has a wide breadth of actors, which I appreciate all of to this day. I love Traci Lords and will watch anything she is in, and this time she is Postmaster Nancy Voss. You have also got Jimmy Smits as Jim Gardner, a poet struggling with some alcohol issues (a familiar character type for King) and Marg Helgenberger as Bobbi Anderson, Jim’s girlfriend, who also happens to be an author. That’s just a tiny glimpse at the cast; there are many great actors in The Tommyknockers.

Essentially The Tommyknockers is a story about a town that is torn apart when Bobbi unearths a large concrete structure on their land. Sometimes the form glows; sometimes, it just sits there. Eventually, it drives the entire town absolutely mad. All in all, I am not sure how you wouldn’t have a great time watching the series.

There are, of course, some pretty terrible reviews where the series is concerned. It is a bit much, and it is a miniseries from the ’90s. With that in mind, not everything in life needs to be serious, nor does it need to be a cinematic masterpiece to be a good time, and The Tommyknockers, if nothing else, is just a really good time. 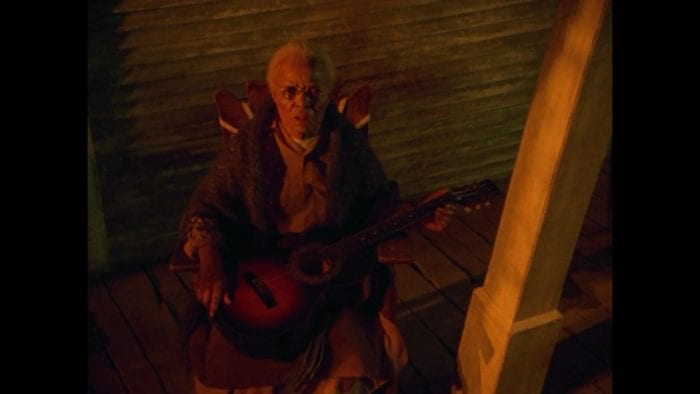 Based on his 1978 novel of the same name, The Stand rounds out my list of favorite Stephen King miniseries. Without a doubt nor a moment’s hesitation, The Stand is my favorite miniseries of all time. Not just in the world of Stephen King, but in general. I wish I could tell you how many times I have watched this thing from beginning to end, but I’ve lost track. I often turn it on at night and fall asleep to it; I have done this for months on end.

I have gotten so involved with the characters that turning the series on feels like home. This is why I am both excited for and weary of the re-make slated (as far as I can tell) to hit screens this year. I love an excellent re-make, but it is harder to win over the die-hard fans of any piece of media. I do love the cast choices, and I have high hopes for it.

The Tommyknockers is really the only one on the list that I felt the need to summarize, and again that’s because it’s just weird. The Stand certainly has some odd quirks of its own, but I am just going to touch on the basics.

If you were to look out your window, turn on the news, catch some smoke signals, receive a carrier pigeon, whatever you do to stay informed, The Stand is a little bit like that. It starts out with a virus that just goes wild, a virus you may know by the name Captain Trips. Now, Stephen King doesn’t love comparing COVID and our current situation to Trips, and that is fair. Trips is quite different, and it may or may not bring about the ultimate battle of good vs. evil. So, I mainly compare in jest, although it is fitting that the re-boot wrapped right before everything got shut down.

The original miniseries had yet again a brilliant cast. I was hoping to see some old-timers on the re-boot cast list because Gary Sinise played Stu Redman beautifully. The same can be said for just about any other character. I mean, Rob Lowe only had a few lines in the entire series, and he gave a stand-out performance, in my humble opinion. Oh and I almost forgot, there happens to be a cameo by one of our in house favorites, Joe Bob Briggs.

Now I don’t know if The Stand technically qualifies as horror, but it is a story as old as time, and there are certainly some horrific attributes. The virus is terrifying. The dark-man is terrifying (thanks in part to the late Jamey Sheridan). The idea of ordinary everyday citizens drifting into the orbit of, essentially, Satan is pretty horrific. Also, it feels a little on the nose if you ask me. King may have written this in 1978, but so many aspects fit the monstrosity that has been 2020.

So, I guess, if you want to feel a little less alone and you want the possibility of something that looks like a happy ending, find The Stand and press play as soon as you can.