We currently live in a cinematic era of reboots, remakes, and revisits. Just like all nostalgia trends, it isn’t hard to find something from twenty or thirty years back that thrilled the public get a modern facelift, with the promise of “meeting old friends again”. We are all suckers for it as the trend has gone out of the trendy phase and become a sustained business model.

Some projects are, without doubt, cash grabs. Some are ego massages for stars who don’t shine quite as bright anymore. Others are random shots in the dark, hoping to make an idea stick to the wall a second time. And amongst these pretenders and offenders are legit attempts at a continuation of a saga, a worthy revisit into something that might not have said all it needed to say. 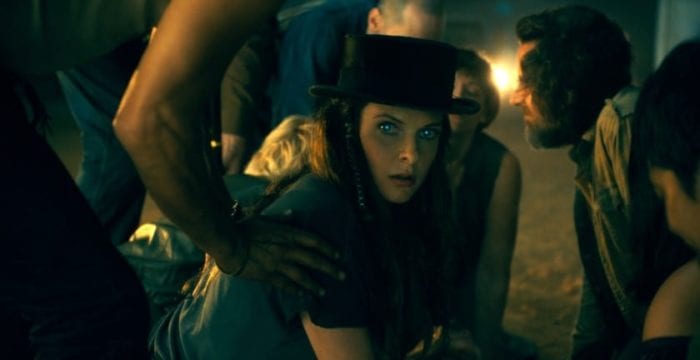 The greatest example of this is Blade Runner 2049 and Twin Peaks: The Return. Both projects were tackled with minimal press, hardly any fan service, and felt like an organic extension of the older project it was coming from. The fact that both of those projects, Blade Runner, the 1982 box office flop turned cult classic and Twin Peaks, the mega-popular television event of 1990, bring about a nostalgic warmth is just a bonus.

Stephen King’s 2013 novel Doctor Sleep has been adapted to the big screen and its existence as a sequel to the popular (though not cultural landmark) film The Shining thankfully falls into the Blade Runner and Twin Peaks camp of putting story and character over warm, comfy nostalgia feelings and easy cash.

The key to making Doctor Sleep a success, much like Blade Runner 2049, is to allow the person behind the story to have a voice and to have that voice dictate the evolution of the product from what came before. Denis Villeneuve did not try to replicate (pun intended) Ridley Scott when constructing Blade Runner 2049. He simply showed how Ridley Scott’s world may have evolved 30 years later. In the case of Doctor Sleep, the key to succeeding is for the film’s director Mike Flanagan (Gerald’s Game, The Haunting of Hill House) is to not duplicate Stanley Kubrick, The Shining’s legendary director, but to simply evolve from him; to become an extension of the work.

Thankfully, Flanagan succeeds, providing Doctor Sleep with its own voice and its own style while still respecting the look, feel, and, most importantly, the story that came before it. For the most part, The Shining now feels like a two picture story and Flanagan’s voice (with a little help from King too) helps make this feel like something more than a cash-grab or a wannabe remake. 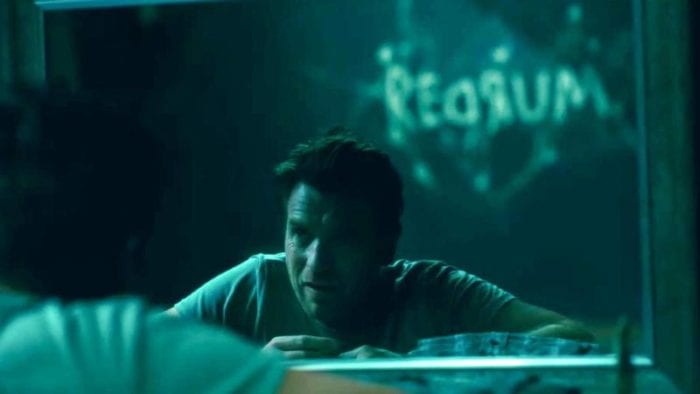 Danny Torrance (Ewan McGregor) is a survivor. After the perilous events at the Overlook Hotel in 1980, when he was only five, and the loss of his mother fifteen years later, Danny is now a man pushing fifty, doing everything he can to drink away the specters that still haunt him. Dulled by alcohol is his ability to “shine” or read and project thoughts, a secret to all but the ghost of his friend Hollorann (Carl Lumbly), who was murdered by Danny’s father Jack during the events at the Overlook.

However, a new friend (Cliff Curtis) challenges Danny to get sober. But just as his life starts to come together, a young girl named Abra (Kyliegh Curran) starts “shining” with Danny from across the country. At first, they exchange simple “hellos” but then discussions on the murder of a young baseball player (Jacob Tremblay) enters the mix, leading Danny and Abra to investigate a pack of death eating nomads, led by the charismatic and twisted Rose the Hat (Rebecca Ferguson).

Director Flanagan does a good job of creating a moody atmosphere that connects well with what we saw in The Shining. The only problem is that The Shining had basically one location: the Overlook. Inside the Overlook, Kubrick was able to create menacing spaces, twisty corners, and claustrophobic surroundings.

Flanagan has to deal with a larger landscape since Doctor Sleep takes place in multiple states over large periods of time. So capturing the intimacy of the Overlook is hard but he manages to pull it off, adding Kubrickesque levels of eeriness to boarding houses, hospice homes, and lots and lots of hallways.

The main vibe I got from Doctor Sleep, outside of The Shining, of course, was a combination of Clive Barker’s Lord of Illusions, Jordan Peele’s Us and David Lynch’s Twin Peaks: The Return. In fact, many of the slower moments of dread and dreamlike ambiguity the film offers should make Twin Peaks fans pretty comfy.

To sell the higher concept ideas of marauding death eaters, Doctor Sleep had to cast a truly compelling actor as the main villain, Rose the Hat. Enter Rebecca Ferguson (Mission Impossible -Fallout, The Greatest Showman) who gives the audience a strangely sexual/kinky hippie with earthy charms who steals the movie away completely. She is intoxicating to watch mainly because she is so mysterious and you aren’t sure if you’re supposed to be repelled from her or attracted to her. 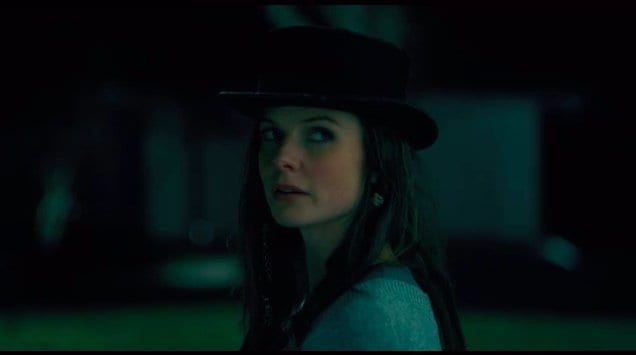 Though Ewan McGregor’s American accent is a bit distracting, he does what he does best: looking awful but garnering sympathy. In the tradition of Trainspotting, McGregor is often dirty, bloody, and suffering and really sells us Danny’s internal pain. His AA pal Billy, played by veteran actor Cliff Curtis, is also a fine addition to the cast.

The weak spot in the cast may be the death eaters (outside of Rose) who provide very little chills and hardly any pathos, though Twin Peaks and Star Trek: The Next Generation veteran Carel Struycken plays an elder statesman of the group named Grandpa Flick, who is hinted at having lived for a very long time. He is perhaps the only other notable member of a large rogue gallery that is easily forgotten.

While perhaps not as successful as Blade Runner 2049 in bridging the gap between itself and the first film, Doctor Sleep is an effective thriller which, ironically, suffers when involved with the proceedings of The Shining directly. The movie would have been best served following Danny’s life after The Overlook without necessarily revisiting it.

Regardless of that, Doctor Sleep is well worth your time at the theater, giving the audience a unique villain, some well-timed chills, and a worthy continuation of The Shining’s universe.

Doctor Sleep opens nationwide in the US on November 8th.