When we’re talking about horror, great Japanese directors like Takashi Miike often come up in conversation, and that’s because Japanese creators have always offered something different to the community. Interestingly, when we look back into the history of horror, Japan got off to quite a late start producing horror content. When they did, I think it was realised that a lot of the horror came right from the folk tales that they had been passing down through generations within their own families.

The concept takes me back to having sleepovers as a child when your friends would gather and talk about myths they have heard of, and you’d go to sleep feeling like someone was watching you. It’s scary, and that the way it was done here. I’m in the UK, and for my family passing down scary stories wasn’t a tradition, but it is some places. I admire that tradition, but maybe that’s something to do with my growing horror obsession?

You will often find quality content out there that you didn’t know existed when you do a little research into the origins of your favourite genres. Back when there weren’t so many recreations of films and so much comparison. Ideas were original, and therefore, there was a broader sense of freedom with stories. When looking into Japanese Folklore, it is necessary to acknowledge the work of Lafcadio Hearn.

Lafcadio was a writer who spent most of his life living in Japan. He wrote many books about the unseen side of Japan, and stories from the people living there. They are fascinating to read. Lafcadio is perhaps known most for his book Kwaidan: Stories and Studies of Strange Things. This book is possibly the very reason I am writing this piece today because without Lafcadio, nobody was paying enough attention to the Japanese legends that they would tell. Luckily, their full potential was realised and published for the world to hear. 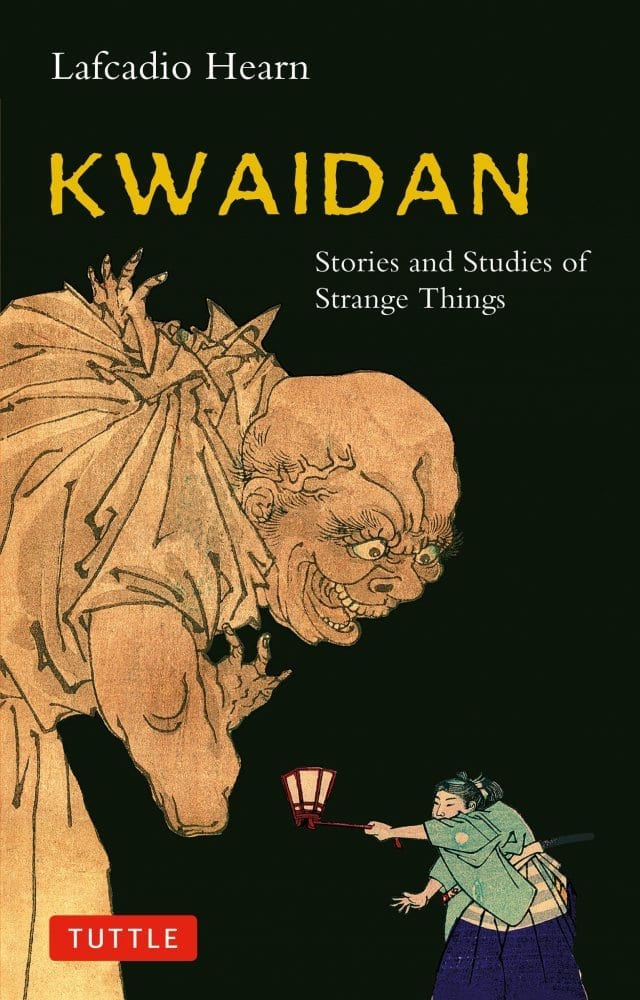 The book was published in 1904 and is still available if you wish to read it, it features stories collected throughout Japan, stories told to Lafcadio by others, and also some personal experiences of the authors. One story was told to the author by a farmer in Musashi Province, and it is said to be the first known record of the tale. It is entitled ‘Yuki-onna.’ Yuki-onna, also known as ‘snow woman’, is a spirit found throughout folktales in Japan. She is a beautiful woman who is said to be chillingly cold. It is unclear how long ago the legend of her originated—longer than anyone could care to remember.

A selection of the stories from Lafcadio’s book were adapted into a movie by Japanese director Masaki Koboyashi, who was known at the time for his film Harakiri, which was released two years before this adaptation known as Kwaidan. Kwaidan features four stories from the book; including the story of Yuki-onna, which is titled ‘The Woman of the Snow’. The other three titles include ‘The Black Hair,’ ‘Hoichi the Earless,’ and ‘In a Cup of Tea.’ I won’t ruin them for you, but the legends behind these stories are chilling. Personally, I view the book and the movie of Kwaidan to be the most important when discussing Japanese folklore in the Horror movie world, they are the original and perhaps the most honest. 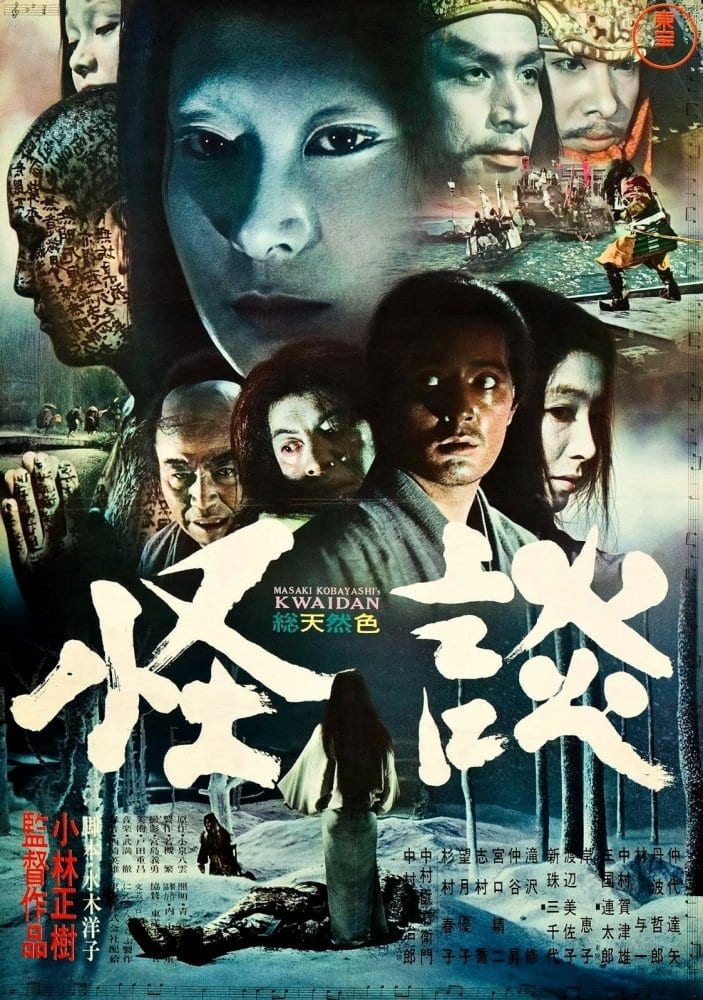 It’s interesting to note that some incredibly popular horror films you will definitely have seen were inspired and adapted from Japanese folklore. The Ring is a classic scary movie, and it is based on the Japanese original Ringu. The story dates back to the 18th century, and the legend ‘Banchō Sarayashiki.’ The story will of course sound familiar, as it tells the tale of Okiku, a servant who was wrongfully accused of losing a missing plate, and is threatened to lose her life’s worth if she does not find it again. In a frenzy, she fell to her death down a well. She was said to haunt the people of the house and locals, and you could recognise her through her terrifying shriek.

Another popular movie, The Grudge, was inspired by a different Japanese tale of a vengeful spirit. Many people don’t know that the character of Kayako is a spirit from a tale from long ago. Kayako lived a lonely life until she fell in love and got married and had her son, who consumed her heart and her life. Rumour has it that her husband brutally murdered her after suspecting her of cheating. There was a struggle, and Kayako came out alive, but completely paralysed, only able to make a spine-tingling rattling sound from the back of her throat, and this is how he left her in the attic until she passed. After this, the husband drowned their son and kept his body in their closet. Kayako died before her time had come, and her spirit left her body enraged and hurt, and because of this, she came back as a vengeful spirit and strangled her husband with her hair.

You’ll often notice urban legends surrounding female spirits seeking vengeance on their partners, which is unusual. This type of spirit is known as a Yurei. A Yurei will appear to clear up unfinished business in their lives. It is believed often in traditional Japanese culture that someone will return if they are not respected and given a proper burial after their death. In the case of Kayako, she faced the disrespect of the man she loved most in her death, and this leaves a spirit unsettled, so she returned as a Yurei. The Grudge encapsulates that concept of a person dying in a state of rage or sorrow and interpreted it as a curse. As it is in the movie, any living person who is said to encounter the spirit will die, and this is a continuous cycle of unsettled spirits residing in the afterlife seeking revenge. I find it interesting that the souls who have been killed at the hands of another vengeful spirit are destined to spend eternity seeking revenge on something that isn’t physically there to face them. That, to me, is a terrifying thought. 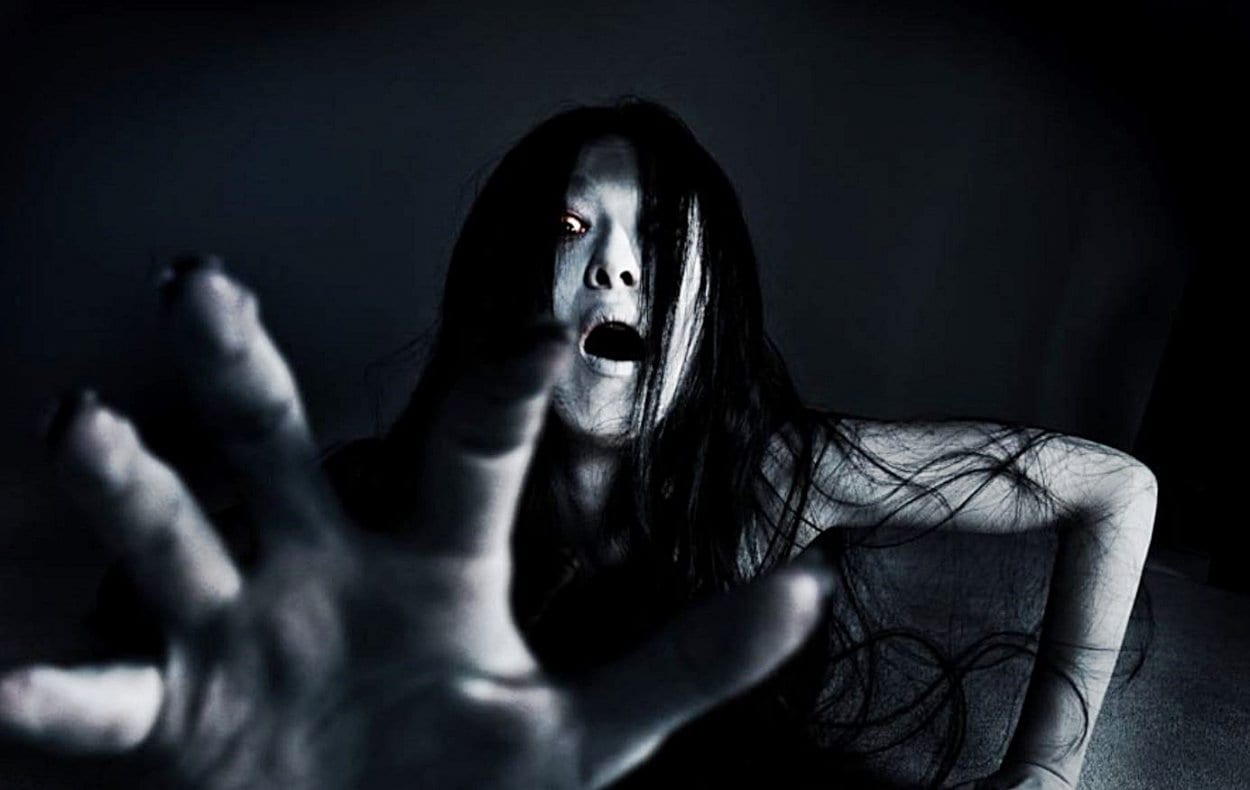 Japanese folklore and its presence in horror is alive and well. It has even taken the spots of some of the biggest films in the community. The stories found in Asian legends are genuinely unnerving, so it’s very clear to see why they can be adapted into incredible motion pictures. Usually, we see the American adaptations of foreign films slandered, but I quite like both The Ring and The Grudge and their portrayals of these tales. I must admit, a movie is ten times scarier when you learn the true story behind it. While that is true, I think that the Japanese originals are better than the remakes, and usually looked over, so I encourage you to go back and watch them. Especially Kwaidan, and the magnificent book that inspired it. It convinced me to look into Japanese folklore, and it is a thrill to read old tales (especially when you’re alone at night.)

The scariest part of folktales is the unknown, the question in the back of your mind that these stories may have some truth to them from hundreds of years ago, and that could be those lost spirits still residing in our world, still waiting to seek their revenge…

Looking for more about Japanese folklore in horror films? We’ve got you:

“The Myths Behind The Film: Ju-On The Grudge”