As a young kid, I saw horror movies as forbidden fruit. I was always drawn to them, doesn’t really matter why. When the Texas Teacher of Terror known as Joe Bob Briggs took over hosting duties for TNT’s Monstervision, I found my home. For years I camped out in my bedroom with microwaved hot dogs and bowls of macaroni & cheese, watching horror movies as hosted by this exceptionally knowledgeable fella—and for years I took this experience for granted.

One day, Joe Bob was gone.

No explanation, no announcement, nothing. Just a host-less Monstervision and the assumption he’d someday return. Then TNT got rid of Monstervision altogether. Also gone were other late-night TV horror blocks like USA’s Up All Night, and just like that, the advent of the movie host was dead. Even Rhonda Shear and Gilbert Gottfried were out of the horror-hosting biz. Monstervision was canceled in 2000, and by 2003, Joe Bob Briggs seemed to have dropped completely off the face of the planet. Every great once in a while, I’d get curious and look him up online, find articles he’d written, transcripts of past Monstervision episodes, and other artifacts of my seemingly-stagnant education in horror cinema. TNT had a series they could have continued for decades, they could have launched a legacy. By now, Monstervision may well have been my generation’s Tonight Show and Joe Bob Briggs, our Johnny Carson. Instead, TNT chased trends. They’re a television channel, what can you expect? Little did they know—or care—mustard seeds had already been planted all across the United States.

I harbored no plan of ending my trip into splatter academia, nor did any other Monstervision fan. Such a foray would require serious autodidactism, but we were up to the challenge. IMDb, Wikipedia, and websites like Bloody Disgusting would become major sources for horror movie knowledge, imperfect though they were—particularly the former two. DVD director commentary tracks were perhaps the most reliable origin of movie trivia. Here I could get the unnecessary details straight from the filmmakers, with nothing lost in translation. Only problem there was…most of these guys weren’t funny or entertaining. They had interesting things to say, but there were no insane tangents, no political or social parallels being drawn alongside the movie plots for the hell of it; it was just information being dumped on the viewer, much of which naturally flew straight into the right ear and evaporated before it got the chance to make a stage-left exit. 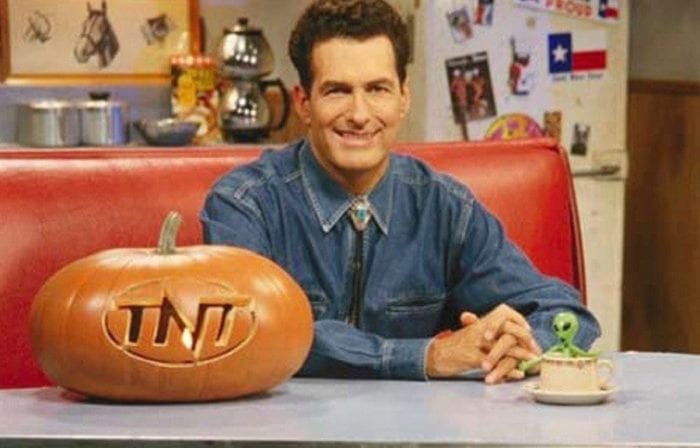 I needed entertainment, goddammit, not just an info dump.

There were some notable specials on television with movie hosts. TCM had The Underground. Rob Zombie gave me my introduction to Russ Meyer’s Faster, Pussycat! Kill! Kill! and Mudhoney. Both are fantastic movies and Zombie was plenty knowledgeable on the subject matter. Bruce Campbell hosted 20: Entertainment Weekly’s Scariest Movies in 2004, which was a fun little special, that aired on AMC. Then there was Bravo’s 100 Scariest Movie Moments and Even Scarier Movie Moments. AMC’s Fear Fest usually had some informative specials and hosts, but this only came on during the month of October. Most horror movie specials did.

The thing about Joe Bob Briggs is that he didn’t need an arbitrary reason to show horror films. Halloween was just another day of the week as far as Monstervision was concerned, and things just weren’t the same in Joe Bob’s absence.

Most of the time when an actor vanishes or a musician takes a step back from the spotlight, there are whispers of a comeback within a year or two of their disappearance. Rumors abound that the celebrity in question will be returning next Summer with an amazing project. Then, of course, nothing happens. Eventually, though, they come back. In Joe Bob’s Case, there weren’t even rumors. None that I heard, at least.

Occasionally on horror movie forums, you’d see a post that read something like: “Remember TNT’s Monstervision with Joe Bob Briggs?” Then there would be a few hundred responses with people beaming about the good ol’ days of dusk-til-dawn horror movie marathons, but these threads never ended with: “It looks like Joe Bob is about to make a comeback…”

It was probably 2011 or 2012. More than a decade had passed since the end of Monstervision and it was still a long way off from Briggs’ triumphant return when I finally got another glimpse of that era. Maybe I’d just been lazy, or maybe it took that long to make its way online, but courtesy of YouTube, I was finally able to see some of the old Monstervision segments of my childhood. At that point, I was married, and occasionally I’d reminisce the days of watching horror movies on TNT, as hosted by Joe Bob Briggs. My wife had no earthly idea what I was talking about and wasn’t particularly interested to find out. When I finally found it on YouTube, I got to show her this forgotten magic.

Most fan bases don’t truly know what it is to wait. Tool fans have waited 13 years for a new record, but they had A Perfect Circle and other projects to hold them over. And at least you guys know an album is actually in the works. As far as the horror community knew, Joe Bob Briggs’ return was nowhere on any horizon. We got the occasional DVD commentary track, such as the case with I Spit on Your Grave, an interview here and there would pop up, but as far as when Briggs would be returning to the small screen as a horror movie host? Zilch.

Then in 2016, an awesome horror movie merch site called Fright-Rags released something pretty awesome in the form of a couple of T-shirts. One was a Monstervision T-Shirt, the other was for Last Call with Joe Bob Briggs. They were the same show, but the latter came on after Monstervision. It was basically a slot for TNT to fill up some time in the middle of the night, but to us night-owl horror fans, it was the best time to be watching television. The Monstervision shirt sold out rather quickly. I bought one the day it was released and still wear it pretty regularly. What could this release mean? Was it coinciding with a new project? Was it finally time for Joe Bob to make a comeback? 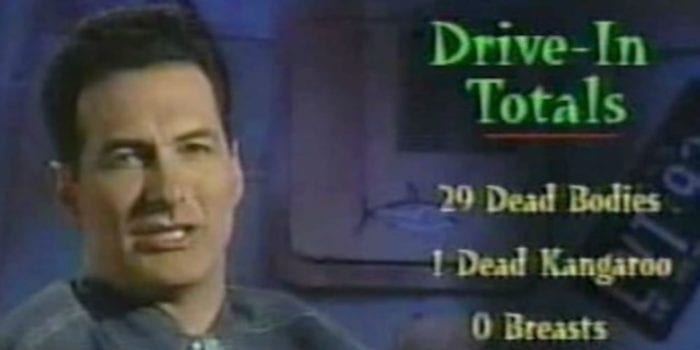 The shirt seemed to be a big hit, but nothing really came from it. Then in 2018, it finally happened. A horror streaming platform called Shudder announced that Joe Bob Briggs would be returning to host a 24-hour horror movie marathon called The Last Drive-In. It was touted as being the final time Joe Bob would do such a thing, and that was honestly okay with me. At least we’d get some closure. We all know the story from here. Joe Bob Broke the internet and—contrary to the narrative which followed—it wasn’t awesome. Actually, quite the contrary, it sucked really, really hard. For one, it wasn’t clear if the marathon would be available to stream later on-demand. Furthermore, the internet wasn’t really broken. Twitter, for example, was working just fine and there seemed to be no shortage of people raging about the lack of Joe Bob in their living rooms that night. One tweet in particular stood out as one of the saddest things I’ve ever read. I didn’t screenshot it, nor do I have the link, but it definitely happened.

The official Shudder Twitter account was broadcasting apologies pretty regularly that night, and horror fans were telling them to keep their apologies and make Joe Bob happen. As swear words and threats of violence flew liberally, one lone fella in the midst of this madness simply replied: “I’m just sitting here drunk, staring at a blank screen.”

I wish I’d been so forlorn and profound about the state of things, but in truth, I was being as impatient as most fans. I sat on my couch making an ass of myself in front of all my friends, screaming at my television, screaming at my router, cursing Shudder, losing faith in humanity, ripping all my armpit hair out, raving about missing Tourist Trap and Sleepaway Camp, and scaring my dogs.

Not my finest hour.

But of course, Shudder made it available on-demand quickly after the special ended, and what’s more… it wasn’t Joe Bob’s last hurrah at all. He did two more specials and has a weekly series coming this Friday. You can’t call Shudder or Joe Bob liars; this may well be the last time he hosts horror movie marathons, the show just hasn’t ended yet. It’s still called The Last Drive-In, after all. Who said the show ended in July of 2018? It’s going stronger than ever with no ending in sight, I’m okay with that. What fan wouldn’t be?

So what can we expect from a weekly series of The Last Drive-In? I have no idea, but I’d be willing to bet money on the fact that it’s not going to be like Monstervision—the same thing every week. Something tells me there will be some change-ups. A Very Joe Bob Christmas and Dinners of Death both had some interesting new approaches while staying true to the show’s original format. Showing the Yakuza film, Dead or Alive, directed by Japanese filmmaker Takashi Miike, was definitely unexpected; the stoner-rama vibe of the Phantasm marathon was new territory for Joe Bob marathons; and lest we forget the moment Darcy the Mail Girl pushed back at Joe Bob’s horror wisdom when she opined that the remake of Texas Chainsaw Massacre was better than the original.

They’re going to keep getting more and more creative, methinks.

Regardless of whether the show remains the same or veers into something new, you can best believe I’ll be live-tweeting every episode, every Friday night for the next nine weeks, along with many other staff members and editors at 25YL. We all hope to see you on Twitter with us.

What are some titles you’re hoping to see in the weekly series of The Last Drive-In with Joe Bob Briggs? 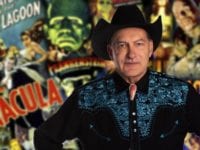