The possession film is a staple of the horror genre. Cemented with The Exorcist, the subgenre captivated audiences worldwide by addressing some of the most deep-seated fears and basic questions of faith, mortality, and the very nature of good versus evil. Over time, however, the possession film seemed to offer, for better or worse, the same formula set forth by The Exorcist without the nuance and weight that came with the Academy award winner. The Cleansing Hour offers a more modern take while still holding true to the core tenets of what has made the subgenre become ingrained in the collective consciousness. 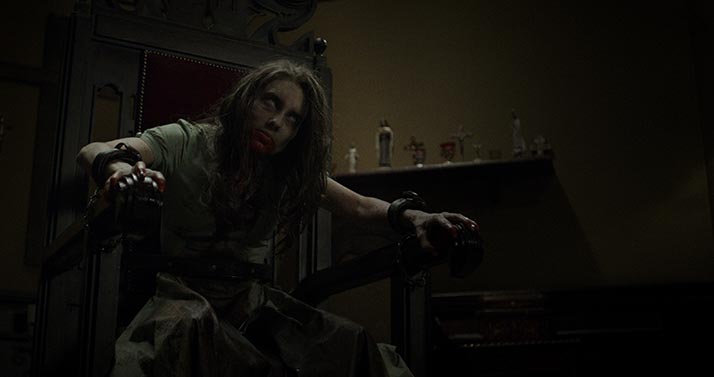 Damien Laveck (Dark, Deadly, and Beautiful), directing an adaptation of his own short film, delivers a high octane horror/thriller/comedy hybrid with The Cleansing Hour that feels both familiar and wholly original. The basic premise sees two childhood best friends running a popular web series, “The Cleansing Hour,” that performs phony exorcisms. The web show has all the bells and whistles fans have come to expect, complete with demons throwing objects across the room, throwing voices, and the power of Christ in the form of an attractive young priest named Father Max (Ryan Guzman). Max isn’t exactly conquering evil forces day in and day out. It’s all a charade to get more likes and make more money.

At the heart of The Cleansing Hour lies the three way working relationship between Max, best friend Drew (Kyle Gallner), and Drew’s fiance Lane (Alix Angelis).There’s a palpable chemistry between Kyle and Drew that really helps make the film work. The three all work on “The Cleansing Hour” together, but behind the scenes Drew does all of the grunt work while Max plays the burgeoning young Internet celebrity. Laveck’s film uses Father Max, who isn’t even really a priest, as a conduit to express frustrations with the shallow callousness of celebrity in the Internet age. Once a young faithful priest, the movie meets Max as a blowhard wannabe movie star, the type of guy who likes to hook up with his fans and then show videos of his conquests to buddies at work.

Looks can be deceiving, and so can the Internet. Max is a philandering, narcissistic, verbally abusive egomaniac. In other words, the last exorcist one would hope to be stuck with in the event an actual possession occurs. Of course, that’s exactly what happens on the set of “The Cleansing Hour.” At the last minute, Lane steps in for a no-show guest as the live taping poor possessed soul for the evening. The only problem? An actual demon possesses her and wreaks havoc soon after the livestream begins in the film. The Cleansing Hour’s energy really takes off and doesn’t let up until the credits roll. The demon-possessed Lane exposes Max and the show for the frauds that they are and begins to play fatal head games with the cast and crew in front of a web audience that expands from thousands to millions as the action of the film progresses.

The majority of the film’s run time is then spent on the set of the “The Cleansing Hour” and the film really works as a mostly single-location thriller. It’s a complete and total adrenaline-fueled joyride into Hell that sees all the classic tropes of the possession film played out in new and interesting fashion. The stakes are successfully and significantly raised throughout  and there’s plenty of twists and turns delivered in a fast-paced setting that makes The Cleansing Hour a unique standout in its respective subgenre. This movie is supposed to be hard R-rated fun above all else, and to that end, it really scores. The very premise of The Cleansing Hour sets it apart from a lot of post-Exorcist possession films in that it has a sense of humor and is entirely self-aware without devolving into some sort of meta commentary on the possession film itself, a la Scream. By setting the story within the confines of a phony exorcism Internet show, the movie lets audiences know that it is aware of where the exorcism film is culturally at this moment, which, in turn, allows them to focus the script on delivering a scary high-octane thrill ride. 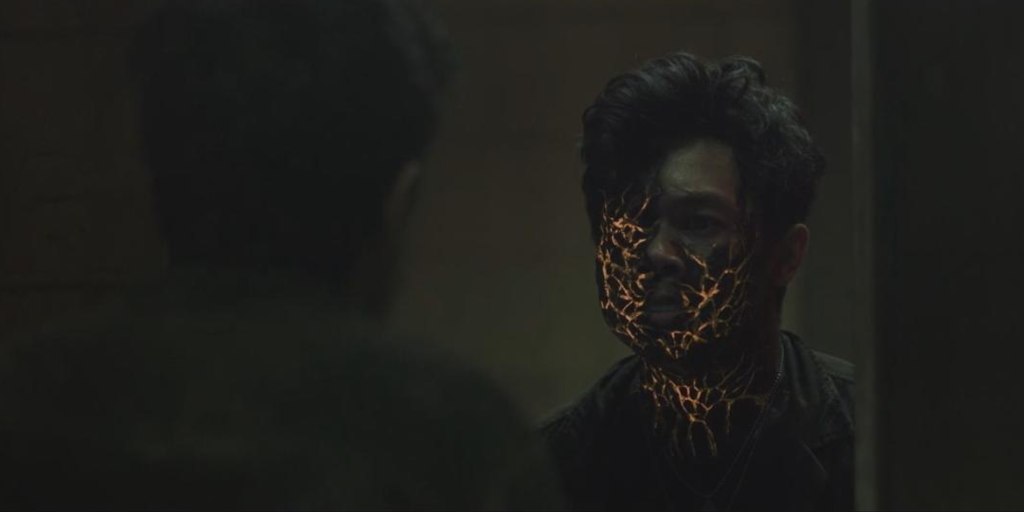 Underneath all of the bile spewing, object throwing, Satanic mayhem, there’s a message to be had about forgiveness, friendship, and coming to terms with your own demons so you can conquer bigger ones outside of yourself. There’s a recurring theme of “don’t get played” and “keep your eye on the bigger picture” that permeates The Cleansing Hour from start to finish. This is a seize the day film, reminding the audience to rise above what they think are their own limitations to slay the beast and save the day.

The Cleansing Hour will be released on Shudder on October 8th.