I’m not a huge fan of straight up dramas. If you give me a bunch of people talking and doing (relatively) normal things for two hours, I’m liable to fall asleep in about half that time. But if you add just a sprinkle of horror, even if it’s not much, my opinion does a complete 180. I absolutely adore drama horror, so when I read Fantasia’s plot description of Martyrs Lane, I knew I had to check it out.

Directed by Ruth Platt and starring Denise Gough, Sienna Sayer, and Kiera Thompson, Martyrs Lane tells the story of a little girl named Leah who has a bit of a troubled home life. While she has all the material things she needs, the people around her don’t always give her the love she deserves. Most noticeably, her older sister torments her to no end, and her mother seems like she’s just going through the motions of parenting. It’s a far less than ideal situation, and it takes its toll on young Leah.

Then, seemingly out of the blue, one day she encounters a strange little girl who begins to visit her bedroom at night. At first, this girl seems normal enough, but she soon reveals some deep, dark secrets about Leah and her mother. Then, as these visits continue, the girl even becomes a bit creepy, and she eventually drives Leah and her mother to face the unspoken barrier that’s stood between them for Leah’s entire life.

Like I said, I’m a huge fan of drama horror, so Martyrs Lane was right up my alley. There’s a ton of great stuff in this movie, but three elements in particular stood out to me and elevated it to the level of a truly great viewing experience. For starters, we have the acting. The performances here are really good all around, but two of them deserve special attention: Kiera Thompson as Leah and Sienna Sayer as the mysterious girl. 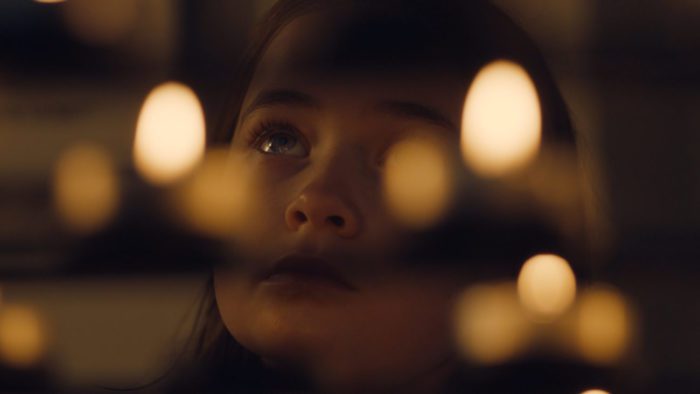 Child actors are often hit or miss, but these two are fantastic. They seem like real kids, not just actors reciting lines, and their chemistry together is excellent. You buy into them and their burgeoning friendship right away, so you want to keep watching to find out where their story goes. They carry this movie from beginning to end, and they’re just an absolute treat to watch on screen, whether together or separately.

Next, we have the horror. Martyrs Lane leans much more heavily into the drama side than the horror, so it doesn’t have too many scares. But that doesn’t mean there’s nothing to talk about here. The little bit of horror we do get is really good, so it satisfies with its quality rather than its quantity.

Hands down, the biggest horror element in this film is the mysterious girl. The way she moves and reveals her secrets can be pretty creepy at times, and as the movie goes on, her appearance deteriorates, letting you know there’s definitely more to her than meets the eye. Then, in one of her final scenes, she becomes legitimately bone-chilling, so she’ll definitely quench your thirst for cool genre moments.

On top of that, there are also a couple of jump scares that don’t involve this girl. I won’t spoil them, but I’ll just say that they’re way more effective than they have any right to be. On paper, they would probably come across as generic and cliched, but director Ruth Platt manages to pull them off. You won’t see them coming, and that makes them way more effective than the cheap scares we’re used to seeing in way too many second-rate horror movies. 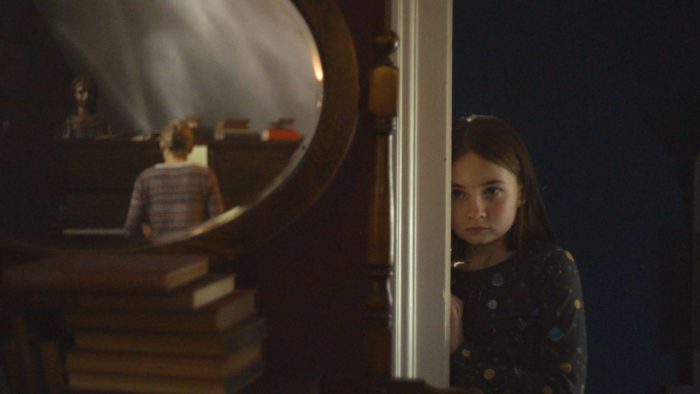 Last but not least, we have the film’s themes. I’ve found myself writing about themes in my Fantasia reviews a bit more often than I normally do, and that’s a good thing. As much as we may enjoy pure scarefests and fun popcorn flicks, movies that resonate with us on a deep emotional level are an important but all too often neglected part of a healthy cinematic diet.

And Martyrs Lane definitely fits that bill. It touches on some universal experiences we’ve all been through, so anybody who watches the film will be able to relate to it. In particular, it has some really important things to say about the ways grief and loss can impact our relationships with the people we love, and it contains some good lessons about the right ways to handle our grief.

On the flipside, I do have one little quibble with this movie. While I was on board with it for about 99% of its runtime, the last shot didn’t quite do it for me. I know that might sound a bit nitpicky, but it’s actually pretty important. This final moment isn’t just a nice little add-on after the real story has finished. No, it steers the narrative in a very particular direction, and I think it undermines the impact of the story a little bit.

But in the grand scheme of things, that’s a really minor issue. On the whole, the good things about Martyrs Lane far outweigh that one tiny problem, so I highly recommend giving it a shot. If you’re a fan of drama horror, the supernatural, or emotional stories that have something to say, you do not want to miss this film.

Martyrs Lane is playing at the Fantasia International Film Festival on August 19 and August 21, and for those of you who can’t watch it there, it will land on the streaming service Shudder on September 9.