What constitutes a horror icon? Is it a director who combines the right amount of gore and general malaise? Is it a writer who comes up with the next great big bad villain? Is it having the perfect soundtrack of screams and sirens, so loud and off-putting it puts your stomach into knots? For me, true horror is in the every day. While taking a walk out of the corner of your eye you see a fox. Your mind starts racing: “Is it going to come at me with its sharp teeth? Do I need to outrun it to get back home?” Your mind playing tricks on you and intensifying your fears is as horrific a concept as Jason or Freddy to me. There is one director that exemplifies that in spades, and that horror icon is Alfred Hitchcock.

Hitchcock started his career in silent film, making the title cards for silent films for an American company named Famous Players-Lasky Company which then became Paramount Pictures. He honed his craft as a writer and director here. In François Truffaut’s book Hitchcock, he had revealed to Truffaut: “It was while I was in this department, you see, that I got acquainted with the writers and was able to study the scripts. And, out of that, I learned the writing of scripts.” Hitchcock also had a mentor in the form of F.W. Murnau, the director of Nosferatu. The German director really gave Hitchcock the inspiration for storytelling in a whole different manner. Silence truly is golden.

Now I can go on and on about Hitchcock’s films, but to show you what makes Hitchcock an icon in my eyes I only need three films: Psycho, Rear Window, and The Birds. What Hitchcock did in many of his films was present everyday occurrences in such a way that they immediately had you questioning yourself and your own fears; this is clear in these films. One of the biggest examples would be the shower scene from Psycho. You could consider Psycho one of the earliest Slasher films from this scene alone, but Hitchcock goes deeper. He takes the simple task of taking a shower alone and makes it the most frightening event ever. God knows I have travelled alone and have double and triple checked my hotel room door before ever getting into the shower. The fear is more than real, because it is presented in such an everyday way, such that it could happen at any time and to anyone.

Shot for shot, Hitchcock captures this death as if we are a fly on the wall seeing it happen. The shadowed figure behind the foggy shower curtain, the profile of the knife as it comes down and begins to enter Marion. I think I stopped breathing in the entirety of this whole scene. The close-up of Janet Leigh’s eye as Hitchcock pulls back the camera and frames her dead face pressed to the tile floor sends a shiver down my spine even typing it out. Not to mention that piece of music—The Murder” by Bernard Hermann—that frames the scene so beautifully—as much as you can call murder beautiful. Also because you can—well at least I can—have the fear that you yourself can be in this situation. It most likely will never happen, but that does not mean your mind will not travel to that dark place.

Last Halloween, 25 Years Later had a villain elimination contest, which led us to the number one villain in all of Horror. And, sure enough, who was it that won? That’s right, Norman Bates. 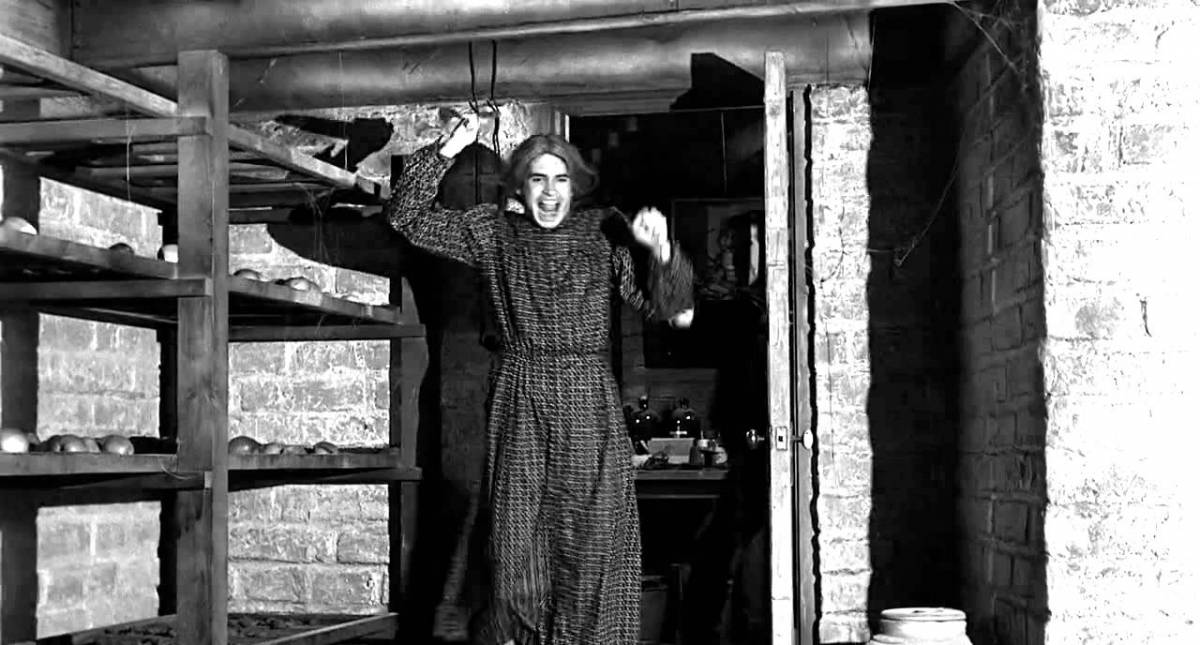 I do believe that Hitchcock created one of the best and scariest villains of all time in Norman Bates. Anthony Perkins’ portrayal was nothing short of extraordinary, but Bates’ layered depth made him one of the most interesting and frightening characters ever to grace the screen. More so than most, Bates appeared to be someone you could know. Someone you could be interacting with a regular basis. A quiet man, polite, accommodating, someone who seems so nice as to go out of their way to make a new guest feel welcome, even inviting them to dinner so they wouldn’t have to drive 15 miles in the rain. Bates did not seem at all dangerous or lead us to believe he could be a murderer. Little did we know that he was in fact not only a murderer but a split personality who believed he was his own mother after killing her and her lover years prior. A little boy who was lost after believing his mother did not love him anymore.

The uncovering of Bates’ psychosis is one of the most unsettling scenes in all of movie history. Hitchcock crafted a character so infamous that, to this day, if you mention Psycho, even people who have yet to see it mention Norman Bates. Witness this brilliance in the ending scene. The way Hitchcock frames this scene, the voiceover and Perkins’ magnificent nuances make the hair stand up on the back of my neck.

The next film that preyed on one of my fears—claustrophobia—was Rear Window. The entire film is set in Jimmy Stewart’s apartment, with Stewart’s character, action photographer L.B. “Jeff” Jeffries, stuck in a wheelchair with a broken leg. With nothing but loads of time and an open window, Jeff soon discovers not all meets the eye in his quiet little Greenwich Village apartment complex. 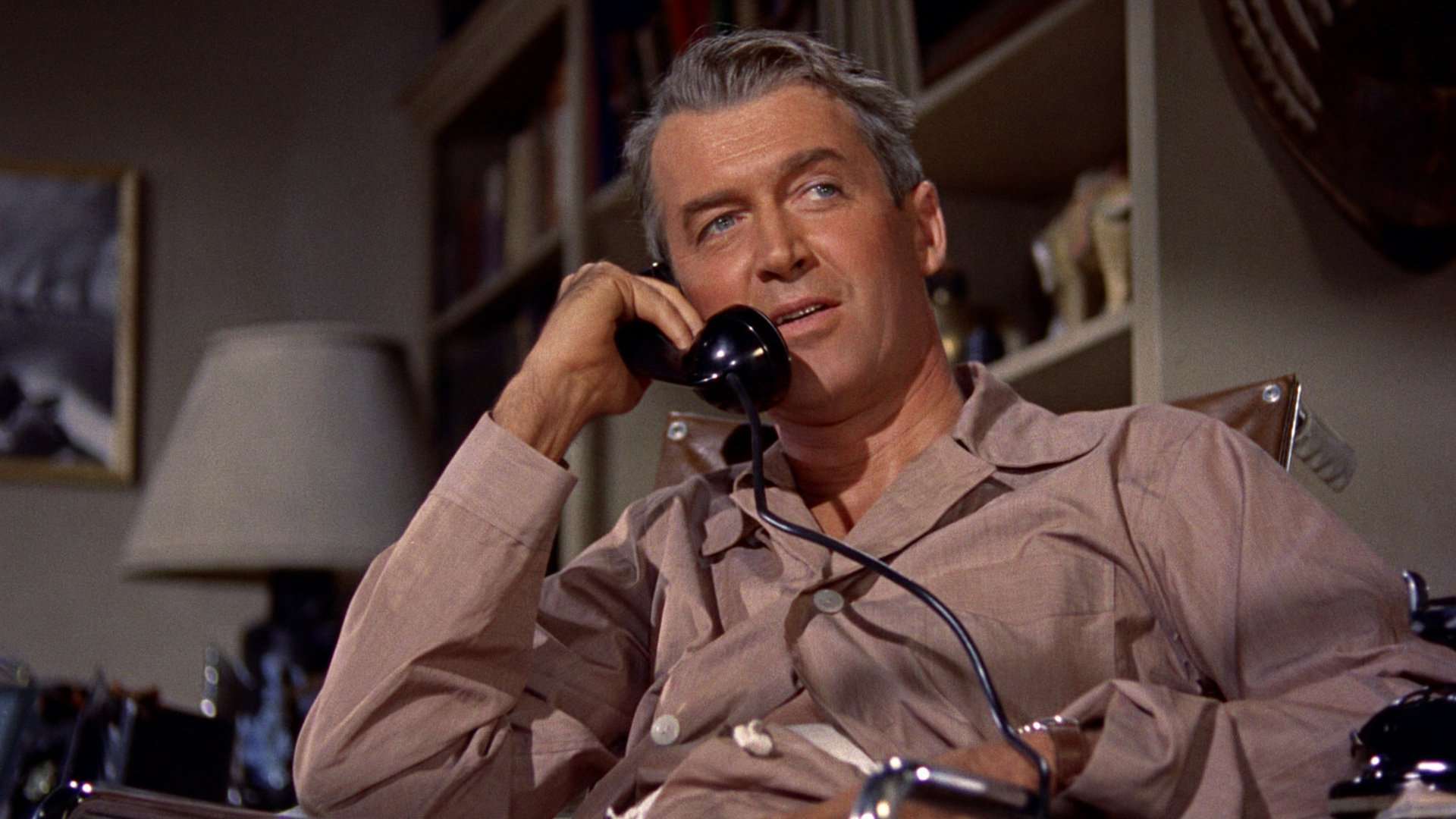 Hitchcock plays with perspective a lot in this movie. Not unlike another maestro, David Lynch, Hitchcock makes you feel as though you are Jeff, watching, looking, spying on his neighbors. One of the scenes that was unnerving to me—I know Hitchcock came first but it reminded me a lot of Lynch upon re-watching—was when Jeff who is left on his own after speculating to others that his neighbor killed his wife, grabs his long-lensed camera to take a closer look at what Lars Thorwald (played by Raymond Burr) is doing in his kitchen. The timing, the pacing, the precision of Jeff putting together the lenses and then seeing his neighbor putting a sword and machete in a piece of newspaper and folding it so nonchalantly, and then just laying down for nap makes you start to question everything, just as if you were sitting right in that wheelchair watching for yourself. Another Hitchcockian move: a perspective from the character’s point of view. This for me hammers home why Hitchcock is a horror genius.

The last film to crown Hitchcock as Horror Icon would have to be The Birds. I know people to this day who have watched this film and become absolutely petrified of those petite-winged monsters. I myself am a lover of birds; still, I understand the underlying fear for many who are quite afraid of our avian friends (or foes). The scene that, for me, is the most affecting, and also the inspiration of the title of this piece, is what I’ll deem the “playground” scene. As Tippi Hedren’s Melanie sits on a bench waiting for Cathy, her potential new beau’s sister, she lights a cigarette as a single crow lands on the jungle gym behind her. A single crow, followed by another crow…cigarette drag…followed by two more crows…cigarette drag. The way in which Hitchcock switches perspectives starts to accelerate your anxiety with each bird that lands on the jungle gym, but also with the acceleration of the drags on her cigarette as well. The real fear and anticipation of what is to happen is a feeling so real you can feel it in your chest; the type of anxious fear where you feel you are about to pass out. This movie is one of those movies that stays with you. 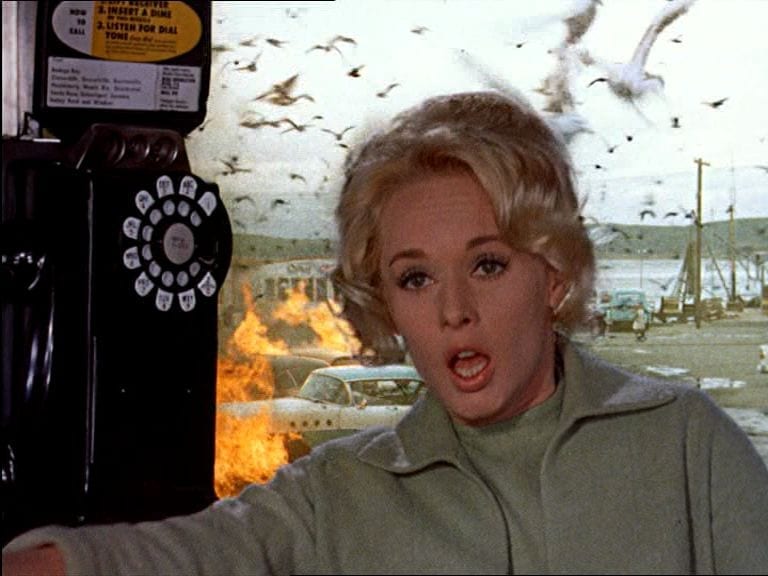 Before anyone mentions that I don’t talk about Vertigo, there is way too much to discuss there and in all truthfulness, I feel these three films showcase Hitchcock the horror director, whereas Vertigo and Dial M for Murder show Hitchcock the Mystery and Noir director. What Hitchcock did was open the door for other horror greats to showcase a way of bringing suspense, surprise, and the MacGuffin—David Lynch should thank Hitchcock personally for this one—to the forefront. These movies and Hitchcock’s direction should have a warning label that says, “If you have an irrational fear about closed-in places, mothers, salesmen, voyeurs, birds, phone calls, dying, breathing, etc. then watching the following may trigger all these fears.” Hitchcock will forever be the master manipulator and director of my innermost fears and for that, he will forever be my Horror icon.

Looking for more on films by Alfred Hitchcock? We’ve got you:

“A Bit of ‘Beastly Business’: Psycho, the ’60s, and Shocked Sensibilities”

“A Psychopath in Our Town: Uncle Charlie in Hitchcock’s Shadow of a Doubt”