The films The Killing of a Sacred Deer, The Iron Giant, 28 Days Later, Eyes Wide Shut, just to name a few, have a very specific thing in common with Alfonso Cortés-Cavanillas’ Ego: they’re all loose adaptations of novel(la)s. Though I’m only familiar with the adaptation Ego is based on, from the context I have surrounding it, it seems to only be loosely related; the novella is The Double by Fyodor Dostoevsky.

Alfonso Cortés-Cavanillas’ Ego is one of the most fun dramatic horror thrillers I have seen in such a long time, usually because I stay away from that type of film. This film, along with films like Host and Isolation, sits atop of the iceberg of the copious amount of Pandemic films that will be releasing over the next couple of years; expect zombie movies to be done to pieces by the end of 2022. Ego handles the pandemic perfectly, though. Even though it is nowhere near the main point of the film, Cortés-Cavanillas perfectly weaves it in strategically and uses the lockdown to Paloma’s (María Pedraza) disadvantage.

During the confinement caused by the COVID-19 crisis, Paloma, a 19-year-old girl, goes on a dating network with people of the same sex as hers. The young woman begins to lose her mind when a double exactly like her appears on this contact website with clear intentions to impersonate her. Her only goal will be to find the woman who wants to steal her identity. (Begin Again FIlms)

To start one of the most impressive things about this film is paying for the copyright to Girls Just Wanna Have Fun by Cyndi Lauper. That can’t be cheap, right? 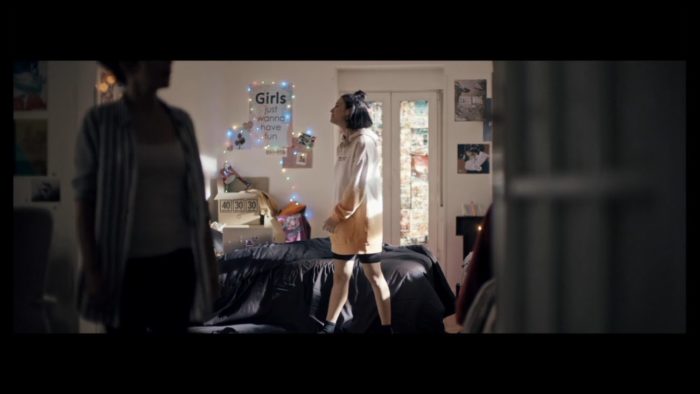 But seriously, to start the acting is top-notch. María Pedraza plays Paloma and Goliadkin, her double. There’s something to say about playing two characters in one film, and Pedraza really nails it. To start both Paloma and Goliadkin are similar in nature until things start to go south, and Goliadkin becomes a thorn in Paloma’s side. Besides battling the intentions of Goliadkin, Paloma also deals with some severe mental health issues. This can easily be something an actor can overdo and feel non-genuine, but I believed every second of it. Also, Goliadkin is the first reference we get to the Dostoevsky novel, with that being the same last name as the main character in his novella (though in the book it’s spelled Golyadkin, it’s fairly moot and gets the point across).

Touching, again, on the mental health aspect, the lockdown definitely affected many people very negatively. We felt hopeless and had no clue if and when things would end. We longed for personal connections and would give anything just to have a beer with friends at a bar. While I personally spent the majority of lockdown with my girlfriend, a lot of my single friends told me they resorted to online dating apps like Tinder, Hinge, Bumble, etc., just to try and talk with people and find new connections. Paloma spends the first few minutes of the film mindlessly scouring a dating service, and getting denied when she comes off as too sexually aggressive. When she finally meets Goliadkin, even though she is thrown off and very concerned about this doppelganger, she feels a sense of relief having someone with who she can connect. Unfortunately, that doesn’t last long. 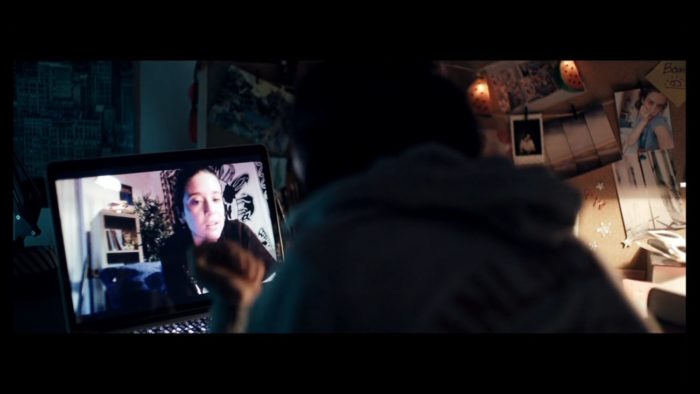 Cortés-Cavanillas’ direction is outstanding. His knowledge of camera movement and how to tell such a story as visually as possible is really commendable. Initially, the camera work is reserved and calm, before devolving into unhinged chaos. The pacing of the film is tight and concise, speeding itself up when it’s needed, and slowing down perfectly when it’s ready to give you a chance to calm down. He found a way to tell an interesting horror story with very little blood, he just uses the camera to give us a freaky tale.

There are two really standout shots in the film that prove Cortés-Cavanillas’ competence regarding directing. The first shot is when Paloma is looking into a mirror, and some great psychological horror takes place (no I won’t spoil what happens, so just look out for that scene, you’ll know which one it is). The second shot was an Alfonso Cuarón-esque one-shot that follows Paloma through multiple rooms and floors of the apartment building. It really caught me off guard and was one of my favorite moments of the film. 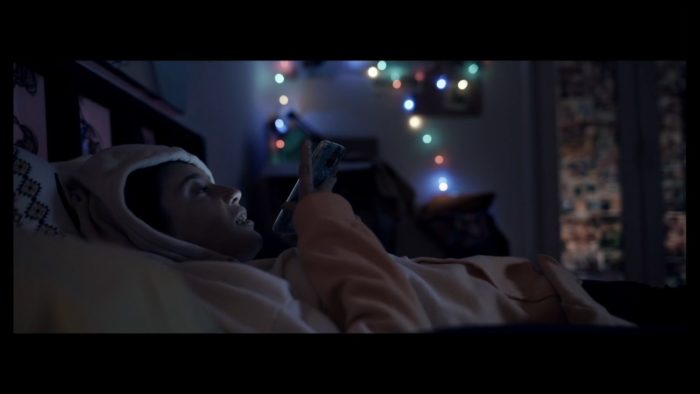 The score is interesting…as I stated earlier, the song Girls Just Wanna Have Fun by Cyndi Lauper plays on repeat through the majority of the film. There is a great moment during the denouement where we get one of those overly cliched pop songs slowed down moments that most horror trailers are rife with, i.e. the new Resident Evil trailer. Thankfully, with Ego, the song is not specifically highlighted and is let to be its own entity in the background, and provide a haunting Greek Chorus effect. 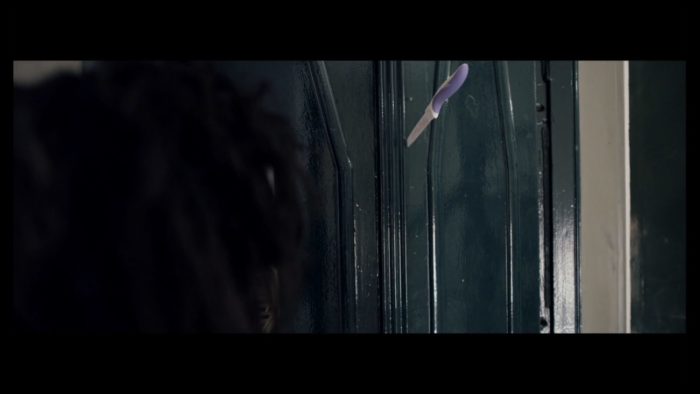 Side note: unfortunately IMDb does not have the proper credits for this film, and the end of the film has no credit reel so people on the production side could not be properly credited in this review.

Alfonso Cortés-Cavanillas’ Ego was a melancholic delight, and one of my top 10 favorite festival films I’ve seen this year. It is an interesting play on the doppelganger idea and is pulled off very well. Cortés-Cavanillas has proven himself as a very solid director and I am more than excited to see what he can come up with next.