One of the UK festivals that I’ve been following and supporting longer than I have FrightFest is the marvellous Grimmfest, which takes place every October with some smaller events scattered throughout the year. This year, after a good twelve months of virtual events, they are excited to return to Odeon Great Northern in Manchester from 7 to 10 October, and I’m excited to present to you news of their line-up, full of premieres and nasty thrills.

Two of the films that caught my attention in the Fantasia program are now on their way to their UK premieres: Alexandre Bustillo and Julien Maury’s supernatural The Deep House and Jane Schoenbrun’s subtly disquieting low-fi gem, We’re All Going To The World’s Fair. Read on for a summary of the rest of the program. 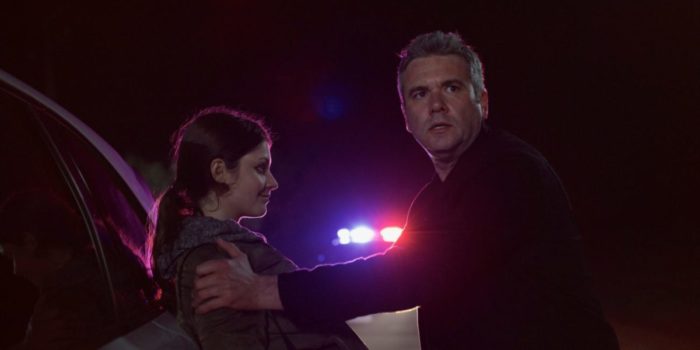 The opening film will be Jim Cummings’ and PJ McCabe’s The Beta Test, a thriller/satire about toxic masculinity, but the closing film is yet to be announced. Grimmfest will also cover a selection of short films, including Mask of the Evil Apparition from Alex Proyas, part of his Dark City cinematic universe. And of course, there will be a guest of honour again, this time Dee Wallace, recipient of this year’s Grimmfest Lifetime Achievement Award.

There will be a virtual equivalent to this October’s Grimmfest shortly after. If you can attend in person, though, Grimmfest 2021 full festival passes are available now, from the festival website. I might just see you there.