I’m going to go ahead and say it—this is one of the best movies I’ve seen Shudder put out in the last couple of years. In fact, this is hands-down one of the best horror films I’ve seen in a while. It’s not a slasher or a monster film, unless you are willing to accept that man is the real monster here, and he is. 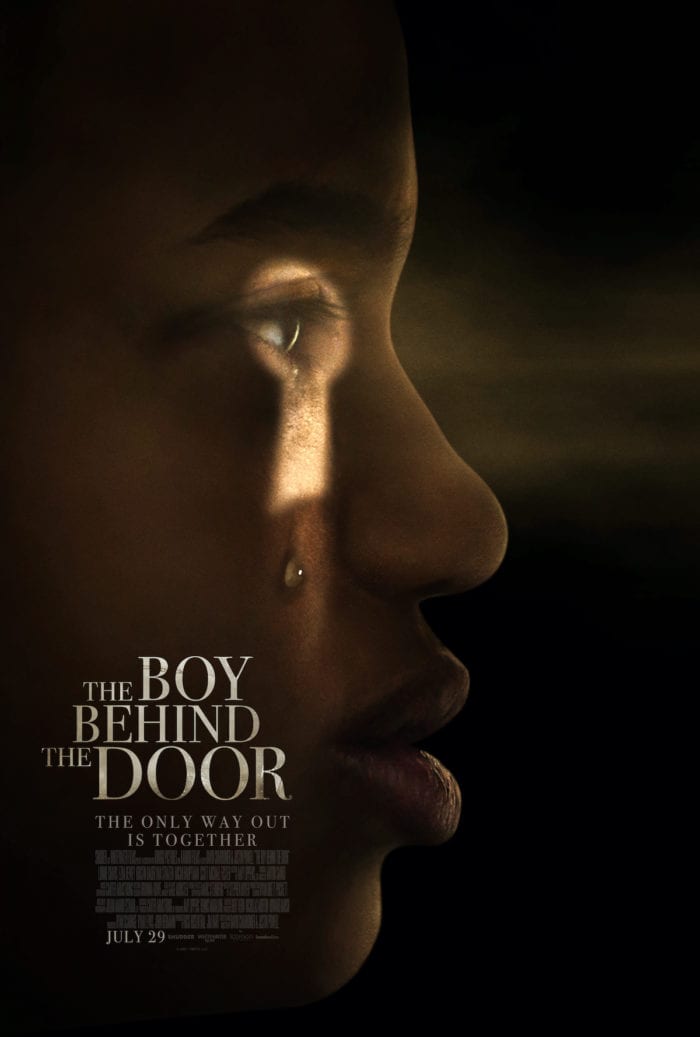 This is a Stephen King-level story regarding the power of friendship—think IT or Stand By Me. It surrounds two 12-year-old boys who were abducted on their way to play a baseball game and the terror to which they are subjected during their fight for survival.

There’s a special thing about friendship when you’re 12—nothing else matters, and that comes through in this movie more than anything else. I remember the friends I had when I was that age, and I think it was those memories that caused me to connect so deeply with this movie. I like to think I would have gone through the same heroic measures that Bobby (Lonnie Chavis) did in trying to save his best friend, Kevin (Ezra Dewey).

The film opens on the two boys laying in the grass talking about where they wish they could be…they are dreaming of the sun and the beach and basically the vacation we all need right about now. Bobby says something about going one day, and Kevin says he shouldn’t go without him. They decide that no matter what, they are friends till the end. It seemed ominous at the time, but I had no idea the ride I was in for with this movie. Yet, the innocence of the moment and the obvious brotherly love between these two boys made me want to focus on the moment at hand.

Then, the unthinkable happens…while playing a game of catch, Kevin misses one of Bobby’s throws and has to go off into the bushes to retrieve it. He doesn’t return right away, and Bobby goes looking for him and wakes up in a trunk. This is where the filmmakers really shine. Everything about this scene draws the viewer right into the trunk with Bobby—the music, the cinematography, the way the light flashes produce the anxiety that Bobby must feel and the sense of claustrophobia of being in the trunk with just a glimpse of the outside world now and then. Lonnie Chavis is a powerhouse actor at his young age, and his gasping for air conveys the sheer terror of one being locked in a trunk trying so desperately to free himself. He does just that with quite a struggle and, for a moment, he could run to safety. But he hears his best friend’s screams from the house, and he turns back to save him. Usually, I would be screaming at the TV for the character to take his/her chance and run but this time, I was rooting for this boy and his fight for his friend.

Kevin is chained away in a room wearing a shock collar and is barely able to scream enough to let Bobby know where he is. Not to mention, the abductors are wandering around, making it difficult for Bobby to get through the house to find Kevin. He soldiers on without a thought for himself, making some very clever moves along the way. The loyalty and love that are exuded through Chavis’s acting are breathtaking.

Then the filmmakers amp up the terror a little more by allowing us to discover that the children are victims of people who are planning to traffic them. The stakes are even higher now for Bobby to get Kevin and get out of there before he is sold.

This movie had me on the edge of my seat the entire time. The things this young boy goes through to save his friend are things that probably would have made adults turn tail and leave their buddy in the clutches of some really bad people. These boys have nothing but each other—they are failed by the police, they have few weapons (however, Bobby sure does make use of what he finds), and their kidnappers are relentless. 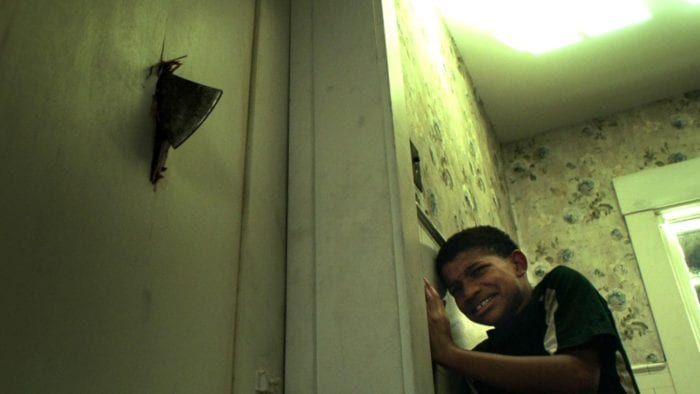 The entire movie is filmed in low light and shadow. What music there is only adds to the background of desperation and terror. Every detail is so well put together that it amplifies the superior acting of the boys and draws the viewer—heart and soul—into the story. When is the last time a horror movie got you right in the feels?

Once Bobby gets over on one of the kidnappers, he has another chance to run to safety and leave his friend behind, yet he presses on to save him. The heart of this kid is astonishing. Then it is Kevin’s turn to save Bobby after he is shot and has lost a terrific amount of blood. In a gut-wrenching moment, Bobby implores Kevin to run and save himself as he is bleeding out on the ground and the last kidnapper is fast approaching. Kevin won’t hear of it and reminds Bobby that they have taken an oath: friends till the end. 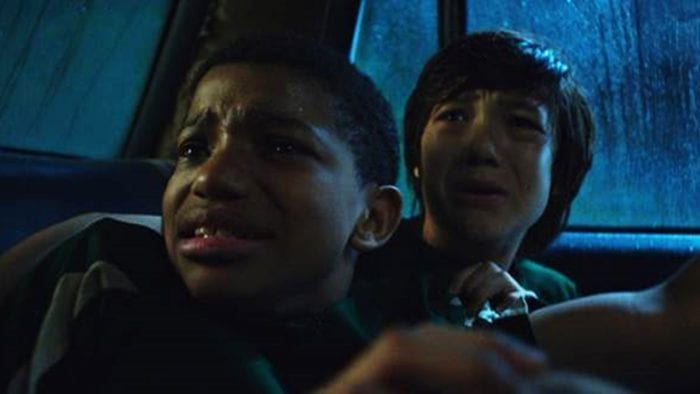 I don’t want to go any further in telling you about the story because I don’t want to ruin anything. I want you to be as engrossed in the film as I was. What I will tell you is that it is one of those rare horror films that grabs you from the moment it begins (this one grabs by the heartstrings first) and drags you down a gravel road until you’re raw and bleeding. As I’ve said, no detail is left to chance. The setting, the music, the lighting, the sparse dialogue, and limited cast…it all culminates into a rich, robust story that focuses on the human spirit, the ferocity of friendship, and the extreme will to not only live but to live loyally.

The Boy Behind the Door begins streaming on Shudder on July 29. Do yourself a favor and set a reminder.