When you think of the greatest horror franchises of all time, what comes to mind? Friday the 13th? A Nightmare on Elm Street? Saw? To be honest, that’s actually a really tough question to answer. While a lot of great horror movies have spawned seemingly endless numbers of sequels, those sequels are usually not very good. The genre simply doesn’t have too many franchises that have kept up a consistent level of quality from start to finish, so it can be difficult to name a truly great (or even a truly good) franchise rather than just a truly long one.

But that doesn’t mean they don’t exist. Take the REC films, for example. While most hardcore horror fans are familiar with the first one, the rest of the quadrilogy doesn’t get nearly the recognition it deserves. Sure, not every REC movie is an all-time classic, but there isn’t a truly bad movie in the bunch. And when you combine that with the fact that one of them is an all-timer, you at least have to put this series in the discussion of the greatest horror franchises ever made.

And as with any great horror franchise, fans always want to know how the movies stack up against one another. Which are the best, and which can you safely skip? To help answer that question, I’ve rewatched and ranked all four films in the REC series, so if you want to get into this underrated gem of a franchise, or if you’re just curious to see how my list compares to yours, here’s my ranking of the REC quadrilogy.

In a lot of ways, REC 3 is the odd one out in the series. It’s the only movie that incorporates both found footage and traditional cinematography, it’s a spinoff rather than a continuation of the main franchise storyline, and it doesn’t have anything particularly interesting going on narratively. Those first two peculiarities don’t affect the quality of the film, but the last one definitely does, and it’s the reason REC 3 is at the bottom of this list.

This isn’t a bad movie, but it’s not exactly a good one either. It’s fun enough that it’ll keep you entertained once the action starts (although getting there is sometimes a bit of a slog), but that’s all it is. At best, it adds a tiny bit to the religious side of the franchise’s mythology, but it doesn’t give us anything substantial. Outside of a few lines, it doesn’t really tell us anything we didn’t already know before, and the little bit it does add just raises more questions than it answers.

So at the end of the day, I’d say that REC 3 is worth a watch if you’re into fun, more or less mindless zombie action (sure, the monsters in this franchise aren’t reanimated corpses, but they look and act exactly like zombies, so they belong in that same general family), but if you want anything more than that, you can totally skip this one. It just doesn’t have anything to elevate it above that absolute bare minimum level, so it’s easily the worst installment in the franchise. 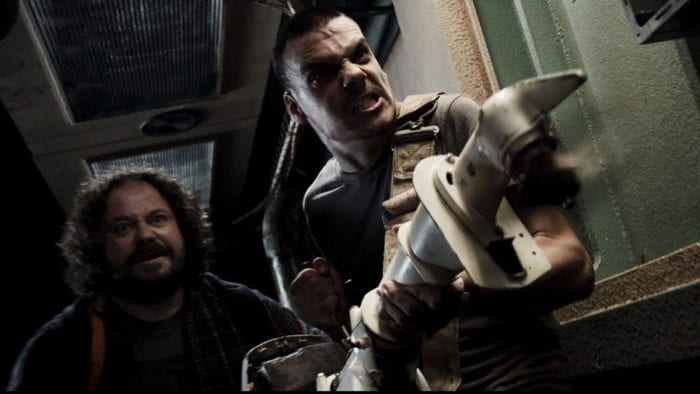 Before I rewatched all four REC movies to make this list, I wasn’t sure which one would take the bottom spot. I knew that the first two films were the best (and I knew which would be number one), but I didn’t remember how the last two compared to each other. I knew I would have to pay closer attention to these movies to figure out where to rank them, and after watching them and thinking about it, the choice was actually pretty clear.

Both of these films have the cool zombie action this franchise is known for, but there’s one thing that sets REC 4 above its predecessor. Like I said before, REC 3 doesn’t really have anything interesting going on narratively, but this one does. It’s about a group of people who’ve been sequestered on a ship with some scientists, and at first, you don’t know why they’re there. It’s a cool little mystery, and when the film finally shows its hand, that revelation leads to some further intriguing developments.

Granted, this story isn’t quite as compelling as the first two, but it’s definitely better than anything we got from the third film. It’s pretty interesting, so when you combine it with the fun zombie action we’ve come to expect from the REC franchise, you get the clear pick for the number three spot on this list. 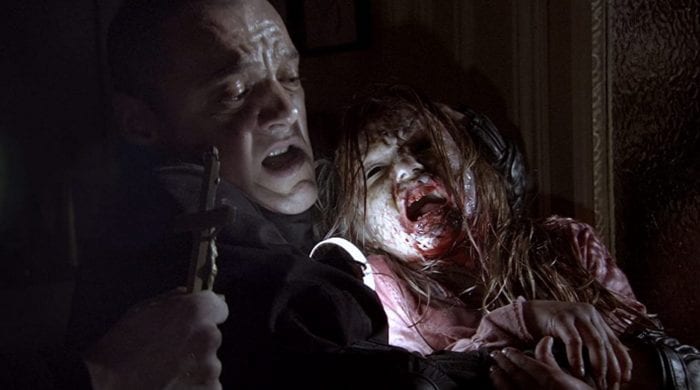 In some ways, REC 2 may seem like just a lazy rehash of the original. It’s another found footage movie about a group of people trying to survive the same zombie outbreak in the same building, so there are definitely a lot of parallels between the two films. However, if we look beyond that very bare-bones similarity, we’ll find that REC 2 actually takes the story in some new and interesting directions, and those differences go a long way towards making it the second-best movie in the series.

For starters, it’s about a group of heavily armed police officers, not a TV crew, and that gives the film a really unique feel. Victims who can fight back (even if they’re not terribly successful) always make for a distinct vibe, and these characters are no different. Secondly, this movie very much leans into the religious element of the franchise’s mythology, and that really sets it apart from the fairly typical zombie tone that the first REC had. While that original film keeps the source of the infection a secret until the very end, the sequel reminds you of it in the opening minutes, and it remains an important part of the story all the way through.

Granted, those differences alone don’t make this a good movie, but they do keep it from succumbing to one of the most common pitfalls that plague horror sequels. It’s its own film, not just an inferior redo of the original, and that’s half the battle of making a good “part two.” The other half involves actually making it good, and the filmmakers behind REC 2 succeeded on that front as well. This movie has the franchise’s best zombie action outside of the first film, and it manages to incorporate the prominent religious element in a way that makes for a really intriguing subgenre mashup, so it keeps your interest the whole way through.

When you put this all together, you get a sequel that’s admittedly not an all-timer like the original, but it’s still really good in its own right. It’s a compellingly unique mix of zombies, demons, and an Aliens-esque “guns vs monsters” tone, so it’s sure to please fans who want to see how the saga continues. 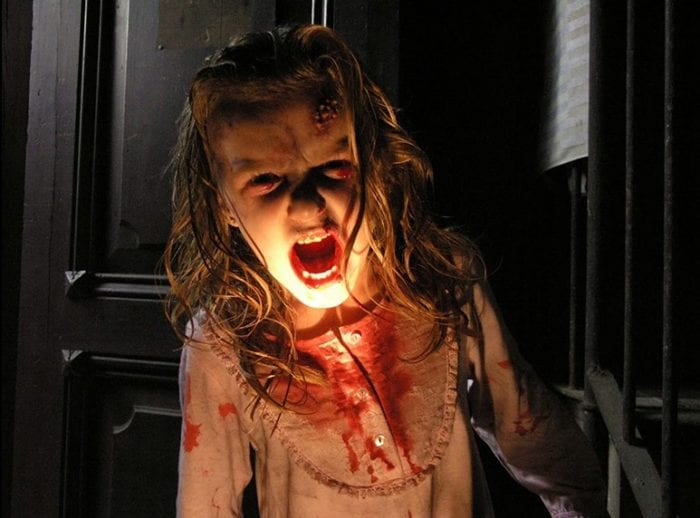 Hands down, the best entry in the REC franchise is the first film, the one that started it all. It has just about everything you could ask for in a zombie movie. For starters, it features the best monster action in the entire franchise, and I’d even go so far as to say that these are some of the best zombies the entire genre has ever given us. They’re utterly terrifying, and when they go all-out on their victims, it’s a thing of gruesome beauty.

But like every great zombie movie, this one is about more than just horror. It also has authentic, likable characters, and the performances are totally on point. They seem like real people rather than actors reading a script, so you totally buy into the story.

And speaking of the story, that’s another one of the film’s strengths. REC eschews the worn-out zombie apocalypse setting and instead confines its action to a single building, and that alone is enough to make it pretty refreshing. On top of that, there’s also a really intriguing mystery about just what is going on, and it has multiple layers that keep you wondering from beginning to end. It makes the story flow really nicely, so even when the action gives way to slower character moments for a bit, you never get bored with it.

In a nutshell, REC is an absolute masterpiece of raw, hard-hitting horror. More so than any of its sequels, this movie is scary, captivating, and original, so it totally earns its status as not only the best entry in this franchise but also one of the best zombie movies ever made.