I love sitting down to a new movie without any preconceived notions or idea of the plot. I also love a good vampire story, so I was delighted when I sat down to view The Shed and found out that it was just that.

The Shed, a new horror film produced by Peter Block of Saw, is the story of Stan (Jay Jay Warren), a 17-year old juvenile delinquent who lives with his abusive grandfather after his parents both pass away. Stan and his best friend, Dommer (Cody Kostro), are loners who are often bullied by a group of classmates. While doing chores one day, Stan discovers a creature has taken refuge in a shed on his grandfather’s property. While he tries to battle the monster alone, Dommer discovers a sinister use for it.

This movie hits the ground running. It opens on a hunter who is attacked by a vampire in the very first scene. Blood and gore are at a maximum and the shock of it all happening so quickly had me audibly gasping, “Yay, a vampire film!” The film also wastes no time in explaining what happened to Stan’s parents in a creative way using a dream sequence instead of coming out and telling the viewer what happened. That was a nice touch because it takes you a minute to realize that it happened in real life and has left Stan in this unfortunate situation as an orphan. 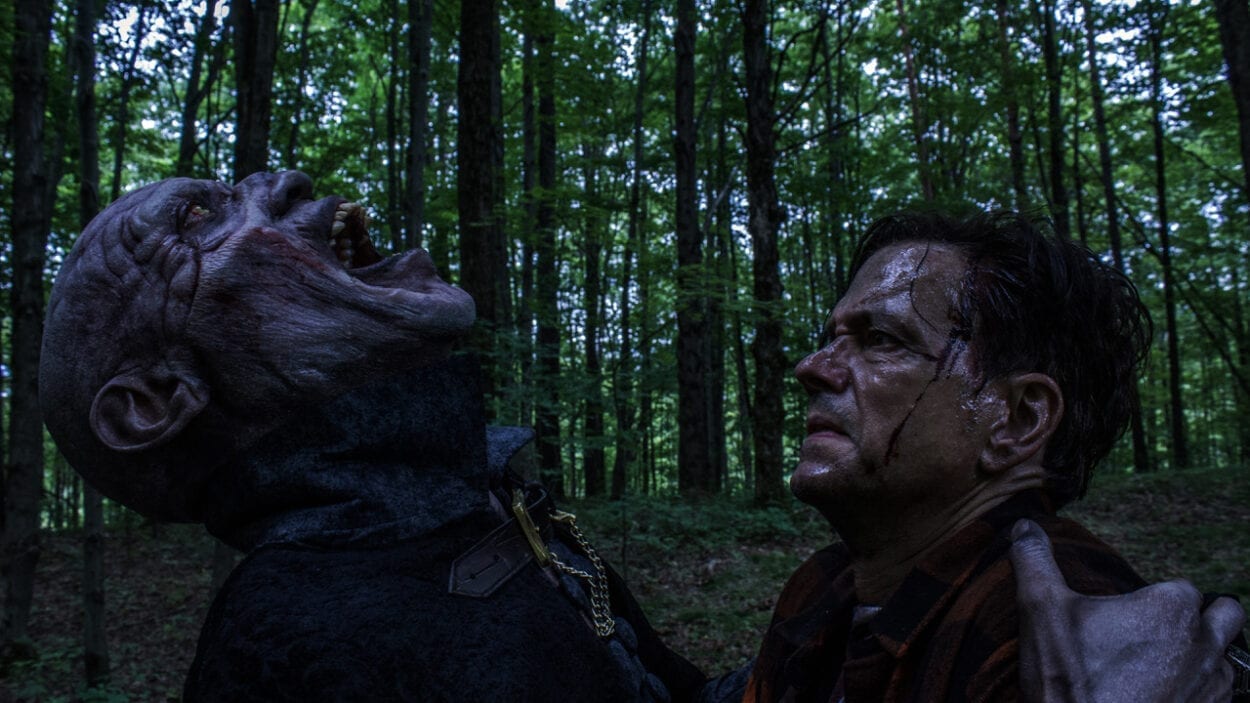 This is a good, old fashioned horror film. There are plenty of jump scares, creepy voices calling out to our hero from the shed beckoning him to come near, and a love interest who becomes a ride-or-die girlfriend/vamp hunter. What is really refreshing about this film is that the teenagers seem like they could really be teenagers. They are bullied and deal with crushes and friendships just like teens in real life. When confronting the leader of the bullying pack, the bully buckles just like a cowardly teen. So many films these days, horror and otherwise, have older actors playing teens and it always seems like they are going through the motions without being at all believable.

The film also follows the tried and true vampire mythos. In fact, at one point, Stan watches an old vampire movie to figure out how to kill the creature in the shed—the standard rules apply, sunlight burns, stakes kill, decapitation kills, etc. This consistency with older vampire films is a nice change of pace in a world where writers often make up the rules as they go along (think sparkling vampires, for crying out loud).

There are a couple of times that I wish the director/writer, Frank Sabatella, would have explained a little more background to help the viewer better understand the characters. Where did the initial vampire that attacks the hunter come from? Is the town overrun with a vampire problem? Why is Stan’s grandfather so abusive to him? Why is Dommer not completely shocked that there is a vampire in the shed? I suppose with all movies there is a suspension of disbelief, and this is certainly in play in this film.

The friendship between Dommer and Stan is a real highlight. It is believable and real, and you feel like these guys are really in this life together as best friends. When Dommer ultimately decides to use the monster to get revenge on his bullies, you understand where he is coming from; you understand his desire to get even with this new opportunity. And the goodness in Stan that reaches out to Dommer to try to stop him from carrying out his plan feels genuine—who wouldn’t try to keep his/her best friend from going down such a dark path from which he/she may not return? In this case, Dommer ultimately doesn’t return from his dark journey, and you can feel Stan’s pain at failing to save his friend. I was initially hoping for a Shaun of the Dead moment in which Stan would keep Dommer in the shed but that didn’t come to pass. 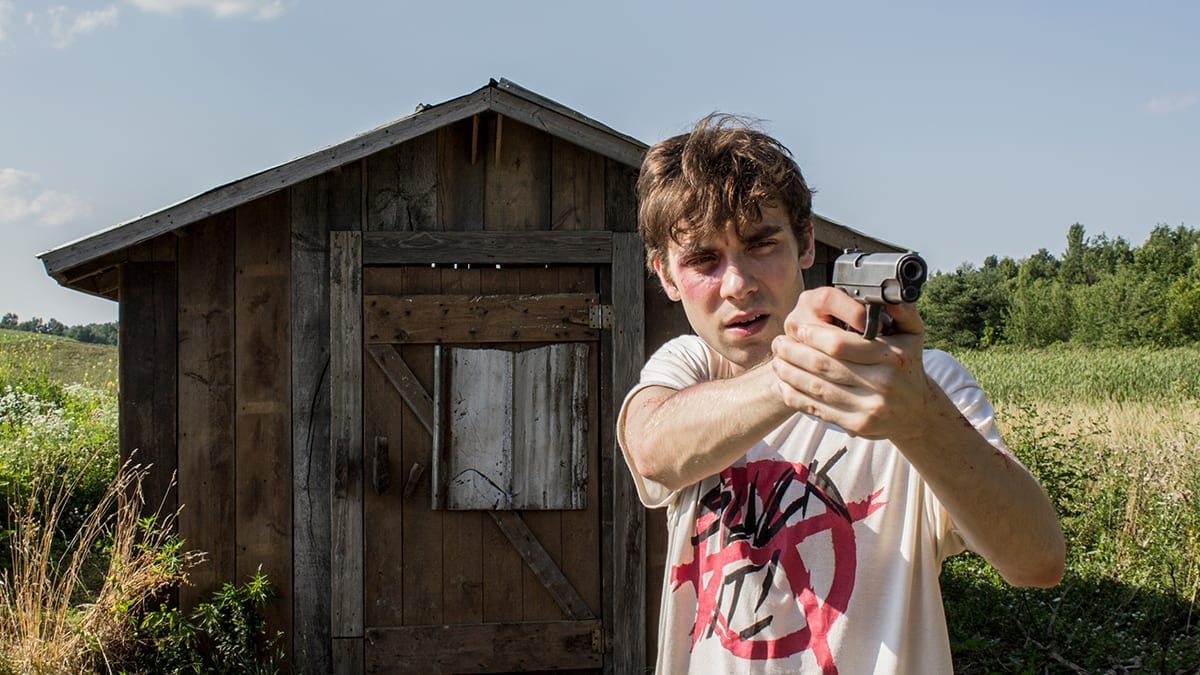 The relationship between Roxy (Sofia Happonen) and Stan also feels very real—there is an innocence of first love and a budding relationship that feels reminiscent of some of the great horror films of the past. And when she stands by her man and becomes a badass vampire hunter and his ultimate savior, it feels like she is a feminist heroine in the making. Like any of the great vampire films, especially of the ‘80s, there’s a fun montage where the two would-be vampire hunters fortify the house by boarding up windows, setting traps, and sharpening stakes in preparation for the final showdown that left me smiling and ready for the ultimate battle. 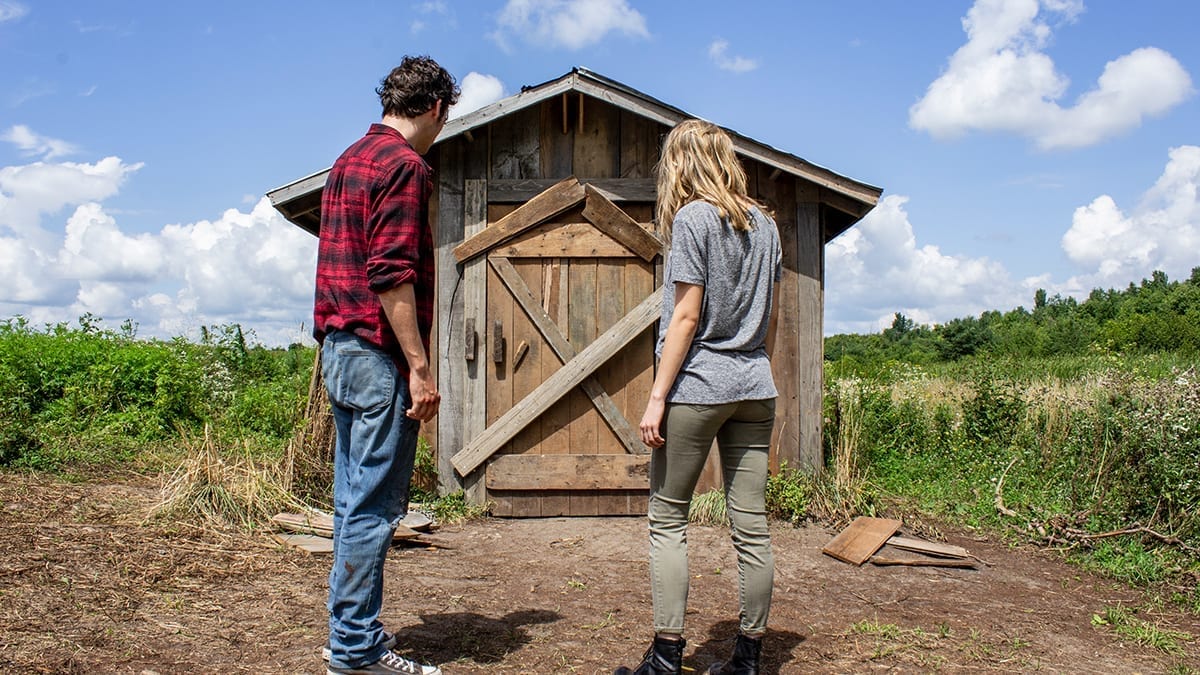 This film, while not one of the greatest vampire films ever made, fits the bill for a light-hearted, fun movie that will satisfy any vampire fan’s desire for a new tale of terror.

The Shed is available for streaming on Shudder on August 27.