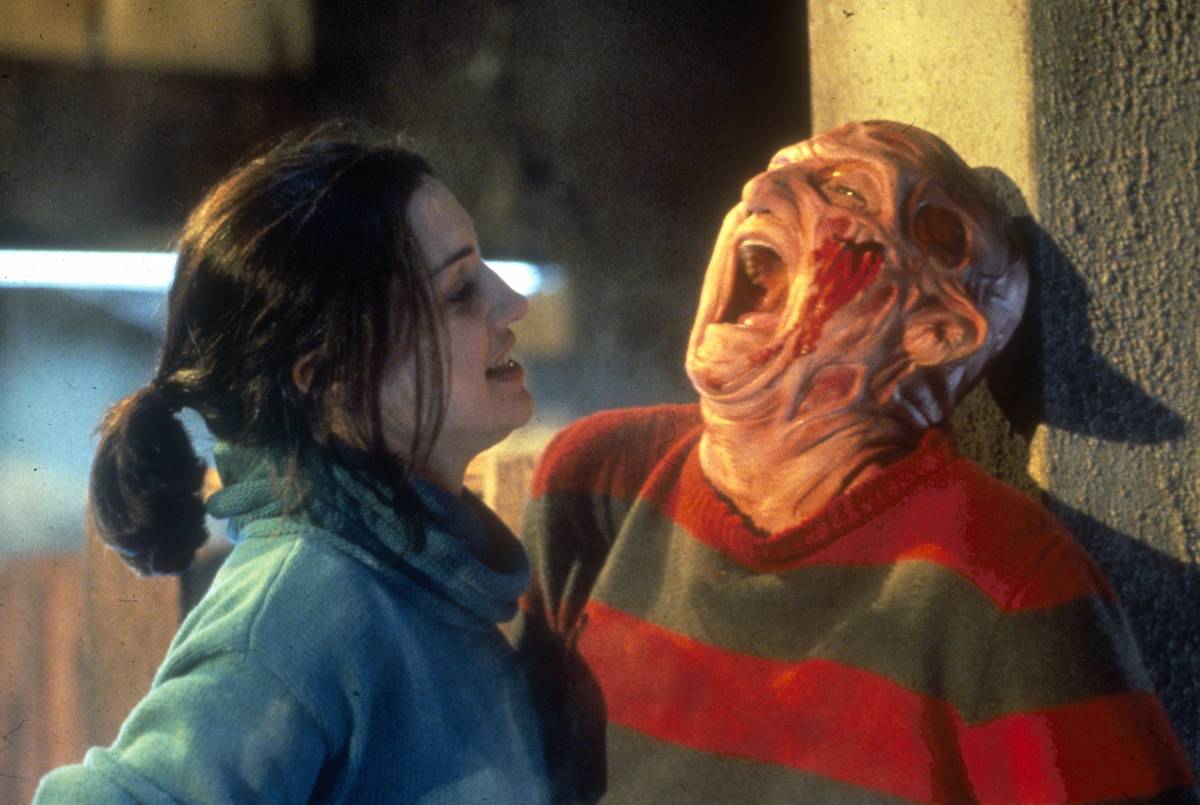 Maybe it’s because I was 9 when my Dad introduced it to me.

He had bought the newly released New Line Platinum Series “The Nightmare on Elm Street Collection” and started a watch through of all the films. My brother and I had already seen the original and Dream Warriors multiple times. The theme song for Dream Warriors was always blasting in the car with us singing along, and I would sometimes find myself pretending to get eaten by my bed comforter yelling about how it was a giant Freddy Snake. We showed little interest in the other films, but given the storylines of 4 and 5, that’s really no surprise. Yet, a surprise at least for me, I was drawn right into Freddy’s Dead: The Final Nightmare.

First, let me assure you that I do realize now that it’s not a good film. Also, having gone back, older, and rewatched the others, it’s by far the weakest of the Nightmare franchise. It’s a film that borrows many elements from its predecessors and completely takes Krueger from being scary to a completely cartoonish version of himself. Yet, it remains to be one of those bad films that are just fun to watch and heckle.

A majority of Freddy’s Dead takes a chapter out of Dream Warriors, the third film in the series, and places our heroes in a shelter for troubled teens (instead of a hospital for troubled teens). It’s there that we are introduced to Spencer (the poster child of the “spoiled brat” trope), Carlos (Deaf, and won’t let you forget it), and Tracy (Your streetwise white girl who tries to be tough, but really is a mess). This group of misfits are pretty much diet versions of the kids we got to see terrorized with Nancy Thompson in the third installment, and slightly more interesting than the group from The Dream Child, which had a bunch of throwaway people that one hardly remembers. 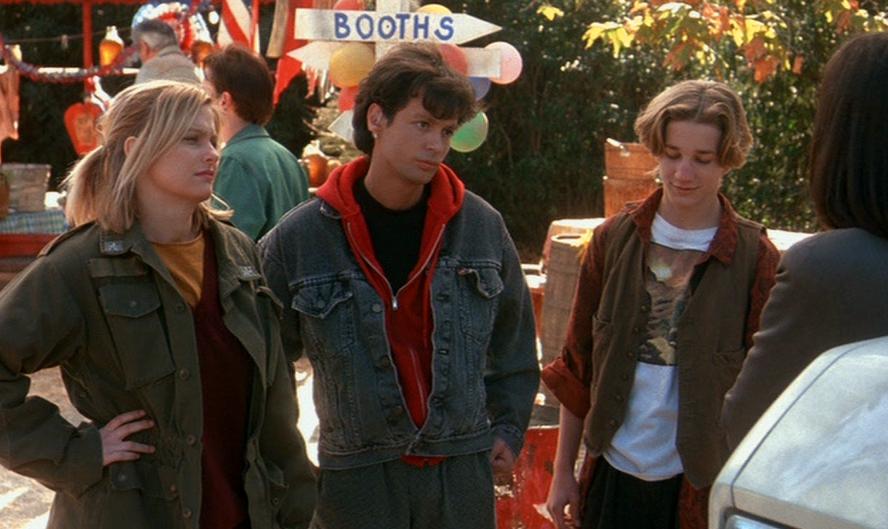 We are also introduced to John Doe (who likes to scream about how much he doesn’t remember things). He is the sole teen survivor of Springwood, Ohio, home of Freddy Krueger, and the setting for the other films. Freddy must have been extra busy, killing children left and right, for the entire child population of Springwood to dwindle down to extinction, leaving the adults to be completely out of their minds—but more on that later. You can kind of overlook these little plot holes because otherwise, your head might actually explode. And, as a child, you don’t notice them anyway. Thus, the film can become a favorite.

It’s disappointing that Freddy gave us such classic kills like having a young Johnny Depp being sucked into his bed and then spewing blood all over the room, or Dream Warrior Jennifer’s love for television becoming her own end when Freddy literally pulls her into the tv screen after saying one of his best lines, “Welcome to primetime, bitch!”. Instead, Freddy’s Dead is more like watching a Looney Tunes episode.

Spencer meets his maker by dying in a poor man’s version of Super Mario, getting crushed by Pixel Freddy, while Carlos’ head explodes after he puts on the Freddy Hearing Aid and sound gets amplified a lot. Remember how I said he’s Deaf and won’t let you forget it? Well, turns out neither will Freddy. These aren’t even the most far fetched deaths in the film. Later, we travel through Freddy’s memories and witness him as a child, beating the class hamster to death with a hammer. He shakes his wife to death after she discovers his torture chamber in their basement. Then there’s poor John Doe, who continues to have the same dream of waking up in the Krueger house and having to escape through a window. From there, he falls Wile E. Coyote style for what seems an eternity until he hits a bed of spikes that Freddy has placed there.

It’s no wonder that as a child I hadn’t found any of this scary. Growing up with Saturday morning cartoons where Bugs Bunny is constantly outwitting Elmer Fudd, or Tweety is getting the better of Slyvester, the amount of violence that is offered by Freddy’s Dead is the equivalent of a creepy looking Road Runner episode.

Despite that, I still find myself quoting lines, and realizing that I am only amusing myself. I know that they are awful. So awful that somehow they manage to bypass any memory wipe I may have attempted, and hid away deep in my subconscious. To this day, I continue to yell “I was almost out!” just like John Doe in the beginning when I’m in a situation where I’m about to close up the Starbucks where I work, and one more customer comes clawing at the window looking for a latte. 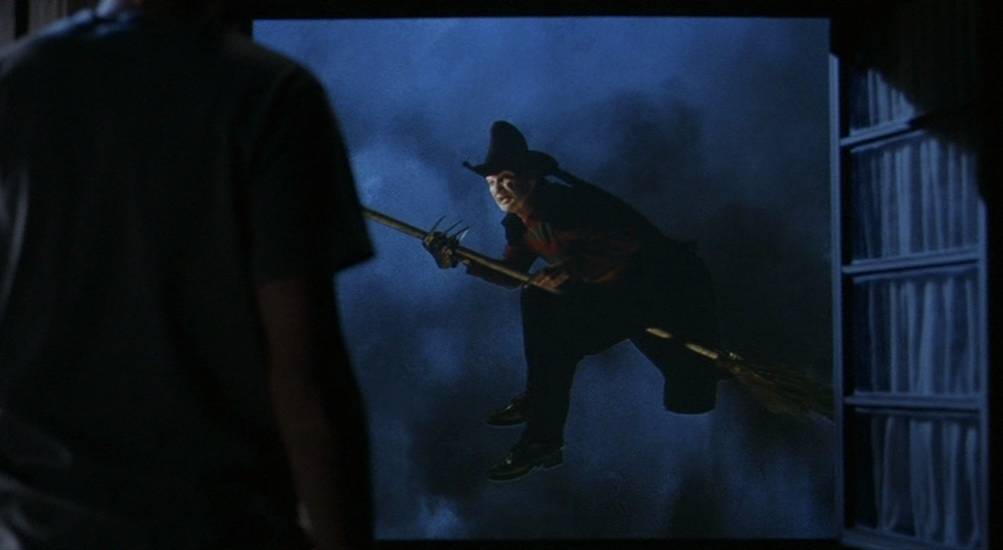 Maybe it’s Robert Englund’s delivery of them and seeing just how over the top he gets with Freddy that allows me to forgive the bad dialogue and lack of decent plot. He’s been in this role for a long time and it feels like, with this one, he knew that the film would be full of camp. Maybe he just no longer cared. He was making commercials and television appearances outside the films as Krueger long before this one had him reenacting The Wizard of Oz where we get to see Robert be extra campy as Freddy, the Wicked Witch.

I came to the conclusion years ago that you really can’t take this film seriously. Unlike the previous films, all logic is thrown out the window.

Remember Springwood and how all the adults have basically lost their minds because the concept of having children is impossible to think of? I really wonder and laugh at just why you wouldn’t move to another town? It’s clearly introduced through the opening that Freddy can’t leave. Pack up your bags and just move, but this film feels like it has no time to actually explain anything, and just wants to rush through to the next scene.

The only coherent storyline we do witness is Maggie’s, the social worker that poorly takes care of our band of misfits. My biggest attachment to this film was Lisa Zane (big sis to actor Billy Zane) since it was the first time I had seen her in something and fell in love with her presence.

At 9 I was going through that time in your life where you question if your parents were actually your parents, or were you possibly adopted. Maggie, who was having nightmares that turned out to be memories, is revealed to be Freddy’s daughter, Katherine. The amount of fanfiction I would later develop thanks to this very premise is plentiful. 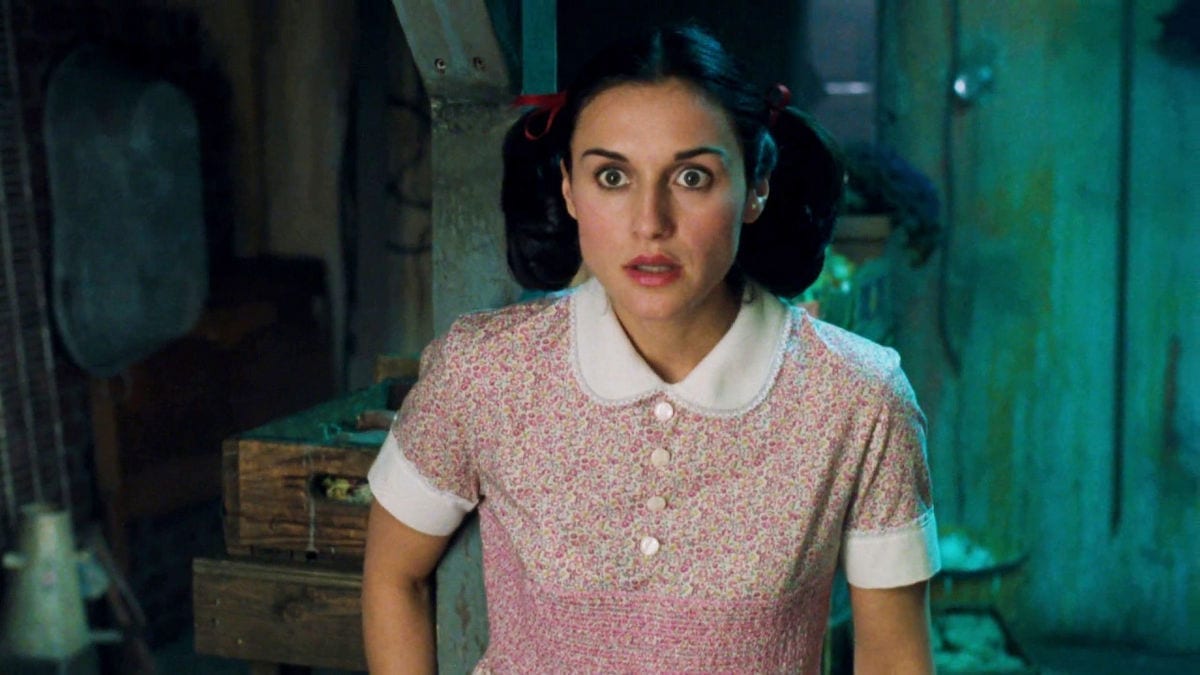 With this film being labeled “The Final Nightmare” there really wasn’t a way one could possibly kill off Freddy properly. We had already witnessed our “Final Girl”, in the form of Nancy, end him. His mother’s ashes were burned to end him. Then there was that time that he was literally a spawn that had to be sucked back into the womb of his mother and then brought to hell.

Sure, making it so that Freddy was actually a parent is pretty out of the blue. It also goes against the story that was already given, but in the end it’s pretty fitting that his own offspring brings about his final demise. It also allowed a girl like me to see a woman take care of business, and be inspired by it. What was lame was making it a gimmick in order to use 3D, but I have never been crazy for the 3D craze so I don’t believe it added to anything.

Once again I declare, “I like Freddy’s Dead.” Sure, it’s a cartoonish version of a Nightmare on Elm Street film, but if you go in expecting camp then it can be really enjoyable. It’s a welcome break between the tons of horror films that take themselves way too seriously. It’s also a fun time to have on Halloween Night to lighten the mood, among all the zombie films and 24 hour Hocus Pocus marathons.

Katie is a writer, cosplayer, craftswoman, and Barista. When she isn't talking about Chainmaille she is usually found discussing some television series, film, or how to properly make one's latte.