Some sequels in the horror genre are classics (Friday the 13th Part 2 comes to mind). Some fall way short of the original (The Exorcist II is terrible; change my mind). Then there are those horror sequels that just get it—they aren’t supposed to be cinematic masterpieces, they’re supposed to be fun, and frequently that fun can be a little on the cheesy side. That’s OK though; campy horror is great when done right, and these films absolutely did it right. There are so many other films that deserve to make this list, but these are my Top 5 Favorite Cheesy Horror Sequels, in no particular order:

Return of the Living Dead 2 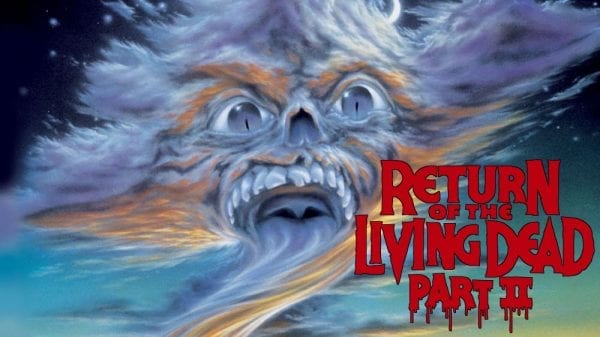 The first Return of the Living Dead film was slapstick horror, to begin with, so how do you follow that up? More of the same! While the third film would try to take on a more serious tone, Return of the Living Dead 2 worked because they embraced the humor. Currently holding a score of 0% on Rotten Tomatoes, this film stars horror icon Thom Matthews and a little known teen actor named Dana Ashbrook, prior to his breakout role in Twin Peaks. The film did feel very similar to the first, both in terms of story and even using actors from the first in different roles for the sequel, which always seemed like an in-joke with the audience that I appreciated but others may not have. Like the original, the film’s zombies maintain their physical and mental attributes from when they were humans, making them different from “Romero Zombies.” I would highly recommend this film to anyone looking to laugh and enjoy a different take on the genre…and Dana Ashbrook’s hair is pretty awesome in this film too. This should be on everyone’s list of favorite cheesy horror sequels.

So what do you do with Jason Voorhies after multiple sequels at Camp Crystal Lake? Take him to the most famous city in the world and drop him right in the heart of Times Square. On paper, the idea is brilliant, but critics of the film will be quick to point out that a majority of the film took place on a cruise ship headed to NYC with Jason on board and not actually in the city itself. Fair enough. Let’s not act like when Jason finally made it to the city, and we saw him roaming free in the packed streets, that it wasn’t amazing, though. The 80s were an interesting time, and seeing Jason not get stopped due to the array of colorful characters already populating the streets made for a fun dynamic. My argument to those upset about the actual ratio of time Jason spends in the city compared to the ship is that we shouldn’t want too much of a good thing. The novelty would have worn off quick without the buildup. I love this film for not only where it took Jason, but also for the amazing 80s nostalgia vibe throughout the film and the scene where Jason punches the boxer guy’s head off. Highly under-rated kill. My only knock on this film is that it may have inspired Jason X and that film was a low point for the series.

Leprechaun in the Hood

The Leprechaun series was always campy and belonged in the “comedy horror” sub-genre, but the series’ fifth installment somehow topped Leprechaun 4: Leprechaun in Space by taking their franchise villain…to the hood. Starring none other than Ice-T himself, Leprechaun in the Hood is every bit as ridiculous as you would expect it to be. I can’t sit here and tell you this is a good film by any means. However, if you enjoy over the top comedy horror, including a bong smoking Leprechaun who tries to talk a man  dressed in drag into giving him a blowjob during one scene, cameos from Coolio, rap songs about being a leprechaun, and violence designed to incite more laughs than scares, this might be the film for you! Yeah, this film certainly won’t meet everyone’s needs, but I can’t lie, it makes me laugh. Never fear, if you enjoy it, there’s a sequel, Leprechaun: Back 2 Tha Hood! 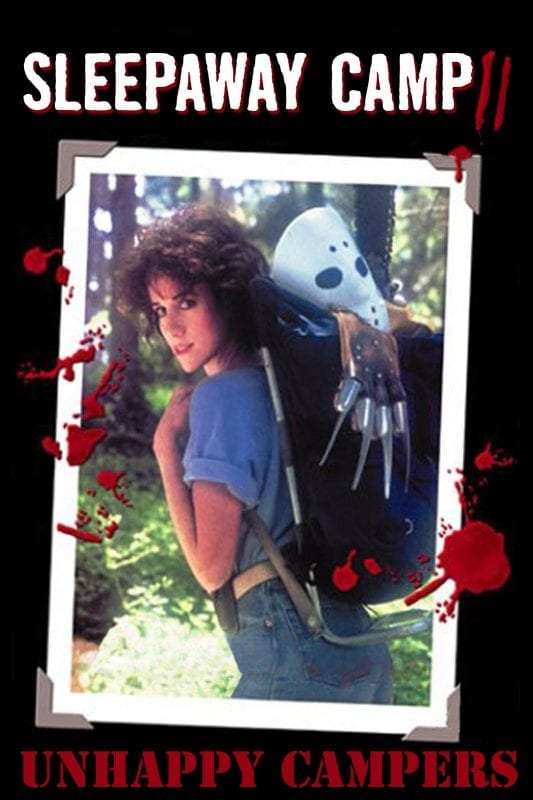 I’m a big fan of the original Sleepaway Camp. If you haven’t seen the film, skip ahead to the next film I cover, so the ending doesn’t get ruined for you…Sleepaway Camp has one of the genre’s greatest twist endings, with the reveal that Angela is actually dead, not her brother Peter, and Peter was raised by his aunt to be the girl she always wanted, taking his dead sister’s name. Sleepaway Camp II: Unhappy Campers does feature the return of transgender Angela, back to kill campers, but the sequel strays from the original with the addition of dark humor and satire of popular 80s’ horror icons, such as Freddy Krueger, Jason Voorhies, and Leatherface, and doubles down on camp stereotypes; aka sex and topless women. While I can certainly understand how the references and humor could take something out of the film, I found it to be a fun, meta element that made the film stand out in an era of slasher films coming out left and right. Sure the film lost the level of suspense the original had, but by taking a more fun approach, a franchise was born.

Troma films aren’t for everyone, that’s for sure. Very rare is it to find a person that isn’t extremely opinionated—whether its full disdain or absolute love, there doesn’t tend to be much middle ground when it comes to Troma. The Toxic Avenger: Part 2 isn’t going to win over people who didn’t enjoy the first film, but if you did, Toxie’s adventures in Japan, looking for his father before having to fight evil and stand up to Apocalypse Inc. once again, is a great way to spend an hour and a half. The Toxic Avenger: Part 2 is a hilarious film (if you enjoy Troma films style of humor), with really good gore and some fun fight scenes.  (Note to self: My next “Favorites” may have to be ranking my favorite Troma films. Low-budget comedy/horror will always have a special place in my heart).

So that’s it—my favorite cheesy horror sequels. Now drop us a line in the comments and tell us yours!