“May you dream of the Devil and wake in fright.” – An old curse.

I first stumbled upon this film several years ago while scouring the web around Halloween for lesser-known horror gems. Wake in Fright intrigued me; one, because it looked like no other “horror” movie I’d ever seen, and two, acclaimed director Martin Scorsese (who made amazing flicks such as Taxi Driver and The Departed) was quoted as saying, “It left me speechless.” At its core, this is a horror film–but the horror is all social, all human, and all commonplace. The scary things in this movie are normal everyday occurrences, at least on the surface. But when one chooses to go over the character’s interactions in the film with a fine-tooth comb, they will see what can only be described as functioning alcoholics using a thinly veiled attempt to hide primitive and borderline psychotic behavior.

As a passenger along for the ride through the outback, you can’t help but notice that beer is consumed like oxygen, the few women in the film are emotionless husks and toxic masculinity is on full display in the absolute worst way. And the hell of it is, this is all perfectly normal in 1970s Australia. Much like the 2017 hit Get Out, Wake in Fright takes ordinary situations and shines a light on them in such a way that it makes you question your own routine actions while watching it. The next time you have another beer with your mates, go on a hunting expedition or find yourself intoxicated at a party, you might wonder if the debauchery you’re participating in is actually normal. By societal standards, it may be, but morally speaking? Who knows. 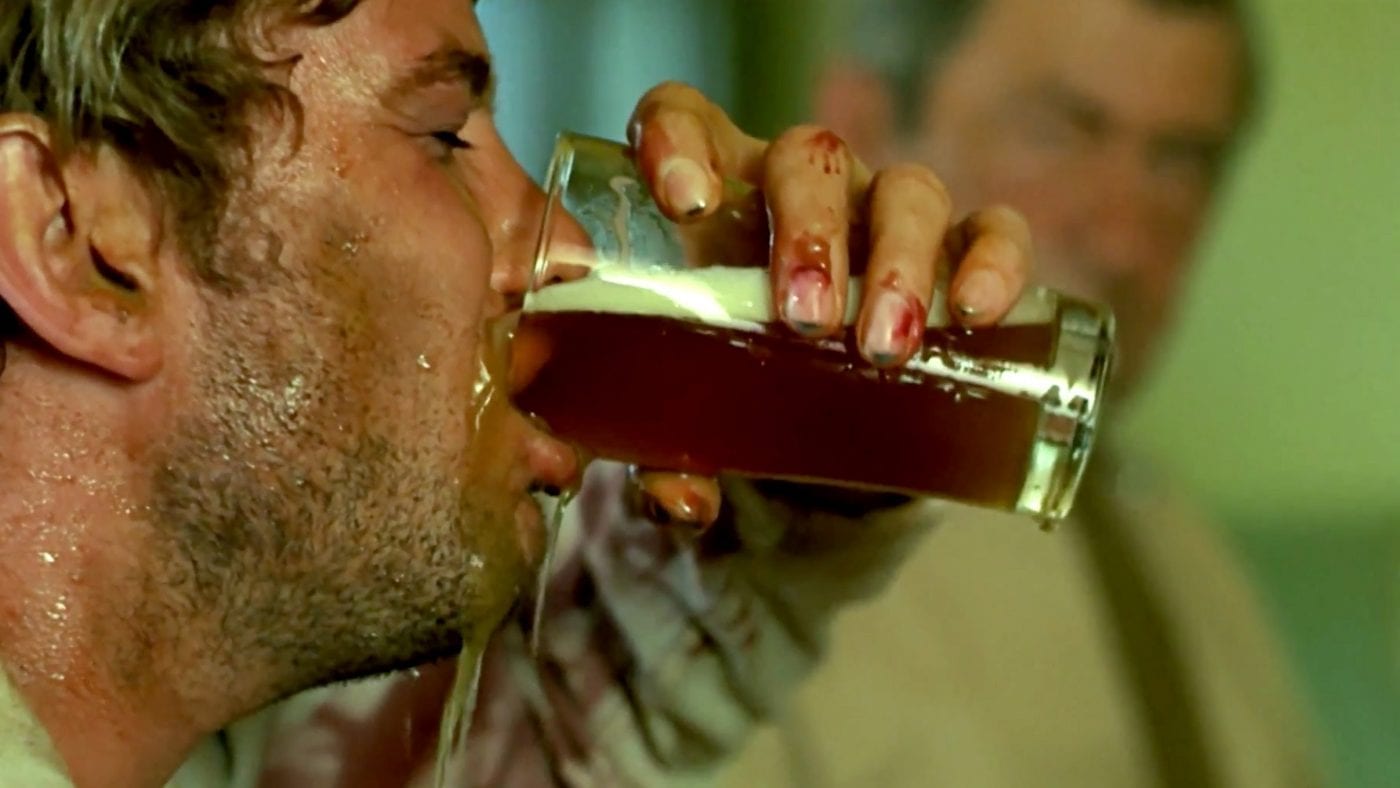 Based on the 1961 novel of the same name by Kenneth Cook, director Ted Kotcheff surpasses the source material in the same way Stanley Kubrick did with Stephen King’s book The Shining, in my humble opinion at least. Kotcheff’s vision of ’70s Australia is ruthlessly hot, aggressively hospitable and morally dark. Every single scene is filled with sweat, dust, and warm colors. If you’re watching this in HD (which you should be) you can almost feel the heat radiating off the screen like some sort of futuristic radiator. The acting from the now relatively unknown cast is top notch, with Donald Pleasence stealing the show as Dr. “Doc” Tydon, a once urban dwelling physician turned alcoholic, mooching bushman. Pleasence is mainly known for his role as Dr. Loomis from John Carpenter’s 1978 horror masterpiece Halloween, and as good as he is as Michael Myers’ dutiful caretaker, he gives the best performance of his career in Wake in Fright. Tydon can be found breaking off into drunken soliloquies about Greek mythology, doing handstands while simultaneously downing a pint of beer and drunkenly gambling with the locals. Pleasence is simply magnetic. When he’s on the screen you just can’t take your eyes off him.

But how do I describe the actual plot of Wake in Fright? In a lot of ways, there is none. Some will say it’s simply about alcohol and the dangers that lie at the bottom of the bottle. Some will say it’s about self-destruction and the primal desire of man to resort to senseless violence. Some will say it’s about masculinity that’s so overbearing it borders on homosexuality. But I truly think this is a movie with no real take away to the trivial pursuits it shows us on-screen. It is a trip into a living hell of sorts that merely serves to mentally break the characters in the story as well as those who watch it. Without delving too far into spoiler territory, there is a horrific crescendo of violence towards the middle of the film that will upset just about anyone, and just when you think they can’t top that, they take things even further. By the end, you may be questioning why a film like this exists, and maybe even wondering why it’s so universally lauded by critics. I think the answer lies in not only in the technical brilliance of the film but also how relatable it is. 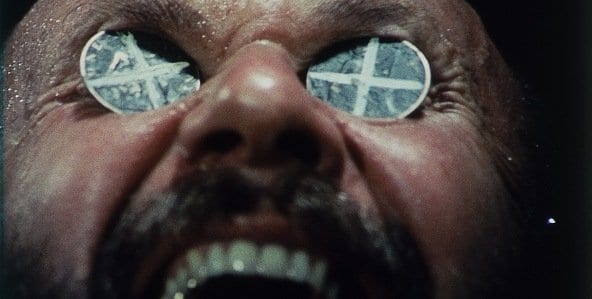 Years ago I was, by definition, an alcoholic. I would get drunk probably five days a week, engage in meaningless sexual acts and shun all responsibility looking for the thrill of intoxication and the female body. In a lot of ways I’ve lived this movie, and maybe that’s why I’ve watched it upwards of 30 times now and still wince and grimace during certain portions. Seriously, the first time I watched Wake in Fright, I was left shocked and disturbed to the point of barely being able to sleep that night. It was like getting hit by a giant brick of depression and bewilderment. I just can’t recommend it highly enough. Don’t just watch this movie, though. Put down your phone, tell your significant other or date to shut the hell up, and immerse yourself in the blistering heat, the dust, and the copious amounts of alcohol consumed. If you want to go all out, grab some beers yourself and maybe even turn the air conditioner down or the heater up. It’s my favorite movie of all-time, but for all the wrong reasons. It shows the horror of mankind and the pointlessness of our existence more beautifully than anything else I’ve ever seen.

Wake in Fright is quite simply reality, and reality is the scariest monster of all.