The Cloverfield Paradox, directed by Julius Onah, has a lot of problems. It’s best to get that out of the way up front. In spite of the many issues and blunders, it remains a compelling film, thanks to some interesting concepts and science fiction/horror that recalls Event Horizon, Prometheus, and of course, Alien. Throw in a good cast and a wonderful lead performance from Gugu Mbatha-Raw, who brings to mind Sandra Bullock as Ryan Stone in Gravity and of course Noomi Rapace as Elizabeth Shaw from Prometheus, and you have a movie that is worth a look.

The Cloverfield Paradox, the third movie in the loosely-related series produced by J. J. Abrams of Lost and Star Trek fame, has a similar premise to Danny Boyle’s excellent science fiction picture, Sunshine. The world is reaching the end of its energy resources and something serious must be done about it. Enter a team of scientists who are tasked with saving the world from self-destruction, by utilizing a particle accelerator to create an endless supply of energy. The Cloverfield Paradox has a fine ensemble cast, but it is Mbatha-Raw’s character who pulls you in and makes you want to keep watching. She has been through hard times – she has lost her children to a fire – but is still committed to finding a solution to the Earth’s energy crisis.

Let’s start with the problems. The script and dialogue are not very good, some of which is B-movie level. Thankfully, you have Chris O’Dowd, who relishes delivering some seriously hammy lines. You also have quality actors like Mbatha-Raw, Daniel Brühl and John Ortiz who make their lines sing, even while your brain is aware that they are pretty bad. I would also say that the emotional core of the movie is not as heavyweight as it thinks it is. It is only Mbatha-Raw’s performance that saves the viewer from not giving a crap that a couple of children died in a fire. I had a similar issue with Gravity too, however, and given the fact that Alfonso Cuarón’s film won the Academy Award for Best Director and a bunch of other awards, this should not be an unforgivable sin. The idea that being in space fighting alternate dimensions is somehow easier than being on Earth dealing with regular problems is a silly attempt to make the characters more relatable and shows an insecurity in the quality of the main story. 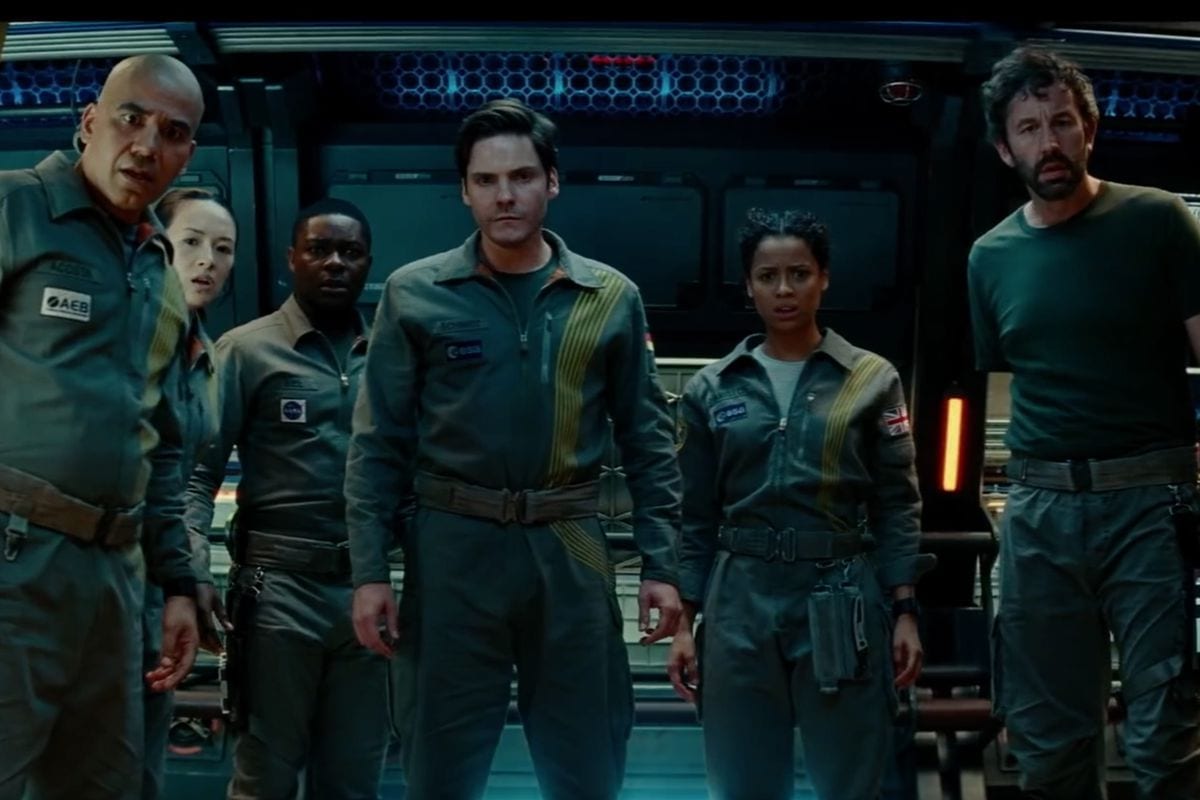 Thankfully, the good things outweigh the bad. The alternate dimension stuff, and particularly the horror elements are all quality. I am capable of taking what I like from a film and discarding the rest. While I admittedly had to discard more than I would have liked, I still enjoyed this movie quite a bit. The scene where the Russian scientist dies is an obvious but engaging and entertaining tip of the hate to Ridley Scott’s Alien. I also love the scene where the crew of the Cloverfield Station find a woman trapped in a wall with wires running through her body. This is a very effective scene and is something that reminded me quite a lot of Event Horizon, Paul W. S. Anderson’s wonderful re-imagining of Solaris as a horror movie. I also loved the scene where Chris O’Dowd’s character’s arm is ripped off, which is at once scary and hilarious. When the crew have to detach part of the station, it is a very tense and well-executed action sequence, recalling Interstellar and 2010: The Year We Make Contact.

So, how does it stack up to the previous two films in the Cloverfield series? Well, it’s not as surprising and overpowering as the original, and not as tight and controlled as 10 Cloverfield Lane. It is, however, a satisfying continuation of the franchise and I really hope that somewhere down the line we get a sequel, which smooths over the rough edges and reaches the potential of the very cool concepts and themes that run throughout the film. The ending is surprisingly bleak, which is generally a good thing in my book, and does recall Prometheus and that underrated classic’s sequel, Alien: Covenant, quite a bit, especially with Mbatha-Raw’s performance. I particularly like the way that none of the sequels to Cloverfield have gone for the same style, and while The Cloverfield Paradox has its share of issues, the freedom to explore new characters and concepts is refreshing and frequently delightful.

The Cloverfield Paradox is then an effective science fiction/horror movie that manages to succeed even while it makes some obvious blunders. The performances are all good, which along with the cool concepts and horror elements, carries the viewer along and manages to entertain in spite of a script that really needed some more work to cohere into something that could have elevated the material into something fresh and unique. There is a lot of skill here, and it is a shame that the movie couldn’t have had a bit more courage to reach beyond the influences and find some new ground. Still, I enjoyed The Cloverfield Paradox, and it is definitely recommended for fans of the movies mentioned here, and those who are already fond of the series. I hope that this team get to make another movie, as I feel a sequel would almost certainly take the good and leave the bad behind. For those who enjoy their science fiction/horror, this is a good use of your time. 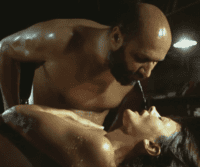