The first teaser for Rob Zombie’s Munsters movie has dropped! The introductory teaser mirrors the opening credits to the beloved sitcom, where a black and white Herman (Jeff Daniel Phillips) crashes through the door to the family’s iconic 1313 Mockingbird Lane estate over the recognizable theme song to the show. Herman’s entrance is followed by Lily’s (Sheri Moon Zombie) and then Grandpa’s (Daniel Roebuck). Grandpa struggles in slapstick fashion by trying to carry a shovel sideways through Herman’s framed cutout in the door.

While the original also introduced the audience to Marylin and Eddie, Zombie’s teaser cuts off there to announce his film is “now in living color.” The three, now in color, sit silently on the sofa in their cobweb-covered home beside a pile of luggage as a clock ticks. Grampa asks, “Well, now what?” and that’s the end. 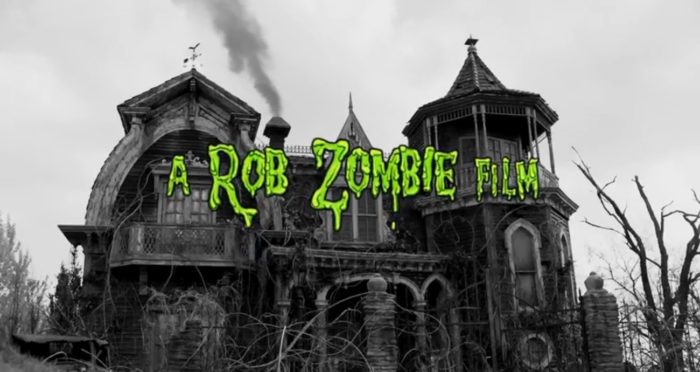 The teaser may only last for a few seconds, but it’s enough to get any fan of The Munsters to start smiling. Zombie seems keen on preserving the fun and silliness of the show, and it comes across in the transformative makeup effects on Phillips and Roebuck, as well as the complete irreverence of this initial teaser. Zombie told Entertainment Weekly,

“I knew that if I went in and demanded ‘This movie’s going to be in black and white or forget it!’ we would not be talking about the Munsters right now, because it would have never happened. I guaran-f***ing-tee it. But what I did do is I made the colors sort of hyper-real. I noticed when the actors were in their makeup and they were just walking around, getting lunch or whatever, they looked like cartoon characters come to life. They were just so insanely colorful. I was like, I have to light the movie in the same fashion. It really seemed at all times like a live action cartoon, which was really exciting.”

The teaser does not detail the exact date of the film’s release, though we expect it will be out this fall.

Zombie has been excellent at keeping fans of the classic sitcom apprised of developments on the set of The Munsters. Whether it’s taking to Instagram yesterday to declare we’d have a teaser today or telling the world back in March about Cassandra Peterson’s involvement in the already robustly assembled monster squad. Cujo star Dee Wallace, Lost‘s Jorge Garcia, Mandy‘s Richard Brake, and original The Munsters star Pat Priest are all featured in the new production. 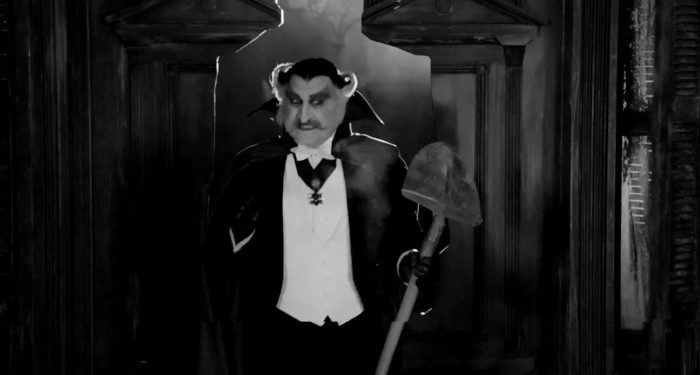 While little has been said regarding the film’s plot, the current synopsis on IMDB suggests a full reintroduction. That means we could be joining The Munsters as they move from Transylvania to their home on Mockingbird Lane. This would also make sense with Petersen’s role being a top real estate agent in Mockingbird Heights.

Fans who want to get a head start on Zombie’s film by checking out the original series will want to head on over to Peacock, where both seasons of The Munsters and the sequel series, Munsters Today, are currently streaming. However, there’s no current streaming available for Hannibal creator Bryan Fuller’s 2012 TV Movie/proposed pilot, Mockingbird Lane. Several Munsters’ films are also available. Munster Go Home! and The Munsters’ Scary Little Christmas are both available for purchase through multiple VOD services, while The Munsters’ Revenge and Here Come the Munsters are currently unavailable on streaming.

The House of 1000 Corpses director, known for his edgy grindhouse and exploitation style, had already said The Munsters would be rated PG long before the teaser highlighted it. Detailing on Twitter his vision of the 1960s show, the film is rated PG for “macabre and suggestive material, scary images and language.” If you’re a hardcore Rob Zombie horror fan, you may be a little disappointed, but this could be an excellent opportunity to introduce your children to the director and enjoy the film together.