2021 was a great year for horror. It gave us a ton of amazing movies that I had an absolute blast watching and reviewing, so when the clock struck midnight on January 1st, I couldn’t help but think about all the films I’m looking forward to in 2022. My most-anticipated list has both big blockbusters and small indie movies, and the first one up is a little film called The Legend of La Llorona.

Directed by Patricia Harris Seeley, The Legend of La Llorona stars Autumn Reeser, Antonio Cupo, Zamia Fandiño, Danny Trejo, Angélica Lara, and Nicolas Madrazo. It’s about the Candlewoods, an American family that goes down to Mexico for a month-long vacation. Carly, the mother of the family, has recently had a miscarriage so she and her husband need a change of scenery. But, unbeknownst to them, their chosen destination is going to bring them face to face with La Llorona, a child-stealing ghost from Mexican folklore.

I thought the trailer for The Legend of La Llorona looked really promising, but unfortunately, the movie did not live up to my expectations. To be honest, I didn’t think it was very good at all and there are three main reasons why. To begin, we have the characters. While the side characters were interesting, the members of the Candlewood family all fell pretty flat for me. For example, take the son Danny. He’s a typical bland child character, so he doesn’t really add anything to the film. He would’ve been perfectly adequate if everybody around him was better, but since they weren’t, you really notice how uninteresting he is. 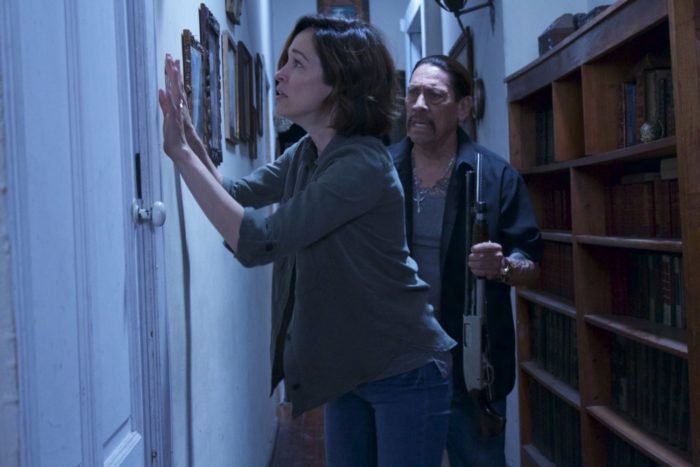 When we turn to his parents, things get even worse. They both start out pretty unlikeable, and while they get better as the movie progresses, they never overcome their terrible first impressions. When the story begins, Carly is a whiny emotional wreck, and even though you totally understand why, the film never really makes you buy into her pain. Sure, it tells you that she recently lost a baby, but that’s all it does. It never lets you see Carly and her husband Andrew before the miscarriage or immediately afterward, so you don’t get a chance to feel how much her loss truly hurts. Instead, she just comes across as annoying so it’s tough to forge any real emotional bond with her.

Along similar lines, her husband comes across as a huge jerk. He’s not abusive, but he’s nowhere near as supportive as a husband in his situation should be. He’s a bit selfish and self-centered, so you don’t really like him very much either.

Like I said before, Carly and Andrew both get better as The Legend of La Llorona goes on, so after about 20 or 30 minutes, you don’t hate them nearly as much as you did at first. But by that point, it’s too little too late. They never become more than decent enough, so it’s tough to get invested in them. I found the side characters much more engaging, but this is the Candlewoods’ story, and since I didn’t care much about them, I had a hard time caring about the film in general.

On top of the poor characters, the horror in this movie is also pretty underwhelming. In particular, whenever La Llorona was on screen, she took me out of the story a bit. Most of the time, when you see her, she’s shrouded in a completely unnecessary cloud of CGI, and it looks as bad as you’d expect. Then, when they finally get rid of the CGI, La Llorona always has a weird snarl on her face, and it makes her look like a silly pro wrestler. The film just never gets the character right so it’s hard to take her seriously as a legitimate, scary threat. 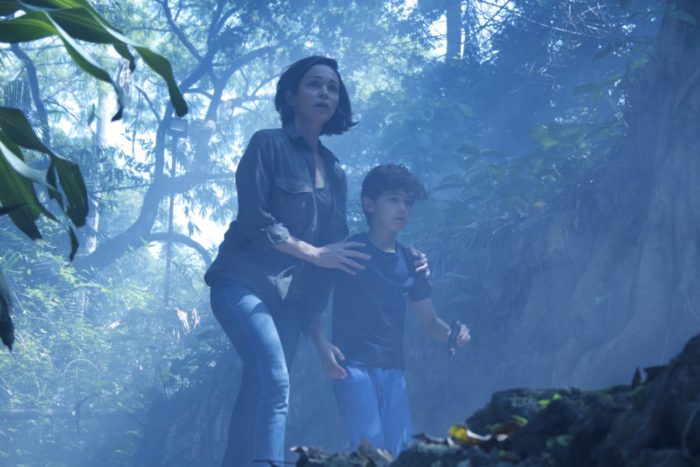 Last but not least, The Legend of La Llorona also features a major subplot involving a cartel, and while it eventually makes a bit of sense thematically, it’s completely unnecessary. It doesn’t add anything to the story, and every time the movie focuses on this element it just feels like a waste of time. In fact, as much as I didn’t like the rest of the film, every time the cartel was on screen, I found myself looking at my watch and hoping it would go back to the main storyline soon.

All that being said, I do have to give The Legend of La Llorona credit for one thing it gets right that the vast, vast majority of other movies don’t. The characters speak a lot of Spanish in this film, and as someone who grew up in a bilingual family, I really appreciated that. See, a lot of other movies would’ve had the Mexican characters speak to each other in English all the time, but not this one. They only speak English when they want the American characters to understand them, but the rest of the time, they speak to each other in Spanish. That’s how real native speakers of other languages often talk and I loved the way this movie incorporated that into its script.

But unfortunately, that one strength is far outweighed by all the film’s weaknesses, so at the end of the day, I simply can’t recommend The Legend of La Llorona. It has poor characters, a poor villain, and an unnecessary major subplot, so while I loved how much Spanish was in the movie, on the whole, it starts 2022 off with a whimper instead of a bang.

The Legend of La Llorona comes out in theaters on January 7, and it hits VOD on January 11.