There are few actors who’ve had as profound an effect on the horror genre as Boris Karloff. He played Frankenstein’s Monster in the 1931 classic Frankenstein and its first two sequels, and his version of the character has indelibly imprinted itself on our collective consciousness. When people today think of the monster, they think of Karloff’s iteration, not the original one in Mary Shelley’s book, whether they realize it or not. That alone makes him one of the greatest actors the genre has ever seen, but his legacy goes far beyond just a handful of movies in that one franchise.

After getting his big break in Frankenstein, he starred in many, many horror films over the next few decades, and he showed a surprising range that you might not expect from a man known primarily for playing an inhuman monster. He could pull off whatever tone his films required of him, whether it was comedic, terror, or anything in between, so in my opinion, Boris Karloff isn’t just one of the greatest horror actors of all time. He’s one of the greatest actors to ever grace the big screen in any genre, and a brief look at some of his best movies will show just how talented he really was. 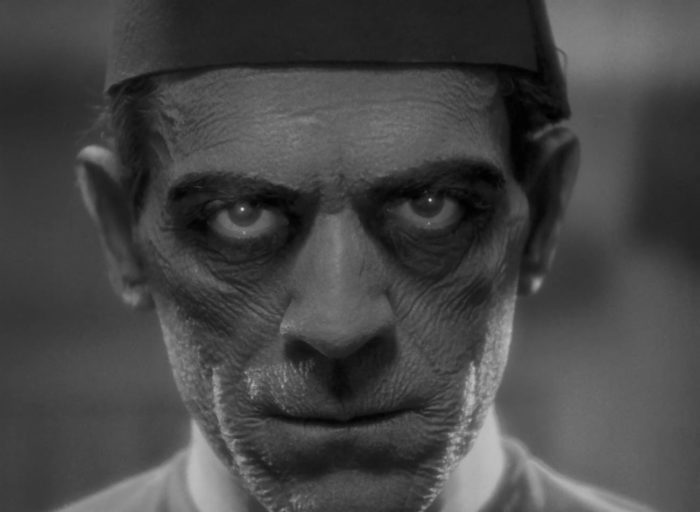 While Boris Karloff is most famous for playing Frankenstein’s Monster, that wasn’t the only classic Universal monster movie he starred in. He also played Imhotep, the titular villain in The Mummy, and as usual, he absolutely nailed it. Unlike most mummy films, the monster in this one doesn’t limp around with bandages hanging off him so Karloff’s performance isn’t what we might expect at first. Instead, he looks and acts more or less like a normal human being, but there’s something just the slightest bit off about him.

Both his speech and his movements are very subdued so he often comes across more like a frail old man than a terrifying monster. It’s pretty disarming, and it’s all too easy to underestimate this creature—but don’t be fooled. Beneath that seemingly feeble exterior lies a powerful supernatural being who’s confident and determined, and he can exude an almost irresistible sense of power and authority when he wants to. In his own way, Imhotep is just as intimidating as any of Universal’s other monsters, so while he may not be as viscerally terrifying as, say, Frankenstein’s Monster of the Wolf Man, he’s no less effective.

On top of all that, there are also times when Imhotep is unexpectedly tender and caring. One of the characters in The Mummy is the reincarnation of Princess Anck-su-namun, Imhotep’s long-lost love from his first life, and when he interacts with this woman, you can see just how much he truly loved the princess. He’s been waiting thousands of years to see her again, and you can feel every ounce of his pain in Karloff’s performance. It’s actually quite moving at times, and it adds an important touch of humanity to this otherwise devilish creature.

These seemingly opposed qualities come together perfectly to make Imhotep one of the best monsters ever seen on the big screen, and it’s all thanks to the man behind the makeup, Boris Karloff. He pulls off this delicate balancing act with ease, so you completely buy into him from start to finish. He’s a huge part of the reason why The Mummy is such a timeless classic, and his performance in it shows that he was way more than just a one-trick pony. 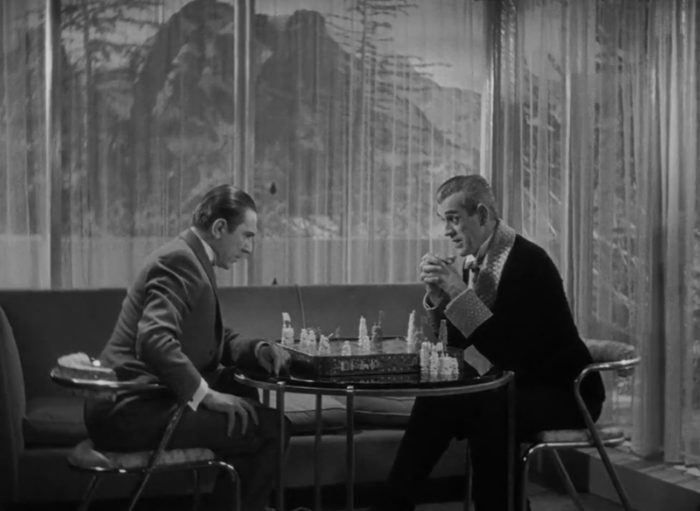 The Black Cat was the first time Boris Karloff ever co-starred with Bela Lugosi, and it’s hands down their best collaboration. Every other time they shared the screen, one of them always got a much meatier role than the other, so they never got to show off their acting chops on an even playing field. But The Black Cat is different. In this movie, they get equal opportunities to shine, so we get to see them both at their very best.

The film is perhaps the first psychological thriller ever made, and it’s about a newlywed couple and a man named Vitus Werdegast (Lugosi) who take refuge in the house of Hjalmar Poelzig (Karloff) after a tragic accident on the road. Initially, Poelzig seems like a very hospitable host, but something about him isn’t quite right. He doesn’t do or say anything too out of the ordinary, but his mannerisms subtly tip you off to his character’s evil intentions. He’s almost a bit too nice, so you begin to suspect that he might not be entirely genuine.

But until the movie pulls back the curtain and lets you in on one of its big secrets, you can’t be sure. Karloff walks a very fine line between villainy and friendliness, and you don’t know which side he’s going to fall on until he wants you to. Then, when those sinister undertones finally rise to the surface and become clear, Karloff’s performance gets even better. He lets you know without a doubt that Poelzig is the bad guy in this story, and he absolutely relishes the role. He’s the kind of charismatic villain you just can’t help but love, and if he weren’t evil, you might even want to sit down and have a drink or two with him.

Simply put, this is a total powerhouse of a performance, and one of the best things about it is that the character is an ordinary human being, not a supernatural monster. When most people think of Boris Karloff, they think of films like Frankenstein and The Mummy, but The Black Cat shows that there was a lot more to him than just the Universal Monsters. He could play normal humans just as well as he could play fiendish ghouls, and that versatility is a huge reason why he’s one of the greatest actors of all time. 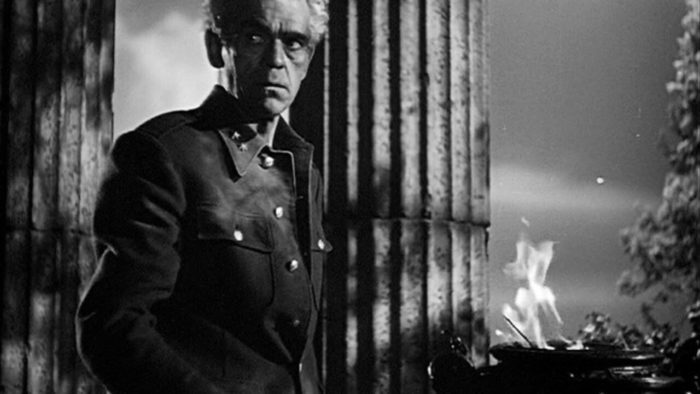 Boris Karloff is most often associated with the Universal horror movies of the 1930s and 1940s, but Universal wasn’t the only studio that brought him back for multiple genre films. When the legendary Val Lewton made a series of iconic horror movies for RKO, he brought Karloff on board for a number of them, and my favorite Lewton-Karloff collaboration is Isle of the Dead.

In this film, Karloff plays a general named Pherides who goes to an almost deserted island to visit his wife’s grave. While he’s there, a deadly plague spreads among the small handful of people in the place, and a doctor orders them all to be quarantined. Initially, Pherides seems to take the situation in stride, but he soon becomes convinced that the plague is being caused by a mythical creature called a vorvolaka. He believes one of the people quarantined with him is the monster, and in his attempt to defend the others, he descends into the depths of madness.

There’s a lot to like in Isle of the Dead, but in my opinion, the best thing about it is Boris Karloff’s fantastic performance. At first, his character seems normal enough, and he’s a staunch defender of reason against the people who think the plague is the work of a vorvolaka. He firmly believes in the power of science and medicine but soon enough he too gets caught up in the hysteria and takes a Jack Torrance-like dive into insanity. Karloff gets better and better as Pherides gets crazier and crazier, and soon enough, you’ll find that you just can’t look away whenever he’s on-screen.

It’s one of the best descents into madness I’ve ever seen, and it puts yet another feather in the cap of the great Boris Karloff. We already knew he could play monsters and fiendish men who relish their evil, and Isle of the Dead shows us that he was also able to play good people who just go a little mad sometimes. 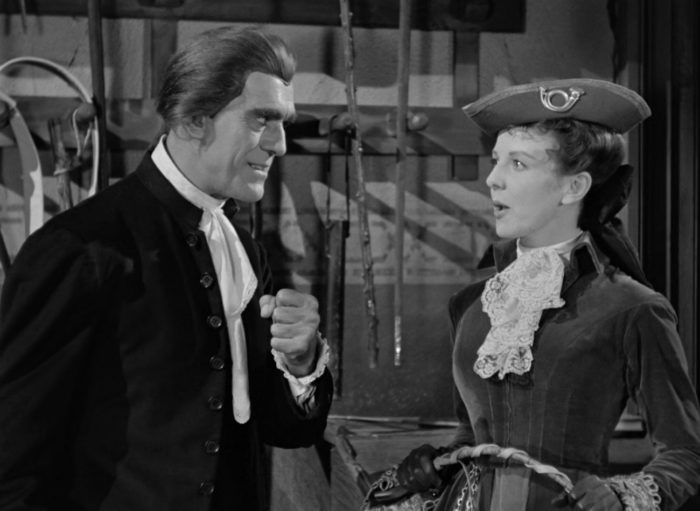 Bedlam is another Val Lewton film, and in this one, Boris Karloff plays George Sims, the corrupt head of a mental institution called Bedlam. He treats his patients like animals, and when a good-hearted woman tries to get him to change his ways, he has her declared insane and committed to his care. However, his plan backfires, and the woman quickly persuades the other patients to turn on him in a brutal way.

When we first meet Sims, he’s basically groveling before an important politician named Lord Mortimer, and you can immediately tell that there’s something a bit off about him. He’s acting like the nicest guy in the world, but he does it in such a way that you know he’s simply trying to curry the lord’s favor. Nothing he says or does feels genuine, and when he goes back to Bedlam, you see him as he truly is.

In reality, Sims is cruel, uncaring, and appears to take a perverse sort of delight in treating the people around him like garbage. He’s like a bully who acts nice when his parents are around, but the second they look away, he goes right back to tormenting the other kids.

As you’d probably expect, Boris Karloff pulls off both sides of the character perfectly. He seamlessly shifts back and forth between sycophant and tyrant, and he makes Sims almost equally contemptible in either capacity. It’s an impressively versatile performance, and it shows once again that Karloff wasn’t merely a great horror actor. He was simply a great actor.

Boris Karloff starred in a few movies called The Raven, but the one I’m talking about here is the 1963 Roger Corman film loosely based on the Edgar Allan Poe poem of the same name. It’s a fantasy-comedy that takes a few details from the poem (like a raven and a man who misses a woman named Lenore) and crafts an entirely different story, and in addition to Karloff, it also stars Vincent Price and Peter Lorre.

In this movie, Karloff plays a wizard named Dr. Scarabus who hosts some guests at his house, and among them is another great wizard, Dr. Craven, played by Vincent Price. At first, Scarabus seems like a perfectly hospitable host, but when Craven and his companions uncover the man’s evil secrets, the two sorcerers face off in a magical duel for the ages.

The Raven is a very lighthearted film, so even though Scarabus is the villain, he’s not really scary or intimidating. Instead, Karloff plays him with an air of delightful whimsy, and there’s always a slight twinkle in his eye no matter what he does. You can’t help but be charmed by just about every move he makes, so regardless of what’s happening on screen, you always enjoy watching Dr. Scarabus work his magic (both literally and figuratively).

It’s a nice change of pace for Boris Karloff, and it shows yet another facet of his seemingly endless acting ability. We don’t normally associate him with playfulness and comedy, but The Raven shows that he could pull them off just as easily as he could horror and madness.