Iconic Monsters is now available as an episode of Planet Grindhouse, part of the Horror Obsessive Radio network.

Monsters. They are the heart and soul of every single horror movie. Whether they’re created in a lab, are a haunted house possessed by demons, or a deranged scarred maniac stalking your dreams, without monsters at the forefront horror movies would just be about a group of people doing everyday things with no imminent threat to their welfare. And we couldn’t have that now, could we? So in celebration of the ghouls, the beasts, and the things that go bump in the night, I’ve decided to compile a list—or three, depending on how well this one goes—celebrating what I consider to be the Top 10 Iconic Monsters from a specific period.

Now, remember, this is my own opinion and even though I doubt everyone reading this will agree with me, I’m not trying to put the cat among the proverbial pigeons with my choices. Yet having spent the best part of half a century—or at least from an age where I knew what scary ass monsters were—hiding behind sofas and pillows, drinking in the late-night madness glaring out at me from my TV screen, I feel as if I have enough knowledge to at least offer up who I consider to be the Top 10 Iconic Monsters of All Time.

So let’s step through the door, into the fog, and try not to get eaten along the way. 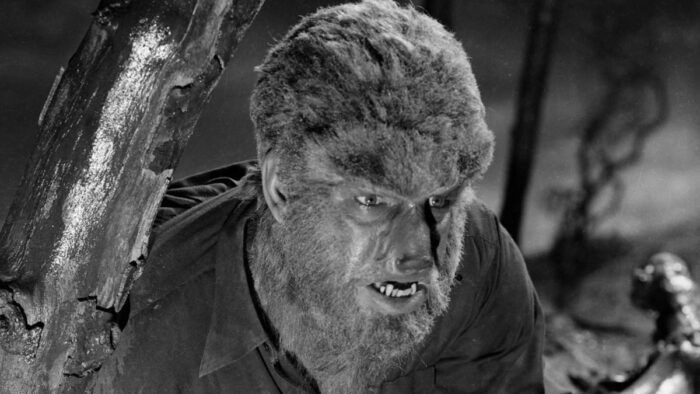 For anyone who’s been unfortunate enough to have only watched the 2010 version of this character, you may find yourself wondering why The Wolfman deserves to be anywhere near this article, but there was a time when The Wolfman was considered a cornerstone of horror movie legend, and one of the most terrifying monsters to ever grace the silver screen.

That time was 1941 and even though Universal’s film was a bog-standard werewolf tale: a man gets attacked by a beasty with sharp pointy teeth and at the next full moon goes all feral and bitey himself, before they finally put him down. It was the performance of Lon Chaney Jr. as the tragic lead, Larry Talbot, and the stupendous makeup of Jack P. Pierce that means that this dog will never get taken out behind the woodshed. 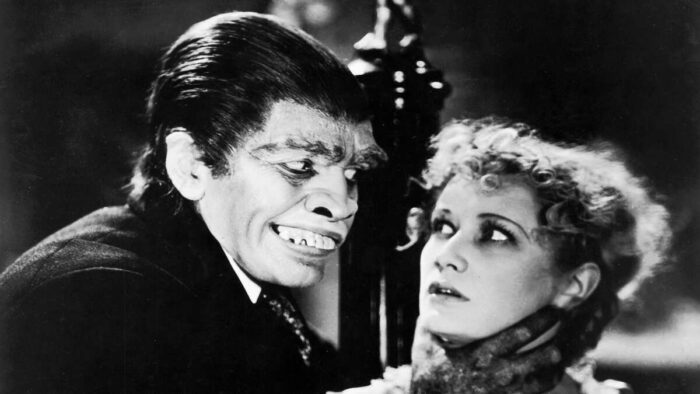 Robert Louis Stevenson’s 1886 Novella, The Strange Case of Dr. Jekyll and Mr. Hyde, has had a pretty fair representation on film over the years, but the image above is the one that nearly every horror fan remembers, and with good reason.

The 1931 Paramount picture might not have aged well in some eyes, but there is no doubt that Jekyll’s transformation into the monster Hyde—both played to perfection by the brilliant Fredric March—still stands the test of time. The use of colored make-up and filters slowly reveals the good doctor becoming his evil half and when we finally get our first look at Hyde, designed by Wally Westmore, even today it’s pretty damn breathtaking.

And just think, when MGM bought the rights to the property they demanded that every copy of the 1931 version be destroyed, so they could rewrite history with Spencer Tracy. Thank God a few of them survived. 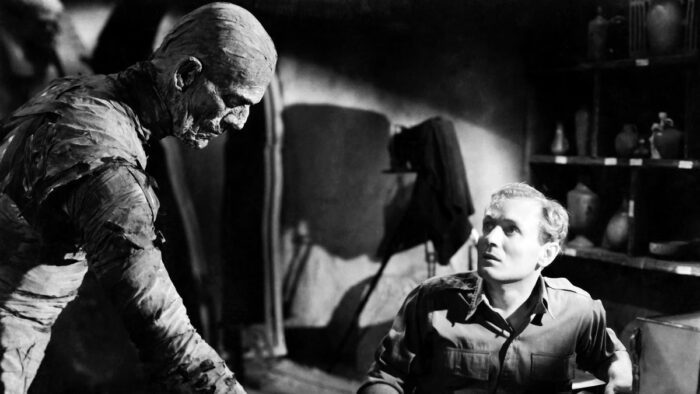 Before we go any further, can we all agree that the Brenden Fraser franchise was the last time that Universal tried anything with the wrinkled old corpse of The Mummy? Y’know, maybe that way we can ignore the utter abortion that was Tom Cruise destroying any chance of a Monsterverse before it got off the slab.

Ever since Boris Karloff shuffled out of his sarcophagus back in 1932, I’ve always had a soft spot for this character. He shouldn’t really be scary. After all, the dude has a top speed of a glacial drift so as long as you can walk at least somewhat quickly, you should be alright, but there was something so intimidating in the way that Karloff played the character that this undead nightmare has been around for 90 years now

But it wasn’t just Big Boris that would do The Mummy justice, as the Hammer Horror version with Christopher Lee in the bloody bandages is still as fantastic today as it was in 1959, even if Lee hated the role with a passion due to the costume he was forced to wear. 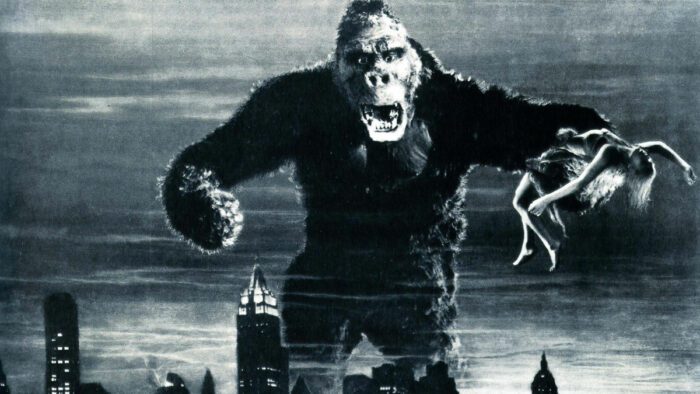 Fay Wray screaming and fainting all over the place, dinosaur fights, and a giant bloody monkey climbing up the side of the Empire State Building. King Kong is the definition of a classic monster movie.

I can’t imagine what it must’ve been like to see the giant ape brought to life on the big screen in 1933, but considering that nobody had ever done anything like it before, it must’ve been pretty brown trouser-inducing. In fact, so good was Willis H. O’Brien’s work on this film that it inspired a young Ray Harryhausen to take up the art of model making and stop-motion animation as a career, and even though it does at times looks a bit jerky by today’s standards, I’d take this version of everyone’s favorite gorilla over whatever that sh*te was Peter Jackson forced upon the world in 2005. 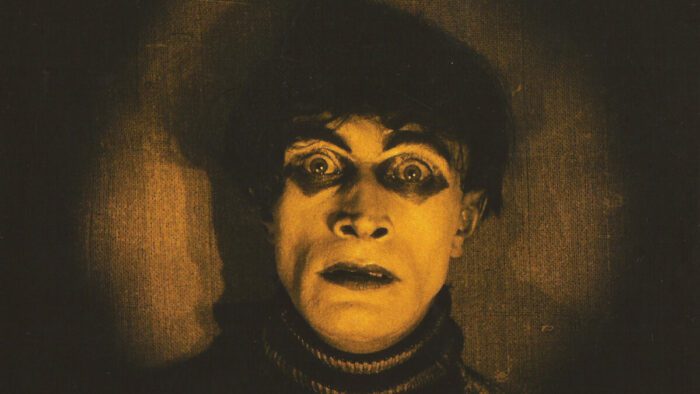 The Cabinet of Dr. Caligari is one of my favorite horror movies of all time. Everything about it is perfect and designed so that it overwhelms the senses each time you watch it. The sets are done in such a way as to give you the feeling of being trapped while in an open space, the make-up and shadowing on the cast—and the scenery— are all hand painted, and the performances are the most exquisite blend of chilling and downright horrifying. And taking pride of place in the center of all of this is The Somnambulist.

Played by Conrad Veidt, The Somnambulist—a man called Cesare—is supposed to be in a state of perpetual sleep. What he really is is the prototype for every zombie ever made, even if he has more flesh on him. He moves slowly, almost shambling from crime to crime, and even if he doesn’t have a taste for brains, just his presence is enough to strike fear deep inside you. 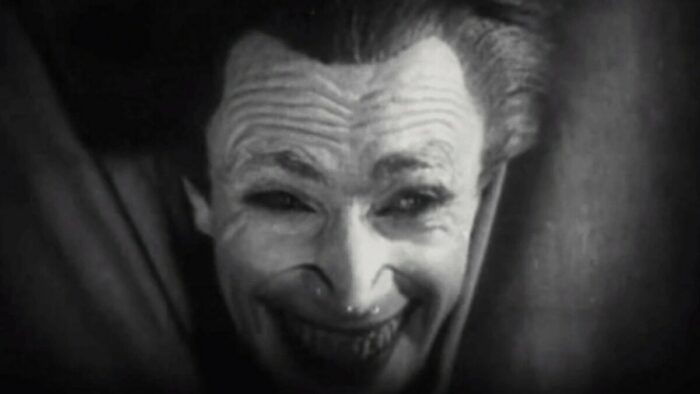 More Conrad Veidt goodness now, and a movie that might cause some consternation among you classic horror movie fans out there. Is The Man Who Laughs a true horror movie? Or is it a romantic drama?

For me, it’s the former, as straight from the outset we’re informed that Gwynplaine has had a grin permanently carved into his face by King James II after his father, Lord Clancharlie, returned from exile without permission. And taking into consideration here, that Gwynplaine is just a small boy, that’s pretty damn horrific. But if that’s not enough for you, just look at him. His face being permanently frozen into a hideous grin, the wild staring eyes, and the “Holy crap, what the hell is that!” reaction his appearance instills in everyone he meets.

Gwynplaine himself might not be your traditional monster, but he has those tendencies within him. Besides, any character that became the main influence on the greatest comic book villain of all time, The Joker, can’t be truly pure of heart. No matter what The Man Who Laughs tries to claim. 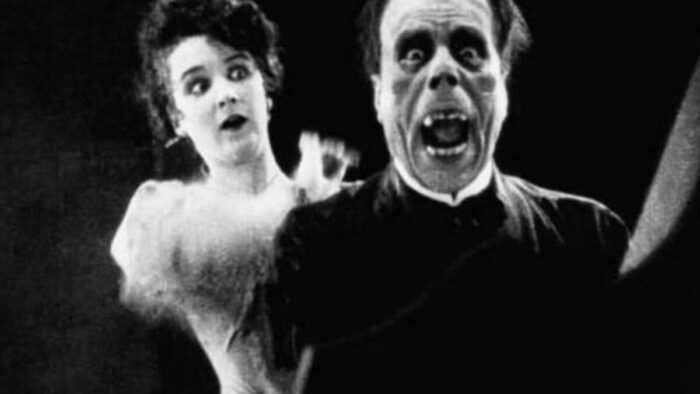 It was only a matter of time before Lon Chaney Sr. appeared on this list, and boy oh boy, what an appearance it is. Even to this day, the first reveal of The Phantom creeps me the hell out. Chaney’s make-up work is superb, as you would expect from someone called “The Man Of A Thousand Faces,” but it wouldn’t have been worth the grease paint it was applied with if he didn’t have the acting chops to back it up. Fortunately, he did.

What makes his performance in The Phantom of the Opera even more surprising was that he, the cast, and the crew utterly despised the director, Rupert Julian, to the point that Chaney stopped talking to him. This led to The Director of Photography Charles Van Enger acting as a go-between and whenever he told Chaney what Julian expected of the actor, Chaney would reply:

Tell him to go to hell.

Before doing what he wanted instead. 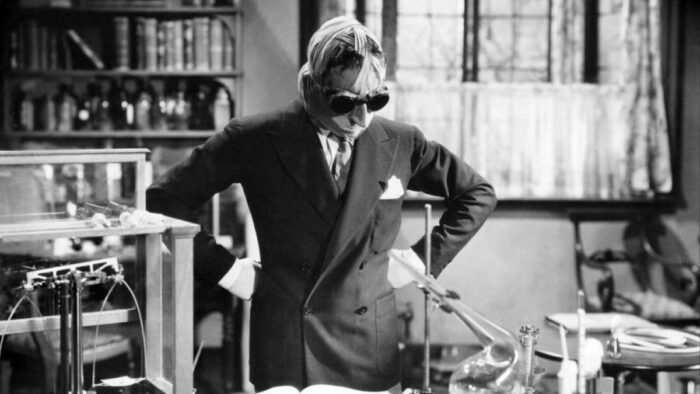 I was contemplating whether or not I should include Claude Rains in this list, as for a big enough chunk of the 1933 movie, The Invisible Man, he’s…well…invisible. But then my head kicked into gear and informed me that “Yes, yes you should include him, stop being a bloody idiot.” Just because you can’t see a monster, doesn’t mean that it’s not there, and even though Dr. Jack Griffin starts out with good intentions, as he spends more and more time as his invisible self he slowly but surely succumbs to madness. Madness in which brings out the monster within.

Rains is fantastic in a role where he spends about half of his time swaddled in bandages and the other half off-screen, and his maniacal laugh is still the standard bearer for every crazy person in every horror movie since. His final death scene is one of the greatest ever committed to celluloid with his passing finally allowing him to return to a whole human again, and the genius of Rains is seen in the fact that he had to act and get across what he was trying to emote while not being present. It truly is amazing. 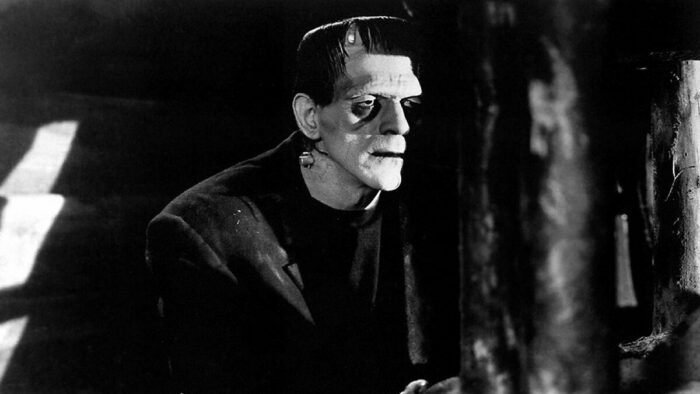 Though the Universal version of Mary Shelley’s iconic book takes a few liberties with the plot, this version of Frankenstein’s monster is the one that will carry on through the annals of time, until the planet goes poof when the sun burns out. And it’s not hard to see why.

The combination of Boris Karloff’s breakout performance—turning him into an overnight sensation at the age of 44 who’d been in and around Hollywood since 1919—with him managing to give remarkable depth to the tortured creature, and Jack P. Pierce once again nailing the make-up, has helped The Monster still remain relevant today. And if you don’t have at least a poster or a t-shirt with his face looming out at you, then can you really call yourself a horror fan? 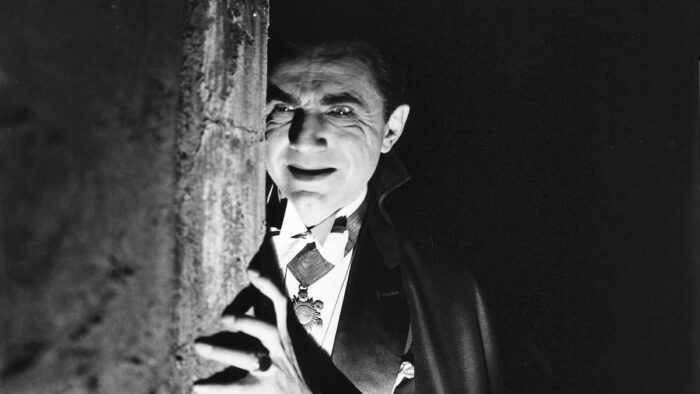 Bela Lugosi never managed to shake The Count and spent the rest of his career typecast as a villain and even though that was a tragedy for someone who considered himself a serious actor, for fans of the macabre it’s not difficult to see why. Dracula is the ultimate monster.

A blood-sucking vampire, the personification of evil, who has only one thing on his mind, to turn the world into a land of the dead, Lugosi nails his performance so perfectly that if horror movies were an Olympic event, he’d have scored tens across the board. No matter how many times they try and change the formula, no matter how many times they turn vampires into sparkly idiots and fops in frilly shirts, no matter how much scenery Gary Oldman and the like chew their way through, like Karloff’s Monster before him, Dracula will always be associated with one man, and that man is Bela Lugosi.

Nothing you can be is more terrible than what I am...