I don’t know about you, but my high school experience was awful. I was one of the outsiders who came from a private school—I graduated eighth grade with three other students—and was immediately thrown into a public school with a freshman class of 500. Cliques were already formed, and I was on my own until I met another girl from another private school, and we became best friends. 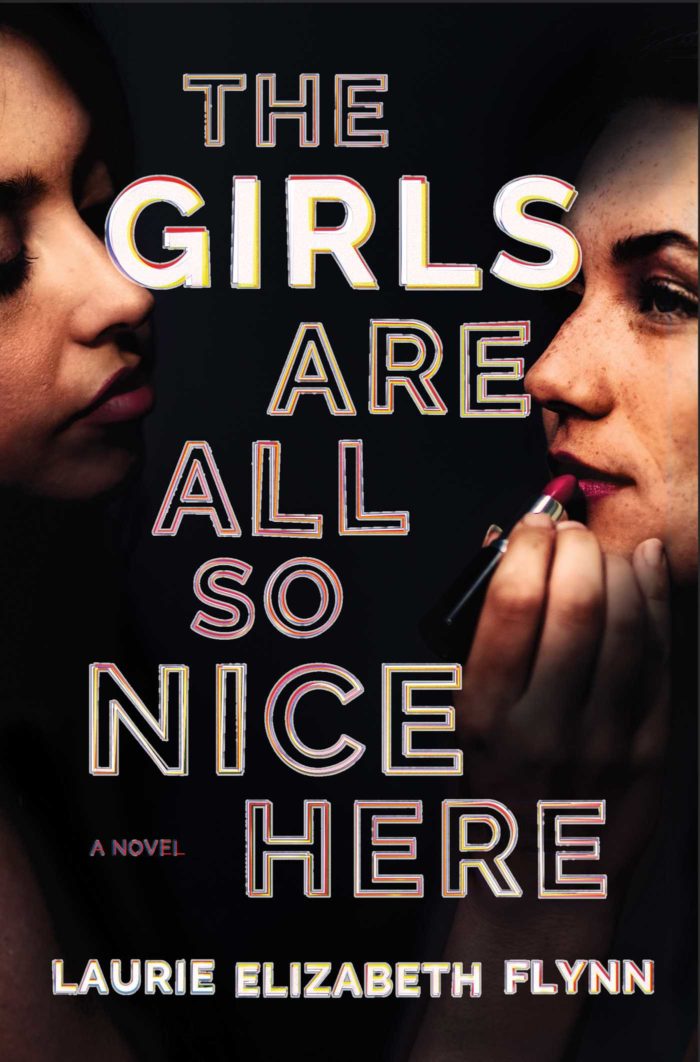 Laurie Elizabeth Flynn’s novel, The Girls Are All So Nice Here, discusses the idea of the outsider looking in, except instead of high school, this tells the story of how horrible college girls can be to each other. The plot surrounds two former best friends who are baited into attending their college reunion when they receive anonymous notes talking about a horrible deed they did they did 10 years ago. I don’t know about you, but I would be throwing those notes away and not attending that reunion. But then, of course, we wouldn’t have a story full of twists and turns and significant suspense.

Ambrosia Wellington is the main character of the novel. Ambrosia, or Amb as her friends call her, has worked hard to shed her past life. She has a respectable job and a wonderful husband, but she begins receiving notes just before her reunion saying, “We need to talk about what we did that night.” She assumes it was her then-best-friend, Sloane “Sully” Sullivan with whom she got into very grown-up trouble. Sully was one of those friends who would try anything and would somehow talk you into doing it with her even though you knew no good was going to come of it. However, once Ambrosia makes it to the reunion and the messages become worse, it is clear that Sully isn’t the one sending them, and someone wants to know more than just what happened. They want revenge and will stop at nothing to make things “right.”

The thing about Ambrosia and Sully is that Ambrosia doesn’t really like her “best friend.” She feels compelled somehow to be friends with her and seems to be drawn to the danger that Sully’s friendship provides. Before meeting Sully, Amb was a quiet girl who kept to herself and toed the line. She was a straight shooter if you will. However, in Sully’s world, she was considered boring. Upon introduction, Sully took it upon herself to ensure that Amb’s college experience was one she would never forget, and instead of running the other way, Amb follows Sully directly into the mouth of hell. Sully is the one who pushes Amb to do things that she knows are wrong, but Amb feels compelled to do them anyway to show this girl that she is capable of living up to her expectations. Some readers might not understand this dynamic, but I feel like most women have had friendships like these in their lives. They may not necessarily like the other girl, but they don’t want the other girl to not like them. It’s a strange situation of frenemies that society creates, pitting girl against girl when we should really be lifting each other up instead of dragging each other down.

The book is well-written and immediately engrossing. I often found myself losing hours turning pages and getting sucked into the “just one more chapter” mindset. Flynn artfully flashes between present-day and past events without ever confusing the reader regarding the timeline. What’s more, she makes you remember what it was like to be a young girl who wants nothing more than to be a part of something and yet loses herself to get there.

Flash back to your adolescence and the people you knew. There was always that one girl like Sully who was uncomfortable in her own skin and therefore self-destructive and would do anything to take someone down the rabbit hole with her. There was usually the girl, in this case, her name was Flora, who was sweet and gentle (she made me think of the first verse of Tom Petty’s song, “Free Falling”) who gets taken advantage of and hurt in the process—an innocent bystander. There are myriad stories of mean girls, but this one comes from one of those girls and offers a glimpse into the mind of someone who loses herself to become one of the crowd—a crowd that is more akin to the group from Heather’s than that of Mean Girls. In other words, a dark and sinister crowd.

The Girls Are All So Nice Here is the latest offering from Laurie Elizabeth Flynn and was released in March 2021. This is her first piece of adult fiction and follows her young adult novels (under the name L.E. Flynn) including, All Eyes On Her, Last Girl Lied To, and Firsts. Flynn is a former model who lives in London, Ontario. The Girls Are All So Nice Here became a bestseller in Canada and has been optioned for television by AMC.