In a recent article discussing the trailer for V/H/S/94, I posited from the release of the trailer alone that found footage wasn’t dead. Well, I was right. Films like Be My Cat: A Film for Anne, The Gallows (part 1 and 2), and The Haunting of Grady Farm, just to name a few, gave found footage a bad name for productions ranging from no money to productions with studio budgets. It was really seeming like found footage was over. I am making no hyperbole when I say this, but V/H/S/94 may be one of the finest examples of what a found footage movie can be. The writers and directors of each segment show their competency and strengths to create interesting, and most importantly, entertaining horror segments. Anthology films seem to typically have one or two standout segments and are padded out with fluff to make the a theatrical runtime. For V/H/S/94, every segment is a standout segment.

All hail Raatma! “Storm Drain” is a story about a reporter who is following a story about mysterious sightings around town for something called Ratman. As with most storylines about reporters doing stories on things, they go a little too far with their research, proving to possibly be detrimental to their and others’ lives. This segment is a fantastic way to kick off the movie. It has some wonderful world-building for the mysterious Ratman, without an annoying amount of exposition, as well as fantastical practical gore effects! I can see this segment becoming a fan favorite.

The camera element, which is an important setup for all found footage, makes sense and is completely believable, especially when the camera is being used as a flashlight. The practical effects are gnarly, including face melt that will be in the horror halls of history. “Storm Drain” is a powerful opener, setting the bar high for the rest of the film.

“The Veggie Masher,” written and directed by Steven Kostanski 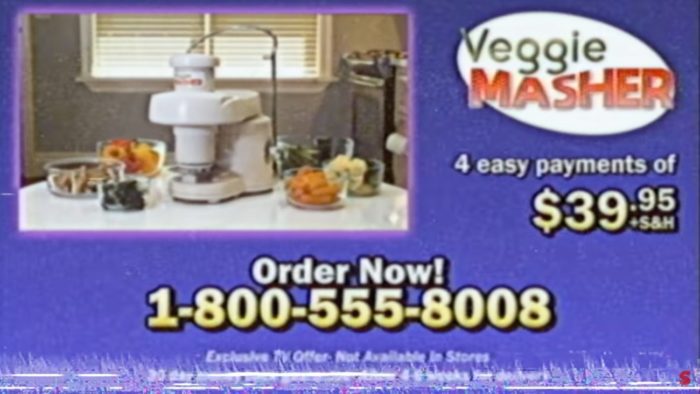 “The Empty Wake,” written and directed by Simon Barrett 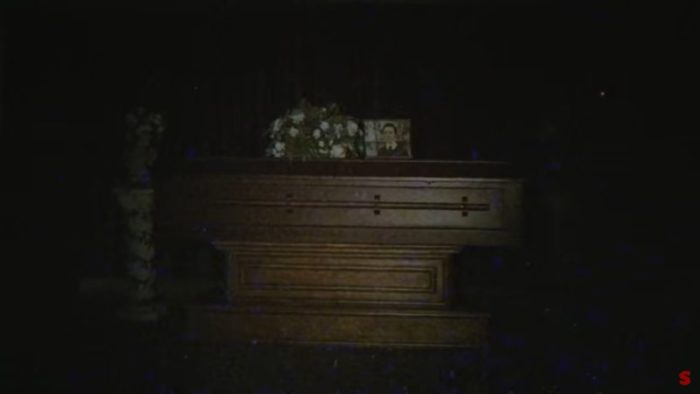 Simon Barrett quickly became a name for modern horror throughout the early ’10s with his films like A Horrible Way to Die, You’re Next, V/H/S, and The Guest. His newest film Seance is quickly gaining a lot of traction within the genre. His segment may very well be the most frightening in the film. What starts as a young woman working a wake that is very sparsely attended turns into a night of terror and trauma. I don’t want to give too much away, but just like “Storm Drain,” the practical effects in this are absolutely bone-chilling (and if it wasn’t practical effects, they did a damn good job of making it look practical). The terror that resides in the subtle thump from inside a coffin would shake anyone to their core.

“The Subject,” written and directed by Timo Tjahjanto 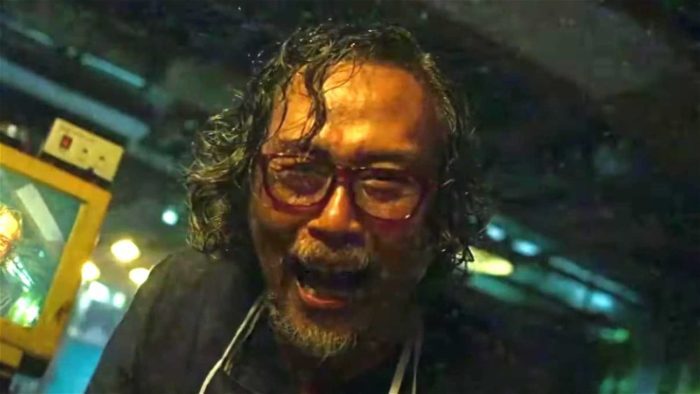 Indonesian filmmaker Timo Tjahjanto has proven himself a force to be reckoned with his films May the Devil Take You, Macabre, and his segment from V/H/S/2 “Safe Haven.” “The Subject” is an extreme body horror that quickly goes from 0 to 60 and does not let off the throttle. A deranged doctor performs heinous Dr. Frankenstein acts on humans he kidnaps, turning them into creatures of his design. The only film that I have ever seen that remotely broaches this topic is Frankenstein’s Army, but I honestly think Tjahjanto does an even better job with his mecha-humans. One of his creatures, an arm-sworded man, goes on a bloody killing streak as our protagonist desperately tries to make it out of the doctor’s seemingly endless lab.

While you can feel, and see, a bit more visual effects in this one, it’s not really a detractor at all. “The Subject” is a no holds barred tour de force full of body horror, gore, and impeccable creature designs. As “Safe Haven” was for V/H/S/2, “The Subject” is my absolute favorite segment for V/H/S/94. 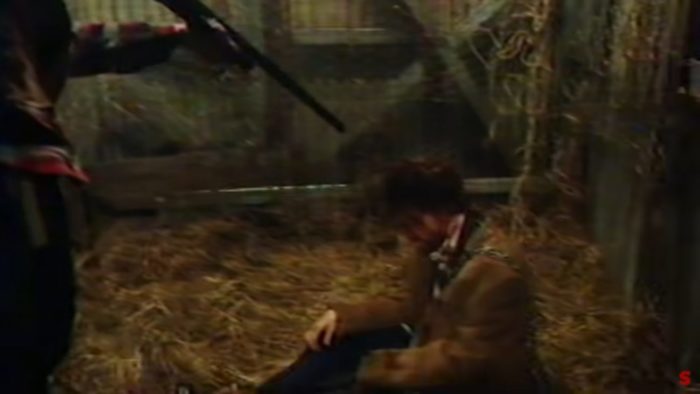 After the failed January 6th insurrection, the attempted kidnapping of a Michigan governor, and the unfortunate rise of white supremacists and neo-Nazis in America, this segment really hits different. “Terror” feels real. It feels like it’s something you should not be watching…it feels like a recruitment tape. Prows does such an amazing job with this politically poignant piece, such a good job that it became uncomfortable for me to watch. I had to pause it three different times. “Terror” is about a group of violent extremists who want to blow up a federal building, that they believe is full of Lizard People-esque “monsters,” which is an anti-Semitic ideolog, making this crew even more deplorable.

There is one fantastic moment where the militia is putting together the wooden box that they will transport their “secret weapon” in, which has “Guten Morgen” written on it, and the box hilariously falls apart. This really humanizes them, makes them look like oafs, and feels like a statement reminding us that these people are our neighbors. “Terror” may be the segment with the most political commentary out of the entire franchise. 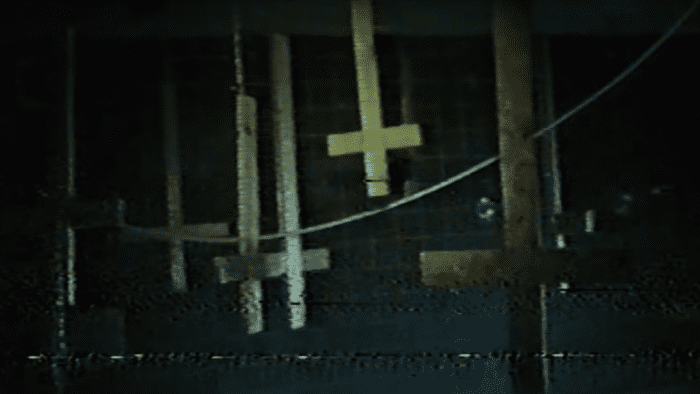 The wraparound story is wildly entertaining and a complete romp. A SWAT team raids a cult, and unfortunately for the SWAT team, the cult members have already taken their own lives. There is such an insane twist that I did not see coming from a mile away, and it was absolutely fantastic! Jennifer Reeder sets up the entire film, and ends it with such grace and brute force. “Holy Hell” may be the best wraparound story out of all of the films. Oh, and there is a mannequin room that will haunt my nightmares for years to come.

V/H/S/94 has proven itself to be one of the most visceral and horrifying found footage AND anthology films made to date. It is violent, nasty, disruptive, far-out, and all-around terrifying. You can stream it on Shudder, and I highly recommend it.