Oh Blumhouse, you’re at it again. As a huge Blumhouse fan, I was initially thinking covering this film would be a little bit biased, but I made a promise to myself to be completely impartial. I absolutely loved the Into the Dark series and thought it was an incredibly creative idea. Releasing one horror film a month relating to that month’s respective holiday? Sign me up. (Good Boy, Pure, and Culture Shock were my favorites). After two seasons of Into the Dark, it sadly came to an end. This is when Welcome to Blumhouse came to be, the title of this series being very apt. While Blumhouse has released some heavy hitters like Get Out, Split, Sinister, and Freaky, for the most part, they have consistently produced fun and accessible horror for all types of audiences.

Cut to Season 2 of Welcome to Blumhouse. As stated earlier, the name for this series is very apt, as if you’ve never heard of Blumhouse before, these films are a great introduction to the production company and will give you a solid understanding of what is to come from them. Bingo Hell and Black as Night are the first two episodes of Season 2. So, how is Bingo Hell? Let’s get into it. 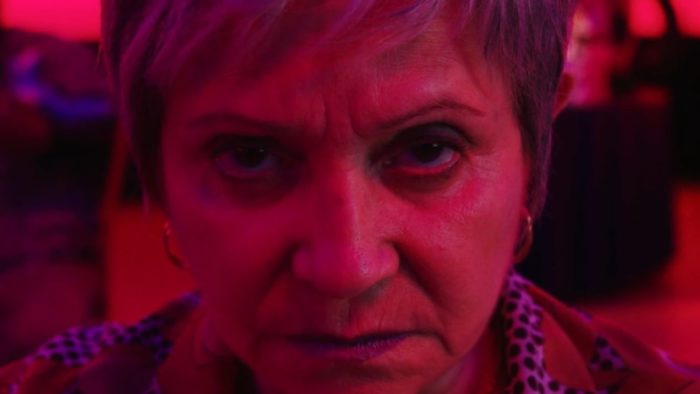 In the Barrio of Oak Springs live a strong and stubborn group of elderly friends who refuse to be gentrified. Their leader, Lupita, keeps them together as a community, a family. But little did they know, their beloved Bingo hall is about to be sold to a much more powerful force than money itself. —IMDb

Season 2, or the second set of releases, is seemingly more focused on race, xenophobia, personal fears, and, as seen in Bingo Hell, gentrification. Bingo Hell starts off strong with the theme of gentrification. The film starts with Mario (David Jensen) coming home with a briefcase full of cash, celebrating his sale of the community center/bingo hall. Unfortunately for him, his life is soon to end in a wonderful cold open that sets the tone perfectly. We’re soon introduced to Lupita (Adriana Barraza), a badass no-holds-barred older woman, who extremely dislikes what is happening in the town she lives in. She goes to head out to see her friends Clarence (Grover Coulson), who is working on his (presumably deceased) father’s old car, and then to Yolanda’s (Bertila Damas) to get her hair done. This is where we are also introduced to the fantastic Dolores (L. Scott Caldwell).

In our introduction to Lupita, we see her holding a paper stating, “WE WANT TO BUY YOUR HOME,” which is just the tip of the iceberg for the discussion of gentrification throughout this film. After finishing her stogie, she goes for a walk to say hi to her friends and get her hair done before bingo, and we see the horrific consequences of gentrification: a hipster vape shop, a ‘gourmet’ coffee shop, hysterically called FOMO Bean, dudes with handlebar mustaches and John Lennon sunglasses, and an impending microbrewery. Needless to say, the people who live in this community aren’t too happy with this.

On her way to the community center to set up for bingo, Lupita gets momentarily cut off by a sliiiiick blaaaack Cadillac (not really a Cadillac, but a slick black car and I couldn’t resist the reference). The license plate on the car reads, “B1G W1NN3R” and is Mr. Big (Richard Brake) checking out the new bingo hall he acquired. Moments after the car passes, she steps on a hundo that is covered in green slime, a slime she will soon become all too familiar with. The next day is the beginning of the end. The entire town becomes plastered with signs for Mr. Big’s Bingo, with a free $100 waiver for the first game. Welcome to Bingo Hell…

The kills in Bingo Hell are expertly handled and are brutal as, well, hell. The craziest kill has to be the Poltergeist-esque mirror scene with Raquel (Kelly Murtagh), but it’s difficult to pick a top kill. There are some wonderful elements of psychological horror mixed throughout, mainly regarding the deaths. The characters believe they are doing a certain thing, like Clarence when he thinks he’s drinking a beer and working on his car, when in reality he’s drinking something much worse and maybe not working on his car the way he thinks he is.

I recently watched the anthology film Mexico Barbaro, which is fine, but there was a standout segment in it that set itself apart from the rest stylistically called Dia de los Muertos, which is about a group of dancers who fight back against the gross men that are harassing them. It turned out the director of that segment is Gigi Saul Guerrero, who also directed, as stated earlier, one of my favorite Into the Dark films Culture Shock, as well as the batshit insane El Gigante. So I already knew she was a powerhouse of a director and one who understands how to weave social and political commentary effortlessly into her work. She tackles the two main themes of this film with ease: gentrification and the American Dream/capitalism. 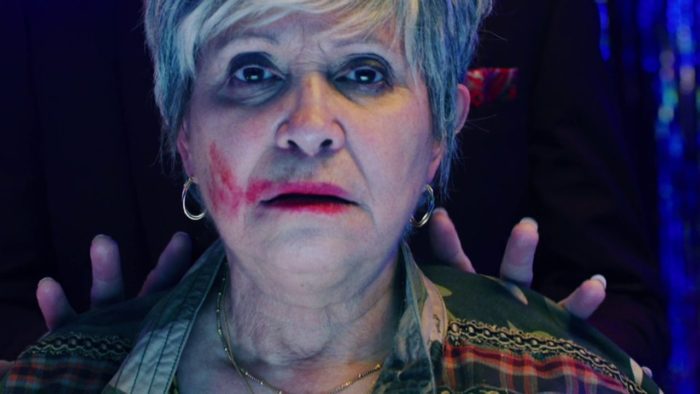 The gentrification aspect of this film is handled more broadly than the American Dream aspect, purposefully because gentrification is grotesque and obscene at its core. This film is rife with “going out of business,” signs, white men on realtor signs, and bingo signs promising these people a better tomorrow. Mr. Big stands as a symbol for the American Dream/capitalism as he promises change, and money, and better lives for this community if they come down to the bingo hall to play his game, and then figuratively bites them in the ass when they try to monetize on his promises. Just like the real America. Films like this that present commentary on these subjects are so much more important now more than ever, with things like Critical Race Theory not being taught in schools, younger adults can benefit from consuming content like this. 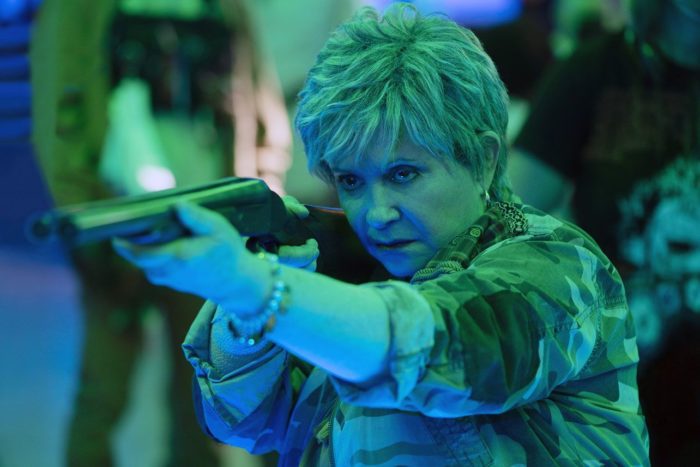 One of the only real detractors from this film was the acting; it wasn’t bad, but definitely not the greatest. Although after listening to many podcasts and interviews that Gigi Saul Guerrero partook in, she told many anecdotes about how much fun this film was to make, and that everyone had a blast, and it really shows. You can tell that everyone had fun and this film was a positive film to make, and that really shows in the acting. Instead of small and reserved character choices, everyone just seemed to give it 110%. Even when it didn’t portray well on scene, you can tell that all the actors put their heart and soul into the performances, and understood the value of the film they were making. Oh, and Richard Brake always nails it as the antagonist. His grime-filled toothy grin is an image that will stick with you for a long while.

Bingo Hell won’t be everyone’s cup of tea, but will no doubt be hailed as an important film years down the line. The kills are wild, the commentary is on point, and this film is an all-around bloody good time. Bingo Hell, and Black as Night, are streaming on Amazon Prime and the other two in the series will be available for consumption on October 8th.