I’m a sucker for vampire movies. I love everything from Nosferatu to Underworld, so when I heard that Amazon’s Welcome to the Blumhouse collection was going to include a vampire film called Black as Night this year, I got really excited. Last year’s Welcome to the Blumhouse had a couple of really cool movies, so I had high hopes that I’d be getting another fun entry in one of my favorite subgenres. But unfortunately, I was wrong. Black as Night isn’t bad, but it’s not particularly good either.

Directed by Maritte Lee Go and starring Asjha Cooper, Fabrizio Guido, Mason Beauchamp, and Abbie Gayle, this film follows a teenage girl named Shawna as she realizes that her city’s vulnerable population is being targeted by a coven of vampires. She teams up with her best friend Pedro and some new friends Chris and Granya, and the four of them orchestrate a plan to put an end to these vampiric shenanigans once and for all.

My problem with Black as Night is twofold. To begin, I found the acting to be a bit hit or miss, and the characters weren’t strong enough to pull me into the story or make me care about what happened to them. For example, Chris is little more than just a potential love interest for Shawna, and Granya is a one-dimensional vampire nerd who never becomes more than just a source of undead lore. They’re both pretty flat characters, so they feel more like walking clichés than real people.

In contrast, Shawna and Pedro are fleshed out a lot more, but they still have problems of their own. Pedro is supposed to be the comic relief, yet his jokes fell flat for me more often than not. He’s a more or less stereotypical gay best friend character, but he doesn’t do anything we haven’t seen a million times before. Shawna is the only one of the four that I really liked, but she’s not quite interesting enough to carry an entire movie on her own. She would’ve been great as one of the main side characters, but as the star of the show, she just didn’t do it for me. 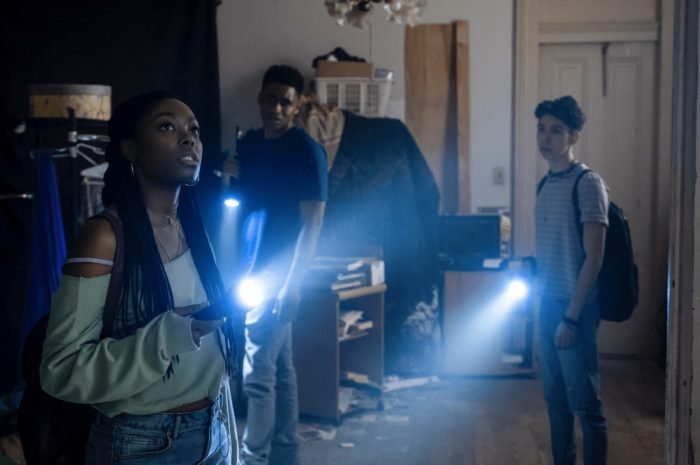 On top of all that, the story doesn’t progress in an organic way. Instead, it feels like things just happen because the plot requires them to, not because they naturally follow from what came before. For example, Shawna realizes that the vampires are attacking the vulnerable members of her community way too easily. She figures it out based on almost no evidence, so I didn’t at all believe that she could’ve really made that deduction.

Likewise, Granya joins the team in an equally implausible way. She’s the head of a vampire book club, but before Shawna recruits her, Black as Night gives us no indication that she actually believes in vampires. Her club is all about vampire fiction, so I would’ve expected her to be skeptical about the existence of real vampires.

But she’s not. Granted, the movie doesn’t actually show us Shawna trying to convince her to join, so maybe it was a bit of a struggle. But since we don’t see any of that, it definitely feels like Granya just believed Shawna right off the bat. It’s lazy storytelling, and it took me out of the movie a bit.

All that being said, Black as Night is far from a complete failure. While the human elements didn’t really work for me, there was one thing that did: the vampires. Every time these bloodsuckers were on screen, I was completely hooked. They’re ferocious monsters, and when they attack their victims, they go all-out. Granted, they’re not quite as animalistic as the creatures from Stakeland or 30 Days of Night, but they were more than enough to satisfy my thirst for vampiric action. 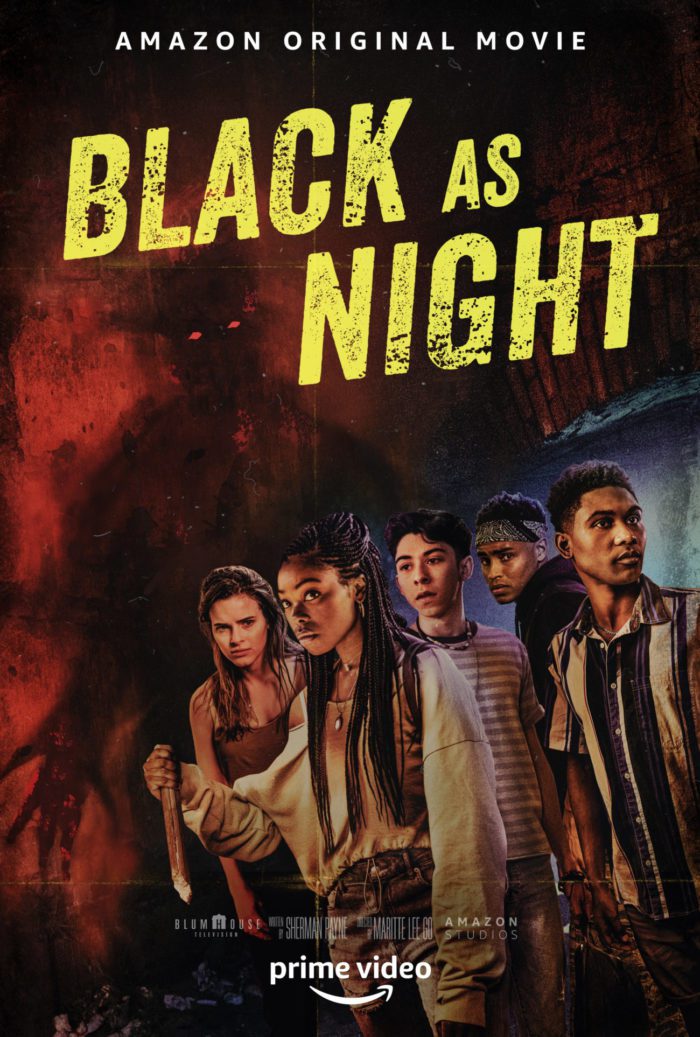 Unfortunately, they mainly stayed off-screen for the first two acts (especially the first act), so by the time the movie got to the good stuff, I had already checked out from the story. I wasn’t invested in the consequences of their bloodsucking ways, but they were so good that I still had a lot of fun with them even after I stopped caring about the characters.

What’s more, the mythology behind these vampires is pretty cool too. Black as Night combines different elements from various stories to create its own unique mix, and it even introduces something that I don’t recall ever having seen before.

However, there is one thing I have to criticize here. In the third act, the film adds yet another new element to its vampire lore, and while I really enjoyed that little wrinkle, the movie fumbles its introduction. It comes almost entirely out of nowhere, and it’s pretty much a deus ex machina. By itself, I wouldn’t have had a problem with it, but when you combine it with all the other overly convenient plot developments that came before it, it becomes just another eye roll-inducing moment that mars what could’ve otherwise been a really great scene.

So at the end of the day, the best I can say about Black as Night is that it’s basically the cinematic equivalent of junk food for vampire fans. If these blood-sucking monsters aren’t your thing, I think the weak plot and characters are going to ruin the movie for you, so you should give this one a pass. But if you’re a fan, the fun vampires and the cool mythology behind them are enough to make the film worth a watch when you have nothing else to do. I wouldn’t say you should go out of your way to see it, but if you’re looking for something to fill an hour and a half, it’s decent enough.

Black as Night is streaming on Amazon Prime now.