I’ve been dying to see All the Moons ever since I first discovered the trailer a few months ago. I thought it looked like a great vampire drama in the vein of Let the Right One In, but I didn’t know when I would be able to see it. At the time, the film didn’t have a North American release date, so I had no choice but to bide my time and hope it would come out soon. And now, thankfully, that wait is over. It’s playing at Fantasia this year, so even though we still don’t know when the general public will be able to see it here in the states, those of us who have the chance to attend the festival or cover it will finally get a chance to check this movie out.

Directed by Igor Legarreta, All the Moons stars Josean Bengoetxea, Haizea Carneros, and Itziar Ituño. It starts off in an orphanage during wartime, and almost right away, the place is bombed. One of the orphans is gravely injured, so to save her, a mysterious woman turns her into a vampire. From there, the girl experiences a very poignant mix of love, loss, acceptance, and rejection throughout her life, and she even receives a new name: Amaia.

All the Moons basically just chronicles the various stages of Amaia’s life and the relationships she forms with the people (both vampiric and human) around her, but beyond that, there’s not much of a plot. It’s more about the characters than the story, and I’m happy to say, it works brilliantly. Just about every second of this film is captivating and moving, and everything in it comes together perfectly to create one of the best vampire movies I’ve ever seen. 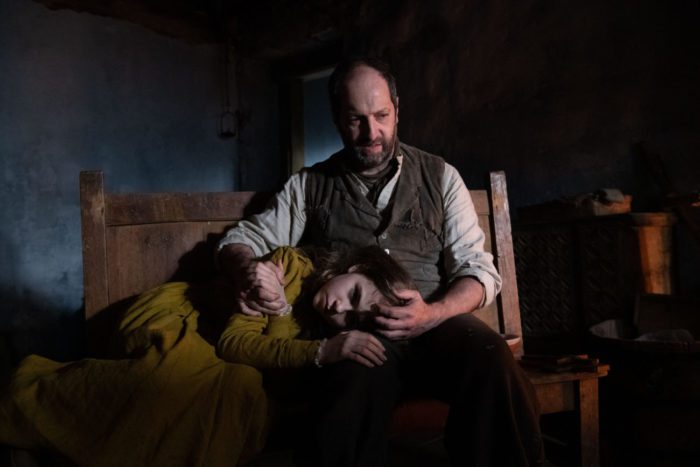 In particular, there are three elements that really stood out to me. First, let’s talk about the horror. All the Moons is basically a drama that just happens to be about a vampire, so it doesn’t have much of what we might consider “traditional” horror. There are no scares, there’s no A24-like atmosphere of dread, and there’s not even much suspense. I thought the movie would at least have some cool vampire action at the very end (much like the finale of Let the Right One In), but it doesn’t. It’s drama through and through, so if you’re looking for scares, violence, or action, this is not the place.

That being said, the film does have one horror element that I really enjoyed: its vampire lore. I’m a huge fan of these monsters, and part of what I love about them is that storytellers have a lot of freedom to change things up and create their own rules and mythology. There are just as many versions of vampire lore as there are vampire stories, and All the Moons takes full advantage of that flexibility. It incorporates just enough traditional vampire traits that we know what Amaia is, but it also changes things up a bit to keep you on your toes. It’s a pretty cool mix, so if you’re a fan of vampires, I think you’re going to like this new mythology.

Secondly, we have Haizea Carneros’s performance as Amaia. She’s the heart and soul of this movie, and she absolutely kills it. She gets you on board with her character right from the start, so you genuinely care about Amaia’s struggles throughout the entire film. You want her to be happy, so you go through the same emotions she does as she experiences her roller coaster ride of love, loss, and rejection. 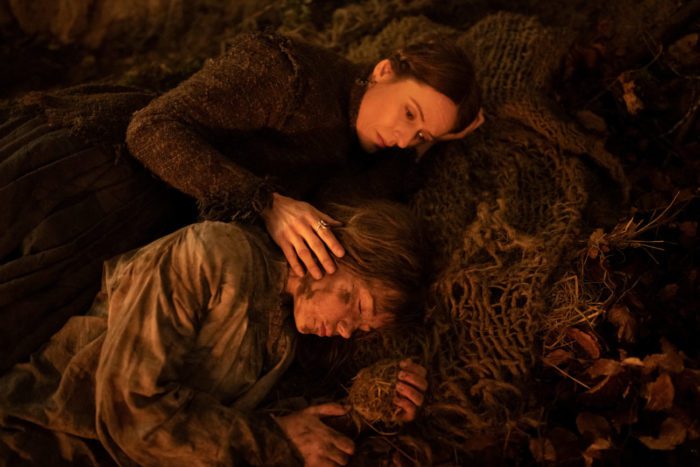 On top of that, Amaia says very little for a large portion of All the Moons, and Cornero really shines in these parts. She does an amazing job of letting us know what’s going on inside her character with just her facial expressions and the way she moves, and I’d even go so far as to say that her performance rivals that of Dafne Keen as X-23 in Logan. She’s that good, even when she doesn’t have to say a single word, so I can’t wait to see where her career goes from here.

Finally, let’s talk about the themes of this movie. I don’t usually say much about themes in my reviews, but I have to give them a shout-out here. All the Moons has a beautiful message about love, acceptance, and the value of relationships. While I won’t spoil any specifics, I’ll just say that it hit me in a way few movies do. In that regard, it reminded me a lot of Bride of Frankenstein, so if you’ve ever felt like an outcast (and let’s be honest, what horror fan hasn’t?), this film was made for you.

On the flipside, it’s really hard to pick out any real problems or issues with the movie. The best I can do is nitpick and say, for example, that I would’ve liked at least one visceral action or horror scene like the end of Let the Right One In, or that I wasn’t 100% sure what the final scene was supposed to mean, but in all honesty, things like that don’t really matter. Everything else about the film is so good that these minor quibbles fade into irrelevance, and when I look back at it, all I really remember are the things I liked.

So if you’re into horror dramas, I highly, highly recommend All the Moons. While it’s not a “traditional” horror movie, it’s legitimately one of the best vampire films I’ve ever seen, and I absolutely cannot wait for it to reach a wider audience. In the meantime, you’ll be able to catch it at the Fantasia International Film Festival on August 19 and August 21.