If demons attack us, we can call an exorcist. If monsters attack us, we can kill them with wooden stakes, silver bullets, or whatever else they’re vulnerable to. But if the earth itself turns on us and decides to wipe us out? Then we’re completely screwed. There’s not much we can do to defend ourselves against the very environment we live in, so even though eco-horror isn’t as popular as some other horror subgenres, it’s still absolutely terrifying when it’s done right. And when I first saw the trailer for Gaia, I thought it might end up being just that kind of movie.

Directed by Jaco Bouwer, the film stars Monique Rockman, Carel Nel, Alex van Dyk, and Anthony Oseyemi. When it starts, we see two park rangers named Gabi and Winston exploring what looks like an Amazon-esque jungle. They’ve set up cameras all around the forest, and when one of them goes haywire, Gabi sets off on her own to find it. After all, she says, she and Winston can’t leave their trash lying all over this pristine, untouched land.

On her little adventure, Gabi meets Barend and Stefan, a father and son pair who live alone in the forest. And while separated from his partner, Winston is attacked by a strange monster that looks like the personification of the earth itself. From there, we learn that Barend and Stefan have an unusual connection to nature, and they worship an ancient god that lives in the forest. This deity is pissed off at all the harm humanity has inflicted on the earth since the Industrial Revolution, and it’s ready to spread its reach and fight back. 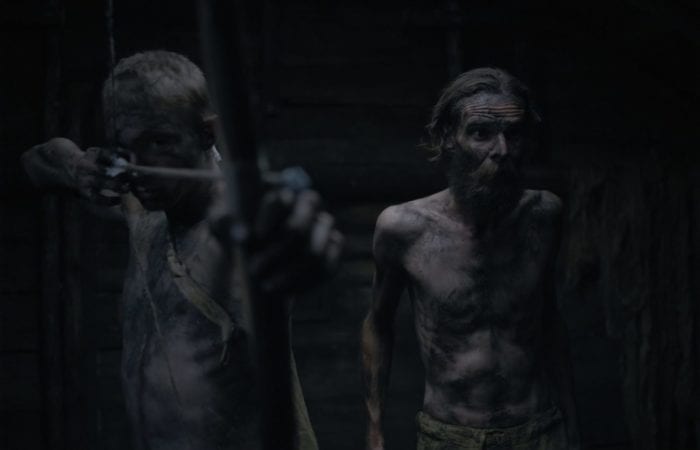 In a lot of ways, Gaia has a pretty simple but classic eco-horror premise, so the movie stands or falls on its execution. And unfortunately, that execution leaves a lot to be desired. To be sure, it has a few strengths, but on the whole, the scales just tip too far in the other direction. In particular, the main problem is that the characters aren’t strong enough to carry the story for its entire runtime. For instance, Gabi and Winston are decent enough, but Winston isn’t in the film very long, and Gabi would’ve worked better as a supporting character than as the star of the show.

But above all, the real letdowns here are Barend and Stefan. On paper, they seem like really eccentric, cultish hermits who could throw Gabi for a real loop like the cults in The Wicker Man or Midsommar, and at first, that’s what you think they’re going to do. But as Gabi gets to know them better, you find that they’re actually much more normal than you expected. Sure, they have their strange devotion to the earth and to their god, but that’s the only interesting thing about them. Other than that, they’re actually pretty bland.

On top of all that, Gabi and Stefan eventually develop a romantic connection, and their relationship fell pretty flat for me. The film wants us to view it as a great love story à la the Warrens in the Conjuring movies or the Abbotts in A Quiet Place, but I just didn’t buy it. Stefan probably fell for Gabi because she’s the first attractive woman he had ever seen, and Gabi fell for him because…well because it’s a movie and that’s just what characters in movies do. It felt like a very cliché cinematic romance, so I had a really tough time buying into their “love” (I can’t even bring myself to call it real love). 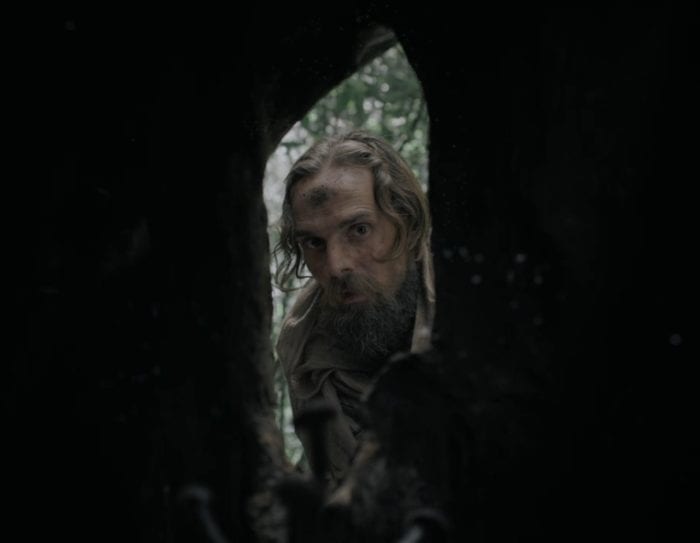 Because of those problems, Gaia soon becomes a bit of a chore to watch. It’s a fairly slow burn, and the characters just aren’t good enough to hold your interest until the pace begins to pick up. You get bored with them rather quickly, so even when the narrative wheels start turning, you no longer care enough about these people to remain invested in their story.

All that being said, Gaia is far from a trainwreck. Visually, this movie is excellent, and there were several parts that I actually really enjoyed. For example, it looks like it was filmed in the middle of a real jungle, so just about every shot of the environment around the characters is beautiful. On top of that, the horror in this film is pretty good too. The monsters look really cool, and I enjoyed seeing them every time they were on screen. There’s also some really effective body horror in this film, and it actually got under my skin a bit.

But at the end of the day, those strengths just aren’t enough to outweigh the movie’s weaknesses. Gaia has a rather slow, generic plot that relies mainly on its characters to do the heavy lifting, and they’re not up to the task. On the whole, they’re fairly bland and uninteresting, and because of that, the cool visuals are just window dressing. Much like Stephen King famously describes Stanley Kubrick’s The Shining, this movie feels like a beautiful Cadillac with no engine.

So if you’re okay with that, then, by all means, give Gaia a shot. If cool visuals are enough for you, you’re probably going to like this film. But if you want anything beyond that, I’d suggest skipping this one and checking out some other new releases like Censor or The Conjuring: The Devil Made Me Do It instead.

Gaia is out on VOD now. 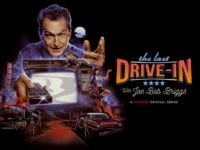