I once had a guy tell me I shouldn’t watch zombie movies because they’re just about the lowest form of entertainment there is. He said that they’re disgustingly base and there’s really nothing good about them, but we horror fans know that’s not true. Sure, zombie films often revel in showing us all the gory havoc these creatures wreak on their victims, but the best of them are about so much more than just blood, guts, and violence. Case in point: Train to Busan.

Train to Busan is a South Korean movie from 2016, and it’s arguably the best zombie film of this millennium. In fact, it might even be the best one of all time not made by George Romero, and what makes it so great is its human element. While it has all the fantastic zombie action fans could ask for, it also tells a very touching and, I’d even say, a very heartwarming story, and that story is particularly relevant this time of year.

At its core, the film is about a man named Seok-woo, a single parent who transforms from a selfish jerk into one of the best cinematic fathers you’ll ever see in any genre. His arc alone is reason enough to love this movie, so since it’s Father’s Day, let’s take a look at that arc and see what it has to say about authentic fatherhood. 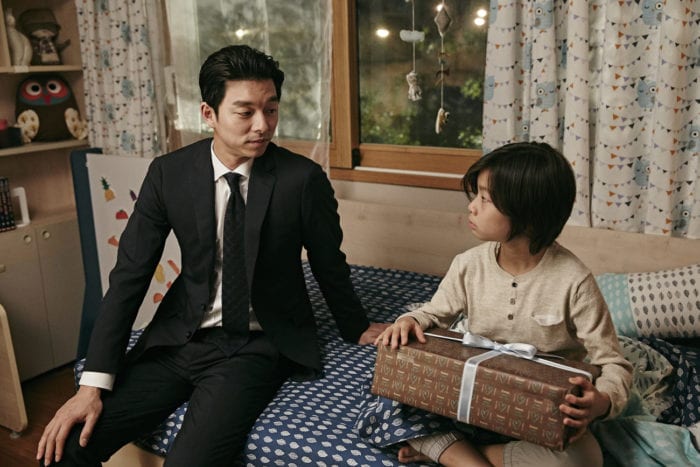 When Train to Busan begins, Seok-woo is a stereotypical workaholic who doesn’t give his daughter, Su-an, the attention she deserves. To take just one example, at the beginning of the film, he gives her a birthday present, and when she looks surprised, he jokingly asks her if she thought he had forgotten about her special day. Initially, you’re not entirely sure what to make of this comment, but a few moments later, the irony of the situation becomes apparent and just about smacks you upside the head.

When Su-an unwraps the present, you see that her father got her a Nintendo Wii, but she doesn’t look happy with it. Seok-woo asks her if she likes it, and then the camera moves to show you that she already has one. Even worse, she then reminds her father that he was the one who got it for her.

So like I said, this entire scene is super ironic. Seok-woo clearly doesn’t pay enough attention to his daughter, but he doesn’t even realize it. He thinks he’s being a good dad by remembering Su-an’s birthday and getting her a present, and you can even note a hint of pride when he asks her if she thought he had forgotten about it. He suspected that she might’ve thought that, so he’s proud that he proved her wrong. You can almost see him patting himself on the back for being such a good father.

But in reality, he’s not. Sure, he remembers his daughter’s birthday, but he makes another, equally egregious blunder: he doesn’t know that Su-an already has a Wii. Now, at first, you might think this isn’t a huge deal. Parents don’t always know all the games and gadgets their kids have, so this is an understandable oversight.

However, if we think about it a bit more, we can see how bad this mistake really is.  Seok-woo simply doesn’t know his daughter, and he doesn’t care enough about her to change that. He could’ve very easily just asked her what she wanted, but he apparently couldn’t be bothered. Instead, he was so busy with his job that he simply assumed she wanted a Wii.

What’s more, since he’s the one who got her the first Wii, we can also safely infer that he doesn’t pay much attention to his daughter even when he does make time for her. You get the impression that he treats his parental responsibilities as a bunch of pesky chores that impede on the things he really cares about, so he just breezes through them with as little thought or effort as possible. In a word, Seok-woo is pretty much the antithesis of real fatherhood, so when Train to Busan starts out, you almost want him to get eaten by the first zombie he sees.

One Step Forward, Two Steps Back 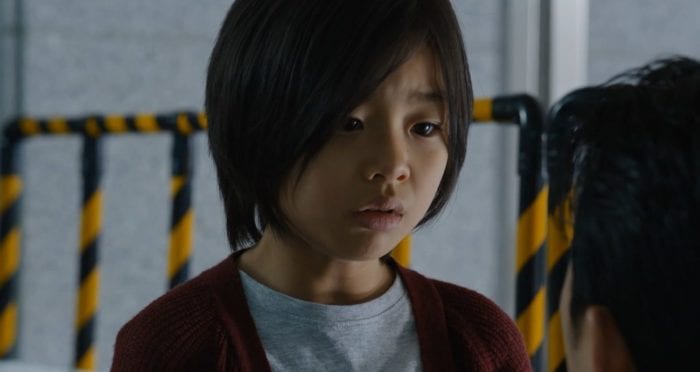 But that changes ever so slightly once the zombie outbreak starts on their train ride to Busan. When Seok-woo realizes that his daughter is in danger, he scoops her up and carries her to safety like any father worth his salt should. It’s a very simple act, but it shows that when push comes to shove, he really does care about his daughter.

However, at this point in the movie, that’s just about the extent of his good parenting. As the story progresses, he shows that even though he does genuinely love Su-an, he’s still just as selfish as he was before. He only cares about himself and his daughter, and he’s willing to risk other people’s lives just to secure his own. There’s even a scene where the two of them are safe for the moment, and Su-an gives up her seat to an elderly woman. Seok-woo sees this, and he tells her that she didn’t have to be good like that. In a time like this, he says, she only needs to look out for herself.

This is obviously a terrible thing to tell anybody, let alone your young daughter, but it’s especially bad because giving up your seat has nothing to do with safety. As wrong as Seok-woo is about only looking out for yourself, I understand why he says it. Self-preservation is important. However, I honestly can’t figure out why he would object to giving up your seat to an old lady in this situation. It doesn’t put him or his daughter at risk, so what’s the problem? The only answer I can think of is that it’s just pure selfishness.

At this point, you might be asking yourself why this makes Seok-woo a bad father. If anything, isn’t he being a good parent by doing everything he can to keep his daughter safe, even if he does go a bit overboard sometimes? That’s a perfectly understandable initial reaction, but just a few scenes later, Seok-woo makes another, similarly selfish move, and this time the implications for his parenting skills come directly to the fore.

When the train stops at the Daejeon Station, a place that’s supposedly secured by the military, Seok-woo learns that the passengers are all supposed to be quarantined when they get off the train. He talks to one of his business associates on the phone, and he uses that connection to try to avoid the quarantine for himself and his daughter.

However, despite his good intentions, Su-an is visibly distraught when she finds out about the arrangement. She wants to alert the other passengers, but her father tells her not to, so she begins to cry. She tells him that he only cares about himself, and she even claims that it’s the reason her mother left him. She’s clearly ashamed of her father, and we can see without a doubt that his selfishness, even when it’s not at her expense, makes him a terrible parent.

But why is that? Why does not caring about other people make Seok-woo a bad father? It’s because fatherhood isn’t just about physically protecting your children. It’s also about setting an example of how to act and forming your children into the great people they have the potential to be, but Seok-woo fails miserably at this. He sets a terrible example for his daughter, and she recognizes that. She realizes that her father has completely failed her in that regard, and it understandably makes her very upset. 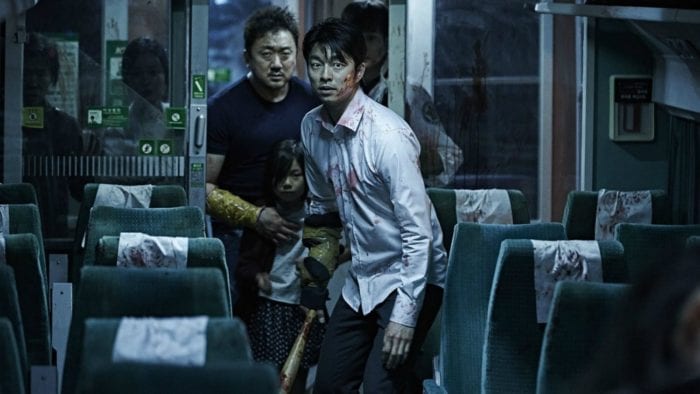 That’s the low point of Seok-woo’s arc in Train to Busan, but he begins to change his ways soon afterward. Not only does he realize how his selfishness has negatively affected his daughter, but he also sees some great examples of selflessness from the other passengers at the Daejeon station. In particular, one of them saves his daughter from a zombie right before it grabs her, and then a few others help him escape the creatures’ clutches as well.

All of this comes together to make Seok-woo realize the value of helping others and being a good person, and he soon puts this new perspective into practice. For example, when everybody realizes that the station is overrun by zombies, they all try to hop onto a new train, but not everybody makes it. They have to run like hell and fight for their lives, and Seok-woo helps a few people get away from the zombies and onto the new train safely.

Then, once they’re on that second train, he continues his newfound heroism. Most notably, when he finds out that there’s a group of people stuck in a bathroom a few cars down, he and a few others risk their lives to go rescue them and bring them to a car that’s free from zombies. Su-an is part of the group that’s stuck, but Seok-woo doesn’t go just to save her. He goes to help all of them, and he finally becomes the parent his daughter needs him to be. Not only does he protect her from physical harm, but he also gives her an example of how to be a good person, an example she can be proud of and look up to with confidence and joy.

Throughout the rest of the film, Seok-woo continues in this same courageous vein, and he completes his arc by making the ultimate sacrifice for Su-an. He gets bitten while protecting her from a zombie, and he jumps off the train to make sure he can’t harm her once the infection takes over his mind. It’s a very touching moment, one that you never would’ve expected when the story began, but since the movie does such a great job of crafting Seok-woo’s journey from selfish to selfless, you totally buy it.

This great character arc makes for an engrossing story from beginning to end, but it’s more than just that. When Seok-woo becomes a good example for his daughter, he becomes one for us as well, and our culture sorely needs more cinematic fathers like him. While many men in the last several years have been stepping up their parenting game, we still don’t have too many good examples of authentic fatherhood in the entertainment world. The “inept dad” trope still reigns supreme, and as funny as it can be, it shouldn’t be the only way fathers are depicted in our movies and TV shows. We need stories that show men being better than that. We need movies that both challenge men to be the best parents they can be and celebrate the men who already are, and one of the best at this in recent years has been Train to Busan.