It has come down to this. Nine weeks of good times, fun interviews, and a wide array of horror films culminating in one final show. How would Joe Bob and Darcy send off Season 3 of The Last Drive-In: however the hell they want.

Each person comes to a point in their lives where they begin to understand who they are. Some people realize who they are when they are in their 20s, heck, even their teens. Others take much longer to discover their true self. Granted, I am still in my 30s, but I am detecting aspects of myself that hammer home who I am and what my thought process on life is.

I’m not one to discuss my personal life, but there are a few nooks and crannies of my personality that tie into this week’s episode of The Last Drive-In. 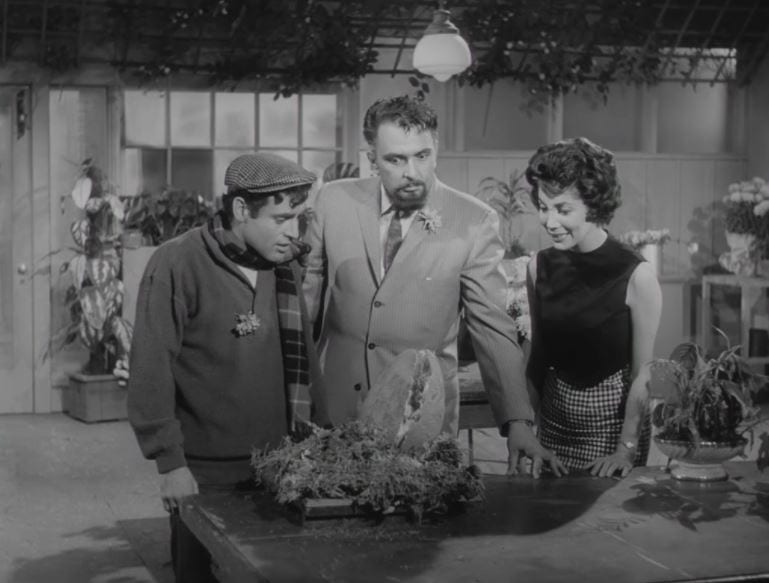 Recently in my life, I have gotten into a bad habit of being brutally honest when it comes to my opinions. I do not do this to get a rise out of someone or to be mean-spirited—these opinions come out almost accidentally. To avoid this, I try not to voice my thoughts unless pushed to vocalize.

When I first discovered that I was having a hard time curbing the edge, as it were, I rolled with it because honesty is the best policy, right? Most people in the world, I have discovered, do not appreciate someone who has honest thoughts and opinions. Instead, everyone wants to live inside a safe bubble where ideas and opinions never reach a level of PG-13 and are accessible to everyone. Overall, I understand that I cannot go around telling people they are stupid or have the fashion sense of a German U-boat, but is it better to lie and not to hurt anyone’s feelings?

Every day I find myself walking a tightrope between cold hard facts and wearing kid gloves. How do I deal with this problem? I have decided that no one wants to hear an opinion when they ask for one, and if they do, they’re not seeking honesty. As an analogy of how my mindset works in this regard, I treat myself like someone at a nightclub who stands in the back corner and watches others being slobbering messes.

The other component of my personality that I would like to touch upon is my thought on religion. What are my thoughts on this? None at all. It’s not a bad idea in theory, but the way it’s practiced in everyday life resembles a con game. I will not sit here and bash religion for the following few paragraphs, but the concept has gotten lost over time.

As humans have evolved, crawling out of the primordial ooze and evolving from primates, there is an idea that our brains have developed and become more complex than our ancestors’. Over time, humans became storytellers, which turned into religious fantasies. There is an idea that became implanted within the Homo sapiens genome of superiority. Somehow we are better than all other walks of life and will be judged accordingly to how we act on this planet. For thousands of years, humans across Earth tell varying stories about gods, Heaven and Hell, and the afterlife—and that’s all it is: stories.

Why are we the only ones who get these tall tales, and why are we the ones who move beyond what lies here? That’s a selfish notion, but humans are a self-centered species. Humans have a superiority complex, and it is natural to want more with our complex brains. It’s hard to comprehend that once we are over and done with, that’s it. Why is there nothing beyond our existence? It’s life. There’s nothing fantastical afterward because that’s that. Your existence was the ride, and all rides come to an end.

And speaking of fantastical lives, Joe Bob’s guest for this week’s episode of The Last Drive-In was Roger Corman. Anyone familiar with horror, and with film itself, knows his name and what he represents to cinema. Not just a low-budget filmmaker, Roger Corman stood for independence—creating his own studio, using his funds to finance projects, and doing whatever needed to see his creation come to fruition on time and on budget (preferably under budget). If there were a Mount Rushmore of DIY filmmaking, Roger Corman would be the figurehead.

As Joe Bob mentioned during last week’s episode, he had wanted to have Roger Corman on his show for many years. The idea of having two legendary icons together on one show was too good for any cinephile to pass up. Was it worth the build-up? Absolutely! 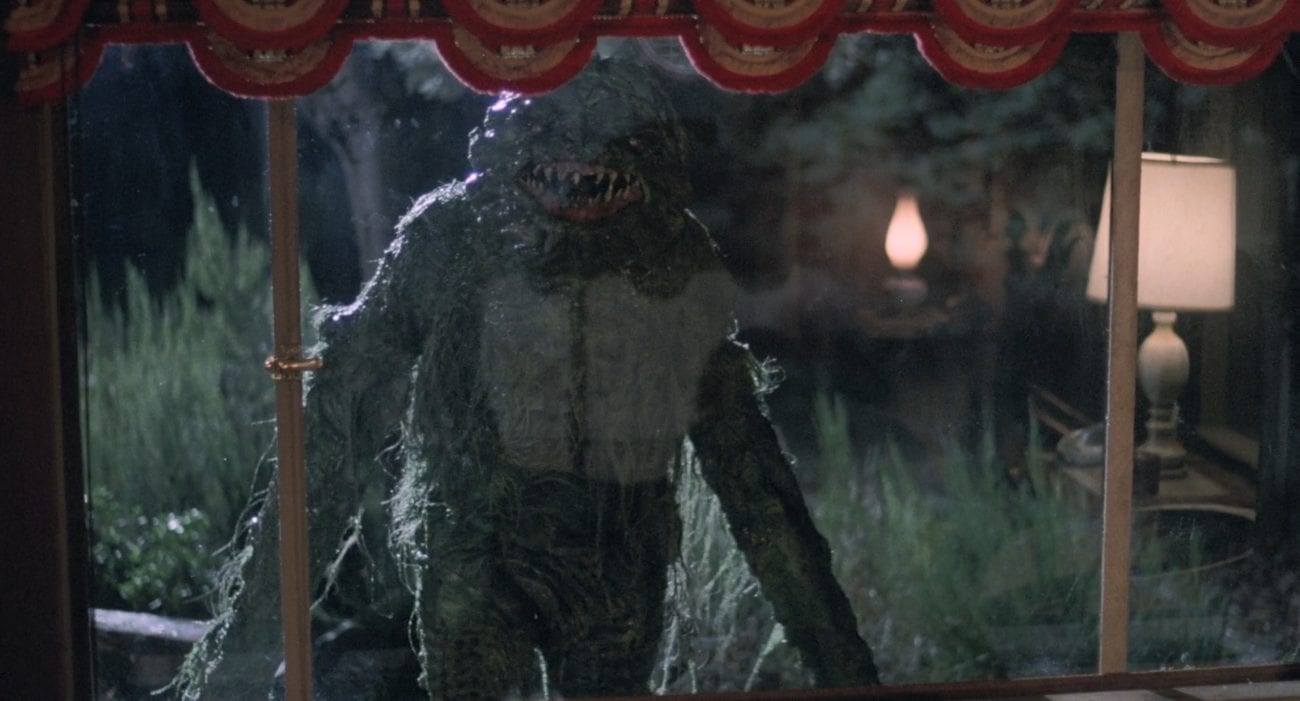 I have mentioned in the past how good Joe Bob is at conducting interviews, and this episode was no exception. You could see the joy in Joe Bob’s eyes as he conversed with Corman over two of his classic films: The Little Shop of Horrors and Humanoids From the Deep.

Even at 95 years of age, Roger Corman provided a well-crafted and informative dialogue with Joe Bob. Sharp as a knife, Roger Corman reflected on stories from this week’s double-feature plus his storied history within the film industry. I am not the most knowledgeable about Roger Corman and his legacy, but in the times I have listened to him, I’ve been amazed at his honesty. He has never shied away from the negative aspects of the business, always using experience to learn and make himself a better businessman than before.

Corman did not turn the interview into negativity, but honesty—two distinctly different things. I smiled as he dished on the hard work and craziness that comes with producing films. The smiles didn’t come from hearing negative feelings but from listening to someone who knows who they are and understands sugarcoating a topic is not always the best course of action. There is a fine line between being honest and being honest plus a jerk. That’s how he has survived in Hollywood so long, and understanding the balance between honesty and professionalism—this is something I need to learn to emulate.

What struck me most about the Season 3 finale of The Last Drive-In was the idea that we all have an expiration date. Joe Bob didn’t show it, but you could sense one of the reasons why he wanted to have Roger Corman on The Last Drive-In was because of his age. I don’t think I am saying something surprising, but at 95 years old, one would assume Corman has only a few years left. Joe Bob mentioned on The Last Drive-In that he had spoken many times with Corman over the years, but their schedules never lined up. Finally, the stars aligned, and the meeting of horror icons converged this week.

At the same time, I also felt a sense of remorse, knowing that no one lives forever, and I pondered to myself, “Would this be the last time we see Roger Corman?” At 95 years old, Roger Corman looked great and showed no sign that he was slowing down. Sometimes, though, that doesn’t matter—when your number is up, it’s time to go. I have a hard time not feeling negative, and I’ll admit to battling mixed feelings of watching these old dogs run free but understanding every one of us will eventually leave this plane.

Those feelings continued through the end of The Last Drive-In, knowing that Joe Bob is no spring chicken. Much like Roger Corman to millions of horror fans, Joe Bob is an idol to me. His knowledge, wit, and writings have appealed to me from the early days of MonsterVision through today as I write this. Maybe it came from my feelings about Roger Corman, but my existential feelings transitioned to Joe Bob, as well. One day, there will be a time on Earth when Joe Bob is no longer amongst us, and this will be a sad day for the horror community. 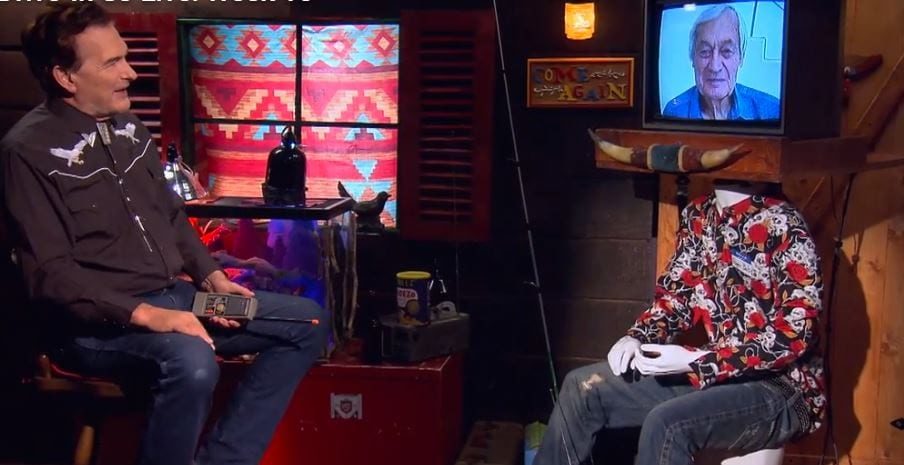 After we said our goodbyes to Roger Corman, Joe Bob and Darcy signed off—complete with the Shudder team closing down the cabin locale. Joe Bob and Darcy left behind the cabin, hitched up their canoe, and paddled away, closing the third season of The Last Drive-In. Will there be more episodes or seasons? We can hope. For all we know, this episode may be it. Something may come up that prevents any further adventures. If this is it, then it was a great ride that I will treasure for the rest of my life—until I close up shop on my cabin. Until then, these two old dogs are still with us and running free. And our lives are better for it.