Editor’s note: All throughout October, the vibes get spookier and the nights get longer. It’s the perfect time of year to watch horror movies, whether you’re a year-round horror fan or you just like to watch horror flicks to get into the Halloween spirit. This year at Horror Obsessive, for our 31 Horror Classics Revisited series, we’re giving you one recommendation for a classic horror film each day throughout the month of October. What do you think–is this film a horror classic? What other horror films do you consider to be classics, and what films do you make sure you watch each October? Let us know in the comments below!

From high school through college I had a deep obsession with zombies, not just films but books, games, and anything I could get my hands on. I proudly wore a Winchester Pub shirt weekly, while alternating between reading the Shaun of the Dead graphic novel and Max Brook’s The Zombie Survival Guide. In high school, I regularly spent valuable class time sketching zombie-proof bases on ‘borrowed’ graph paper from math and physics classes. My goal to create the perfect base culminated in me writing a zombie screenplay that was one of the worst things I have written…but it was passionate, at least! Towards the end of my time in college, the zombie subgenre had become so oversaturated and I was ready to move onto my giallo phase. There was one film that hammered the final nail in the coffin for my zombie phase, a film that was my perfect sendoff from the subgenre; Train to Busan. 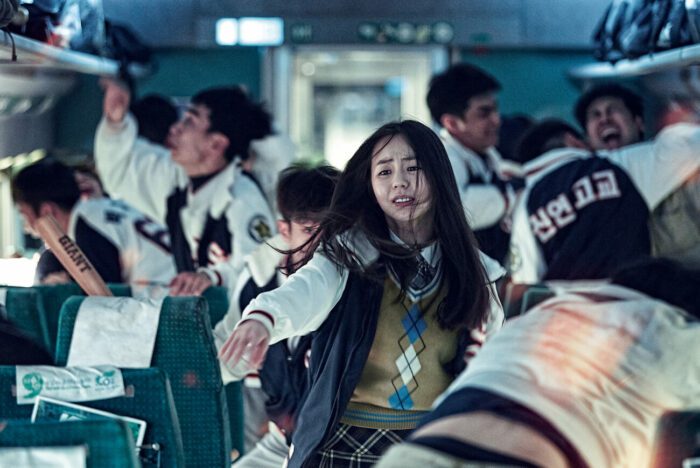 I personally love when foreign films hit a nerve here in the states, it’s heartwarming to see genre films that span oceans. Train to Busan is a 2016 South Korean action horror film, which would go on to reach 10 million viewers (beating out A Violent Prosecutor written and directed by Lee Il-hyung). It’s always frustrating to hear genre fans say they don’t want to watch foreign films with original dubbing, due to the fact that reading subtitles take away from the horror of the film. There’s nothing wrong with English dubbing, but I really think you can lose a lot of characterization from the acting when you don’t get to hear the actor’s actual voice. Even if you don’t know what someone is saying, you can take the words you read and hear the inflection behind them and really feel the complete feeling of their words.

Okay, we should probably talk about the movie a little bit, right? (Steps down from soapbox.) If for some reason you are unfamiliar with it, Train to Busan is a fairly contained zombie film about greed, the human condition, government mistrust, and a fractured family relationship. Seok-woo (Gong Yoo) is a businessman, who is ‘too busy’ to give his daughter Soo-an (Su-an Kim) the time of day. Seok-woo tries buying Soo-an’s love by buying her a Wii, it just so happened this is the second Wii he bought her. This is the perfect moment to introduce us to their characters and relationships. Seok-woo obviously has the expendable income to buy a videogame console on a whim, even when he recently bought one. It’s not that Seok-woo does not care about Soo-an, he’s just consumed by his job. We find out towards the end one of the biotech companies associated with Seok-woo’s firm is the root cause of the outbreak.

Once on the train, to Busan, Seok-woo and Soo-an settle in for a quiet ride, though it quickly turns into a cavalcade of chaos when a bitten woman rushes onto the train moments before the doors close. While the majority of the film takes place on a train, well a couple of trains, there is a really effective scene when the train arrives at the quarantine station. As someone who uses trains regularly at Penn Station this scene really got to me upon my rewatch. A bustling station provides a sense of comfort, while an empty and silent train station is beyond eerie. I remember I had never felt more uncomfortable in Penn Station until I had to go into Manhattan and exited my train into a literal empty Penn Station, the only other humans being the few who got off the train with me. 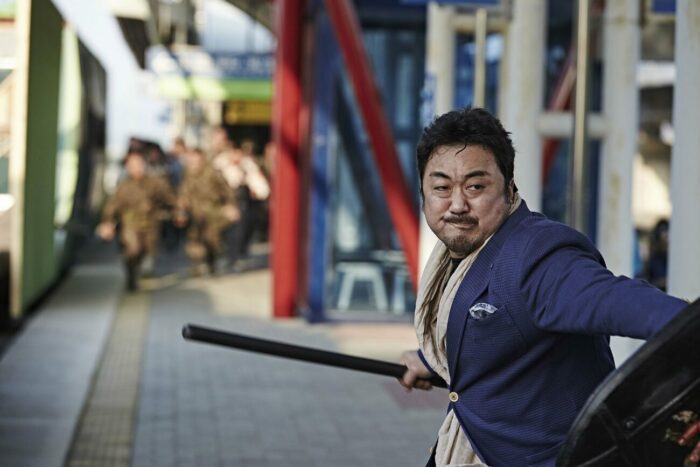 As someone who has watched countless zombie films it’s surprising I don’t really have any input on the slow versus fast zombie debate. I think each type has its quirks. The slower zombies can be a little easier to evade, but like the sex ghost in It Follows slow zombies provide an overwhelming sense of dread. Fast zombies are inherently scarier due to the speed and agility they have. What is most impressive about the zombie cannon of Train to Busan is the weaknesses these fast zombies have. When entering a tunnel we find out the zombies cannot see in the dark, leaving them to the whims of their ears. This lets us know that when it comes time to scavenge it might be easier to just do it at night, and might even make it easier for zombie containment. Ugh, here I am falling back into my apocalypse survivor mindset. The zombie design is haunting leaving their visual snarl to emerge deep within your darkest nightmare. There we go, back on track.

One of the most impressive aspects of Train to Busan is this is writer/director Sang-ho Yeon’s (along with writer Joo-Suk Park) feature directorial debut. Sang-ho Yeon has written and directed animated films previously, but this was his first foray into live-action feature filmmaking. Not only does the script paint a perfect story, but Sang-ho Yeon’s direction is absolutely brilliant. While the majority of the film is definitely reserved for a zombie film, by that I mean it’s not gut-wrenching shaky cam a lot of zombie films fall victim to. The scenes of actions are heavy and visually appealing, there is weight to each shot that a lot of films have trouble reaching. Some of the best shots are the long tracking shots during the fight scenes. I kind of wish the scene where some survivors travel from car 9 to car 13 and fight a bunch of zombies was all done in one take, but it’s still absolutely beautiful. No image for me, though, is as impactful as one of the final shots of the film when Seok-woo succumbs to the virus and we see his silhouette fall from the train. Instant tear-jerker.

Train to Busan has an animated prequel Seoul Station, written and directed by Sang-ho Yeon. Seoul Station chronicles the night before our protagonists take their train ride. A sequel was also spawned, which was originally called Train to Busan Presents: Peninsula. Peninsula is not a terrible movie by any means, although I think it really fails to live up to the emotional resonance many people had with the original. Peninsula takes the claustrophobia of the first film and pits a new set of characters in a town that has a Barter Town-esque set of residents. The former is fantastic and I highly recommend watching that after the first one, the latter is a bit more give and take for me. It’s definitely a solid film, it’s action-packed, and it’s an all-around fun movie…I think the film was just taken in a direction I didn’t personally want to see this zombie story go towards. 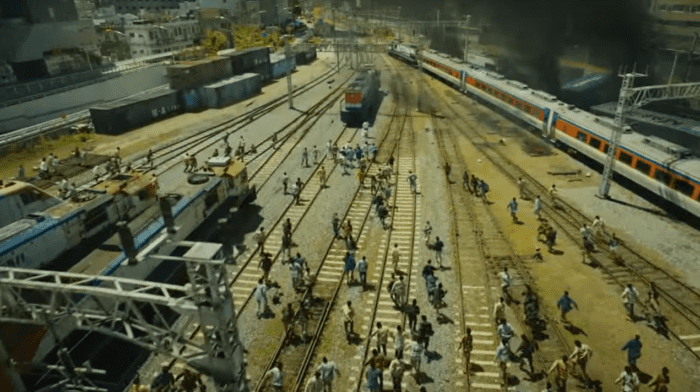 Train to Busan was a huge success in the U.S., even going so far as to win the Fangoria Chainsaw Award for Best Foreign-Language Film. A remake is currently on the table tentatively titled The Last Train to New York with V/H/S/2 & 94 alum Timo Tjahjanto, who is also slated to direct an Under Seige remake. James Wan is also set to produce the remake of Gary Dauberman’s script. I’m not sure if a remake is absolutely necessary for this film, with Tjahjanto and Wan on board, so am I. Train to Busan is a heart-wrenching zombie film that succeeds in so many fields, each watch is just as impactful as the last.