LGBTQ characters have been portrayed in horror for centuries—but unfortunately, queerness has historically been interpreted as monstrous, demonic, and depraved in the early days of the genre. Even after these negative portrayals dried up, those seeking LGBTQ horror representation had to rely on queerbaiting and queer-coding to get their fix. And while many such films paved the way for overt LGBTQ horror representation, it’s no longer necessary to settle for queerness that is merely hinted at or alluded to in horror films.

Fortunately for horror fans who are celebrating LGBTQ Pride Month in 2021, the genre has come quite a long way when it comes to queer representation. Whether LGBTQ horror representation is a must-have for your Pride Month watchlist or you’re just looking for some disturbing, unsettling films to add to your list, these movies can’t be missed. 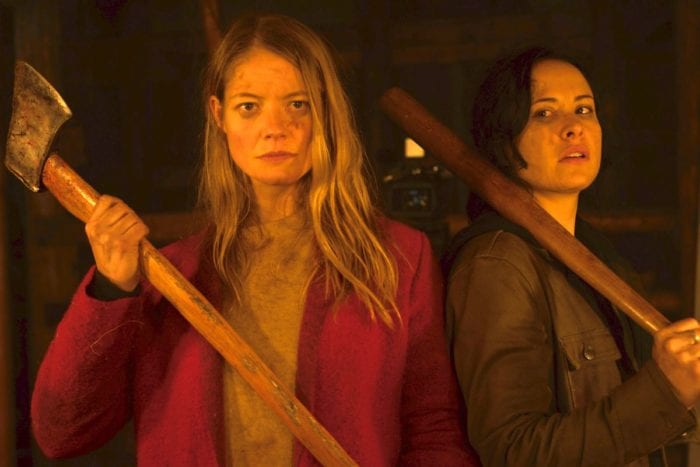 There’s nothing that can bring a relationship out of a rough patch quite like fighting off murder-crazed maniacs. 2020’s The Retreat delivers this in spades as it follows two lesbians, Renee and Valerie, who probably thought having the “what are we?” conversation would be the hardest part of their weekend—but end up fighting for survival when they realize they’re being watched…and hunted. Like many entries into the LGBTQ horror subgenre, The Retreat relies heavily on blatant homophobia as a plot point, but it also includes some more subtle moments of self-preservation (such as when Renee tells a stranger that Valerie is her aunt instead of her partner). And while watching characters being targeted for their sexuality may not exactly be uplifting to queer viewers, The Retreats gives an unabashed look at the spectrum of homophobia that is still pervasive in the world while delivering a modern twist on the slasher. 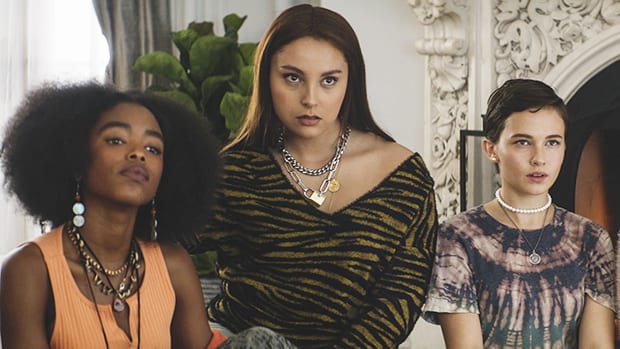 Though the original 1996 The Craft is often interpreted as an allegory for queerness, the 2020 reboot doesn’t sidestep it. Without losing the powerful intimacy of female friendships, this film pays homage to the original without being a scene-for-scene reboot. The Craft: Legacy tells the story of four high school girls who dabble in dark magic, featuring a trans witch played by a trans actress, Zoey Luna—a breath of fresh air in an industry where trans roles are still often portrayed by cis actors. Luna shared to IndieWire that writer and director Zoe Lister-Jones was willing to listen to her input to accurately capture her lived experience. “Zoe Lister-Jones was willing and able to listen to anything I had to say,” she shared. “She was very amazing in educating herself. So, I didn’t really have to go too much into my experience to help her understand any more about the trans experience.” 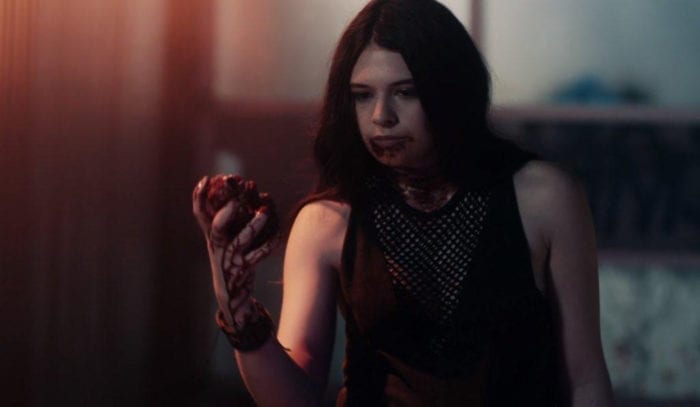 Rough around the edges in an oh-so-satisfying B-horror way, Bit features a troupe of queer lady vampires that adhere to one rule: they must never turn men. While somewhat heavier on drama than horror, Bit doesn’t skimp on gore when the bloody moments come. The film stars Laurel, a trans vampire played by trans actress Nicole Maines, and much like The Craft, the film doesn’t reduce the trans experience to trauma. Instead, Laurel gets to enjoy a full range of quintessential teen experiences, such as murdering sexist men and drinking their blood. In a subgenre that often features LGBTQ horror leads being persecuted for their queerness, it’s refreshing to see Bit turn this on its head. 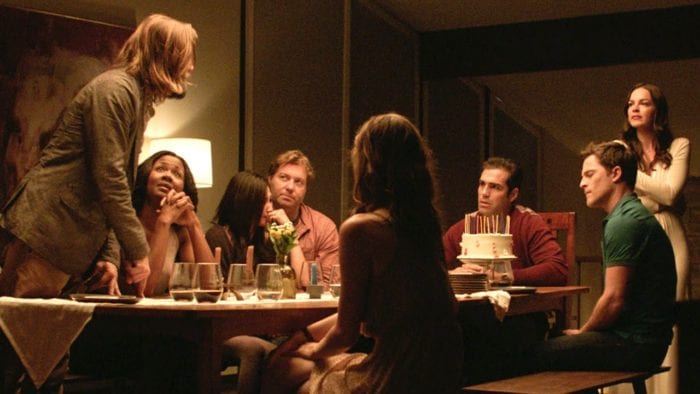 Sometimes, the best LGBTQ horror representation is the type that portrays queerness as an every day, unchallenged part of life. Though the gay couple in The Invitation aren’t the main characters, this film is a must-watch for anyone who loves a slow burn horror film—and be warned: this burn is slow. The ensemble film follows a man named Will as he attends his ex-wife’s dinner party, a woman who seems rejuvenated upon joining a cult-like group known as “The Invitation.” As the night unfolds, Will realizes that there may be more at stake than his friendships. Though it may not have as much on-screen LGBTQ representation as these other films, gay couple Tommy and his partner Miguel round out and texturize the cast, normalizing queerness as an everyday part of life. 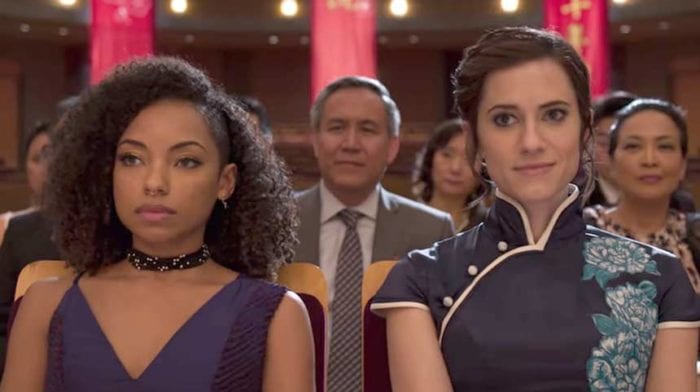 At the outset, The Perfection seems like a run-of-the-mill psychological thriller akin to Black Swan: after accomplished cellist Charlotte has to give up her career to care for her ailing mother, she attempts to return to the competitive industry. There she meets Lizzie, the woman who replaced her when she dropped out, and falls in love—or lust—with her competitor. But as this LGTBQ horror film unfolds, it veers off track into absurdist body horror, wavering between sincerity and camp with varying degrees of success. While The Perfection is far from perfect, it does showcase a complex sapphic romance that adds nuance and ample on-screen representation. Be warned that the film deals heavily with the topics of childhood sexual abuse and rape, with upsetting plot points that often feel played up for shock value. 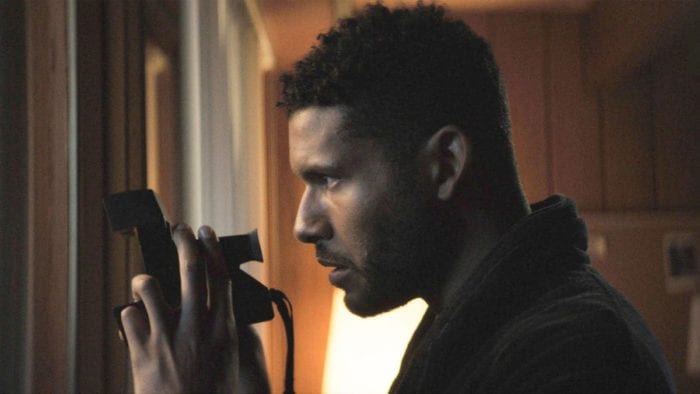 Much like The Retreat, Spiral doesn’t hold back on its portrayals of the trauma many in the LGBTQ community face. It follows a gay couple who move into a new neighborhood with their daughter Kayla, only to discover the town’s history is much darker than they imagined. The film’s tone is set rather quickly after new neighbors mistake Malik, a black man, for his white partner Aaron’s gardener instead of his husband—and it becomes increasingly apparent that the couple is not welcome in the neighborhood. Despite his partner’s view that he’s simply being paranoid, Malik begins to uncover a dark secret that faces anyone who refuses to assimilate into the heteronormative ideals of the town. Ultimately, Spiral doesn’t diverge a great deal from other cult-based horror films, but it is unabashed in its focalization of queer trauma, with overt portrayals of a hate crime serving as a recurring motif throughout the film. While it’s certainly not a light watch, this LGBTQ horror film offers some solid scares and is one of Shudder’s stronger original films.

River is a writer from New Orleans who has been fascinated, disgusted, and obsessed with horror from a young age. When she's not watching b-movies, she writes fabulist fiction.