I love all of the Wrong Turn films and, as far as franchises go, they’re my absolute favorites. I can tear through any of the six films with total glee knowing the obnoxious style of killings throughout the series seems to always outdo the last. Someone is axed head-to-toe down the middle in Wrong Turn 2: Dead End, origin story Bloody Beginnings starts with snowmobile decapitations, and an incestuous coming home story features a unique hose death in Last Resort. They may not be top-shelf films or even top-shelf horror, but they’ve always been a blast to watch. A part of me hoped they would keep feeding me those direct-to-video sequels forever, but a six-feature franchise was destined to generate a reboot.

The original Wrong Turn was a schlocky backwoods throwback movie to the cautionary “don’t go in the woods” slasher and survival horror films of the ’70s and ’80s. A group of teens becomes trespassers in the woods of a sadistic group of off-the-grid inbred hunters who turn out to be ruthless cannibals. The hunters are mutated and have obvious deformities perpetuating similar villainy through a The Hills Have Eyes lens with a scene change. The film was far from a horror masterpiece providing more of a campy, hokey, midnight-movie vibe to what would have otherwise been a serious horror picture.

Though much is different about the new Wrong Turn, it still maintains a lot of the story structure of its counterpart. The way it deviates, however, is by creating a heavier survival tone and going a lot darker. This helps the latest film in setting up the scares by increasing the abilities and numbers of its Appalachian mountain boogeymen while also providing clearer reasoning for their motivations, making for a far better horror picture than the B-movie feel of its predecessor. The society formed in the Virginian mountains the hiking group of unsuspecting hikers encounter is not unlike that of the indigenous tribe in the 1980 cult film Cannibal Holocaust. Self-sustaining, cut-off people that don’t take kindly to outsiders, especially those that trespass on their land or murder their people.

This is the setup the new Wrong Turn plays into as a parent of one of the hikers (Matthew Modine) starts investigating the disappearance of his daughter Jen (Charlotte Vega) when she doesn’t return from her trip with her boyfriend Darius (Adain Bradley) and their friends. He picks up the breadcrumb trail from where she vanished in a small Virginian town the group was staying in before hiking the Appalachian Trail. The story then shifts back to the group’s trip six weeks earlier where, despite all warnings and confrontations by the locals, the hikers still decide to go off the trail in search of a nearby Civil War fort and the opportunity for an Instagram pic or two.

It isn’t long before a tragedy occurs and the group begins to learn that the woods are filled with traps and strange men dressed in deer-skulls and fur pelts. A heated altercation between the hikers and these tribesmen results in one of the hikers, Adam (Dylan McTee), murdering a tribesman, and the hikers are immediately forced to run for their lives. Eventually, they’re abducted and forced to suffer in a kangaroo court held by the tribe’s leader (Bill Sage) where they are all passed judgment on for their crimes. The idea of the tribe’s barbarism is refocused on the world that the hikers come from, a central theme seen in Cannibal Holocaust, as well.

The picture proves to be at its darkest going forward. With the hikers captured, they’re forced into compliant servitude which, given the alternative, proves to be the better option. Jen’s role can be particularly cringe-worthy for some viewers, as she does whatever she needs in order to survive the situation. Her father eventually catches up as well—what would the story have been if he never found them, right? Might be a hell of a twist I guess, but not a very fun one. It’s also hard not to say anything about the finale of the film, relying heavily on that serious tone and tension by causing an abrupt juxtaposition right when viewers have let their guard down.

From a technical standpoint, the movie looks amazing. Director Mike P. Nelson (who also directed the fantastic The Domestics which I absolutely loved) does a great job of making the forest look foreboding and blanketed in dread. The acting is all quite good here, as well, and, best of all, it feels like a more mature horror picture than the studio-based 2003 film that angled for the audiences of Scream and I Know What You Did Last Summer. I mean, there’s even a scene where Jessie (Eliza Dushku) screams “I’m right here come and get me” in the original. You can tell Alan B. McElroy, writer of both the 2003 and 2021 Wrong Turn films, may have finally been able to make the film in the style he wanted to. McElroy and Nelson don’t reinvent the wheel or anything, but the film does deliver its share of smart twists and brutal death.

There are a few nods to Wrong Turn’s roots here, too, allowing for some side smirking from big fans of the series like myself. Jessie and Chris (Desmond Harrington) escape from the hillbillies in the original and hide out under a waterfall for the night. Early on in the reboot, Darius says to Jen “Remember the waterfall?” to get her to go off-trail. It’s a big scene in the original and one with a heavily argued deleted scene of a kiss between Chris and Jessie attached to it. I’m not sure I caught all of the moments (it may actually be about time to rewatch the franchise), but my favorite nod was a cheeky one-liner about an “inbred cannibal” movie toward the end.

Wrong Turn is worthy of the watch because it isn’t the same old story. Fans of the original hillbillies Three Finger, Saw Tooth, and One Eye may feel a longing for those characters again, and I completely understand. The old franchise is still fun to revisit, but if you’re looking for something slightly more harrowing and a bit less cheesy, then the new film may work for you too. 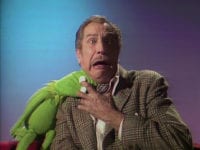